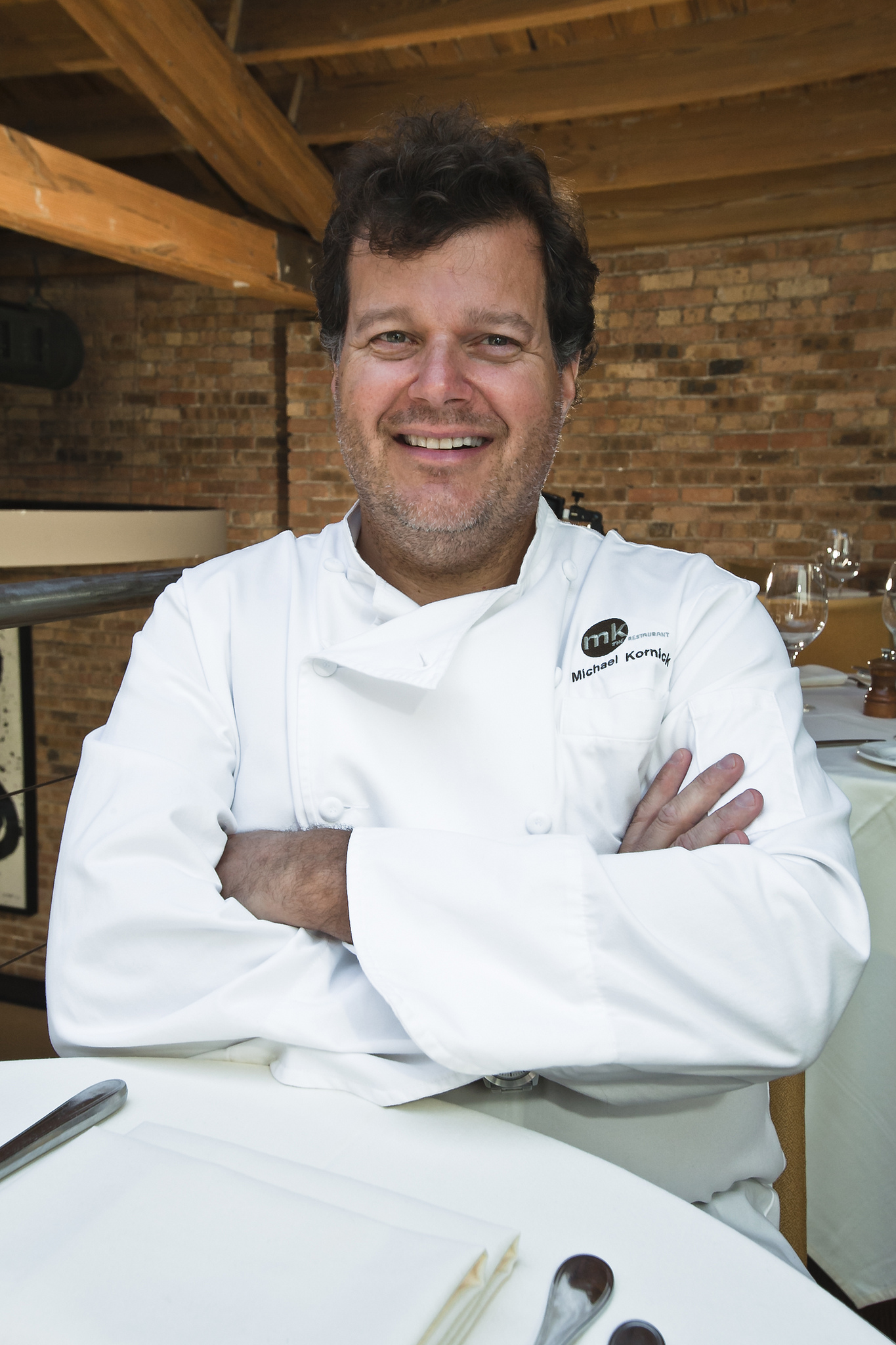 “Hearty chicken soup with big chunks of parsnip celery and carrot.” That’s what Michael Kornick, chef and restaurateur (mk and Ada Street, among others), thinks of when I ask him about his favorite comfort foods. “It was like a meal. You go to delis all over the country,” he remembers, “and they have Mish Mosh soup, which is everything thrown in, and then you have, like Chicken in the Pot or something like that, and that’s the soup I’m talking about.

“There’s something very comforting about sitting in Italian Village and having spaghetti marinara. It reminds me of meeting my father for lunch; we’d head over to the bar, and like two-thirds of the people there knew the bartender. He’d have a martini, and we’d both have a bowl of pasta and garlic bread. And the Cubs were on television, because they played only day baseball. Very comforting. And I feel the same way about walking into a place like Gibsons, whether I’m going for steak or a grilled cheese sandwich. There’s something very ‘neighborhood’ about the experience that gives a lot of comfort to locals.”

Grandmothers seem to have had a powerful influence on many Chicago chefs perhaps because it was Grandma who had the time to cook. We tend to think of our grandmothers as making the best version of specific foods… but Kornick is skeptical.

“Some people may admit that their grandmothers were not great cooks,” says Kornick, “but there’s something about the place where you had the food that was comforting. My grandmother lived in my house when I was growing up, and there were things that my grandmother and mother made that were the best… regardless of whether they were really ‘the best’.”

I asked Kornick about what food his grandmother and mother made that he found “the best.” Without hesitation, he said “Brisket!”

When asked about whether his family’s brisket has influenced anything on his current menus, Kornick said he believes “Slow cooking in general was big among Eastern Europeans, because we sometimes had a problem getting fresh and tender meats. We often had the stuff that was tougher. I do a lot of slow cooking, though what I do now is very French influenced.”

I mention to Kornick that a lot of the comfort foods he’s mentioned are very, um, meat-centric. He readily agrees, saying “That’s because growing up there was only one fish in my house: white fish with paprika on top.”

Great article David. Keep up the good work. I am definitely going to take that recipe for a spin!