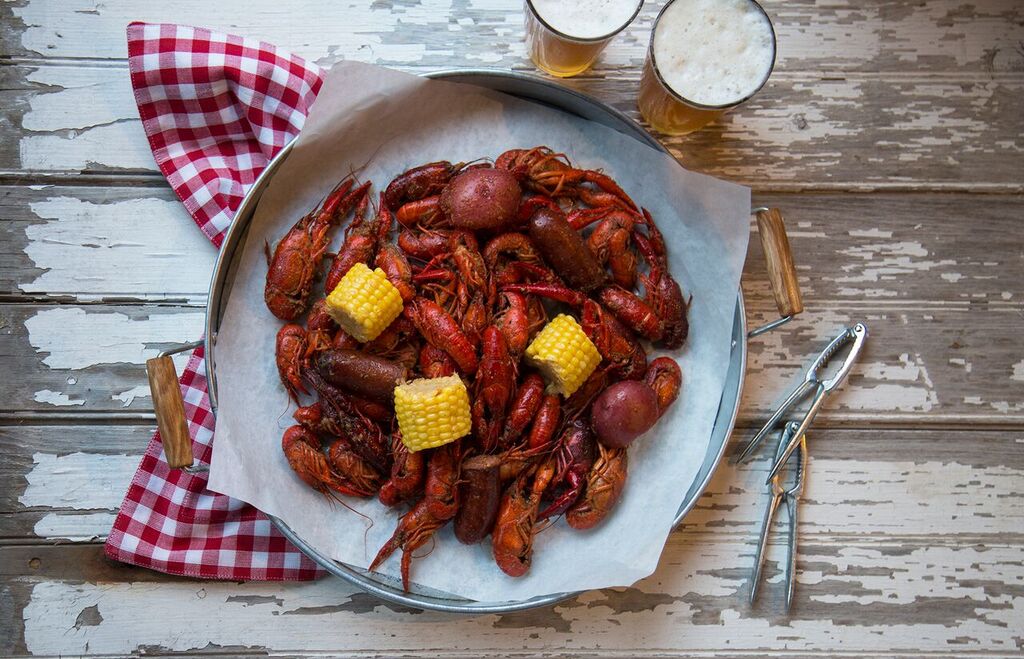 Crayfish—crawfish, crawdads, mudbugs… whatever you call ‘em, if you’re a Chicagoan, it’s not likely you grew up with these creatures on your dinner plates. This is the season to set that right.

Alfredo Nogueira can’t remember the first time he ate crawfish. “But I’m sure I was really little,” says the chef, who grew up just outside Orleans Parish in Louisiana. Relocated to Chicago, where at Analogue he serves Cajun and creole food (and probably the city’s best cup of chicory coffee), Nogueira is spinning crawfish tales, telling us how he got his start cooking the creatures. As a young teen busing tables at a huge-volume seafood restaurant, being cool was of interest; being brawny, even more so. “And there was no one cooler or brawnier than the guy who was in charge of the crawfish boils,” Nogueira laughs. “I said to myself, that’s what I want to do.” Nogueira got his wish senior year of high school, and, through the steamy hot, hard-labor of toting huge kettles and boiling the seafood, he achieved brawn. “I’m not sure about the ‘cool!’” he adds. 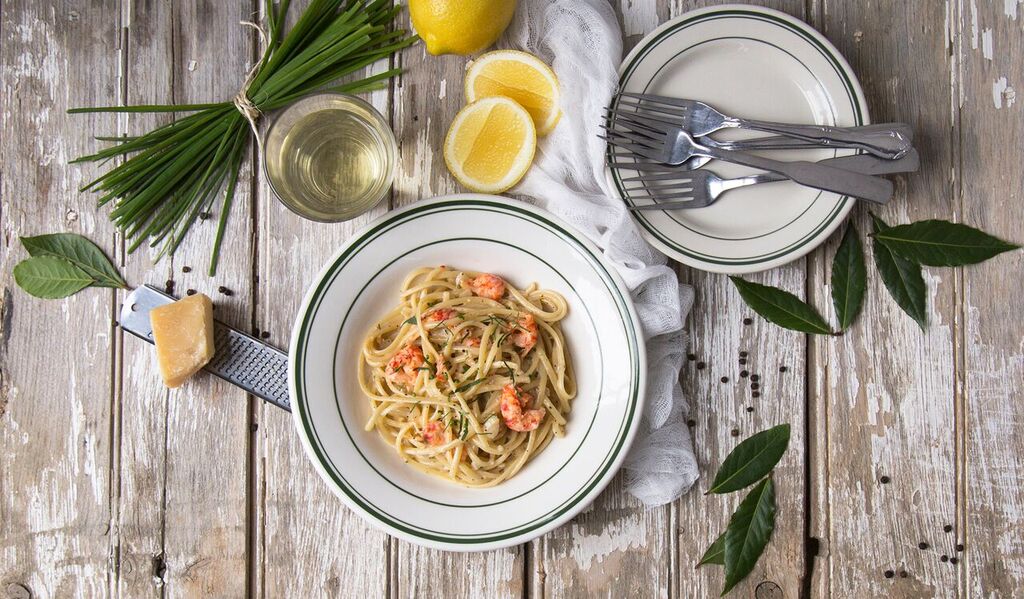 During crawfish season (February through June-ish) Nogueira and other chefs around town have been cooking crawfish every which way they can, serving the sweet meat to relocated NOLA-ans starved for home and Chicagoans who may never have seen a mudbug before. This year is a particularly good one for the crustaceans, due to the mild winter and plenty of rain, which coaxed the critters out of their burrows earlier and prompted them to eat more. “We started getting them very early this year,” says Stacy Schultz, marketing manager and sustainability coordinator for Fortune Fish & Gourmet in Chicago, “and the season should go through June.” Because they’re little (only two-and-a-half-to-four-inches long), it takes between six and seven pounds of whole crawfish to yield one pound of tail meat.

Getting at that meat often starts with a crawfish boil, happening at Chicago restaurants including Lowcountry, Analogue, Frontier and Kinmont. A traditional boil, according to Nogueira, entails mixing a chef’s choice of spices with plenty of onion, garlic, lemon and “tons of bay leaf” into a kettle of boiling water.

“I like to add some citrus juice—either orange or lemon—to my boil, to enhance the flavor of the meat,” says Pan Hompluem of Lowcountry, who serves the finished crawfish with a choice of sauces. And while no two chefs’ crawfish-boil spice blends are the same, most include lots of cayenne, black pepper and paprika. Beyond spices, the “boil” includes crawfish, cobs of corn, whole red potatoes and sometimes links of Andouille sausage.

Once the crawfish are ready, eating them is a four-step process, helped along with plenty of beer. “You kind of get into a rhythm with it,” says Nogueira. Grasp the tail in one hand and the head in the other, twist to separate the two, pluck the tail meat from the shell, and eat. Then suck the juice from the head, swig some beer and repeat. “Some people are squeamish about the heads, but there really is a lot of flavor in the head juices,” he adds. About the beer, it’s “cans, usually, just a lager or pilsner, something refreshing with a lot of carbonation that’s not too heavy on the palate,” says Dennis Gutierrez, chef de cuisine at Kinmont. “You get so much flavor from the crawfish boil, anything else would be overwhelming.”

And when the party’s over? That’s when some chefs “pick” crawfish. “There’s always lots left over, so you crack open more beers and get to it,” Nogueira explains. At Analogue, the pounds of nice-and-spicy picked meat goes in to making étouffée, crawfish-tail “lobster” roll sandwiches, crawfish boudin or Crawfish Monica.

Other chefs, such as Brian Jupiter at Frontier and Paul Fehribach at Big Jones, skip the picking and order in fresh crawfish tail meat. Jupiter’s doing étouffée and crawfish po boys with his. Fehribach’s featuring crawfish tails three ways: in étouffée, crawfish hand pies and in a crawfish cream, poured over hot-and-crispy corn hushpuppies with cheddar cheese and green onion. 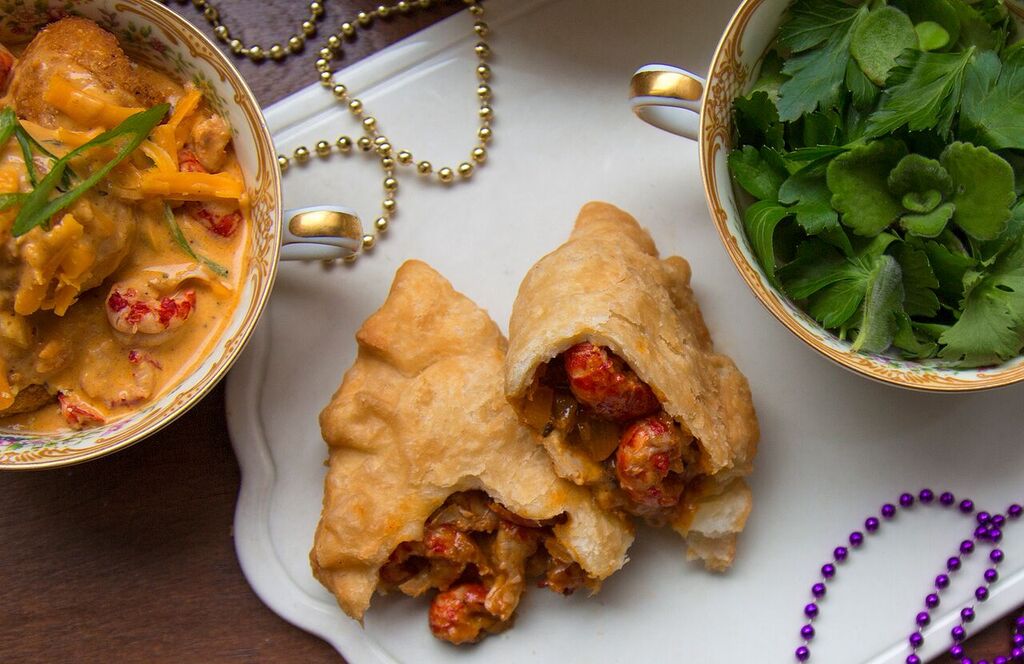