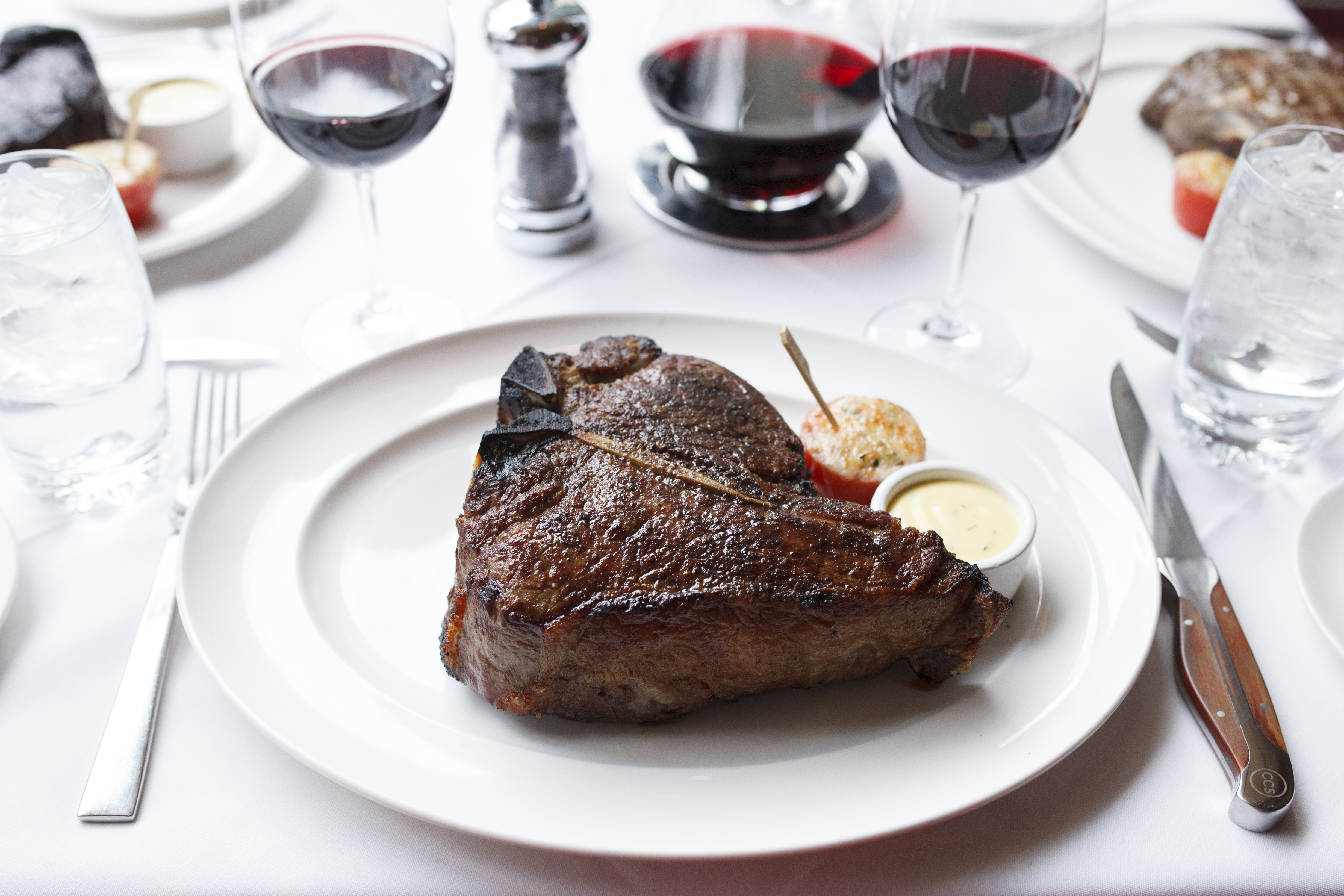 There are a lot of steakhouses in Chicago, which we’ve always interpreted to be a holdover from the days of the Union Stock Yard, once the largest in the world. Though Chicago is no longer hog or beef butcher to the world, people still visit our city with steak on the brain. Consequently, there are a lot of excellent steakhouses in the city to choose from, many serving superior beef.

David Flom, managing partner at Chicago Cut, gives us the lowdown on what he believes makes an excellent steak. Turns out, it has a lot to do with the elevation where the cattle is farmed, how it’s aged, where it’s butchered, and what kind of knife you use when eating it.

Altitude–high, but not too high

“My partner Matt and I,” says Flom, “tried beef at different elevations in five-hundred-foot increments. We found that we liked the stuff from 1,300-1,400 feet. At lower altitudes, less than 500 feet, the muscle seemed loose, it didn’t seem strong, and the flavor was not as intense. Higher, we found the muscle tissue to be denser and the flavor better.”

Just as Olympic athletes build world-class musculature by training in the mountains, so cattle raised in the mountains has, according to Flom, more developed muscle tissue. But higher does not automatically equal better. Says Flom, “If you go too high, the muscle gets almost like beef jerky, and the flavor is too strong. 1,300 feet is the sweet spot.”

Dry Aging–dry, but not too dry

A number of Chicago steakhouses dry age their steak, which maximizes flavor.

“With any animal,” explains Flom, “a third of its body weight is water. If we leave the water in, the muscle will have diluted flavor. We use a dry-aging process. We put the meat in a refrigerator that maintains the temperature at thirty-six degrees and humidity at sixty-five percent. We evaporate water from the tissue. We don’t want to get to a zero water factor, but we do want to get down to ten-to-fifteen percent, so there’s still some moisture in the steak and you’re tasting more of the muscle.”

Most steakhouses, however, do their butchering off-site. Chicago’s finest Chicago steakhouses–Smith & Wollensky, David Burke and Chicago Cut, among others—butcher their steak in house so that the meat doesn’t oxidize and get funky before it’s fired and served.

“Cut an apple,” suggests Flom. “In about half an hour, it goes brown. With the apple, you see that. The same thing happens with a steak. You just don’t see it as readily.”

At most steakhouses, the steak you’re eating tonight was cut maybe twenty-four-to-forty-eight hours ago. Then in order to ship it, it’s put in a heat-sealed Cryovac bag and, explains Flom, “for a split second you’re cooking the meat. I don’t like the taste.”

Michael Jordan’s Steakhouse serves some excellent steak, but according to Flom, the serrated knives used there and at other steak houses could be a problem.

“With a serrated knife, you’re tearing the meat, opening more cells and letting the moisture fall out onto your plate. In that liquid is a lot of the flavor. With a straight blade knife, you’re cutting it clean and you’re not going to have the tugging and pulling that draws moisture out of the steak. With a straight blade knife, a lot of the moisture is going to stay in the steak.” (David Hammond)