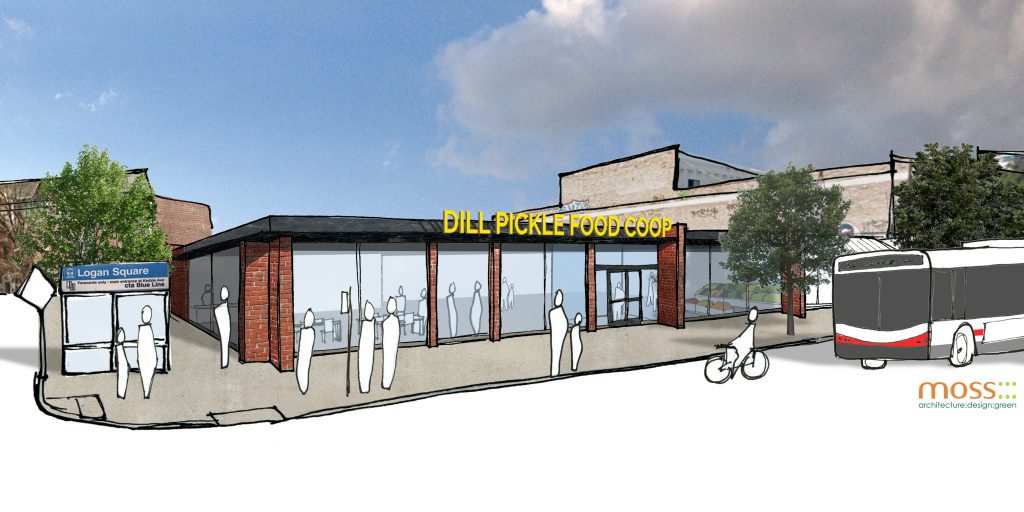 Those who like to eat good food, as well as those who support the cooperative business model, will be thrilled to learn that the Dill Pickle Food Co-op is planning a major expansion.

We recently sat down with Sharon Hoyer, Dill Pickle’s general manager (and Newcity dance editor) to hear how the currently rather tiny, much beloved Dill Pickle is going to be getting a lot bigger and better.

Could you lay out some history of the cooperative business model?
There are claims out there that the cooperative business model came, originally, from the Rochdale Society of Equitable Pioneers in England in the nineteenth century, but there are arguments to be made that it goes way back before that. We’re currently the only food co-op operating in Chicago. There’s one that just opened in Oak Park called Sugar Beet. All cooperatives nationally adhere to seven principles, one of which is cooperation amongst co-ops, so we’re in close collaboration with them. I’ve shared information; there’s an open philosophy of shared abundance. If Cheryl Muñoz (Sugar Beet founder) wants to see our financial statements, I share them. We send our staff over to support them if they’re struggling. It’s a common thing among co-ops.

You’ve got some really big plans for the Dill Pickle. Tell us about the expansion that’s underway now.
Our current tiny storefront is only 1,300 square feet, roughly the size of a three-bedroom apartment. We’re crammed in there, and we have been since day one. That store was opened on member funding alone; we didn’t take out any bank loans; we just took out equity, and we take funding from actual co-op members, who give interest-bearing loans to the business. It’s unique for co-ops and small businesses, because you couldn’t usually get a loan for expansion. But if you were the owner of that business, you could. So, we’re community funded. We got this thing open on a shoestring, and immediately we were out of room. From the moment I was hired into the position, we’ve been looking at sites for expansion, so three years of site searching and negotiations led to us signing this lease on a location at Milwaukee and Spaulding. We’re looking at being open by the fall of this year. We’re going from 1,300 to 10,000 square feet, plus a basement.

And you’re in a fundraising mode right now, correct? And have a push on for ownership loans?
We’ve had Project 2746 events going on throughout March. If we don’t hit our goal exactly, we’ll keep going, but we have a commitment from the Chicago Community Loan Fund and another called The Shared Capital Cooperative.

And individual membership is the fuel that drives the whole operation. Why become a member if you can just shop there anyway?
We have 1,750 members right now, and we’re open to the whole community, anybody can shop there, and about fifty percent of our customer base is our owners. Anyone can join, and we hope to have 4,000 owners in another year. The benefit of ownership at the top is that the business is democratically governed. Owners elect the board of directors, and as an owner, you get special discounts and deals: we do ten-percent off one day of your choosing per month, we have special sales and discount days. We have hands-on owners who work in the store, but it’s totally optional. There are some co-ops, though I think Park Slope’s is the only one left, that have mandatory rules, like you must work, and we’re not like that but you may, and you receive additional discounts if you do.

How will those revenues shift, and what else about the store will change with this move to the new location?
Our market study anticipated that we’ll do six and one-half million in our first year, so more than triple [current revenue]. Our staff will triple, we’ll have the deli, a much larger produce section, a service counter, and we’ll be much more of a full-service grocery. It’s pretty exciting.