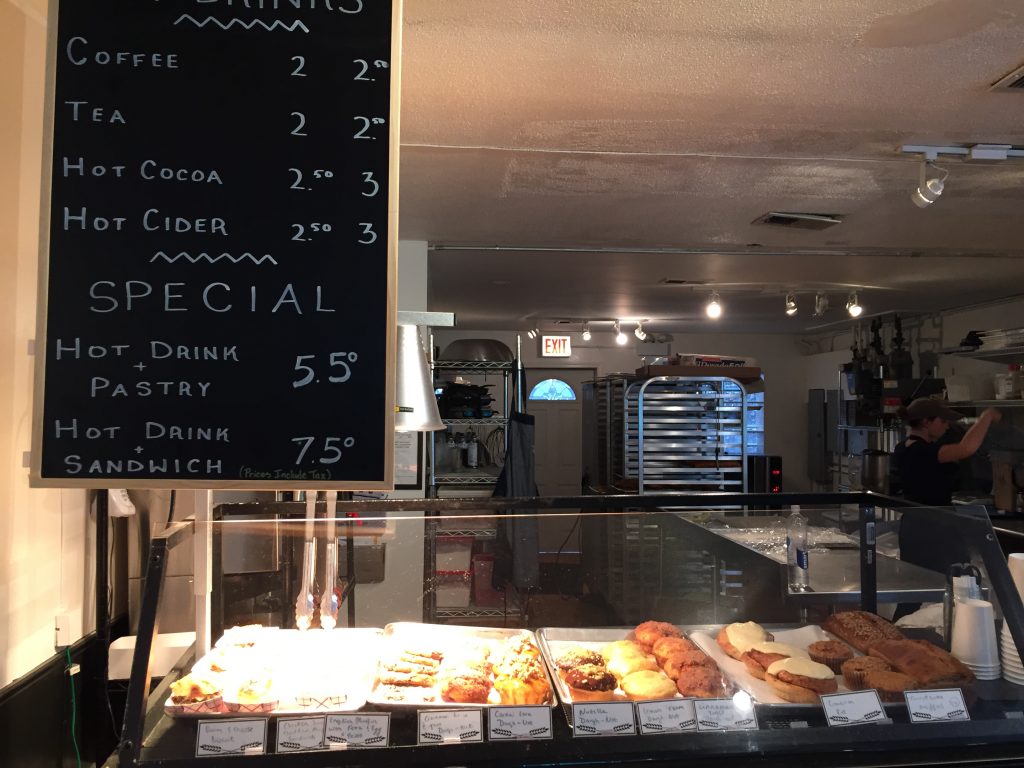 Iliana Regan is more than two months into her newest venture, Bunny, the Micro Bakery, described on her website as “perhaps the tiniest bakery in town.” It may well be: it’s only 700 square feet.

“It’s more a small bread-focused restaurant than [a place where you’d] order your Thanksgiving pie or your wedding cake or have four different types of cookies,” she says.

Bunny is one of a few small-but-mighty bakeries that have cropped up recently. Baker Miller and Fat Rice have also taken over shoebox-sized storefronts, and, like Bunny, they’re serving up narrowly focused, high-quality takes on breakfast and lunch at more affordable prices.

Baker Miller launched Hot Bar, a one thousand-square-foot neighborhood bakery next to the Francisco Brown Line stop. Half the bakery is taken over by the kitchen, which also makes baked goods for Baker Miller. Aimed at commuters as a grab-and-go, Hot Bar offers dark-chocolate-mousse-stuffed and cinnamon-toast-crusted “dough-nots” baked in muffin tins, breakfast sandwiches and sunflower rye bread, crisscrossing with Baker Miller’s menu.

Fat Rice’s newest Chinese bakery is also focusing on grab-and-go, spinning out sweet and savory pastries like purple sweet potato sponge cake, marshmallow-fluff-filled malasada (yeast dough fried and dipped in sugar) and pig-faced buns stuffed with chorizo. “There are all kinds of things we’ve always wanted to share but didn’t have the space,” Chef Abraham Conlon said in a press release. “The new bakery is going to give us the chance to explore a new side of Fat Rice.”

Micro bakeries have been on the rise across the country for years now, with bakers operating out of their kitchens or small storefronts and selling bread in-house or at farmer’s markets. They’ve been slow to catch on in Chicago.

“This isn’t about hopping on a trend or making a quick buck,” the chef says. “This is a long-term thing that most likely is gonna give me arthritis and carpal tunnel and hurt my knees and my back, but I show up every day because I like doing it.” Regan and her business partner have poured thousands of dollars into the bakery. So far, she’s paid herself zilch. In the first few weeks, Regan was working eighty-hour weeks, getting up at 3am to make the whiskey-glazed donuts at Bunny and spending evenings at Elizabeth.

“There’s no romance of me frying up some eggs and making my mini loaves at home and gazing out the window thinking about puffs of flour,” the chef says. “It’s like holy fucking shit, what day is it. But I’m excited for people to eat this, and that’s why I do it.” (Rosemary Lane)