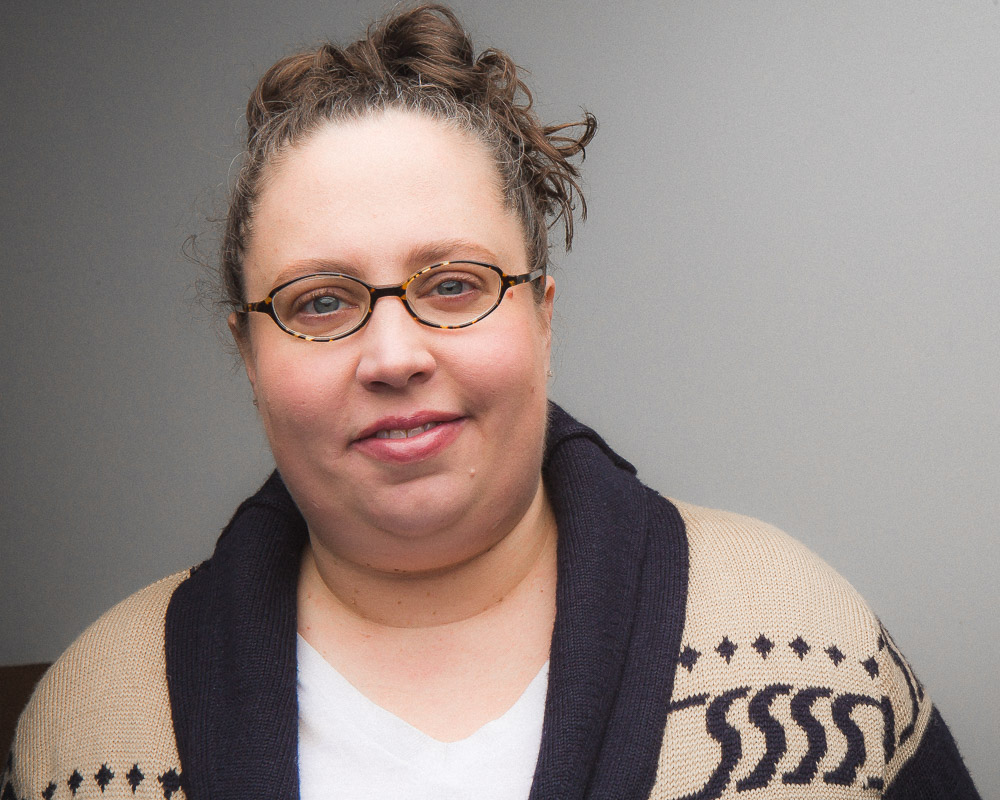 11
Amanda Barnes
Chef
Amanda Barnes is letting loose and loving every second of it. Last year, she made the move from Mindy’s Hot Chocolate to Celeste, and she’s been enjoying the opportunity to make bold moves on her menu. Adopting her mentor Mindy Segal’s philosophy–“If it’s delicious, it goes on the plate”–Barnes reaches across regions to deliver sophisticated and unusual dishes. A particular focus of hers is food that normally gets pushed aside. “It’s really important to do strange items in an approachable way,” she explains. Items that were traditionally considered waste, like fish skin, sweet breads and fish collars, are turned, by Barnes, into incredible bites. “If you can get the moment of ‘delicious’ from something like fish skin, it’s a win.” Barnes is working on a new concept; stay tuned. 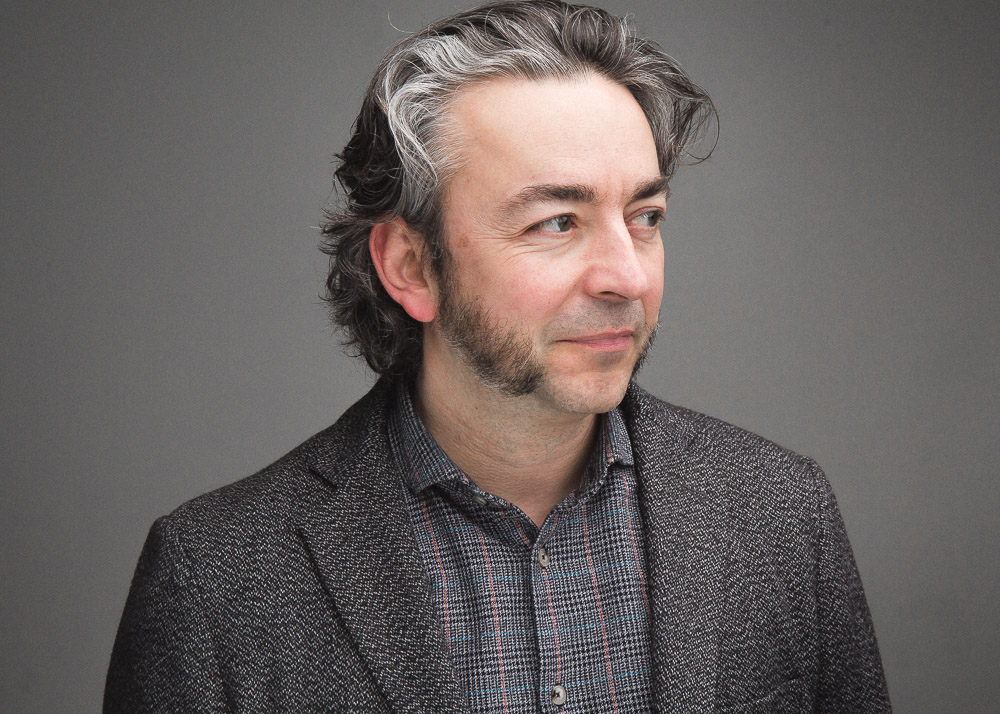 12
Matthias Merges
Chef
Matthias Merges, owner of three Yusho locations, American comfort-food spot Billy Sunday, and the elegant A10 Mediterranean, says the Chicago community accounts for many of his accomplishments. He and three other prominent Chicago chefs started Pilot Light to teach school children about food and nutrition, and he works with the Cook County Correctional Facility to help nonviolent felons find work and gain a new perspective on life. “Community engagement, giving back to your neighbors and the city where you do your business, and making it a better place, is crucial to finding your own success,” he says. With a brewery opening in July and two new projects in the works, Merges says he loves his job more than ever. “One of the most wonderful things about this business is that every day gives you new challenges, every season gives you new things coming out of the ground, you’re always meeting new people, and the whole thing is so dynamic. I love it.”

13
Paul McGee
Bartender
Paul McGee was making craft cocktails before they were cool, working for almost two decades in Houston and Las Vegas before moving to Chicago in 2008. Here, he opened The Whistler and Three Dots and A Dash, which was named Chicago’s Best New Bar by Newcity in 2013 and Chicago Magazine in 2014. This year, Lost Lake, his new tiki bar, was named Imbibe’s 2016 Cocktail Bar of the Year. As beverage director for Land and Sea Dept., McGee oversees the menu at Milk Room, in the Chicago Athletic Association Hotel, focusing on unique bottles and a small but complex menu. 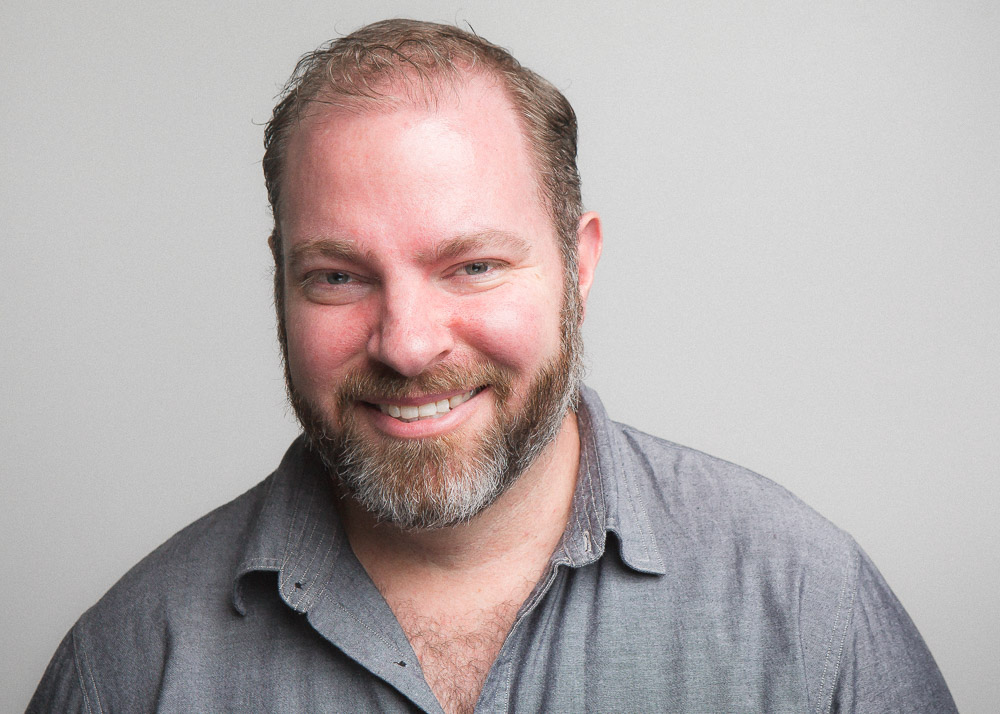 14
Thomas Lents
Chef
At a time when largely Democratic Chicago seems particularly down on the idea of Donald Trump, the eponymous Sixteen on the sixteenth-floor of Trump Tower, headed by Thomas Lents, continues to draw raves from civilians and critics alike. In 2012, the city’s embrace of the modern fine-dining movement attracted Lents from Joël Robuchon in Las Vegas. As one of a rarefied multi-starred handful in town, Sixteen has legitimately set itself apart from the mothership as an institution unto itself. We only wish he’d get back to his Instagram account, which for some time now hasn’t posted any of his stunning, composed sneak-peek plates—and that’s honestly the first time we can remember complaining about a local chef’s lack of social-media presence.

15
Lee Wolen
Chef
When you picture a rising local chef who has torn a path through some of the world’s most exalted palaces of fine dining—including Eleven Madison Park and El Bulli—you might not expect him to head to the relatively less adventurous Lincoln Park. Yet in 2013, that’s what made Boka’s luring of Lee Wolen such a coup. Since then, menu and service have evolved under Wolen’s leadership and he has received a shotgun blast of award recognition. According to the chef, the restaurant’s busier than it’s ever been. He credits the neighborhood. “The culture of dining out on, say, a Monday night is a lot different here than it is in the West Loop or Wicker Park. And the clientele here appreciate what we strive for. Restaurants with great food and great service are the ones that last.” 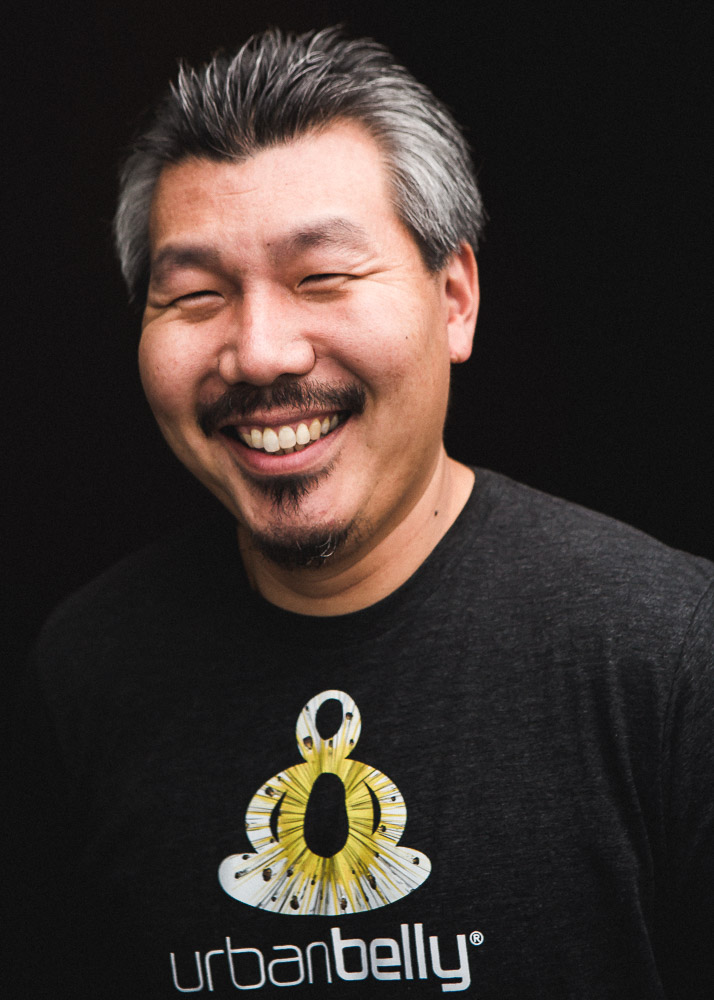 16
Bill Kim
Chef
Opening a new Wicker Park outpost of Urbanbelly, Bill Kim finds himself reflecting on the eight years he’s spent serving customers at the various locations of his growing Belly Empire. “My wife and I just wanted to work hard and be our own bosses,” he says. In the time since Urbanbelly’s original strip-mall location, Kim has seen patrons date, become engaged, marry and bring their children into his restaurants. Urbanbelly begat BellyQ and the former fine-dining chef made a name for himself with casual Korean-inflected fusion. For the new location, Kim and crew have developed a beverage program including cocktails, mocktails, craft beer and a spirits list including whiskies from Japan, Thailand and Korea. He’s enjoying the ride. “Waking up every day, being alive, being part of the culinary field in Chicago: it keeps me going.” 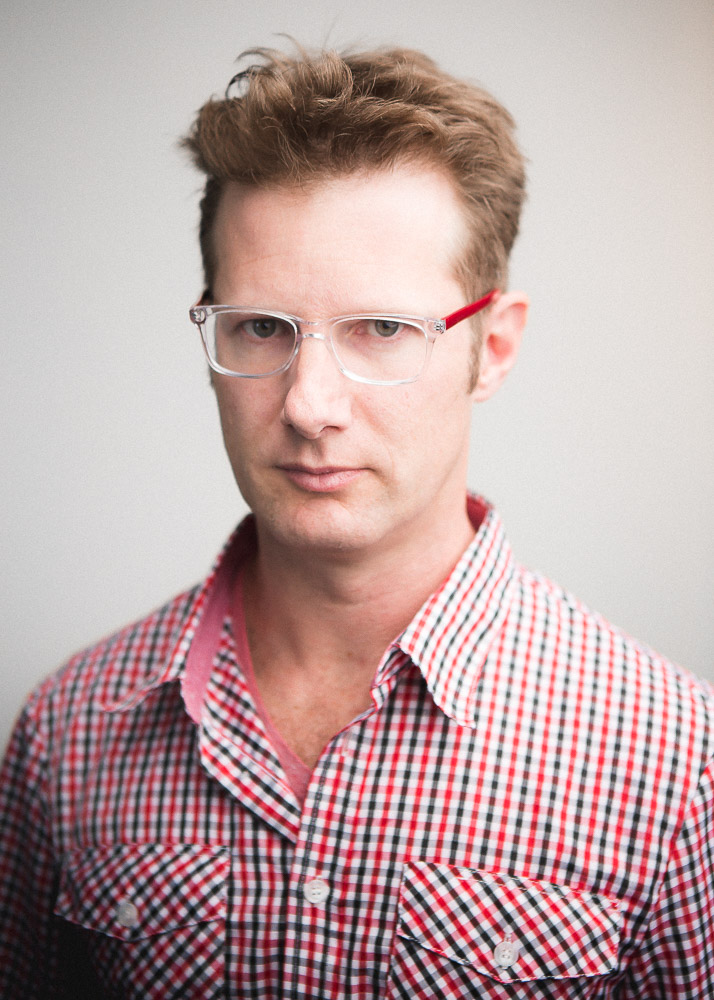 17
Phillip Foss
Chef
Phillip Foss is a fine-dining chef with a fine-dining restaurant in a location very atypical of the fine-dining scene. El Ideas, named for the El train—and meant to suggest ELevated, ELusive and rebELlious ideas in dining—brings Michelin-star quality, experimental dining to Chicago’s South Side. Guests lick, suck and inhale their food, and it is often the best dining experience of their lives. Foss says the restaurant is reflective of his personality. “I enjoy myself in the kitchen by having fun and I like making people laugh. The restaurant is the perfect stage that allows me to do that.” Many Chicagoans know Foss for Meatyballs, his popular food truck shuttered in 2011, which recently reappeared on UberEats. Foss is seriously considering reviving the truck, saying it “fits all of the El parameters of being elusive and rebellious; it felt good to get our Meatyballs out onto the street again.”

18
Jimmy Bannos, Jr.
Chef
It takes a lot of guts to offer offal on Michigan Avenue, but Jimmy Bannos, Jr. has not been afraid to serve up blood chorizo as well as pig tails (wonderful, meaty and chewy) and other “off” cuts to an audience accustomed to having the best. Son of Jimmy Bannos, Sr., an icon in the Chicago food scene, for Heaven on Seven and other ventures, Jimmy Jr. got into the business bussing tables at his dad’s place. Now, he’s quickly made his mark, receiving national attention and being nominated for a Beard award in 2013 and 2014 for Rising Star Chef–and winning that award in 2014. He was featured in Food & Wine magazine’s cookbook, “America’s Greatest New Cooks,” and one feels that the young Bannos is still just beginning a spectacular career in the culinary arts. 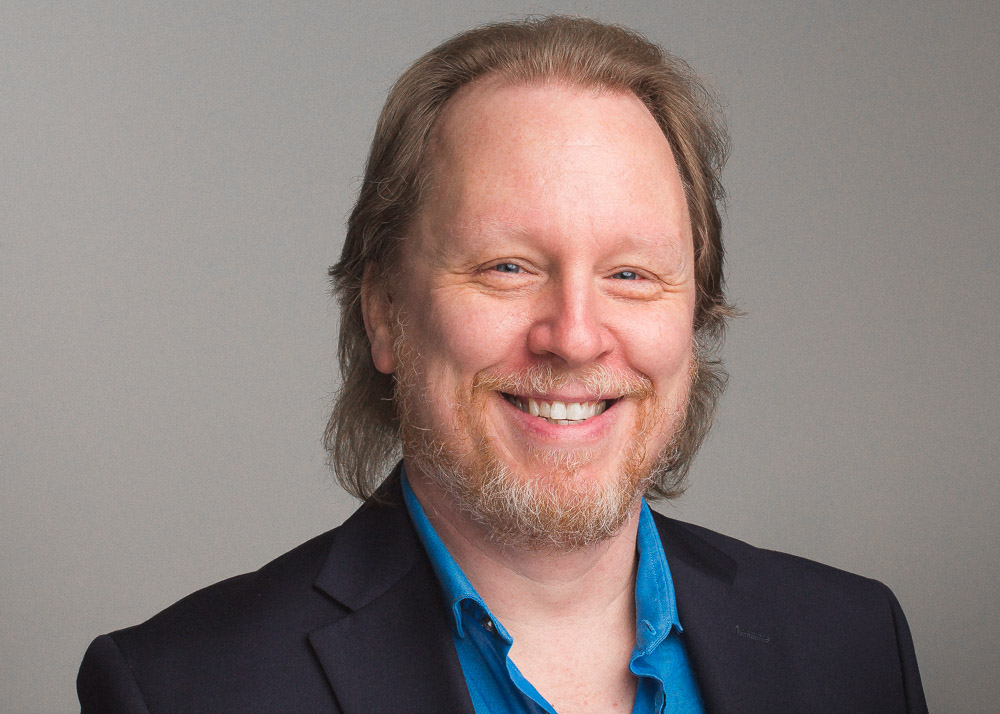 19
Paul Fehribach
Chef
With three consecutive James Beard nominations and his first cookbook behind him, Big Jones chef/co-owner Paul Fehribach comes into 2016 having found his groove in the traditional Southern cuisine he champions. So what’s next? Turning the tables and exploring the flavors of the Great Lakes, naturally. He’s interested in developing a new restaurant and new cookbook proposal to match, and he’s kicking around the idea of a new place that spotlights upper Midwestern cuisine. He’s also been experimenting with brewing distinctly local sours, using wild yeast fed with blueberries, cherries and persimmon pulp. What drives him, even with a packed travel schedule and a restaurant serving 10,000 a month, is the excitement of food. “When it’s strawberry season, I can’t even sleep because I’m looking forward to getting down to the market.” 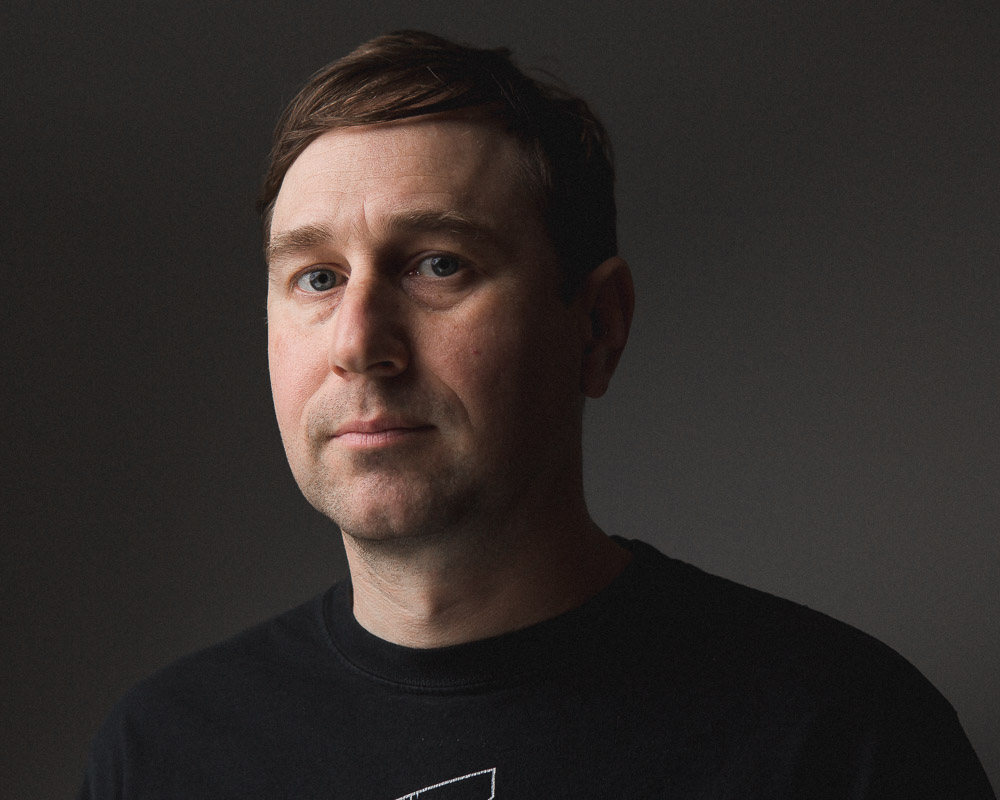 20
Art and Chelsea Jackson
Chefs
Five years since converting a Bridgeport hotdog stand into Chicago’s first British savory pie shop, Art and Chelsea Jackson are launching a beer-focused pub that puts Pleasant House’s expertise with meat pies, artisan breads and beer under one new roof. “The new establishment will allow us to offer a higher level of service and offerings to our guests and opportunities for our staff,” says Art. Strongly eco-and community-conscious members of Back-of-the-Yards The Plant, that “higher level” includes renewed commitment to urban farming, butchering their own locally sourced meats, stepping into partnership with another brewery for beer production, and milling grains from Illinois’ Breslin Farms for their naturally-leavened, wood-fired breads.  For fun? You’ll see more of the Jackson’s creative pie specials, like the Roman-styled Titus Andronicus pie they’re whipping up for King’s College in London to celebrate Shakespeare’s 400th birthday.