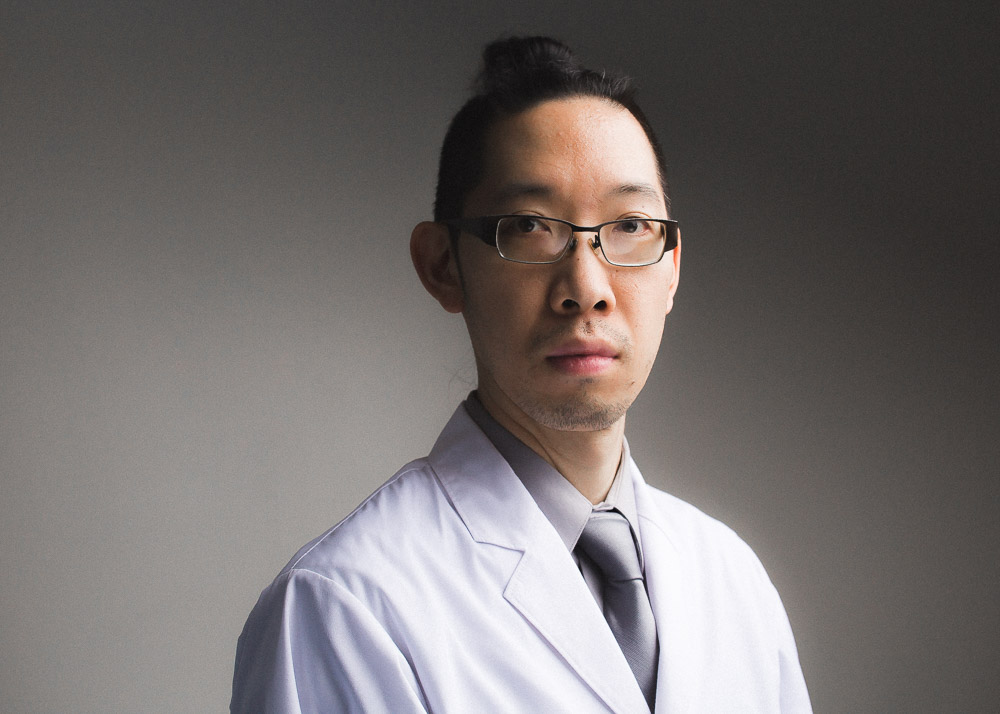 21
Gene Kato
Chef
Take a step into Sumi Robata Bar, and takumi, the essence of the artisan, is all around you. No more clearly is that concept exemplified than in the chef himself. Gene Kato knew from a young age that he wanted to cook professionally. Coming from a Japanese family, he focused on understanding and presenting the craft of Japanese cuisine to a Chicago audience. From an apprenticeship in Japan to nine years as executive chef and partner at Japonais, Kato achieved critical success with his cooking. When he opened Sumi Robata Bar in 2013, Kato had the chance to deliver on his mastery of Japanese cuisine and his respect for the spirit of takumi. He delivered. 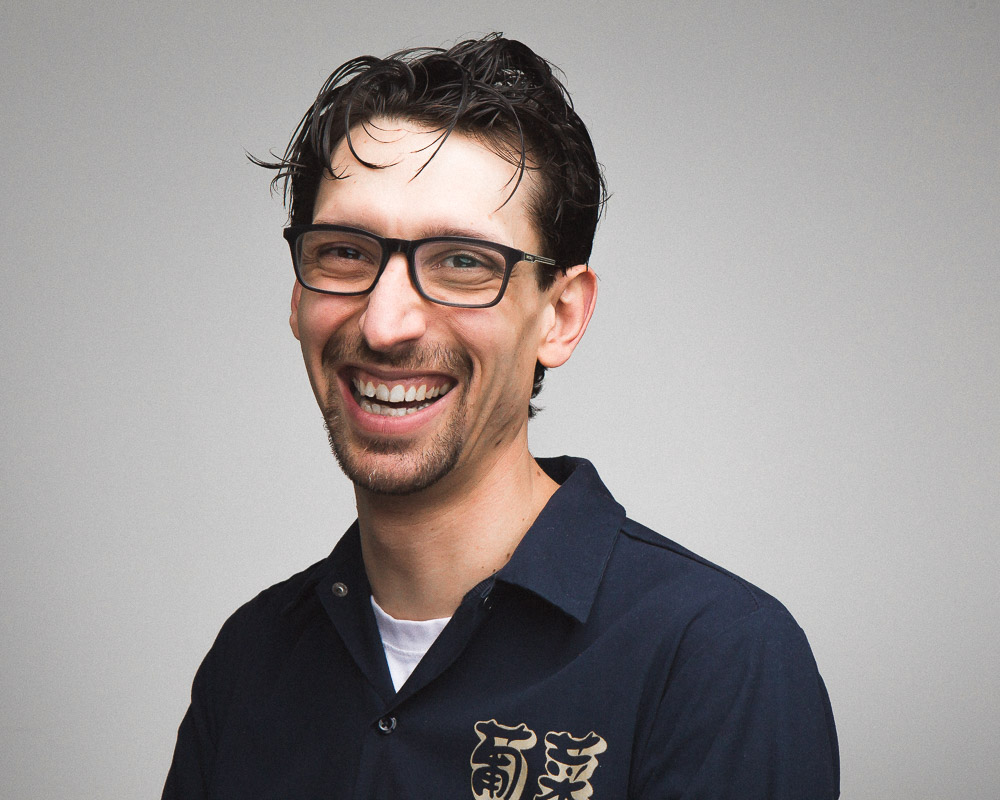 22
Abe Conlon
Chef
“Say ‘Yes!’ to opportunities, no matter how small,” says Abe Conlon, Chicago’s king of creative Eurasian comfort foods. Incremental yeses have Conlon in the midst of starting a new bakery-by-day/Portuguese-tapas section-by-night at Fat Rice, plus a spirit-forward cocktail area called the Ladies Room, all of which are explained in his upcoming “The Adventures of Fat Rice” (Ten Speed Press). The little yeses started eight years ago, says Conlon, “when I said Yes to Chicago and starting a job at a grocery store; I didn’t really want to work in a grocery. Turns out that’s where my underground dinners first hatched.” Exploring the foods of Macao and other Eurasian cultures, the dinners exploded: before even opening Fat Rice, Conlon had a mailing list of 5,000. “Chicago is a city that’s always coming up and reinventing itself. I love how open people are to new things, which allows me to take new risks.”

23
Michael Kornick and Erick Williams
Chefs
Michael Kornick is the man behind the landmark mk The Restaurant, as well as DMK Burger Bar, Fish Bar and Ada Street. County Barbecue is his joint venture with David Morton and mk executive chef Erick Williams. Balancing both the white-tablecloth concerns of mk with the more down-home vibe of a BBQ joint, Williams has long ago come into his own as a culinary force. Says Williams, “working with Michael Kornick is a great experience: he’s incredibly passionate about food” and it also “helps that we both love sports.” Though he’s one of Chicago’s few African-American fine-dining chefs, Williams admits, “Of all the cuisines that I love, soul food is my least favorite to cook. I would much rather work with obscure seafood and figure out how many ways I can prepare it.” 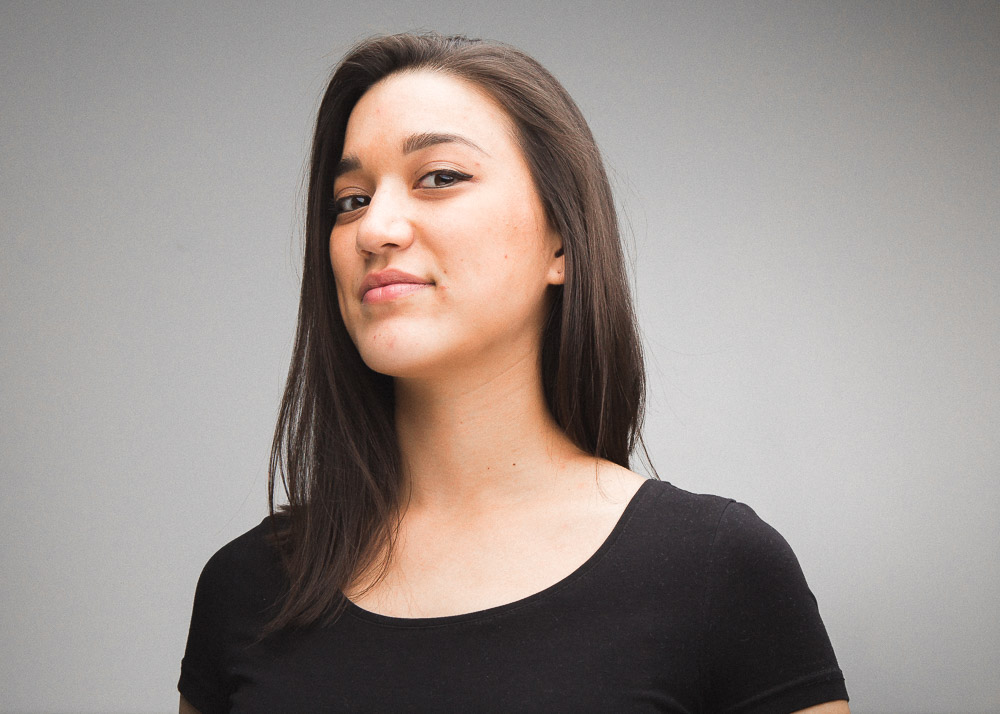 24
Tanya Baker
Chef
Becoming a James Beard Foundation Award finalist was a definite surprise for The Boarding House executive chef Tanya Baker. “It’s huge, completely overwhelming to me, and I almost don’t believe it,” she says. Honors aside, it’s important for her to keep improving, letting her work speak for itself. Baker started at The Boarding House as a line cook, looking to learn from other chefs. As she moved up the ranks, Baker came to understand the challenges of the kitchen and appreciate the other responsibilities she would need to take on. Four years from the opening, Baker is a confident executive chef, ready to take some real chances, eager to introduce more challenging elements into her already adventurous menus. Baker herself seeks her own adventure in the future, hoping to travel and immerse herself in different cultures, always looking to improve. 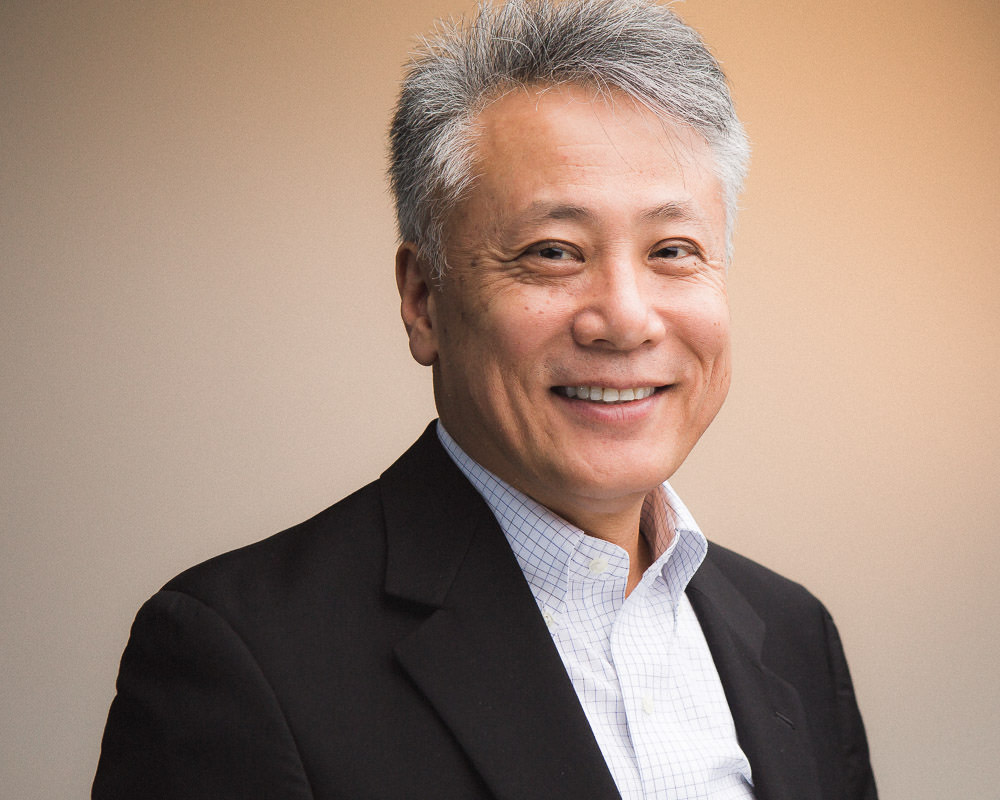 25
Takashi Yagihashi
Chef
Takashi Yagihashi serves up soulful Japanese comfort food at his River North Slurping Turtle. A Michelin Bib Gourmand Award winner in 2013, Yagihashi aims to create a happy blend of flavors from his Japanese hometown of Mito, as well as Tokyo and Chicago. Fresh ramen, made daily in the morning, reminds him of Japan. His popular soy-sesame marinated chicken, fried in duck fat, is all-Chicago. The Michelin-starred and James Beard award-winning chef says he never planned to be a chef but fell in love with the job. “I’m a lucky man because I do what I love for work. For some people, their passion is outside of work in hobbies like scuba diving or golf. Me, I don’t have so many hobbies. My work is my true love.”

26
Chris Pandel
Chef
Bristol may be his baby, but Cold Storage, the no-pretense seafood hideout and oyster bar tucked inside Swift & Sons, is his “selfish” restaurant. “I have a daydream of standing there, shucking oysters and drinking beer,” jokes Pandel, who mindfully juggles the kitchens of Balena, Cold Storage and Swift & Sons. Boka Group’s opulent steakhouse is its largest and most expensive to date, and it’s this year’s success for Pandel, who said he isn’t reinventing the wheel but rather honoring classic dishes like foie gras-wrapped beef wellington and onion soup with Wisconsin Gouda. Outside of work, he resumes duties as his kids’ crispy pancake chef. “We make them at least four days a week, usually with butter and maple syrup,” said Pandel. The classics satisfy.

27
Mark Mendez
Chef
Mark Mendez cooks simple, Spanish food at Vera, which he opened in 2011 with his wife and sommelier Elizabeth. “I don’t want to intellectually challenge people, I just want to feed them,” Mendez says. “The simple and well-executed approach really appeals to me. When good food and good quality is there, you don’t need a lot else.” This approach is working, drawing both critical acclaim and a slew of regular customers to the West Loop restaurant night after night. In its fifth year, Mendez says the menu could change slightly to reflect more of a tapas style, and though it’s traditionally a wine bar, visitors can expect more craft beer and cocktails on the menu.

28
Andrew Zimmerman
Chef
In his twenties, Andrew Zimmerman wanted to be a rocker. He played in a couple bands, but jokes, “I’m apparently a better cook than a guitar player; I just have to live with that.” Since starting at Sepia in 2009, Zimmerman has earned the restaurant a Michelin star every year since 2011. He’s been a James Beard finalist for Best Chef: Great Lakes for three years running. And his cooking, which he describes as “globally informed contemporary American,” has attracted the likes of Michelle Obama, who called Sepia her favorite dining destination. Zimmerman and his team are opening a second restaurant this year, and the pressure’s on for number two. “It’s the sophomore record,” he says. “The third record, people buy it and they don’t care, but the second, if you don’t do a good job, they blackball you.” Based on his record, he’ll do better than merely good. 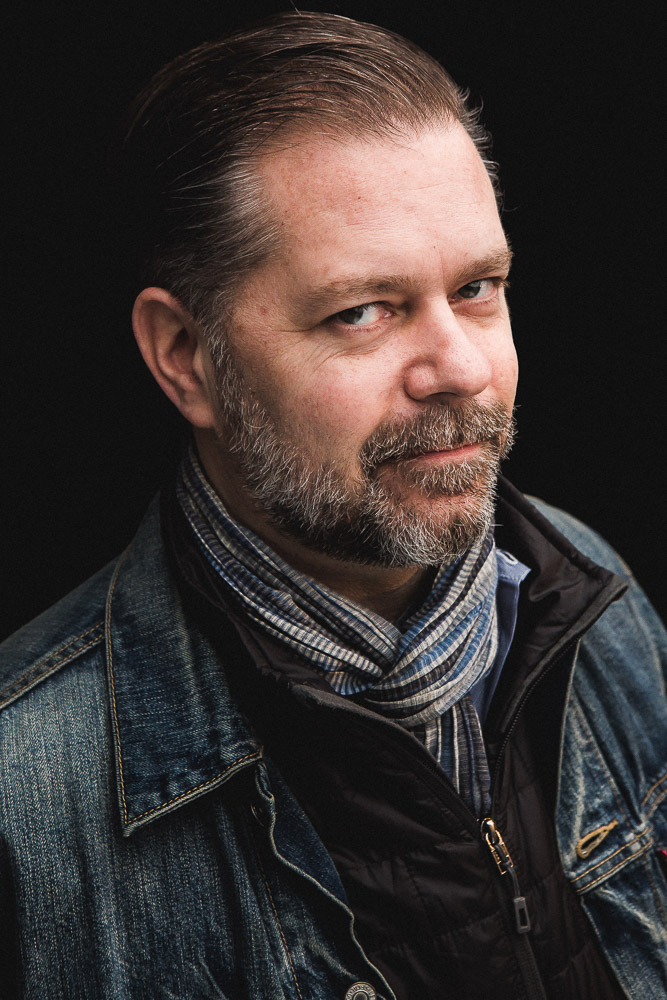 29
John Manion
Chef
Two things changed the young John Manion’s suburban Michigan life: his family’s move to São Paulo, Brazil, where he grew to love moqueca and backyard asado, and his journalist grandfather who sparked, via Hemingway, Manion’s lifelong romance with food. Manion recaptured beachy Brazil memories with his La Sirena Clandestina, which opened in 2012. His favorite dish there: a fried whole fish with farofa (cassava flour). Look closely and you’ll see a 1964 Brigitte Bardot mermaid in the logo of La Sirena Clandestina (which translates as hidden mermaid). The end of April will mark a new adventure for Manion with El Che Bar, an ode to Buenos Aires. Saude! 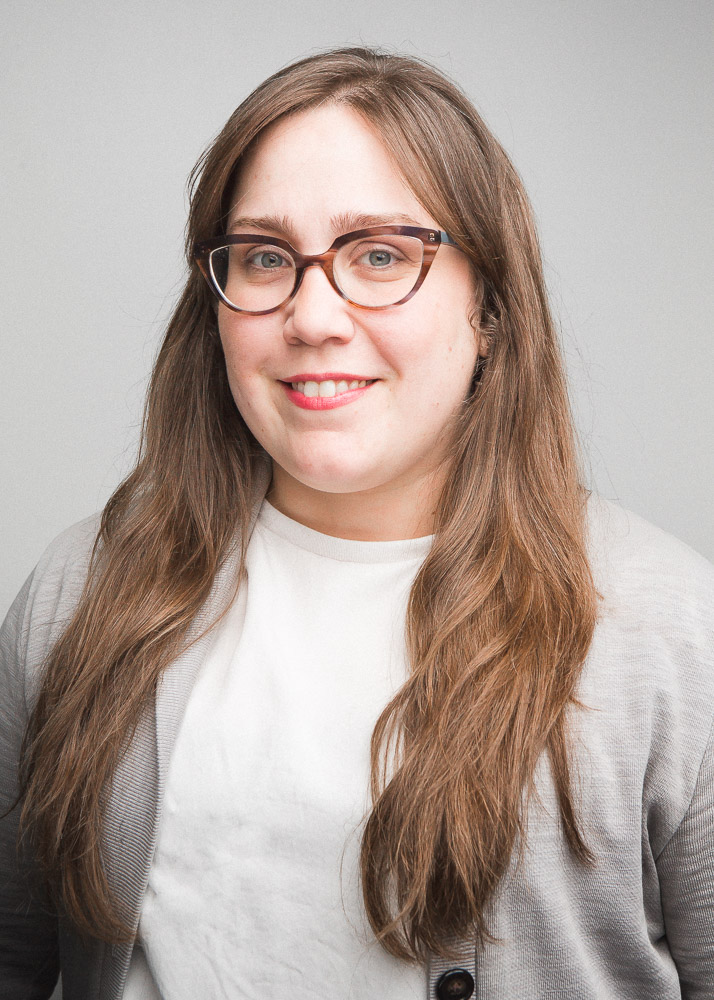 30
Nicole Pederson
Chef
Since her time at Lula Cafe, Nicole Pederson has been known for her passion for local ingredients. Now as the executive chef at Found Kitchen, she works hard to bring that passion into her food every day. “It’s part of supporting community, and helping people who choose to live in rural areas to provide food for us to be able to survive,” she says, adding that her Minnesota background and the fact that her cousins still own a dairy farm plays a role in this dedication. “The other part is quality of the food. It lasts longer, and tastes better.” While Found Kitchen focuses on grains and vegetables, Pederson’s new restaurant opening in Evanston in September will have a more meat-centric and traditional menu, highlighting local producers.