31
Duncan Biddulph
Chef
At The Winchester, Duncan Biddulph has been handcrafting pasta, bacon, corned beef and sausage. Biddulph remembers that a stellar report card in third grade was rewarded with a blackened swordfish at Red Lobster, and this meal spawned a lifelong love of fish and food. “I was amazed by that dish at nine years old,” he remembers, even though it was a bit too spicy; “You know,” he explains, “I was a little kid.” His sustainable ethos of thoughtfully sourcing ingredients comes from his formative Logan Square years. “I’m just carrying on what Hammel and Tshilds taught me at Lula Café,” Biddulph noted. His second love, seafood, lingers on in a sardine/ tomato/mint spaghetti and a roasted branzino.

32
Kevin Hickey
Chef
When The Duck Inn opened in Bridgeport in 2014, it was a homecoming for chef Kevin Hickey, who grew up down the street from this corner bar/restaurant. He understood the area’s potential to be a food destination long before the rest of us caught on. The restaurant, named after his great grandmother’s place, is part of Rockit Ranch Productions. The Duck Inn now draws crowds from all over Chicago, while still maintaining a neighborhood vibe. Hickey earned a Michelin star and AAA Five Diamond status while at the Four Seasons; he then went on to open Bottlefork Bar & Kitchen before turning his talents to The Duck Inn to showcase seasonal American cuisine. The Duck Inn immediately received three stars from the Chicago Tribune. Hickey stays involved in giving-back projects, including working with the Global Act, Growing Power and Common Threads. 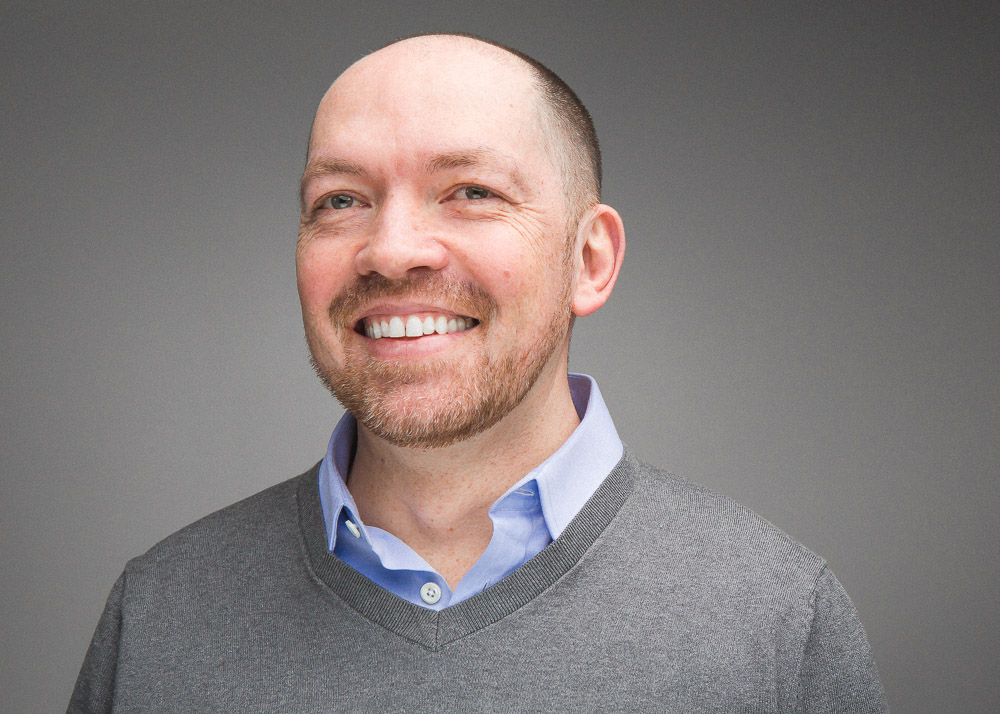 33
Giuseppe Tentori
Chef
The Italian import’s first kitchen experience was when he was ten-years-old, and it took place on his grandmother’s Lombardy farm where the wood-burning stove was started up at 6am. Long before he became Charlie Trotter’s chef de cuisine, Giuseppe Tentori learned to “harvest” rabbits, ducks and chickens for his nonna’s stew. “It sounds better than slaughter,” he quipped of his young passion for butchering. After five years of seafood focus at Boka Group’s GT Fish & Oyster, Tentori will soon open a meaty sibling, GT Prime. “Eighty percent not steakhouse,” he says, boasting that his menu will also satisfy carnivorous cravings for duck, squab, pork, bison and venison, served on small plates. GT Prime is just a stone’s throw from his seafood spot, and come July 2016, Tentori plans to scooter back and forth between the two kitchens. 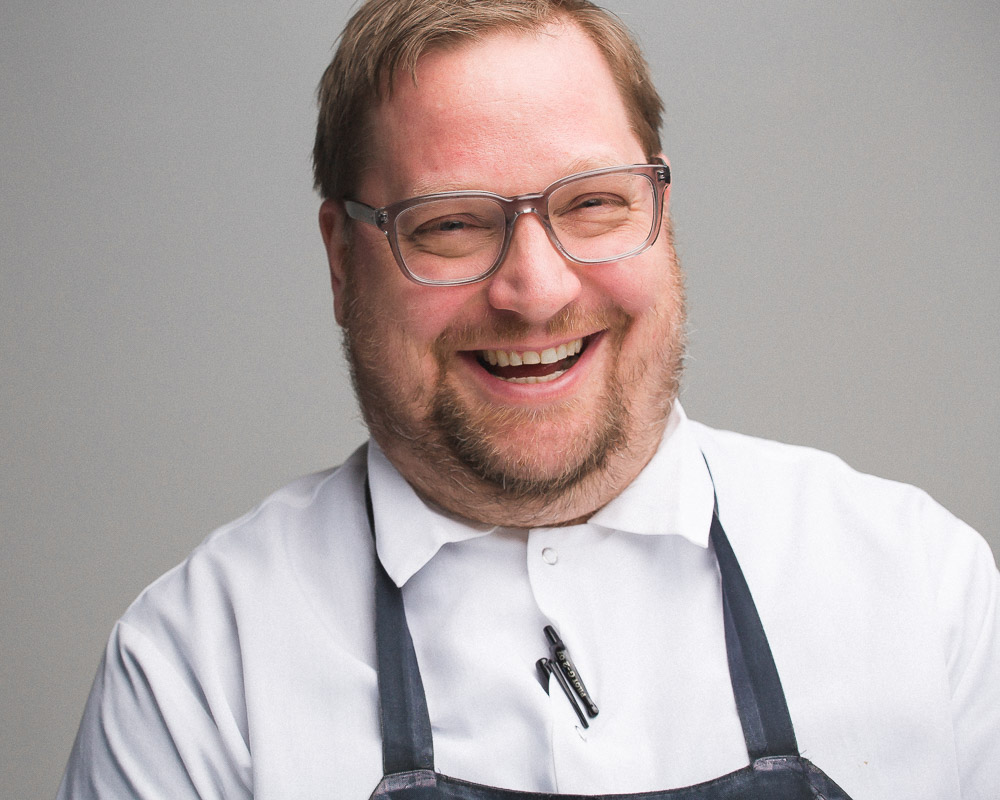 34
Michael Sheerin
Chef
Paul Kahan has nurtured a school: equal parts pork and produce, yet his restaurants have been defined as much by their individual chefs with their own takes. Coming from avant-garde WD-50 in New York, Michael Sheerin brought “deconstructed” and other modernist techniques to Blackbird.  This marriage of best ingredients and an adventurous approach, at an accessible price point, kept Blackbird wildly popular and could have ensured long tenure for Sheerin. Instead of continuing there, however, he branched out, opening Trencherman with his brother Pat, combining his worldly approach to hearty fare. And suddenly there was no stability. He went to wine-friendly small plates at Cicchetti, then ventured into Asian at Embeya. Now he is also re-inventing dumplings at Packed in Hyde Park.

35
Jimmy Papadopoulos
Chef
At Bohemian House, Jimmy Papadopoulos took Chicago’s mixed feelings about its meat-and-potatoes reputation and turned them around with his robust but fun takes on traditional Czech, German, Polish, Austrian and Hungarian dishes. “Central European fare is often thought of as heavy, stick-to-your-ribs kind of food, but at BoHo,” says Papadopoulos, “we’re lightening it up, making it vibrant, sexy and approachable.” It’s been a good fit for Chicago, which appreciates freewheeling bohemian lifestyles as much as it does hearty food. Known for its progressive program of house-smoked meats, house fermenting and pickling, BoHo cult-favorites include grilled chicken paprikash, beef pierogis and the open-faced schnitzel sandwich.

36
Erling Wu-Bower
Chef
The son of a food critic and a Cajun food lover, meals for Erling Wu-Bower were not just the basis of family life but communication. “At dinner we discussed tomorrow’s breakfast, and at breakfast we discussed that night’s dinner. The rest of the day was a journey to get to dinner,” said Wu-Bower. Now, the Gold Coast’s rustic Italian seafood spot, Nico Osteria is led by the recent James Beard nominee for Best Chef Great Lakes who credits his success to commitment and eleven years of tutelage under Chef Paul Kahan. “Learning is a two-way street, it requires that a teacher share knowledge, but it also requires that a student be open to learning,” says Wu-Bower. 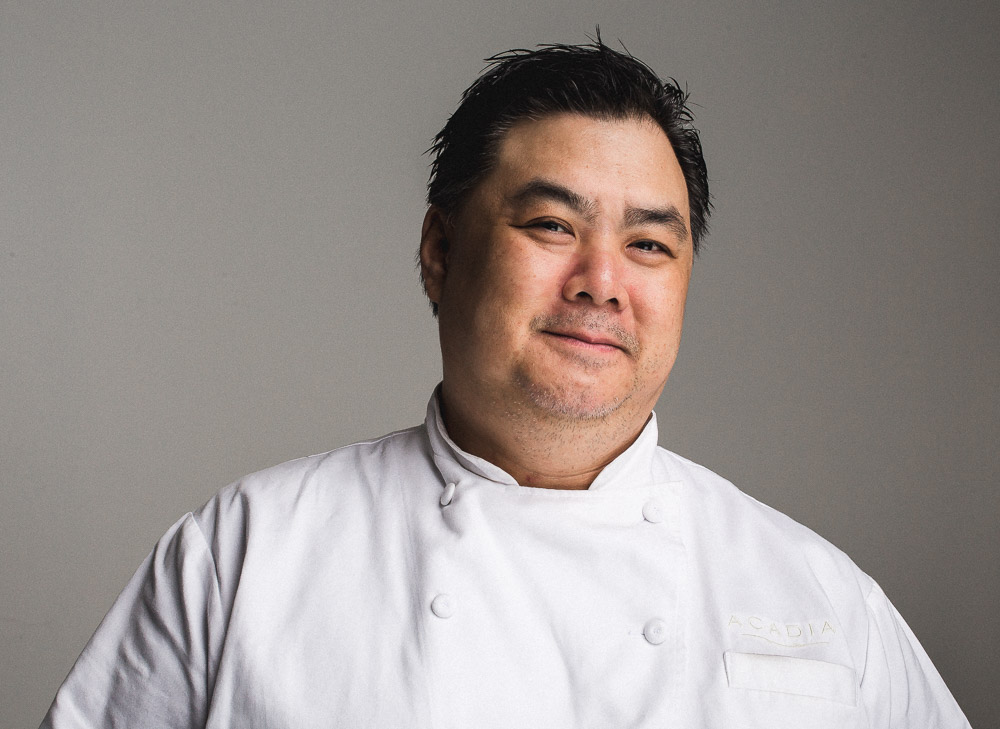 37
Ryan McCaskey
Chef
The South Loop’s Acadia is Chicago’s only restaurant to gain two Michelin stars in 2016. Palatine native Ryan McCaskey–formerly of Trio, Tru and Rushmore–has been recognized for his gorgeous, unfussy seasonal menu inspired by Maine’s organic beauty. During childhood summers there, McCaskey learned to recognize wholesome, quality ingredients and landed his first gig at twenty as sous and pastry chef at Goose Cove Lodge. About Acadia, he says “It’s nice to get recognition outside of the city’s major restaurant hubs.” Maine is still his true blue, though: plating designs for his five- and ten-course tastings are born from the rocks and leaves along Maine’s wooden paths. 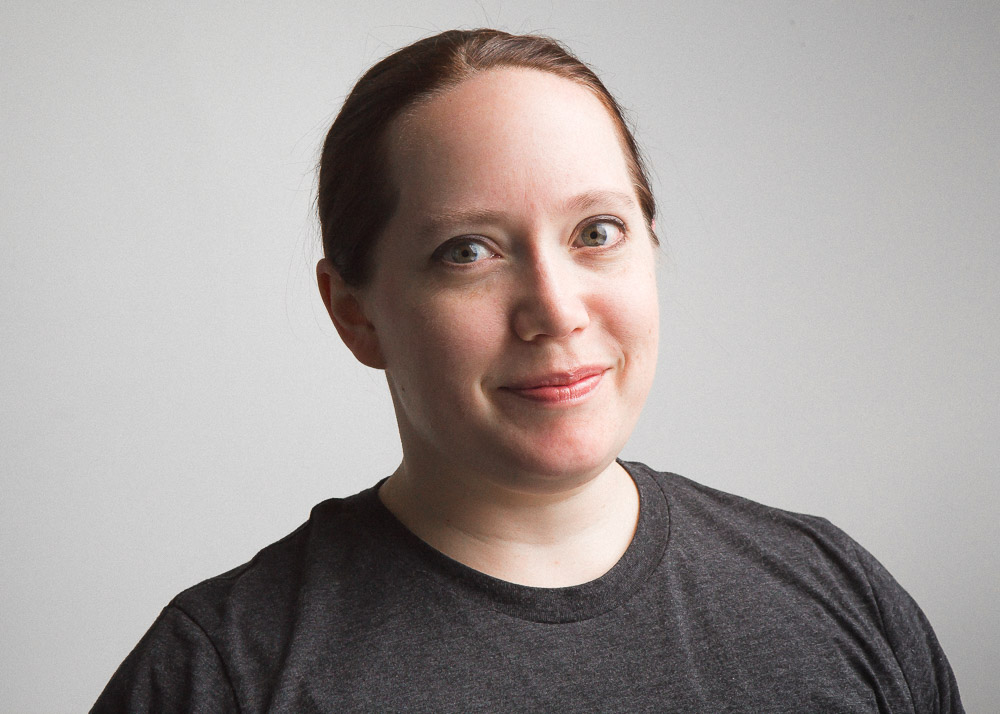 38
Meg Galus
Pastry Chef
Meg Galus is the playful pastry wizard behind the city’s most crave-able desserts. Equal parts analytical and creative, at twenty-four the 2016 James Beard nominee found a home in pastry. “I stepped into the kitchen and I was like ‘This is it,’” she remembers. Her deconstructed S&S Cracker Jack, an homage to the caramel corn’s debut at the1893 World’s Fair, is a Zagat-ranked looker of peanut butter mousse, salted caramel, caramel corn and popcorn sherbet; this was the first dessert Galus developed for Swift & Sons. She now celebrates a bright year with Boka Restaurant Group, where she oversees four menus and acts as the right cross of Swift & Sons’ one-two Galus-Pandel combination punch. 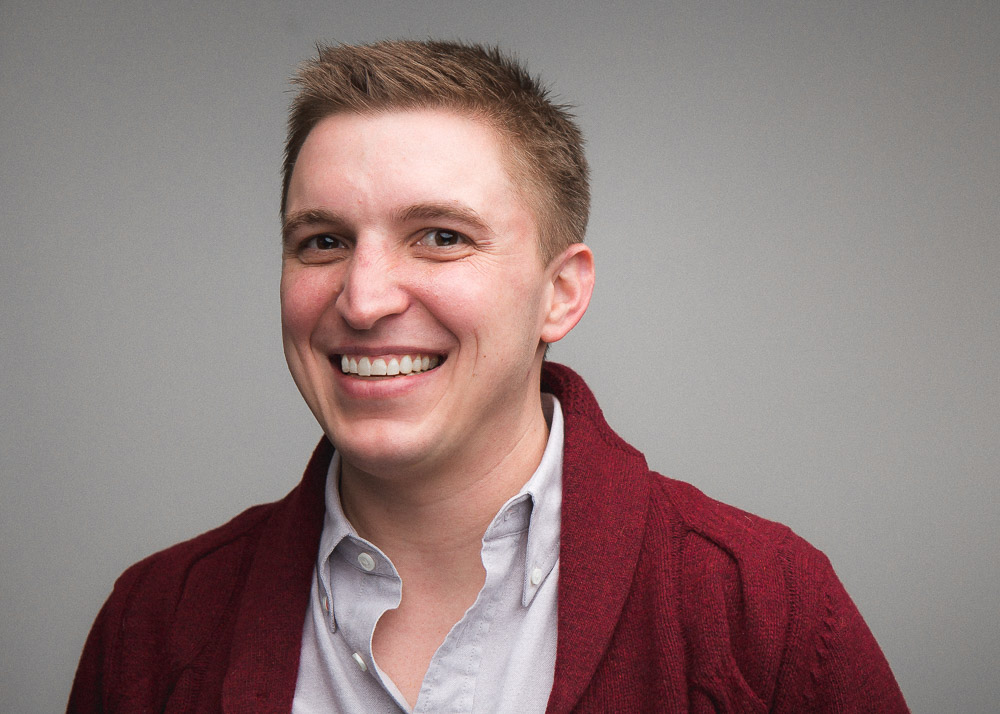 39
Tom Van Lente
Chef
Tom Van Lente, of White Oak Tavern & Inn and formerly Big Star, might be Chicago’s happiest chef. “I get inspired by the smallest things and it makes me want to go to work and be creative,” he says. “I get to work with people who can push each other, and it’s fun. Otherwise, I wouldn’t be doing what I’m doing.” In Lincoln Park, White Oak Tavern & Inn brings local, rustic food to the neighborhood. Van Lente thinks using local ingredients should be important to everyone and he understands the importance of giving back. “In my eyes I haven’t even scratched the surface yet of being a successful cook in Chicago, and I owe any success so far to people who have shown me the ropes.” That’s partly why he inaugurated the chef-in-residence program at White Oak, where chefs from smaller markets learn from his staff, and vice versa. “It’s a really cool opportunity to give our neighborhood a taste of different people’s food without having to go to a different city.” 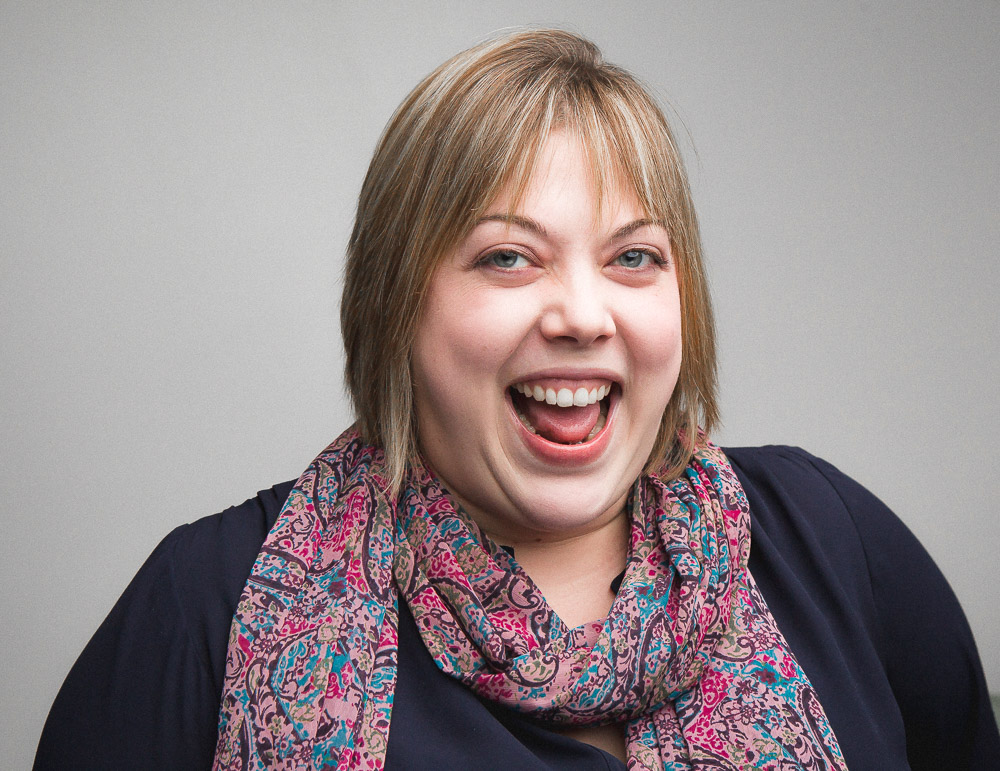 40
Sarah Grueneberg
Chef
Quick! Name three Chicago Italian restaurants making three-to-five pastas to order every night. Two? How about one? That one would be Sarah Grueneberg’s Monteverde. Whether it’s rolling pappardelle or shaping tortelloni while guests watch from the encircling bar, fresh pasta at Monteverde’s pastificio is pure Grueneberg genius. “The idea hit me when I was training in Italy,” says Grueneberg. “Guests so often focus on the sauce and don’t realize the importance of making the pasta itself. I wanted to bring the craftsmanship of pasta to the guest, so they can see what goes into the making of it.” Two years in the offing, Grueneberg’s first solo venture since serving as executive chef at Spiaggia allows her to showcase pasta-bilities learned in her travels to Italy, coastal Europe and Asia.  “The pastificio is a great way to elevate our pasta program by going back to the basic roots.”