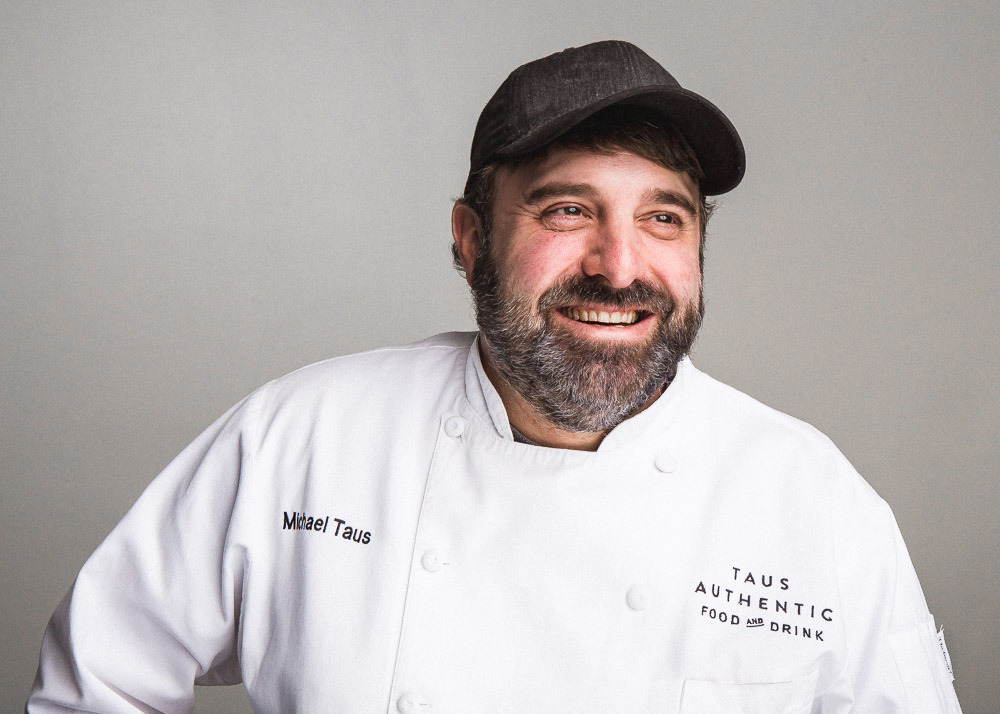 41
Michael Taus
Chef
Building on a successful twenty-year run with Zealous restaurant in River North, Chef Michael Taus’ reemergence in Wicker Park with Taus Authentic is the mature expression of a longtime Chicago pro doing what he does best: elevated American food with global accents in a casual, contemporary setting. “I love how vibrant my new neighborhood is, and how adventurous and open our young diners are!” says Taus, who makes it his business to say hello to every table. “People are not just a number: They’re the ones that keep you doing your art. Pierre Pollin taught me that,” says Taus. He thinks guests’ dietary concerns and the demands of social media create new stresses for chefs that weren’t there twenty-five years ago. Still, hard work and flexibility are key: “As an independent, change or die. It’s that simple.”

42
Paul Virant
Chef
Paul Virant, formerly of Charlie Trotter’s, Ambria, Everest and Blackbird, has a passion for preservation and keeping local flavors on the table year-round. “I love the idea of preparing something and preserving it at its peak, and this anticipation of what it will be like after opening the jar,” says the Michelin-starred chef at Vie in Western Springs and Perennial Virant near Chicago’s Green City Market. Virant’s many pickles, including fennel and rutabaga sauerkraut, as well as preserves and aigre-doux, find many forms on his menus. His love of good food goes way back to a childhood in Missouri where his parents experimented with canning, food preservation and sourdough starters. “I know a lot of chefs and folks who grew up not being exposed to good food, but for me it was basic, good stuff,” he says.

43
Chris Chacko
Coffee Roaster
Sparrow Coffee Roastery creates custom roasts for around 200 local restaurants, including Grace, David Burke’s Primehouse and White Oak Tavern & Inn. Chris Chacko is the passionate force behind Sparrow, and he’s committed to sustainably sourced organic coffee, as well as green production techniques. For instance, his coffee roaster produces no smoke; beans are roasted “sous-vide,” without oxygen, and fire-roasted at specific points in the process to influence acidity, sweetness and overall flavor. Coffee roasting has traditionally been a craft, but Chacko elevates it to an art by shaping and finessing all the elements that go into a cup.

44
Jared Leonard
Pitmaster
At Rub’s Backcountry Smokehouse in Rogers Park, Jared Leonard cooks “the old-fashioned way,” using only hardwood logs to fuel his fires and smoke his meat. Giving up to six classes every week, Leonard passes along his pitmaster wisdom to both experienced BBQ enthusiasts and newbies; his goal is to “share my love for BBQ with anyone who will listen.” Classes are given in the Pit Room, next to his restaurant, where you can buy all the equipment, and even the meat, you’ll need to barbecue with the best. With Gary Wiviott, he started the Windy City BBQ Classic, built on the motto “No Gas, No Electricity, Real BBQ.” 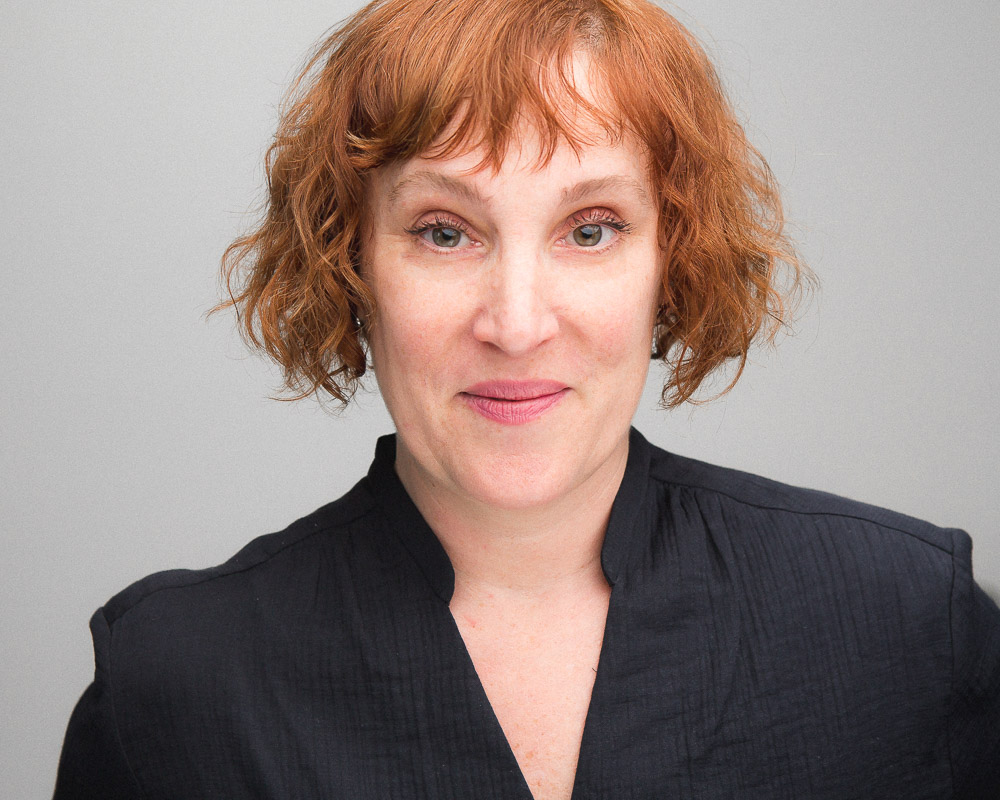 45
Mindy Segal
Baker
Mindy Segal stands out, a fifties-coifed redhead, tatted-up before chefs were tatted-up.  She gained exposure by applying sweet finishes at bastions of fine dining like Charlie Trotter’s and Ambria, but she opened HotChocolate ten years ago and started serving one of the city’s first great new-school burgers. She also helped make everything sweet, gooey and fattening taste better. Much of today’s focus on plain, good desserts (think expensive donuts) began with HotChocolate. She made HotChocolate famous for its cookies and shakes. She rode her celebrity chef wave to cookbooks, James Beard awards, and vast expansion plans only to be thwarted by demons. In a revealing 2015 profile to the Tribune, she confessed her mental torments, but it was a story that ended on redemption and new plans, including edible marijuana. 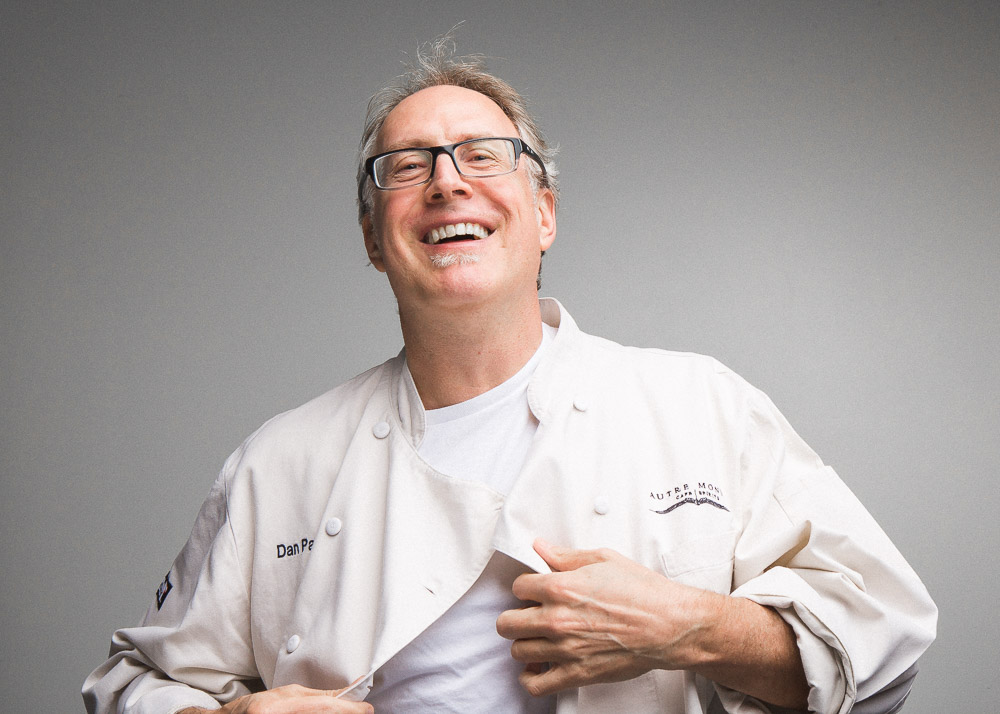 46
Dan Pancake
Chef
Dan Pancake considers himself a very lucky guy. He has worked in such highly regarded places as Café Spiaggia in Chicago and Boca Restaurant in Cincinnati, as well as in Spain. However, Autre Monde, the restaurant he developed with his partner Beth Partridge and longtime friends John Aranza and Christine Tully Aranza, is something special. At Autre Monde, he explains, “we try to create the kind of experience we seek out.” Pancake and Partridge’s take on Mediterranean cuisine leverages local ingredients, thoughtfully raised. The restaurant has been embraced by the community and Pancake attributes a lot of his success to the “big culinary shoulders” of the city’s diners. Autre Monde’s fifth anniversary is in June. 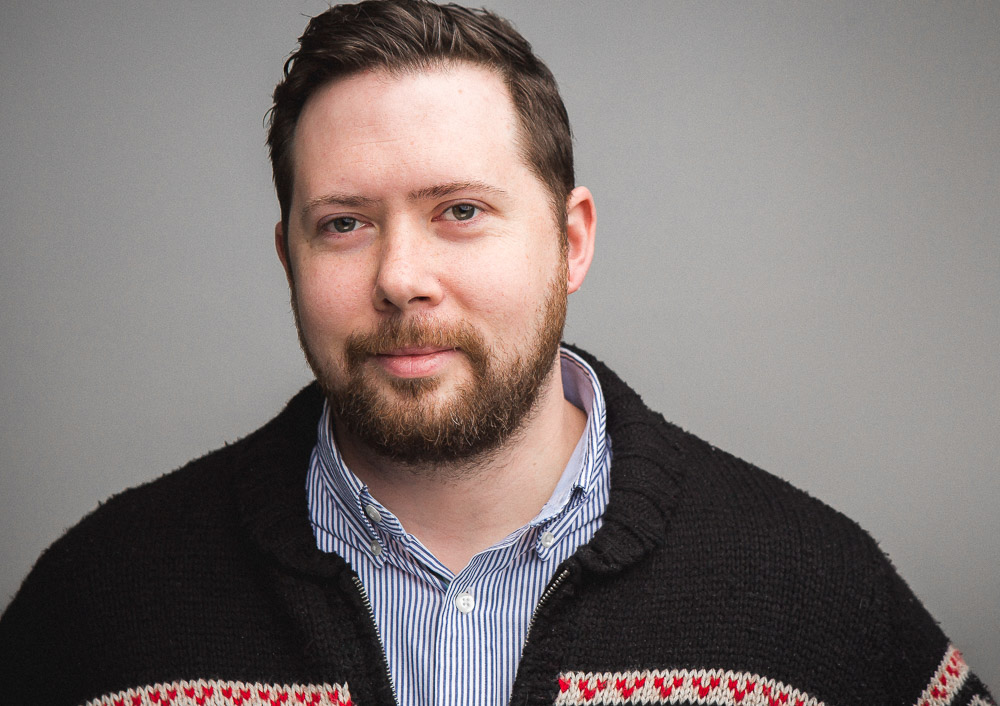 47
Ashlee Aubin
Chef
Salero, a mix of Spanish wit and sass, is Ashlee Aubin’s second acclaimed local restaurant, and it follows the success of Wood, his Lakeview bistro. Salero draws inspiration from Seville to San Sebastian, with Midwestern takes on Iberian flavors. “We’ll go a little tongue-in-cheek sometimes at Salero,” explains Aubin. “The food is ambitious, but we don’t take ourselves too seriously.” Aubin, who grew up outside Flint, spent the past eleven years in the city after diverting from his original goal of law school. Aubin credits his success to simple hard work and a smart team. “You have a good team where everyone has the same goal. There’s no big secret,” he says. 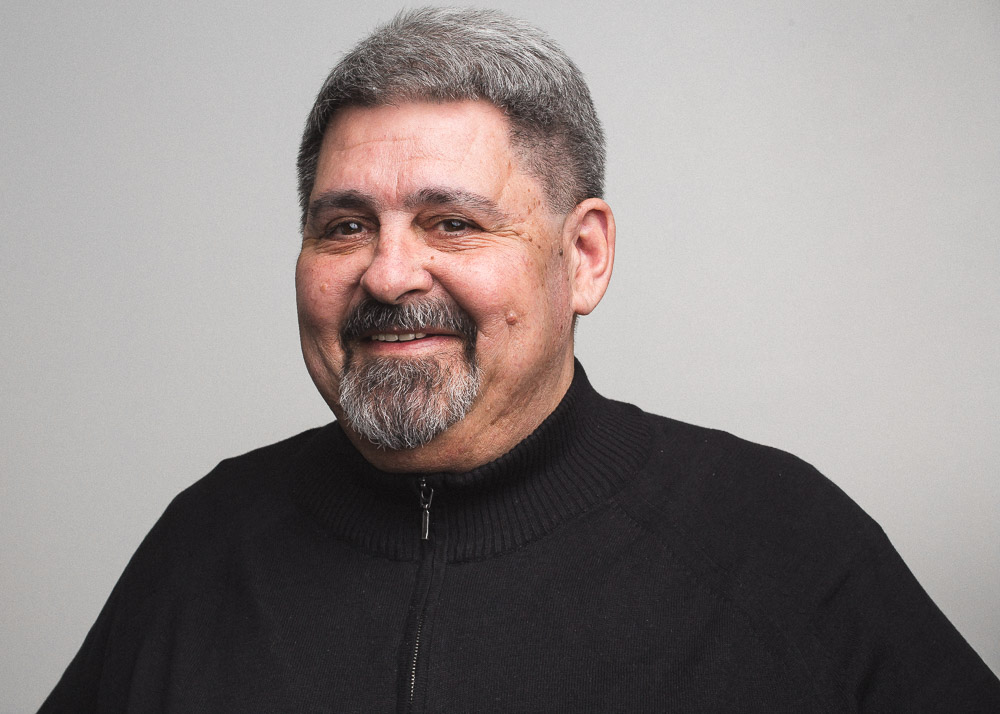 48
Gary Wiviott
Pitmaster
About twenty-five years ago, Gary Wiviott, living in a highrise, missed his grill. Once he secured a backyard, Wiviott’s wife surprised him with a birthday gift of a Weber Smokey Mountain cooker. “I took to the smoker like a duck to water,” says this pitmaster at Lincoln Park’s Barn & Company. Wiviott is famous for his “low and slow” sermons to the city’s meaty faithful, and he’s the author of two volumes of “Low & Slow,” primers for BBQ enthusiasts. Although there are many BBQ champions in Chicago, what sets Wiviott apart is his encyclopedic knowledge of American BBQ genres and practitioners. In practice, he has smoked pretty much everything that “walks, swims or slithers,” no matter the protein. His favorite bite, however, is that crispy rind on smoked meat that–“bark”–that he explains is “hot, crunchy, fatty and salty” all in one bite. 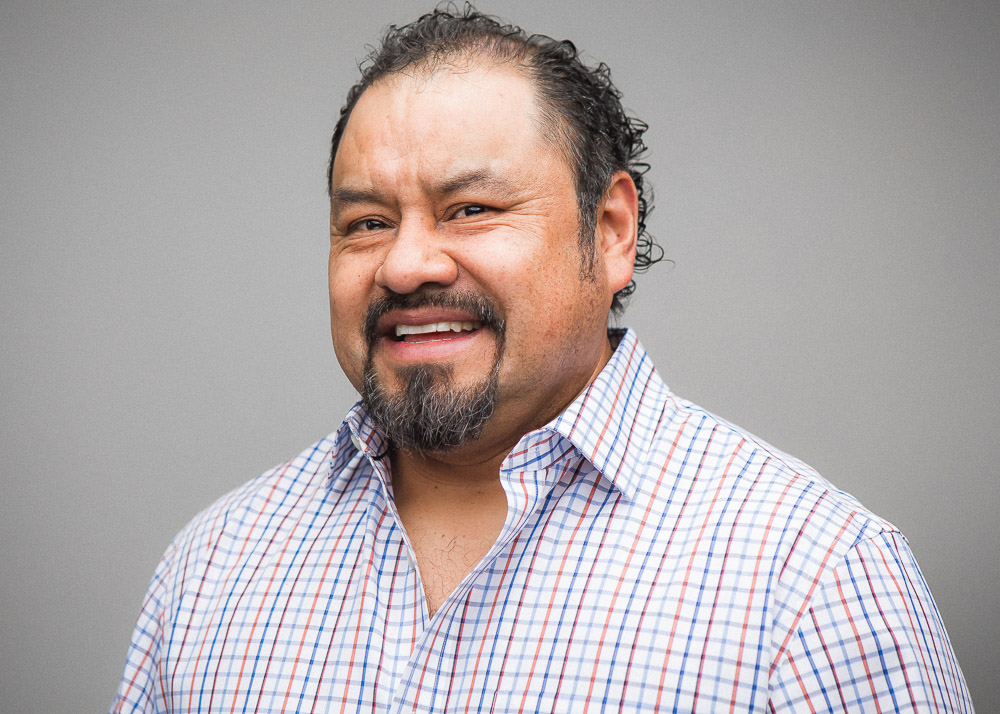 49
Manny Hernandez
Chef
When Manny Hernandez opened The Tamale Spaceship food truck in 2011, he could only dream that it would go brick-and-mortar, becoming The Tamale Station, in Wicker Park. The food truck was a necessary way to generate income during the recession, but now it’s morphed into a thriving restaurant and catering business. Hernandez, who has fun creating unusual tamale recipes, says love for the work is behind his success. “We’re consistent and we’re original, and I think Chicagoans see that, but mostly it’s a level of dedication and a love for what we do,” he says. “Knowing that the people in Chicago appreciate what we do makes me feel very lucky and happy.” As business has expanded so quickly, Hernandez and his crew plan to spend 2016 perfecting the existing elements, especially the burgeoning catering business.

50
Jesse Diaz
Coffee Roaster
The more Starbucks open, the more Starbucks become megaplex intersections, shuffling those car-bound to drive-throughs and those curious to wine and small plates…the more there’s demand for local roasters and shops that pay attention to detail. Dark Matter, with three Chicago shops, roasts beans good enough for Alinea. Jesse Diaz parlayed a barista job into a fast growing coffee operation. Dark Matter has the latte art, vibrant decor and fair-trade focus needed to separate itself from the good ship Pequod. Diaz is also a tinkerer, mixing passions for beer and beans. He’s created unicorn-blood espresso with Three Floyds beers in mind and an eventual collaboration with them.  Another time he hopped up, as in those kinda hops, a cold brew.  All coffee bars are not the same, and the self-taught Diaz is working to keep it that way.