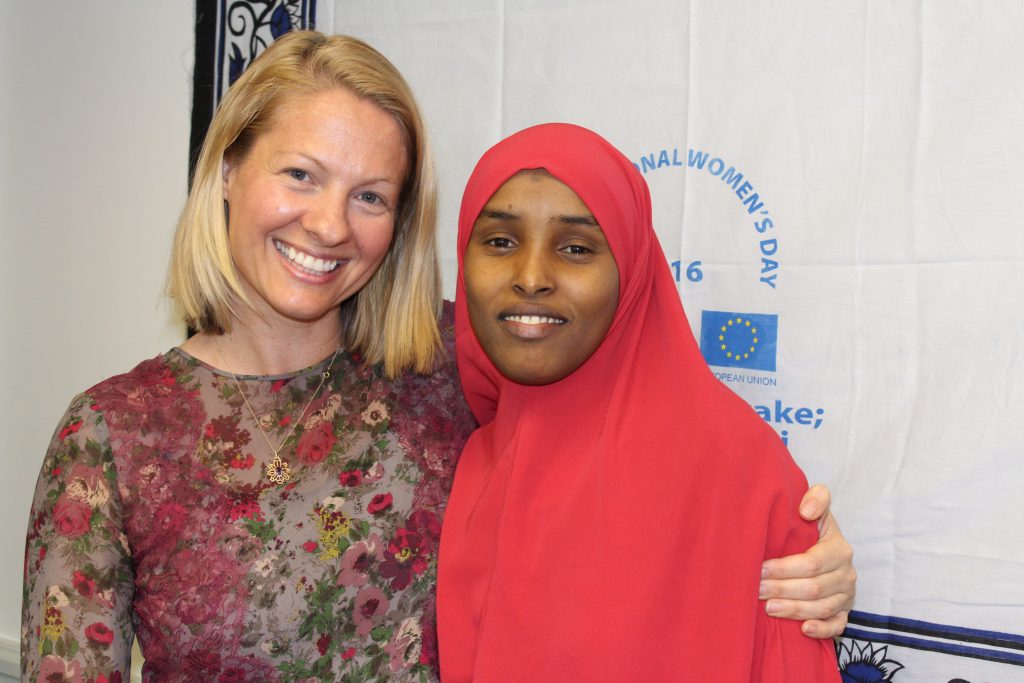 Seven years ago, Sahro Mollim was a teen living at a safe house in the bustling city of Nairobi, Kenya. Now, two years after resettling in the United States, Mollim holds the start of an impressive culinary resume thanks to support from Hogsalt Hospitality, one of Chicago’s largest restaurant groups. Hogsalt, headed by Brendan Sodikoff, owns the popular Gilt Bar and Au Cheval, as well as Bavette’s Bar & Boeuf, where Mollim has enjoyed personal and professional success as a prep cook preparing pasta.

Here’s how all that happened.

Worldwide, nearly sixty million refugees and displaced people await resettlement. Unfortunately, according to the United Nations High Commissioner for Refugees, only one percent will actually be resettled. And even then, they often lack language and job skills for meaningful employment. Long-term support is difficult to find.

Mollim was just sixteen when, as her country spiraled into civil war in 2009, she was separated from her parents in Mogadishu, Somalia. “I just remember this horrible loud noise from all the fighting and then I couldn’t find my family after the attack,” she says, shyly. Mollim boarded a bus with a neighbor and fled to Kenya, where she found refuge at the safe house. Over a five-year period, she learned to read and write, mastered English and Swahili, and took her first math class. An agency moved her to the United States. Another agency took her under wing. And that’s how she met Sodikoff.

In March of 2014, just a few months into her U.S. resettlement, Mollim, who is now twenty-three years old, crossed paths with Sodikoff at a fundraiser for Heshima Kenya, the Chicago-based nonprofit specializing in identifying and protecting unaccompanied refugee youth. Mollim captured Sodikoff’s attention after speaking about the life-changing assistance she received from the group.

Sodikoff says Mollim was clearly someone “trying to do things with her life.” He offered her a job as a prep cook in one of his restaurants. “As a resettled refugee, you witness this slim lottery of getting to the States,” he says. “You get the golden ticket, but then your resettlement is somewhat questionable with little support.” Laura Youngberg, executive director of Chicago’s Iraqi Mutual Aid Society, confirms this. She estimates, for example, that up to sixty percent of refugees in her community struggle to find long-term jobs.

At the time of the fundraiser, Mollim had been living in the Boston suburbs. “Her situation didn’t sound joyful to me,” says Sodikoff, “It sounded lonely without a tremendous amount of support to actually find work.” From there, Sodikoff sponsored Mollim’s move to Chicago. 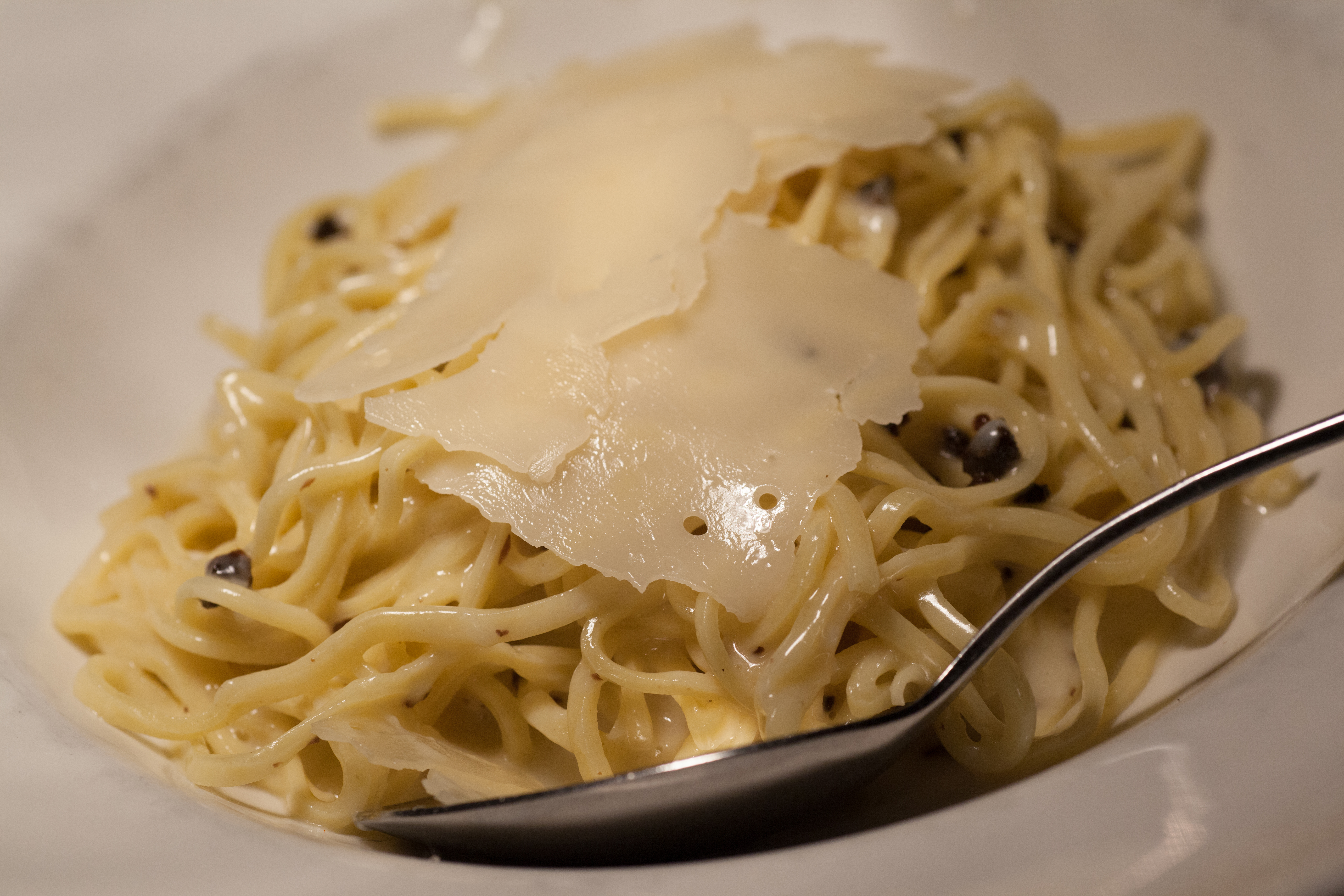 With guidance from Hogsalt chefs, Mollim took easily to making from-scratch pasta, including ricotta-stuffed ravioli and orecchiette, an ear-shaped pasta originating in southern Italy. She owes her pasta-making skills to the nimbleness of her hands; in Kenya, she had made ends meet as a tailor and scarf maker. “At first making pasta was very difficult for me but after a month of training with the chefs I mastered making four types of pasta,” says Mollim. “My secret is shaping the dough with my little index finger.”

Pasta, or baasto in Somali, is something of a de facto Somali national dish brought over with Italians who arrived in the late-nineteenth century. Jama Noor, manager of Mogadishu Somali Restaurant on the Near North Side, says pasta is a lunchtime staple of his clientele, mostly Somali cab drivers. “We do pasta our own way,” Noor explains. “Usually it is a spaghetti with goat or beef chunks in a spicy tomato sauce.”

The popular “federation” is a plate of rice and pasta covered in stew with a sweet banana on the side. This Somali pasta’s major divergence from its Italian brother lies in the xawaash—a spice mix of cumin, coriander, cloves, cardamom and turmeric—which is added to the sauce.

No matter how it’s served, pasta is something that Mollim loves. She will tell you it has changed her life. Alisa Miriam Roadcup, Heshima Kenya’s executive director, believes Hogsalt’s support and training of Mollim shows what Chicago can do to help assist the displaced with finding meaningful long-term employment. “One of the greatest challenges for most refugees is finding dignified employment that enables you to really start a new life after resettlement,” says Roadcup.

Sodikoff gives a lot of the credit to Mollim, herself, saying she is a natural in the position: “Positive, incredibly reliable, curious, [and she] cared about quality and consistency. The more I surround myself with individuals like that, the better I feel about my organization and going to work every day. Sahro made that opportunity for herself. I presented an offer and she exceeded all expectations. Just like any other employee: it was just her.”