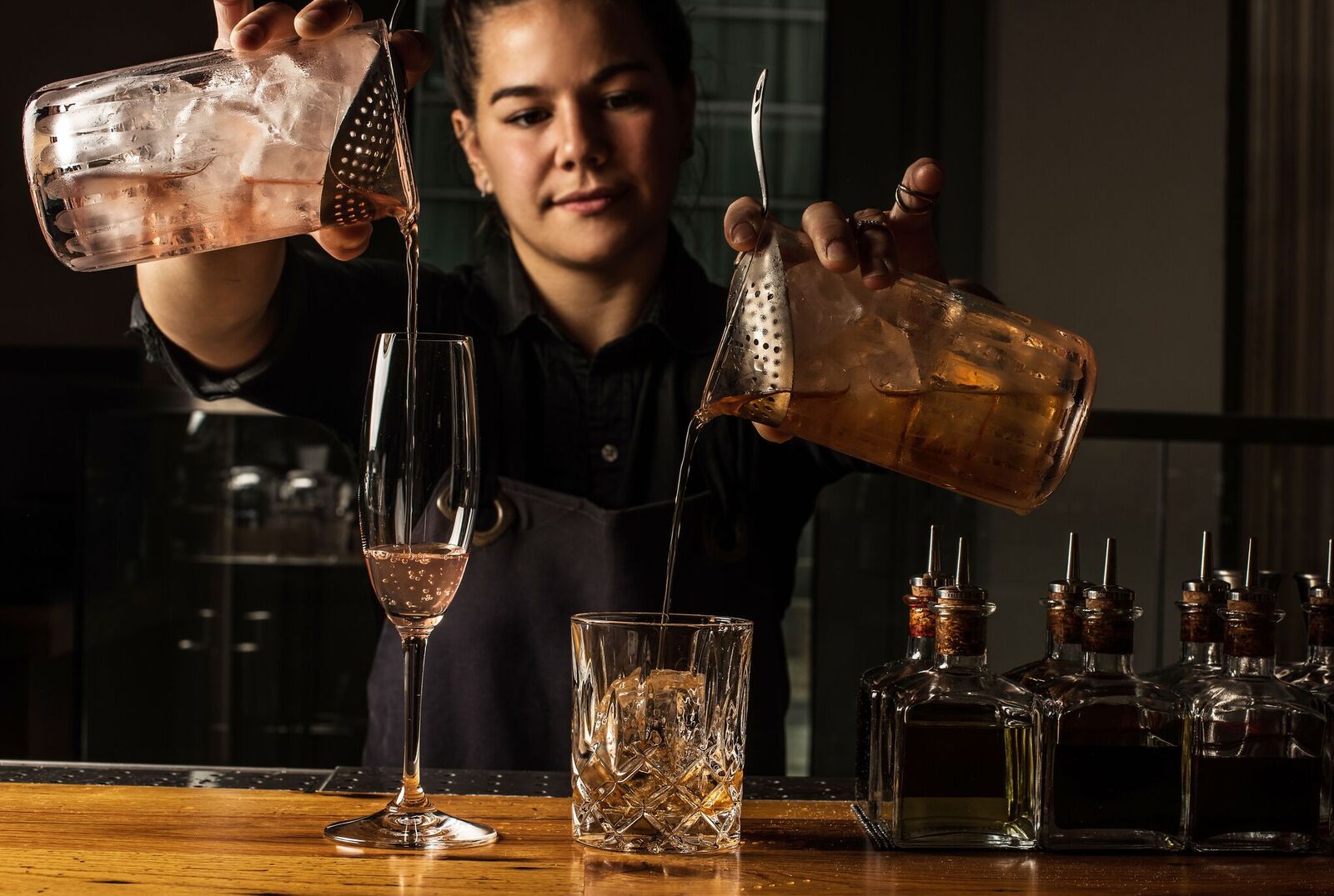 Julia Momose, who mixes and pours drinks at GreenRiver and the adjoining Annex, has developed several cocktails that incorporate Japanese whisky. Her Jack Knife, for instance, is a gorgeous combination of Suntory Hibiki Japanese Harmony Whisky, Oloroso sherry, Cocchi Americano Rosa, chicory, Cubeb pepper and rose—that sounds like a lot, but all the flavors work together remarkably well.

We had some basic questions for Momose about the whisky of her homeland.

You make some excellent cocktails with Japanese whisky, but is mixing them with other ingredients a common practice?
These whiskies are so very good on their own. The preferred way to mix Japanese whisky is with water and ice: the whisky plays well with dilution and chilling. If the inclusion of an ingredient doesn’t enhance the drink, then it’s best without.

Generally speaking, how would you describe the key sensory differences between Japanese whisky and scotch? How about Japanese whisky and bourbon?
Just as Scotch whisky from one region or distillery will taste different from another, so does Japanese whisky differ from distillery to distillery. Much of the barley used to make whisky in Japan is imported from Scotland. The distinctive taste comes from the water, the shape of the stills, heat source for the stills and wood of the barrels.

In a blind tasting, it can be hard to distinguish between certain Japanese and scotch single malts. That said, there are flavors that stand out. One of these is the sandalwood, coconut, tropical aroma from Mizunara. This Japanese oak is not readily available outside of the country, and therefore can be considered a defining characteristic for some of the distillers that let their whisky rest in those barrels.

Most Japanese single malt whiskies, pure malt whiskies and blended whiskies are closer to scotch than bourbon. The water, the barrels, and the climate are all so different from Kentucky that the result is a whisky with soft, sweet—but also bright, citrusy, herbaceous—notes.

What are a few locally available Japanese whiskies that I should buy?
As a fantastic introduction to blended Japanese whisky, I recommend Suntory Hibiki Japanese Harmony. This whisky showcases the finesse of the blender, with delicate sherry notes of Yamazaki, a tremor of peat from Hakushu, and to tie everything together, grain whisky from their Chita distillery.

For something a little smokier, I’d recommend Nikka Whisky Taketsuru Pure Malt. Recent winner for “Best Japanese Blended Malt Whisky,” this is an elegant example of Japanese restraint and balance. The smoke is there, but it’s not overpowering, more like a warm, comforting embrace. It’s ripe with flavor, balancing rich notes of vanilla and caramel with fleshy dark fruit.

Nikka Coffey Grain Whisky is another great stepping stone into the category, with hazelnuts, vanilla, and toffee meeting a delicate acidity akin to raspberries and herbaceous mint. This whisky really opens up with some water or a nice cube (or sphere) of ice. (David Hammond)