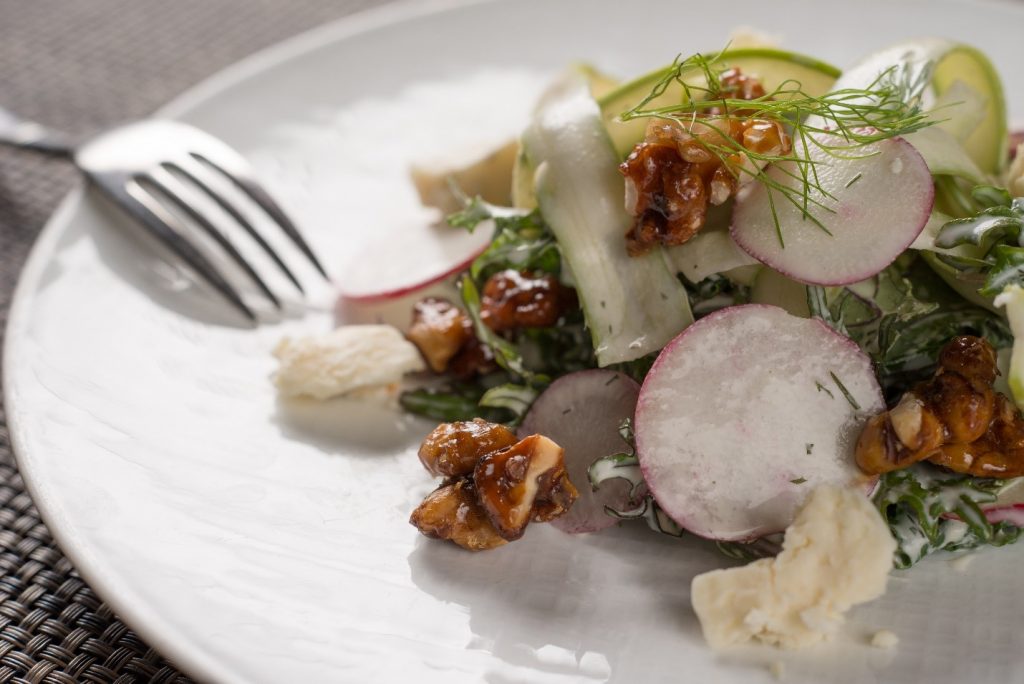 Eating in France in the early seventies, I discovered that French salad, unlike American salad, was usually served near the end of meals, after the main course. This was in contrast to the all-American tradition of having salads first, before the main course. I sort of figured this American salad protocol was developed because American mothers wanted to make sure kids ate their greens before getting to the good stuff.

On recent trips to France, however, I noticed that our salads were being served at the beginning of meals, American-style.

In Lyon a few years ago, I was having lunch at La Maison Troisgros, one of several temples of gastronomy in the city. Salads came first. I mentioned to my tablemate, a resident of Lyon, that this seemed to be a change from the traditional order of French dining. “At home,” he replied, “we always have our salads at the end of the meal.” Then “Why,” I wondered, “are French restaurants serving salads at the beginning of meals?” Smiling, he said, “To please the Americans.” This answer seemed, to me at least, a little disingenuous or perhaps tongue-in-cheek, in part because I cannot imagine the French abandoning a cherished culinary tradition to please anyone who was not French. I mean the French can be very hospitable… but they have standards.

In an effort to get a fix on current French thinking about the proper placement of the salad course, I queried several Chicagoans who are carrying on the French dining tradition in our city: Laurence Noguier, wife of chef Martial Noguier of Bistronomic (840 North Wabash) and also from Lyon; chef Dominique Tougne of Chez Moi (2100 North Halsted); chef Michael Lachowicz of Michael and George Trois (64 Green Bay Road, Winnetka).

Noguier confirms my recollections that “Traditionally in France the salad course was served after the entrée and was meant to accompany the cheese course, which came before dessert. The salad has a ‘cleansing, refreshing, lightening effect’ at this stage of the meal, allowing diners to feel ‘lighter’ before the cheese and dessert.”

The traditional placement of the salad at a French meal’s end was confirmed by Tougne, who explains that this was done not to please Americans but rather because “Salad now is used more as an appetizer. I think this is due to the fact that it’s lighter than other appetizer options. People today are much more aware and concerned about this.” 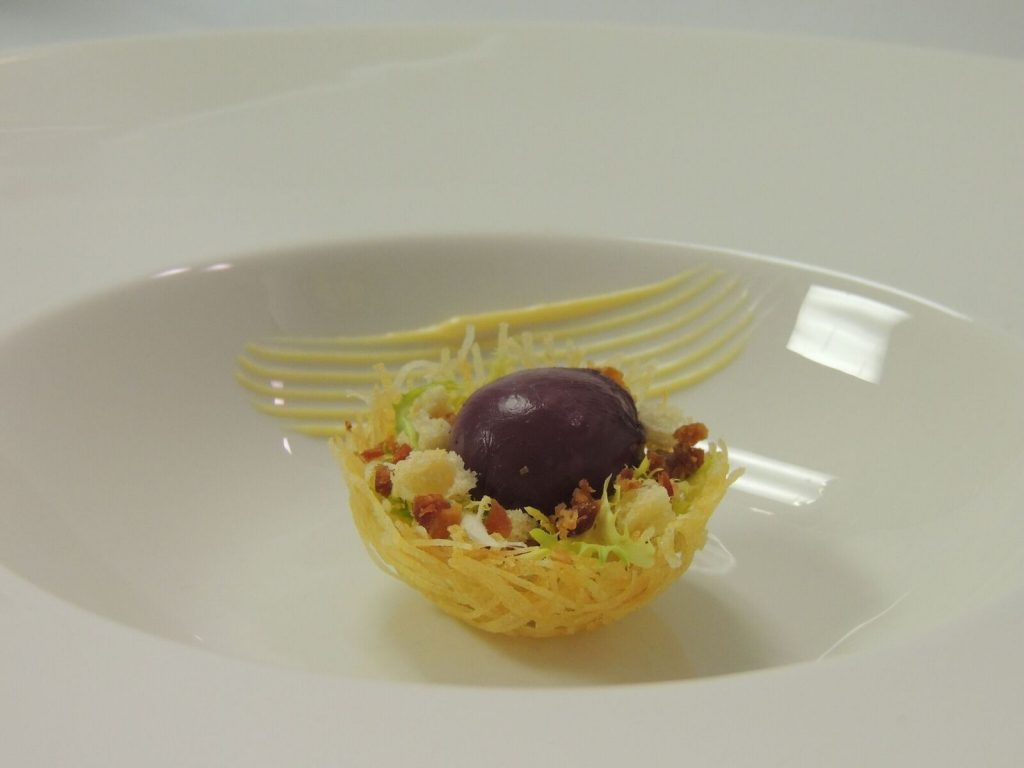 Lachowicz considers the physiological wisdom of placing the salad course near meal’s end “an aid in digestion, finishing a meal with fiber and greens.” He also observes, however, that on recent trips to France, he’s had “salads served to begin and end the meal as well as midway through. The more classic or traditional the venue, the closer to the end of the meal the salad was served.”

At his George Trois, Lachowicz serves my kind of salad: a play on the traditional salad Lyonnaise, this tiny salad, about the size of a twenty-five cent piece, is dwarfed by the burgundy poached quail egg on top. Enough greenery to stimulate the palate, but not so filling that you’re stuffed before you get to the good stuff. (David Hammond)