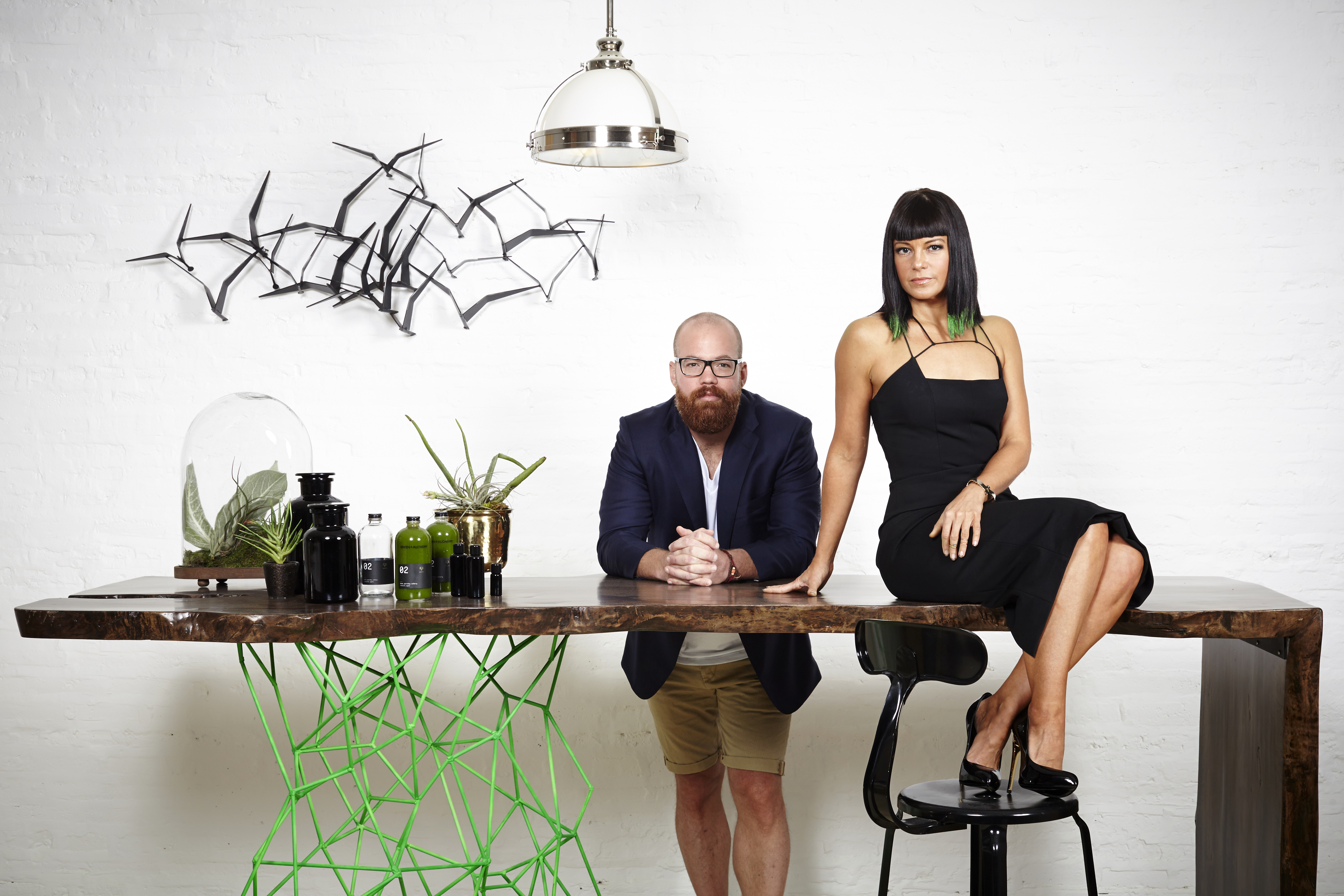 We hear many stories about people who left lucrative jobs in tech and other industries to seek personal fulfillment in producing and serving food and drink. Here are three stories of young Chicago entrepreneurs who left the corporate world for a life of juicing.

Emily Darland, Former Brand Consultant
Every Wednesday at 6am, Emily Darland pulls her twenty-six-foot-long food truck into a parking lot in River North. Her truck, The Corner Farmacy, which just got its side planters ripped off in an accident, is parked across from 600 West Chicago, the mammoth office building where Darland used to work.

In that other life, Darland was a brand consultant to specialty food companies. She was at the top of the chain, but she knew it wasn’t for her. Around the same time, she had started juicing, carrying her concoctions to work in mason jars and selling them to co-workers, who lapped them up.

So in February of 2014, Darland took a leap of faith. She bought a food truck with her partner, Laura Feehan, who left her job as an attorney at a construction law firm in Minneapolis. In September, they hit the road in The Corner Farmacy.

“I have suit jackets in every color under the rainbow that are not getting worn right now,” the thirty-one-year-old says. Now dressed in red flannel, she’s scooping up pieces of bacon and taking breakfast orders from the window of her truck, a “farm to fender” business that serves sandwiches and cold-pressed juices, with ingredients sourced from local farmers. “I would have died for some fresh food and awesome juice when l worked there,” she says. Now, Darland often works fourteen-hour days, getting up before dawn to secure a spot and ending the day on her hands and knees, scrubbing the truck’s floors.

For Darland, who like Feehan grew up with gardens and farms in Iowa, farm-to-table and juicing are not trends: it’s her life.  “It’s not a movement to us. It’s nothing new. For us, it is the only way to be. We believe in the powers of juice and want other people to experience it. I’m making no money on the juice, but we’re here for more than the bottom line.” 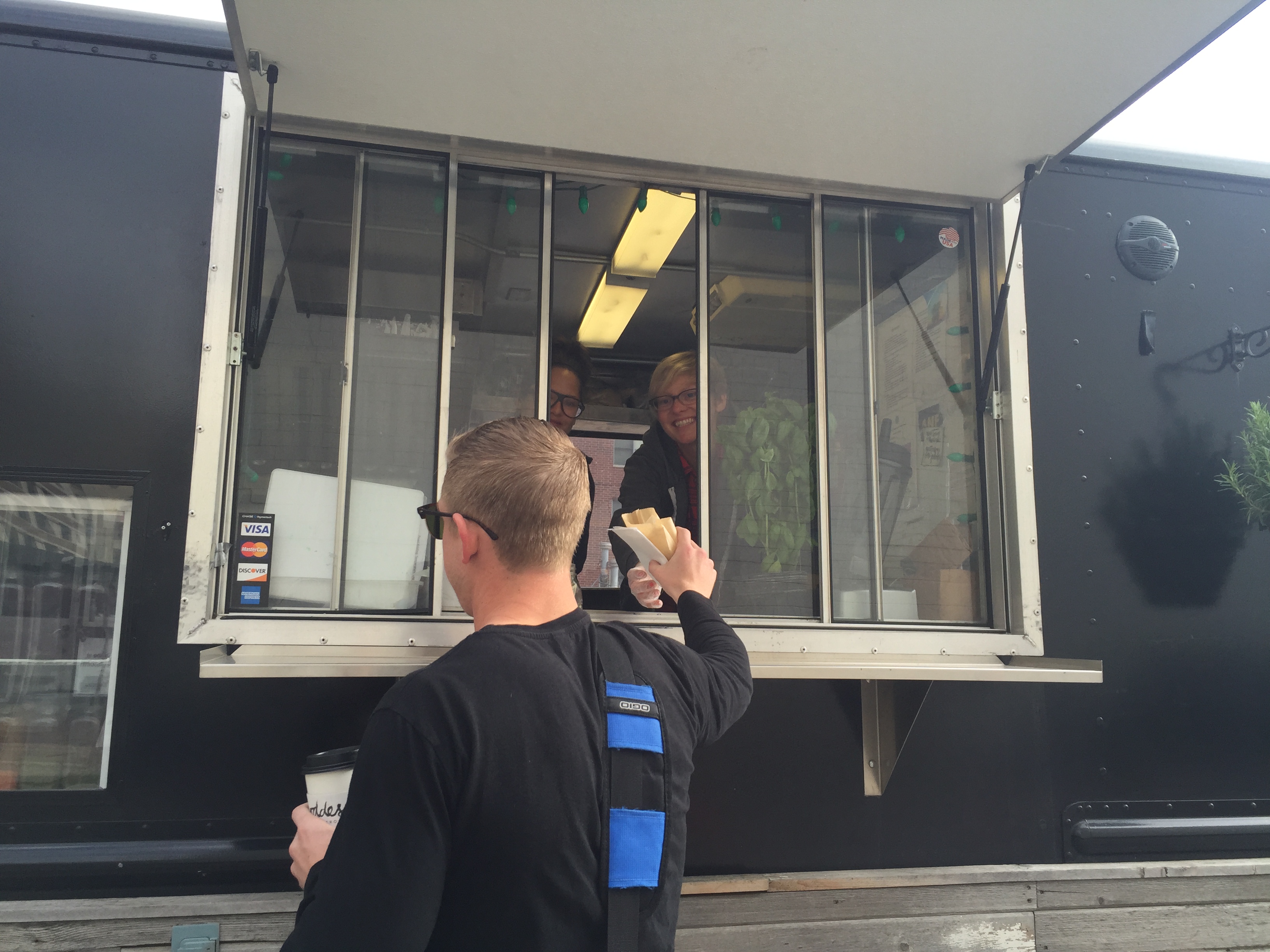 Prior to leaving, Owen had done a “Devil Wears Prada” turn as an assistant to the publisher at Cosmopolitan, launched Modern Luxury Brides South Florida magazine and served as publisher of Miami magazine. The thirty-six-year-old found that juice was what got her through an exhausting lifestyle of entertaining six nights a week. Over time, she felt pulled more to a “plant-based diet” than to the galas, charities, cocktail parties and dinners she was hosting. It’s a more challenging life, she says, but worth it.

“The corporate world can really stress you out and create negative habits,” she says. “If you’re someone like me and are lucky to find a good outlet, it makes you want to share that with other people.”

Owen’s urge to share will soon be realized on an even larger scale, with two new locations set to open: a storefront at Uptown’s Lawrence House, and in Lincoln Park, a pop-up inside élu Boutique. The Lawrence House location will be rent-free for one year, just part of a package awarded to Owen by a small business and community accelerator program that recognizes promising local entrepreneurs.

Jon Schiff, Former Wall Street Trader
Now owner of Real Good Juice Co., Jon Schiff was a trader for nearly ten years. He’d work fourteen-hour days, often eat the steak dinners, and eventually, he just grew tired of it. A former fireman and fly fisherman, Schiff craved being outdoors and finding passion at work. So he quit. He left his desk job on a Monday, and by Wednesday, he was sitting on the back of a trailer at Spence Farm in Fairbury, Illinois. Schiff had joined Chef Camp, a weeklong foray into sustainable farming that attracts the likes of Paul Virant and Stephanie Izard. Schiff spent the week volunteering, baling hay and learning the art of farming.

“It’s not sexy, it’s hard work,” he says. “I knew I needed to understand where our food came from. There wasn’t a focus for that in juice and smoothies.”

Schiff had seen a hole in the market for locally sourced juices and smoothies. So after camp, he began experimenting in his kitchen with his cousin, Gabe Lava, a former sous chef at Lula Café. Though Lava hadn’t worked much with juices, he began drumming up drinks that had layers, like a restaurant dish. The two met with a nutritionist to measure the sugar content for each drink, then they cold-pressed the juices, came up with names for the drinks like Juice Springsteen and Juicille Ball, and sprinkled in funky additives like blue majik (an algae) and bee pollen.

In 2014, after a year of fine-tuning, the thirty-five-year-old opened the first Real Good Juice Co. location in Old Town. A year later he expanded to Studio 3, where spinners and yogis grab post-workout smoothies and juices. In 2016, Schiff has opened two more Real Good outposts in the Whole Foods in the West Loop and Edgewater, where he sells parfait bowls filled with sweet-potato mousse and candied ginger or strawberry chia pudding with cacao avocado mousse.

“We’re farm-to-bottle in an efficient way,” he says. “We help connect the dots between the farmer and the consumer.” 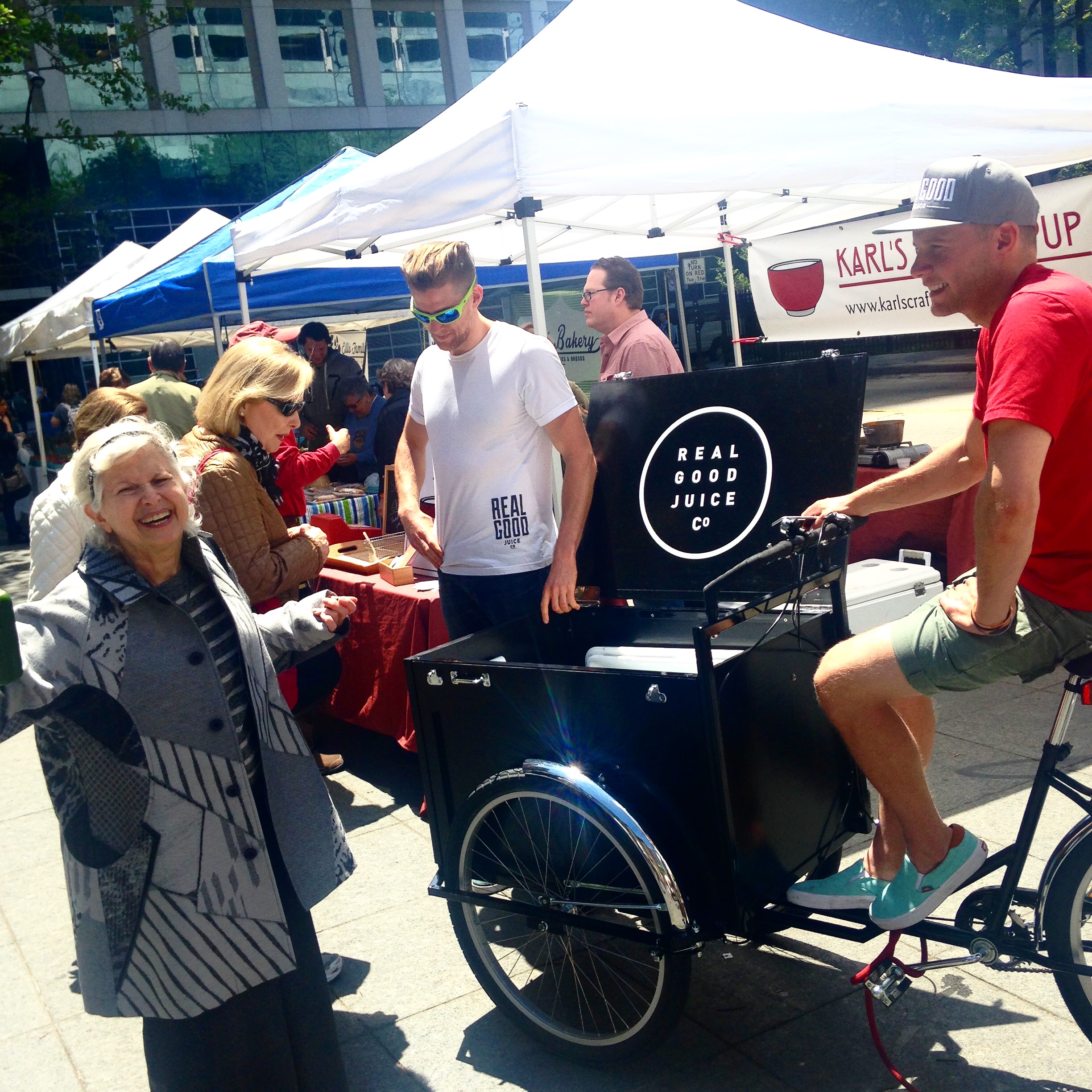