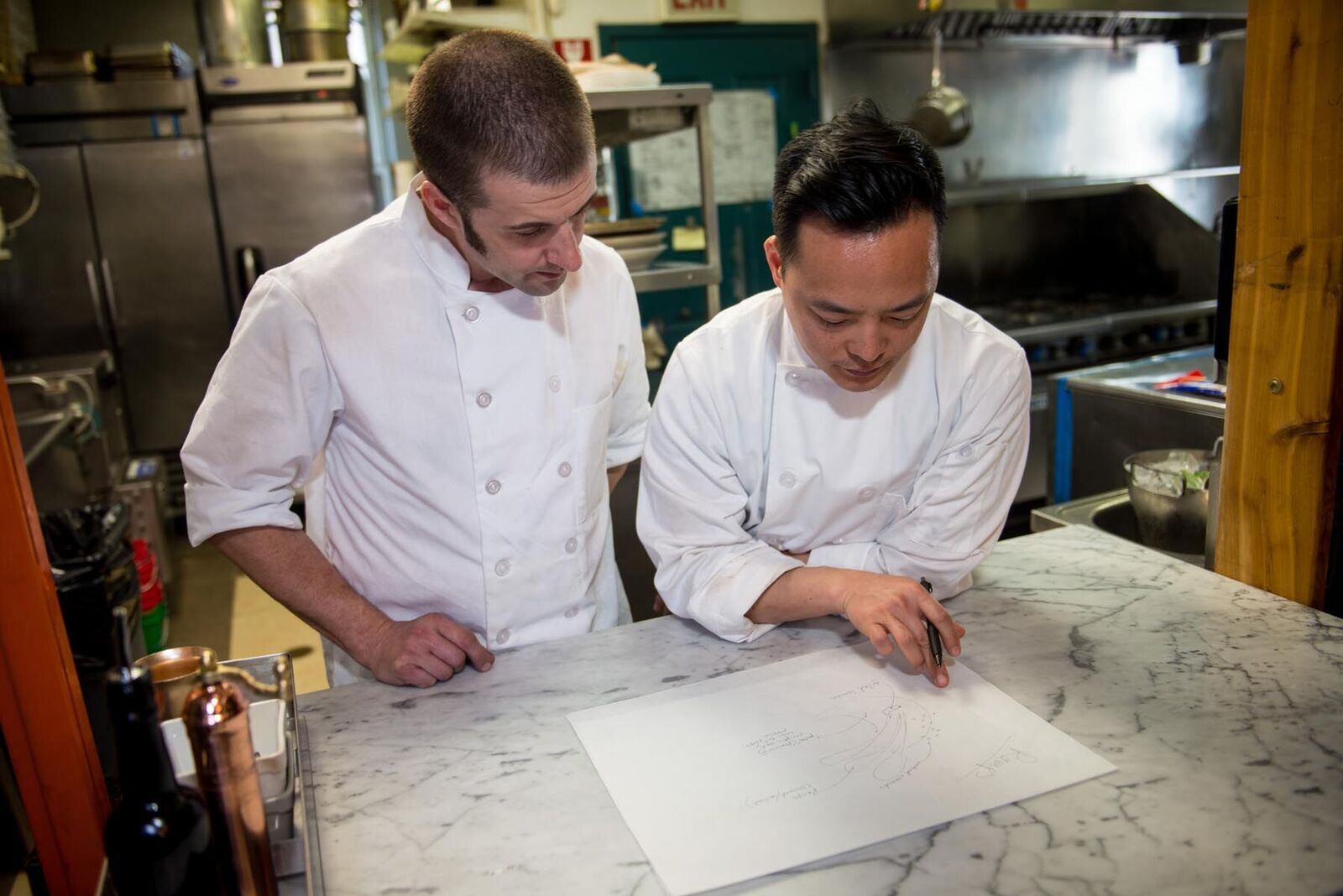 In business books, creative destruction is frequently exemplified by companies that remake their markets, as in companies like Amazon, Zappos or Uber.

But sometimes, the paradigm isn’t really shattered but just chipped away at, with small changes that can have big impacts.

At Mott St (1401 North Ashland) and later at Ruxbin (851 North Ashland), however, Chef Edward Kim thought he’d try something new by shortening the workweek to five days. At Ruxbin, however, he also started the workweek on Thursday, and it went through Monday, when the restaurant would not, like so many others, be dark. Staying open on the first day of the regular workweek may not be unique, but it is definitely unusual.

Kim believes the five-day workweek will be good for staff, observing, quite sensibly, that “We’re not robots; we’re humans. We have a finite amount of energy. Having two days off is a way to recharge spiritually, psychologically and physically. We can take that energy that was spread over six days and focus on five days.”

This seems to be an equation that requires less time for a higher quality of output.

Having Tuesday and Wednesday off also gives Kim and his staff a chance to eat at other restaurants and discover what’s being done all over the city. Because the usual model of the restaurant workweek has most restaurants closed on Mondays, restaurant workers wouldn’t even be able to go out to eat on those nights because nothing is open. Mondays at Ruxbin are now “industry nights,” and everyone is welcome, whether they work in restaurants or not. The usual price for the tasting menu is reduced from $85 to $65, which should further encourage traffic, from both inside and outside the notoriously underpaid restaurant industry.

A full forty-eight hours of free time also enables Kim, along with his sous chef Daniel Jeffrey, to have more “lab days,” stretches of uninterrupted time for experimentation with new ingredients and menu items. Before they instituted their new five-day workweek, Kim explains, “We’d have to do this kind of experimenting before or after service, getting in even earlier or coming home even later. We were stretched thin.”

And why, really, do chefs and other restaurant workers have to work so hard? Years ago, before he opened Ruxbin, Kim remembers that “In New York, we were working sixteen-hour days. Then I went to California and everyone was working eight-hour days. I realized that could be normal.”

There’s no reason why a five-day workweek couldn’t become the new normal at restaurants. Paradoxically, though, if many restaurants decide to follow the Ruxbin model of being open Thursday through Monday, chefs and restaurant owners would be right back where they started from, with most restaurants closed on the days when most restaurant workers are off of work and able to enjoy a restaurant meal. Given how slowly mammoth industries like hospitality tend to move, however, it’s a safe assumption that we’re a ways away from that new reality. (David Hammond)