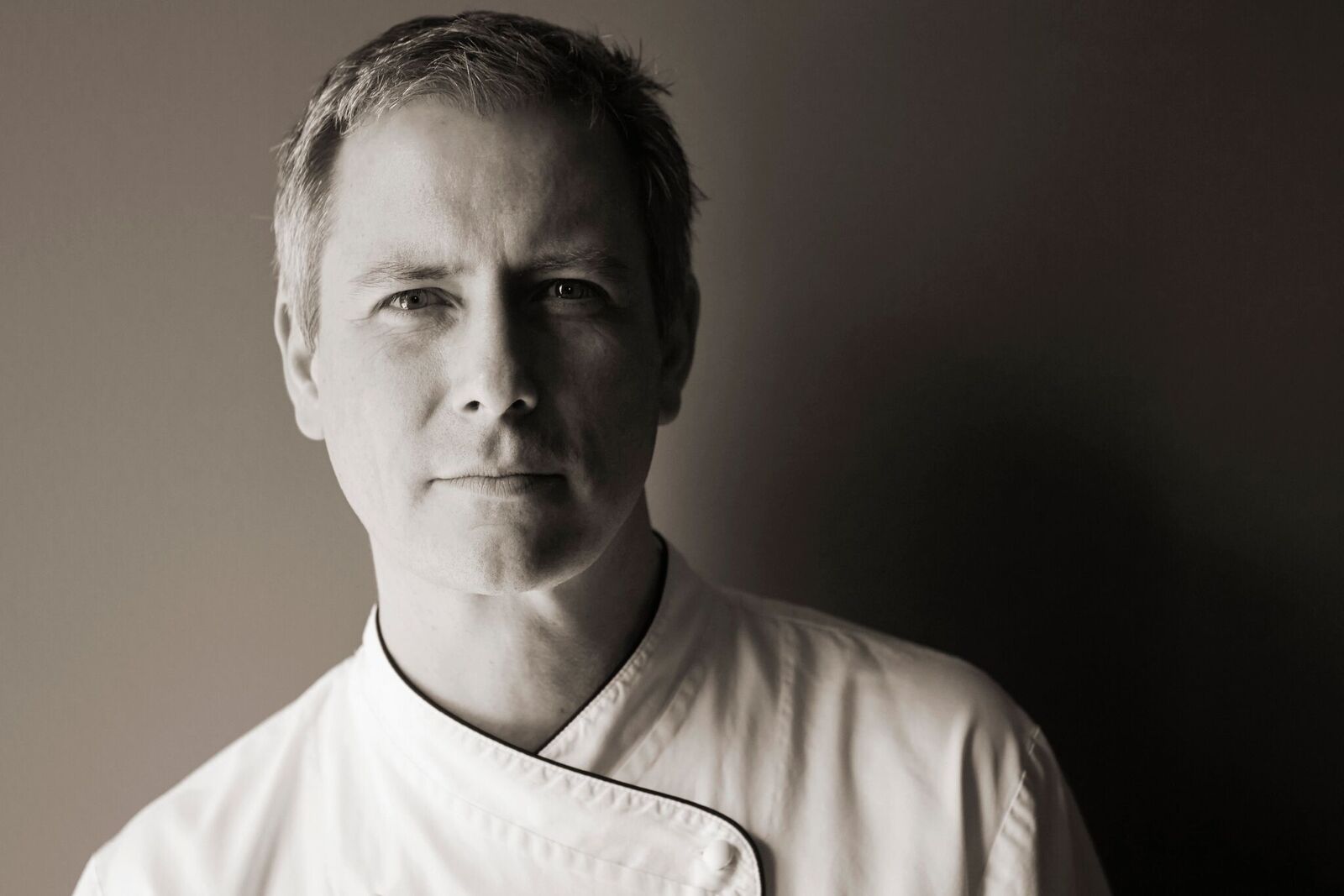 When a guest comes to a restaurant like Sepia, they’re usually looking for more than just something to eat. They want the experience of the restaurant. As chefs, we want to create food that our guests find satisfying, tasty, delightful, surprising. In pursuit of those goals, if we’re able to hit on a taste memory or similar trigger from their past, that’s fantastic. A lot of thought goes into what ends up on the plate, why it’s there and how it’s presented. We work hard at getting the right balance in each dish… acidity to brighten up the flavors, textural variance to keep your mouth interested, notes of sweet, salty or bitter to round out the overall flavor profile that we are going for. We also recognize that old adage “You eat first with your eyes.” Therefore, the design of the food on the plate, and for that matter the design of the plate itself, are given considerable attention. Flavor is the number-one concern but we pay attention to color, compositional balance, how the plate acts to “frame” the food and how the guest is going to approach eating it. I think our current plating style walks the line between organic and lightly fussed over.

Usually we’re building a dish with the idea of eliciting an emotion or connection, and it’s often an emotional connection that we ourselves want to make with the food. For example, Roasted Rabbit Loin, Pave of Rabbit Confit, Tea-Soaked Prunes, Potato Puree and Rabbit Jus is an attempt to understand a classic French dish that would have resonance with someone who grew up in France… and by examining it and reworking it we get to connect with that imaginary French person. 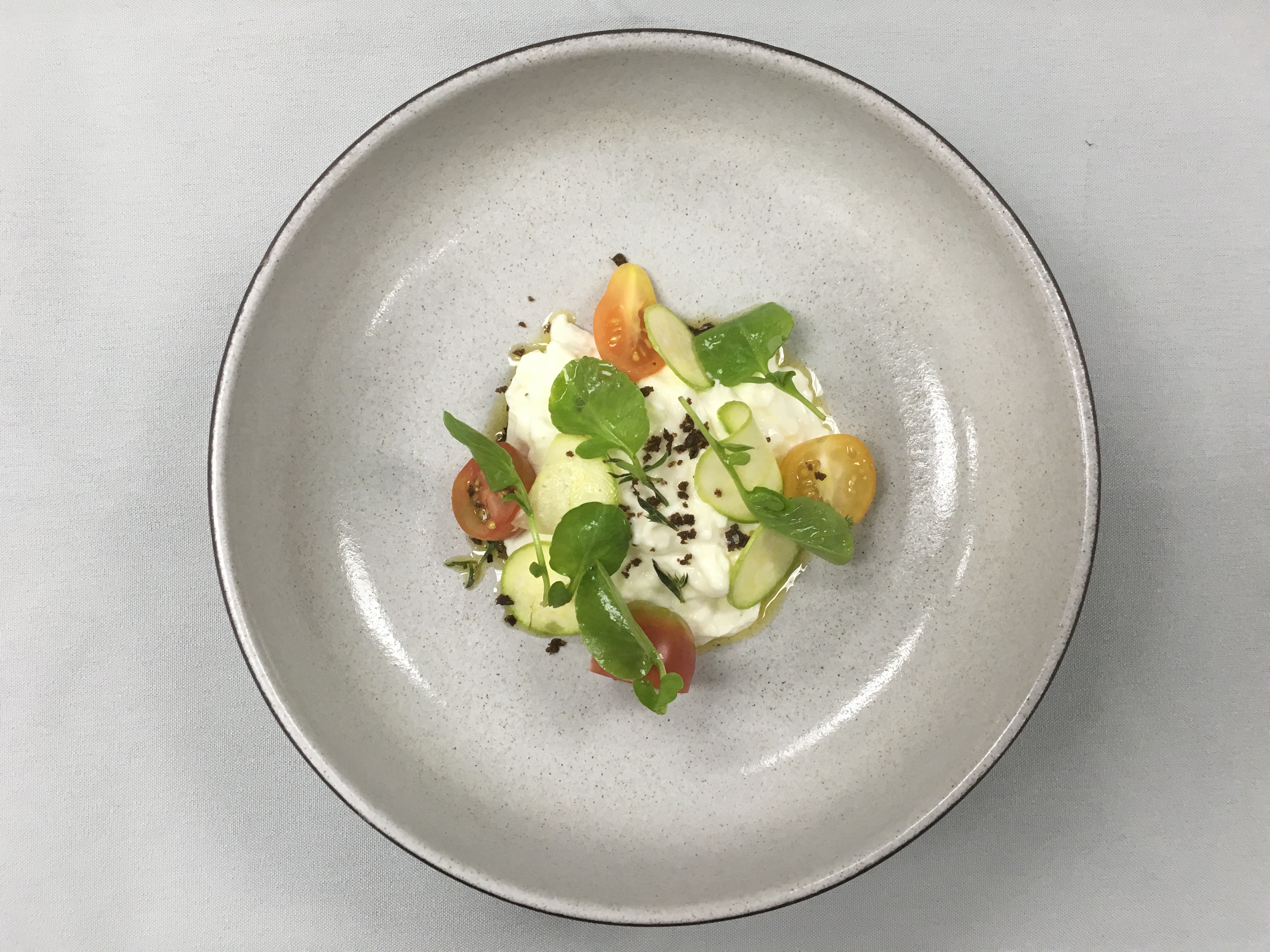 Sometimes we like to use a familiar format to surprise our guests with flavors they might not be expecting. For example, we make a dish based on the Italian classic Tortellini en Brodo but instead of the meat-filled pasta and meat broth, we fill the pasta with sweet potato and miso and infuse dashi with the piney scent of fresh matsutake mushrooms. This takes the dish out of Italy and puts it firmly in Japanese flavor territory.

As a musician, I sometimes think in terms of how music relates to my job as a chef, and if there was one album that’s somewhat analogous to dinner at Sepia, it would be The Dave Brubeck Quartet’s “Time Out.” That album presents interesting and sometimes challenging music (from a technical standpoint) that sounds pretty simple and straightforward… even if it isn’t. The time signatures change in all kinds of directions, but the melodies are so clear and understandable that you are swept along easily and comfortably. Hopefully our food is similar…grounded in solid technique that allows us to use novel ingredients or pairings in ways that are pleasant and unobtrusive. The Brubeck band was a great example of the “Cool Jazz” movement…I would like it if people thought eating at Sepia was somehow analogous to their elegant, reserved style.

Music is just one art form that’s analogous to the kind of art that happens in a kitchen. And there are, of course, key differences between the work of a painter or musician and a chef. For instance, and most obviously, you don’t eat music, paintings or sculpture. The culinary work of art is almost immediately destroyed.

And it’s very rare that music or visual art really makes you sick—which, alas, though thankfully rarely, can sometimes happen in a kitchen. Moreover, music and art are not necessarily influenced by the seasons, but what we do in the kitchen is almost always, or should almost always, be influenced by what season we’re in, what’s growing, what’s looking best at the farmers’ markets.

Is a chef an artist? Well, most chefs are craftsmen. That is the basis of the profession. You need the technique and discipline to do repetitious work. Very few chefs are able to do work that transcends the craft of cooking and elevates it to art. Just because you can make a pretty plate of food doesn’t mean you’re an artist. Without getting in to the rhetorical “Is it Art?” conversation I guess I would say that food as art is like that old line about pornography…”I can’t really tell you what it is but I know it when I see it.” When a chef has a specific vision and the food on the plate speaks to that vision and is greater than the sum of its parts, that’s art.