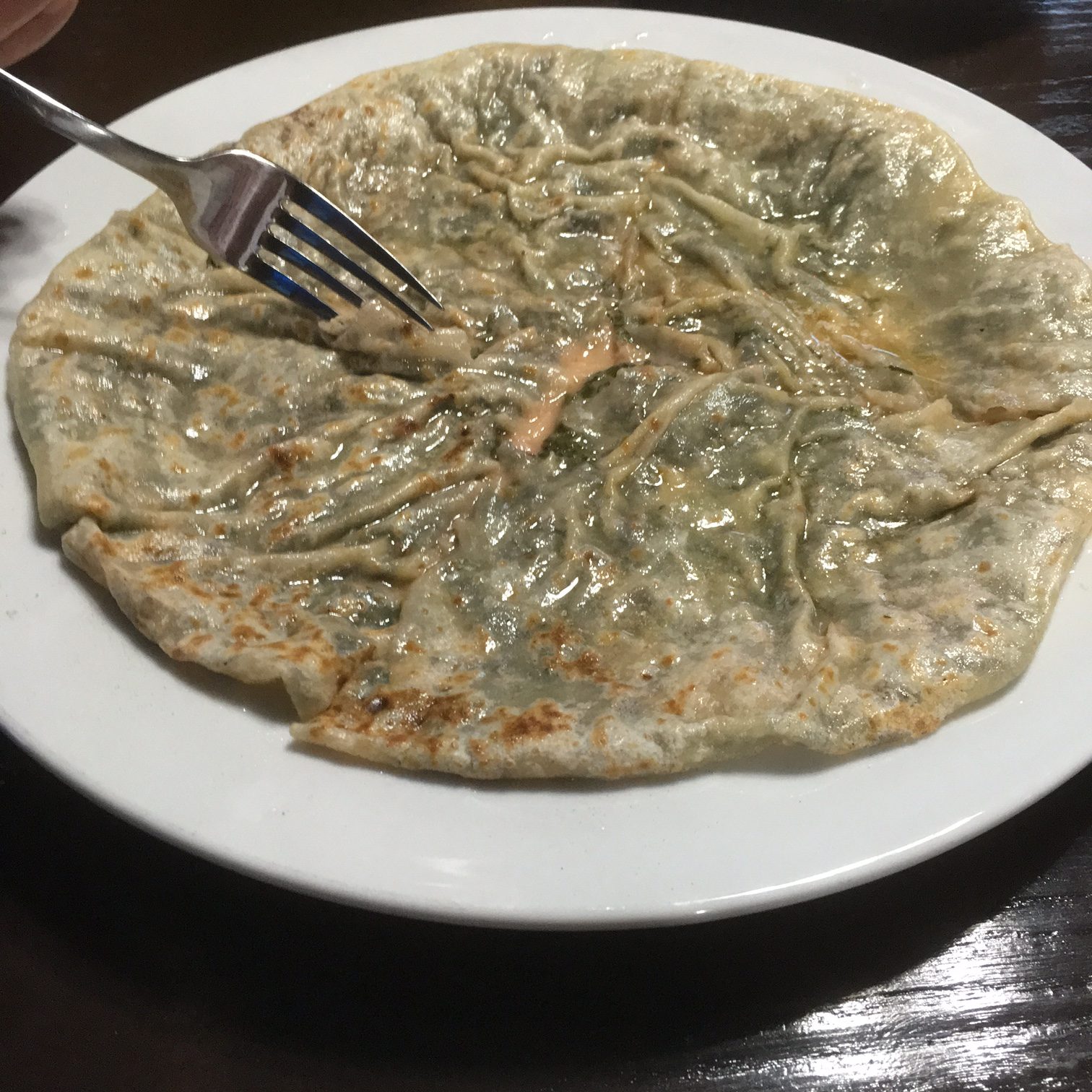 Who fills stamp catalogues? Who collects matchbooks? In the twenty-first century, people collect restaurants. From countless Instagram food pics to the lines at Au Cheval, eating out is our national pastime.

For instance, if you explore the extent of “ethnic” restaurants around Chicago, you know we overflow with Mexican. As predicted in these pages, far-flung suburbs now have their mangonadas. It has been said that Chicago’s Chinatown is growing while similar ‘hoods in New York and San Francisco contract. Cruise down Devon on the Far North Side to see whole swaths of international delicacies. But are you looking close enough? If you did, you would see many examples of what we might call “post-Soviet cuisine.” There are places where Mongolian food means more than Mongolian beef. And Kyrgyzstan is not the home of a Superman villain, but the source of a new kind of “cabbie” joint.

So you drive down Belmont, so far past Lakeview that O’Hare seems around the corner. You notice a restaurant, Kavkaz. It means nothing to you, yet on its facade you see two mysterious tribal flags and a sign that the food is halal, you know, kosher. Intriguing. What kind of place is this? You go for lunch, order Manti, a meat dumpling common throughout nearly all the post-Soviet sphere. You start texting your oracle, your Deep Throat, your own shoeshine guy with inside information. Of course he knows that Kavkaz refers to the Caucasus, a real place, not just a remnant of racial profiling.  Except to him, the Caucasus is a big place. Whose Caucasus do we mean? I eat my Manti, to be honest, nothing quite spectacular, but that’s not what matters. They have to be Karachay my friend says, based on words he has gleaned from menu text I have sent him. Or perhaps even Balkar—these are people from the Caucasus, never quite assimilated into greater Russia. They have a restaurant in Chicago. A rare find, indeed.

Ask, ask. Get needed data. I must follow up for my food-savvy friend. Perhaps, I am pronouncing these things wrong. My waitress insists the food they serve here is just Caucasian, and I’m not talking ham sandwiches on Wonder bread. Soon my friend is there. He knows how to unlock the codes of secret menus. He affirms the chef is of the Karachay, that Karachay food can be added to our life list. My friend tells me of a dish he had at Kavkaz; it’s called khychin, sometimes spelled khychiny, a pancake-ish thing stuffed with potato and cheese. I realize I too have eaten khychin in Chicago. Not at Kavkaz, but at a place only a few blocks from my Oak Park bungalow. Elbrus, it sounds Spanish, but again to those more geographically astute, it all makes sense. Did you know that Elbrus is the major peak in the Caucasus, the highest mountain in Europe and the tenth biggest in the world? Me, neither.

Displayed on the front wall of Elbrus are the words “Eastern European Cuisine,” leaving you to expect pierogis and cutlets. Instead, there is khychin, and the chef is from Balkaria. We order the khychin of beet greens that tastes mostly of scallion and dill. You don’t care because it’s all about the dough, wisp-thin, but soft and very pliable, maybe like a crepe but not really, the closest I can think is some of those Scandinavian potato breads. There is salad, not shopped from Green City Market, yet not insulting the way tomatoes served to you in the summer can be. Now the letters outside say wood fired, and he really has logs of wood sparking the grill. He produces stellar kebabs of chicken and lamb, accented with Georgian sauces made of sour fruits.

The chef tells us there is a small Balkar community in Chicago, as well as others from the Caucasus: Daghestani, Circassian. Oh the specialties that may be lurking! Some from the Caucasus settled in Wisconsin, raising lambs and producing milk cheeses. Living on the prairie, they still eat as mountain nomads. He would make us a dinner sourced from these farmers, sausages from offal; soured milk dishes, khychin and other savory pies.

After reports of spotting the ivory-billed woodpecker in Arkansas in 2004, ornithologists went into a frenzy. No one since has been able to produce a good picture. In the summer of 2016, the Balkar man, who left the Caucasus for a better life in Chicago, quietly shut the doors of his place on North Avenue.  Will we ever spot it again?