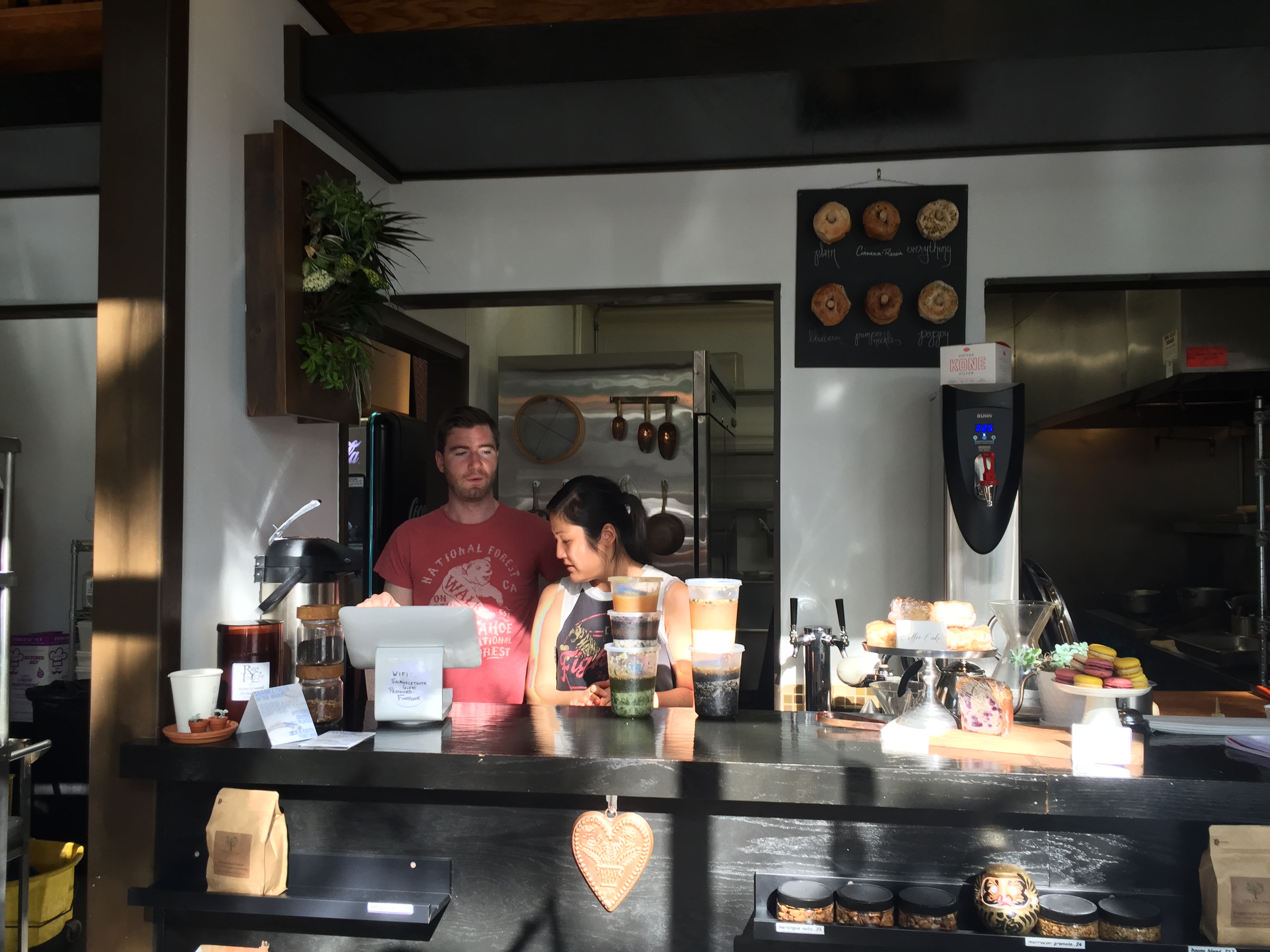 In a tiny kitchen in Lakeview, two fine-dining seafood alums are revamping one of the oldest cooking techniques in the world.

Jennifer Kim and Bill Montagne, former chefs at River North’s C Chicago, have taken the ancient method of fish curing—which dates back to 3000 BC—and slowed down the process. At their six-month-old deli-style restaurant Snaggletooth (2819 North Southport), the duo cures fish up to nine days, instead of the traditional one to three days, infusing it along the way with smoky teas and spirits.

“The whole key is cooking it as slowly as possible,” Montagne says. “It’s more akin to braising. Rather than heat, salt and acid and alcohol cook it.”

Here’s how they do it.

On a Monday in August, Snaggletooth is closed. Behind the counter, the team of two scale, clean and filet more than two-hundred pounds of fish. They source from all over the world: wild sockeye salmon from Alaska (when it’s in season), Hamachi from Japan, sturgeon from California, ocean trout from Scotland. They’re very choosy about what they’ll accept. Montagne and Kim, who met at C Chicago, have spent most of their careers working in seafood. For Kim, thirty-three, it started with a childhood trip to Korea to visit her grandmother. She remembers traveling to an island where she sat on a milk crate and watched women catch sea cucumbers and clams. Seeing such great seafood stuck with her, even in the meat-and-potatoes world of Chicago.

“Now with globalization,” Kim explains, “we should be able to source really great things. People in Chicago want to eat really great quality seafood. We deserve it.”

For Montagne, thirty-one, who spent five years at New York’s premier Le Bernardin, cooking seafood requires more finesse. You can overcook steak a bit and still salvage it, but fish is less forgiving. “Curing fish is all about experience,” he says, “and using precise measurements.”

On his iPhone, Montagne shows me tables and tables of recipes, ingredients measured out in exact percentages. He flicks through: Breakfast gin and Earl Grey. Lapsang suchong tea, which adds a smoky flavor to sturgeon. Mezcal. Grapefruit and fennel fronds. Not your typical curing mixture. 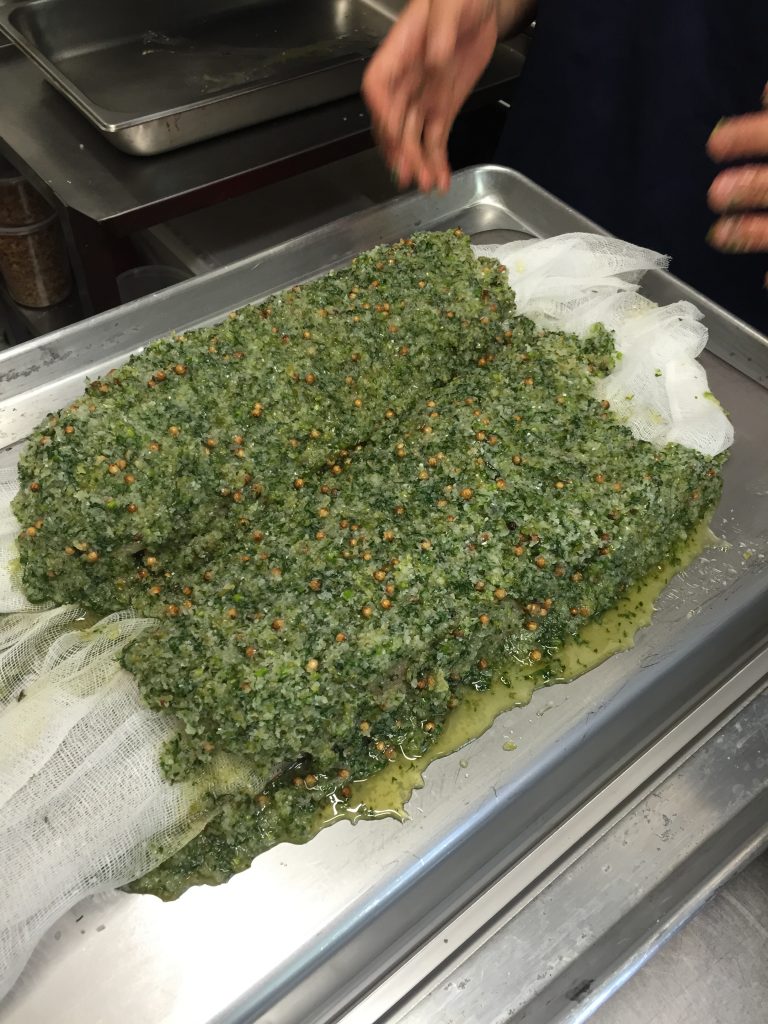 “Just like aging whiskey in a barrel for six months or two years or ten years is going to change it, taking a process that traditionally takes two days and slowing it down and drawing it out allows us to develop much more complex flavors,” Montagne adds.

Montagne, a Chicago native, learned the technique from his days at Café Gray in New York; he’s kept it in his back pocket ever since. Over the next forty-eight hours, the cilantro, coriander, lime juice, lime zest, mezcal, sugar and salt cure slowly seeps down, infusing the fish with flavor and driving out all the water. Instead of using heat, the acid, alcohol and salt cook the fish to completion. When the fish is done, it’ll have a certain bounciness, like the web between your thumb and pointer finger, Kim says. Two days later, she wipes off the cure and unwraps the Hamachi—careful not to let any cure touch the skin—revealing a shiny, supple filet.

“At the end of the day the fish is the star,” Kim says. “We don’t want to overcomplicate the flavor profiles; we just enhance the fish.”

From there, slivers of gravlax or smoky sturgeon are plopped onto bagels or served on a tasting platter, some rubbed with lemon oil or coupled with a kimchi schmear.

“No one’s really doing this,” Kim says. “There’s no baseline. Even for us it’s a learning process of how do we communicate what we’re doing in a way that doesn’t sound intimidating. But at the end of the day, it’s just food. It’s just cured fish.”

Luckily for us, they shared a recipe for the home cook on exactly how to cure fish. Have at it.