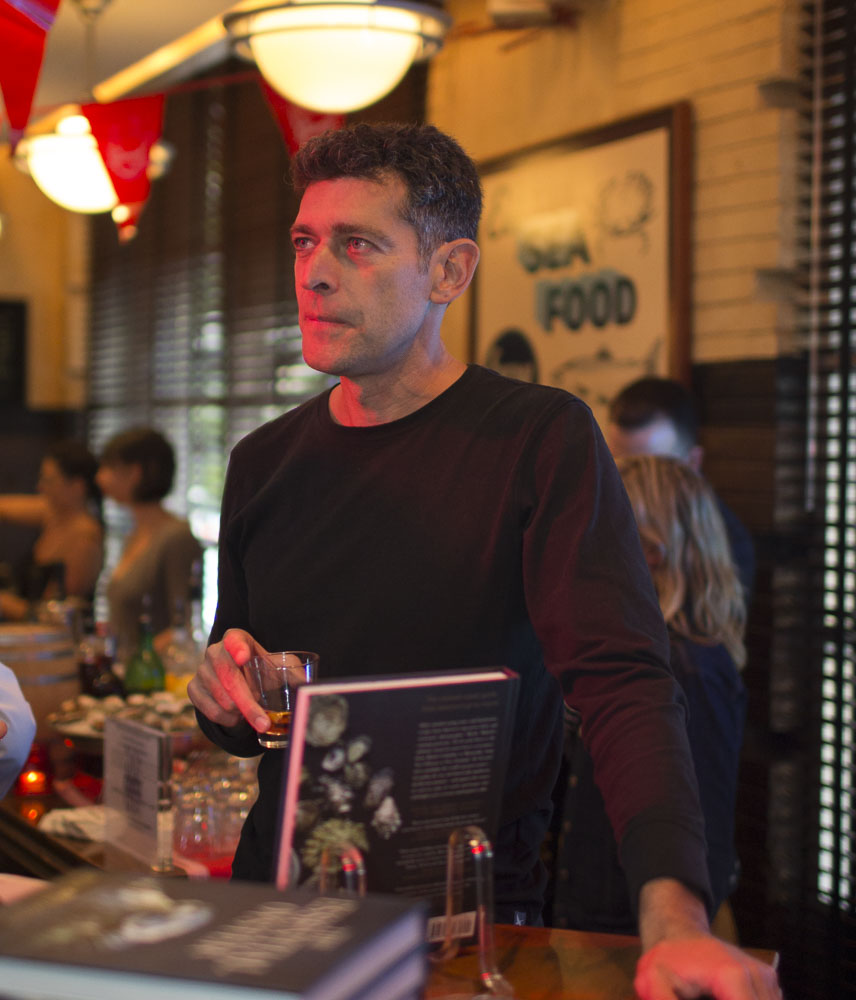 Many of Chicago’s earliest restaurants served East Coast oysters packed in sawdust-filled barrels, sent by rail to the Midwest, and kept unrefrigerated for weeks or even months before serving. Sometimes people got sick from oysters, and this probably helped lead to a long period, decades actually, when fresh oysters were somewhat rare in Chicago. During the past ten years or so, all that has changed. We think the best place for oysters in Chicago remains Shaw’s Crab House (21 East Hubbard), one of the oldest and largest purveyors of fresh oysters in the city.

Recently, we were tasting some of Shaw’s constantly rotating selection of East and West Coast oysters with Rowan Jacobsen, author of “The Essential Oyster,” which came out earlier this month.

For your tastes, what’s the best oyster? What’s it look like and taste like?
It’s fairly large and firm, with ivory-colored flesh (an indication that it’s going to be sweet and rich). It should be briny without being bitter salty and it should taste like the waves at the beach.

Tell us about your first experience eating oysters.
I was twelve, eating them in a raw bar in Florida with my dad after a day at the beach. That first one was definitely a dare, so I, well, I swallowed hard. It was kind of scary, but to my surprise, I didn’t hate it. Pretty quickly I got really into it, and we’d always stop at the raw bar after a weekend beach trip. It felt very grown up and cool—and it still does!

Aside from books by people like you and Mark Kurlansky (“The Big Oyster”), what explains what you call “the current mania for oysters”?
I think as our world becomes increasingly digital, virtual and mediated, a food that still has a primal authenticity holds more appeal. It’s like a cold splash of ocean that smacks you out of your cozy life and reminds you that you’re a living, breathing alpha predator in a beautiful natural world.

How about a few varieties that are guaranteed to please?
Island Creek, Pemaquid, Hama Hama, Blue Pool, Shigoku, Kumamoto, but it’s very difficult to tell anything about an oyster from its name or chalkboard listing. Actually, for that very reason, I created a website called Oysterater.com that people can go to on their phones to get the 411 on specific oysters.

You mention that “oysters are best eaten raw,” yet oysters are regularly served with cocktail sauce and perhaps mignonette. To you, do these two sauces ever enhance the taste of a good oyster?
I used to be a real hardass about this, but I’ve mellowed. Both sauces eliminate the flavor of the oyster entirely, so if your goal is to fully experience the oyster, they just get in the way. On the other hand, both sauces taste great, so there’s nothing wrong with using them and enjoying them for that, although it’s a pricey way to enjoy cocktail sauce. In college, I used to eat a lot of “poor man’s oysters”—saltines with horseradish and cocktail sauce. They’re a lot cheaper and pretty tasty with beer. 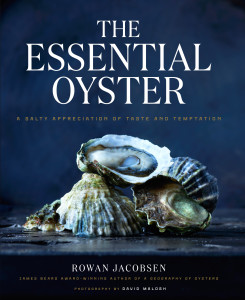 I’ve chatted with Steve LaHaie at Shaw’s about chewing oysters: he does, and so do I. How did anyone ever get the idea that it’s not good to chew oysters?
That perplexes me, too. Not chewing is just for wannabe oyster eaters who aren’t ready to deal. It can be a good way to get newbies (especially kids) started, but it’s not respectable behavior for any fully formed adult.

You mention in the opening paragraph of your book, that “An oyster conveys its life experience directly to your senses.” Can you assess the health of a body of water by the taste of an oyster?
You can assess how much food is in the water. An estuary full of phytoplankton is going to make fat oysters. Some estuaries are over-nutrified, which leads to tons of phytoplankton, which leads to fat, yummy oysters, but it doesn’t necessarily mean the estuaries are healthy. But the oysters are!

Might the current mania for oysters lead to the overharvesting of specific kinds of oysters?
No, because oysters are all farmed. Like Doritos, the more you eat, the more they make!

We’ve been warned about the problems related to fish farming (pollution, opportunity to pass diseases fish-to-fish, etc.), but do those or any other problems occur with oyster farms?
Quite the opposite. Shellfish farming is the only farming I know of that involves zero inputs of any kind. You don’t feed oysters: they filter their food out of the water. Oyster farms literally improve the water quality of their bays. For that reason, oyster farming is encouraged by every coastal state and environmental group. One of the best things we can all do for the coasts is to eat more farmed oysters. So get busy!