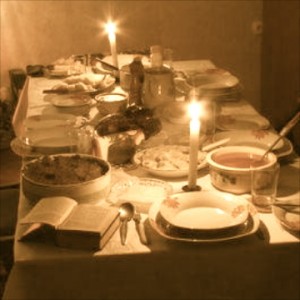 Starting in November, colored lights begin twinkling around Chicago, windows become adorned with festive winter scenes seemingly overnight and Christmas music sings out of every shop. In the United States, according to a 2013 Pew Research Center survey, ninety-two percent of people celebrate Christmas. That includes ninety-six percent of Christians, but also eighty-one percent of non-Christians. Most people with no religion, about eighty-seven percent, celebrate Christmas, as do about three-quarters of Buddhists and Hindus, and a third of Jews.

Some of these statistics may seem surprising. Christmas is, after all, a fundamentally religious holiday based on the birth of Jesus Christ. But looking solely at the holiday’s roots fails to give credit to culture and consumerism. According to Gallup, the average American shopper spent $830 on gifts last year. The National Christmas Tree Association says 25.9 million trees were purchased in 2015, and that’s just the real ones. Each year, 1.76 billion candy canes are made, along with 150 million chocolate Santas.

Also each year, “Keep Christ in Christmas” campaigns will inevitably spring up, as will controversies over Starbucks cups and whether to say “Merry Christmas” or “Happy Holidays.” The fact is, Christmas in the United States has become increasingly secular, and for many, the holiday is a time of collective cheer regardless of religion. That same Pew Research survey found that only about half of Americans—fifty-one percent—say that, for them, Christmas is a religious holiday, while thirty-two percent consider it more of a cultural holiday. For many, the point of Christmas is to enjoy time off, exchange gifts, stuff yourself with sugar, and spend time with family and friends.

As with most holidays, many family Christmas traditions revolve around food.

“We make special cookies and my kids, even as they get older, feel like it’s not Christmas unless we do that,” says Cameron Gearen, who was raised Catholic but has made a conscious choice to establish family traditions that are not religious. 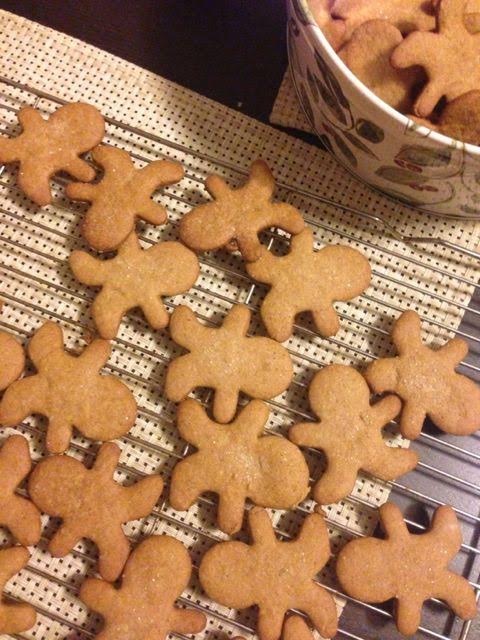 Heather Kenny, also raised Catholic but no longer practicing, makes her mother’s gingerbread cookie recipe every year without fail, a tradition that became even more important after her mother passed away. “She got me sentimental about Christmas in the best way. Now even though I live alone, I have a real tree every year, and I make her cookies. It’s just for me, but it’s important for me to do.”

For Valya Lupescu, whose Ukrainian grandparents immigrated to the United States after World War II, food is one of the most important aspects of the holiday. “My grandmothers taught me the invaluable lessons that food can be magic and recipes are a kind of time-travel.”

Ukrainian Christmas Eve, called Sviat Vechir, is one of the most important celebrations for Lupescu’s family. The celebration includes twelve traditional dishes and the ritual of leaving a place at the table for dead ancestors. Though over the years the family dynamic has changed and recipes have evolved (“everyone has their favorite borsch recipe”), traditions hold steady. “We still begin with kutia (Ukrainian porridge), and we always set a place for the ancestors, because this holiday is as much about remembering as it is about celebrating birth and hope.”

Lupescu became pagan in college and now celebrates the Solstice along with those Ukrainian traditions. “When I was a child Santa came with presents in our stockings and under the tree for ‘American Christmas;’ whereas ‘Ukrainian Christmas’ was all about family, food and tradition. It felt perfectly natural to separate the sacred and the profane in such a way, and so I’ve done similarly with my own kids.”

With Christmas inundating television screens and shopping malls, grocery stores and conversation, it’s only natural that kids who aren’t Christian would want to join the fun.

“I was raised conservative Jewish, but growing up all I wanted was a Christmas tree,” says Rebecca Plotnick. “I went to public school and was in choir, so I knew every word to Christmas songs and am still obsessed with Christmas.” Now, she celebrates by making cookies with friends and giving Christmas gifts to her niece and nephew, who also celebrate Hanukkah.

Sabrina Kumar, who is Hindu and considers herself fairly religious, also felt she was missing out on Christmas as a kid. “I grew up celebrating Christmas, but it was always a disappointment because it wasn’t celebrated the same way in my household as it was for others,” she says, noting her family always got a tree and exchanged a few gifts. They did not, however, carry out all of the traditions—including those related to Santa Claus—that she saw at her friends’ house. As an adult, the season is less disappointing and more about family. “Christmas,” says Kumar, “never had a religious connotation; it was more just a cultural American tradition we had brought into our house. We have a party every year, we usually get a nice tree, and we do secret Santa. I have a big family, so we tend to love and embrace all of the holidays as a chance to get together.”

Carly Oishi, who was raised agnostic, agrees. “I love Christmas. My family gets a tree and we have some kind of dinner with extended family and open presents on Christmas morning. My brother and I never believed in Santa. We participated in community organizations that had one, so we understood the concept, but it wasn’t practiced in our home. He just kept showing up at different events.”

There is debate over whether that last point is actually true, but in 2015, US retail sales, at over $626 billion, did surpass the entire GDP of 181 countries.

For many though, it’s not all about the gifts. Gearen, for example, wants her kids to realize there’s more to Christmas than consumerism. “We read Luke chapter two right before opening gifts on Christmas morning,” she says. “We’re not religious, but it started to add meaning to this time that is a frenzy of consuming things, and I still do it if my kids will tolerate it.”

From buying special ornaments each year to making family recipes, traveling to siblings’ homes or reading “’Twas the Night Before Christmas,” each of these people had something in common: they use the holidays as a time to enjoy each other’s company and revel in holiday cheer. Each of the people I talked to noted tradition and time spent with family as the most important aspects of the holiday season, whatever religion they are, or if they’re not religious at all.

“Christmas day is just a chance for my family to get together and eat a meal,” Amiri says. “Our holidays aren’t recognized as national holidays in the States, so since Christmas is a national holiday we have the time to spend together.”

“There’s just this period where Christmas music comes on and instantly everyone is nice,” says Plotnick. “There’s a kind of cheer, a buzz in the air, people are donating money. It’s a cultural thing that everyone celebrates. A feeling of happiness and kindness. It’s universal.”