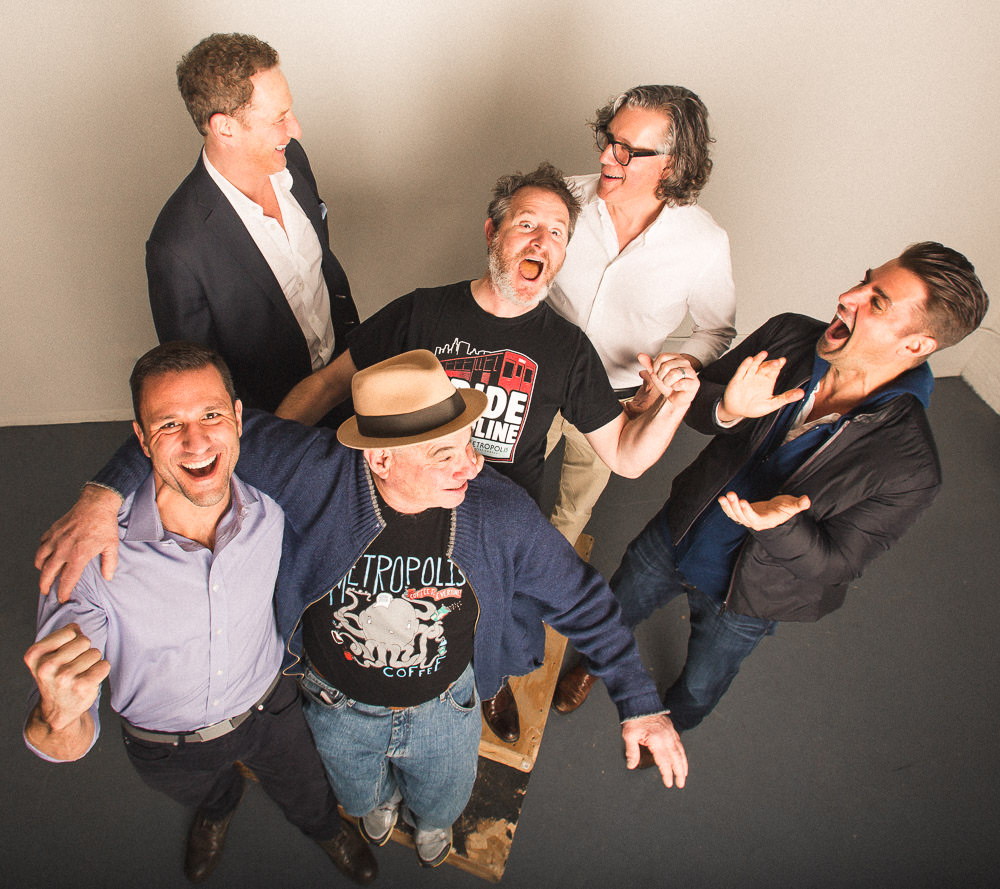 Big Heat 2017 is Newcity’s biennial listing of Chicagoans who wield largely behind-the-scenes influence. These are not chefs, sommeliers, bartenders and others who serve us what we like to eat and drink. Rather, this year, we’re listing the owners, media personalities—journalists, bloggers and PR people—business leaders, as well as food-oriented entrepreneurs, including farmers, beer/spirit makers and coffee roasters.

To compile our list, we queried leaders in Chicago dining culture, people who’ve been on the list themselves and others in the industry. We based our decisions on those recommendations, while taking into account performance and promise: we considered not only people who’ve had an impact on the world of dining but also those who are positioned to have an impact in years to come.

Some anger is an anticipated reaction to this list. That’s partly because we live in an angry age but also because we have probably left off one or more of your favorites—perhaps even you. Apologies. All lists are unfair, limited by a lack of omniscience and sometimes swayed subjective preference. Our team has simply done our best to call out many major and even some lesser-known names of people we believe are, beyond the kitchen and bar staff, shaping the dining experience in Chicago, making it what it is today and what it will become tomorrow. (David Hammond) 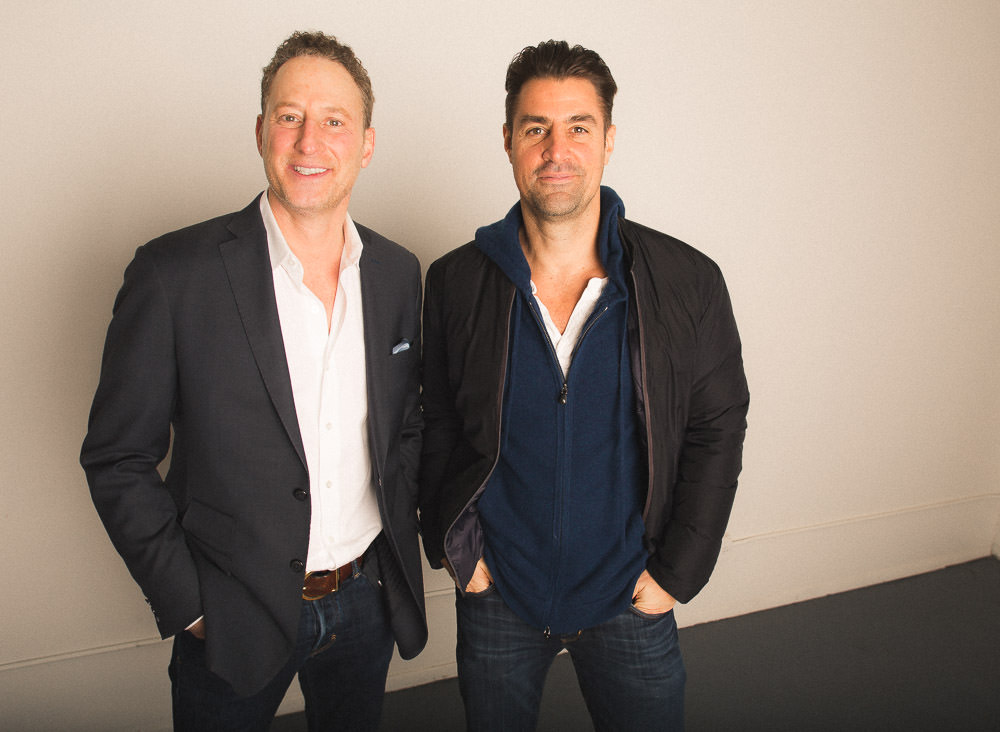 1
Kevin Boehm and Rob Katz
Co-Owners/Co-Founders, Boka Restaurant Group
In their first seven years as entrepreneurs (2003-2010), Kevin Boehm and Rob Katz opened three restaurants under the Boka umbrella. In the past two, they have unleashed four, all marked by exceptional food, hospitality and design. “The evolution of the company both in infrastructure and intellect has allowed us to move faster these days,” says Katz, “and at the same time build better restaurants.” Partnerships with savvy design firms—the element of restaurants most underestimated by diners, laments Boehm—and chefs has typified a model that begs to be not just admired but imitated. Chefs take ownership “not just in equity but in emotion,” Boehm says, a framework in place when Giuseppe Tentori led Boka to its first Michelin star. The group now runs fourteen operations alongside five-going-on-six chefs, most recently adding Jimmy Papadopoulos of Bohemian House fame. Boka has, by developing restaurants with “soul and character that also make financial sense,” squashed any limitation of the restaurant group canon. “I hope,” says Katz, “that we continue to take chances, evolve and push the envelope.” 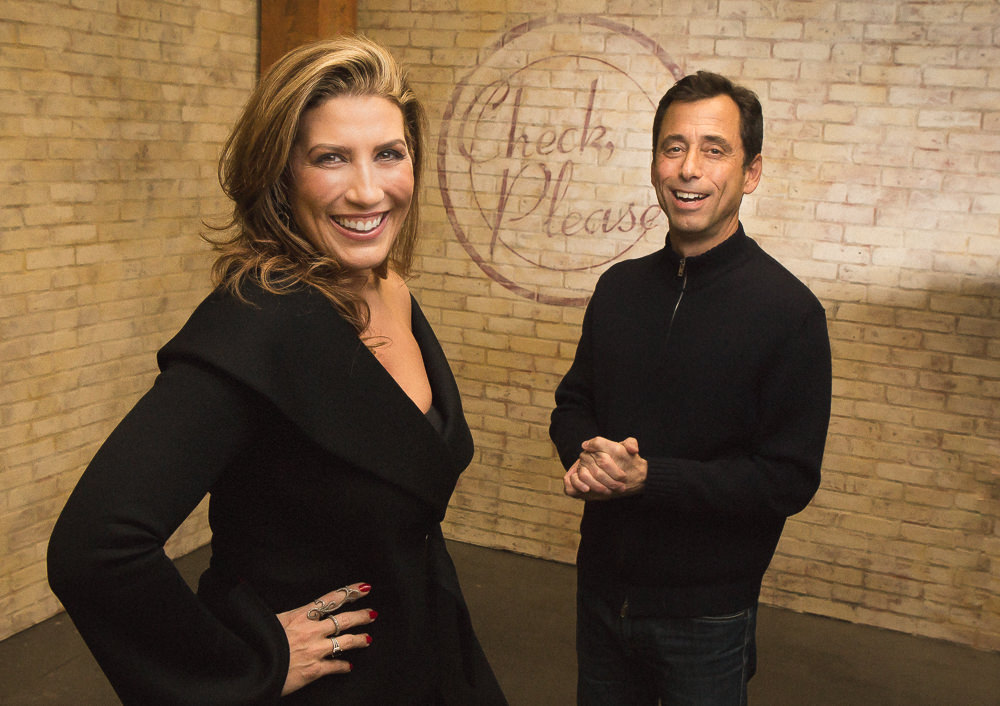 2
David Manilow and Catherine De Orio
Creator/Producer and Host, Check, Please!
David Manilow, the creator and producer of “Check, Please!,” began the show in 2001 after starting an ad hoc dining club to get friends eating at places outside their comfort zone. Keeping risk in the crosshairs is an idea that has kept Check, Please!—with host Catherine De Orio (see “Food Star of the Moment”)—entertaining and compelling. And it has inspired spinoffs in cities across the United States and the world. “We’ve also added our digital interview series, ‘Chat, Please!’ where we showcase the important and creative people that make our city a world-class food and drink destination,” explains Manilow. “It’s a chance for us to expand past the restaurant world and into everything from chocolatiers to coffee roasters to distillers, food photographers, filmmakers, restaurant designers and much more.” 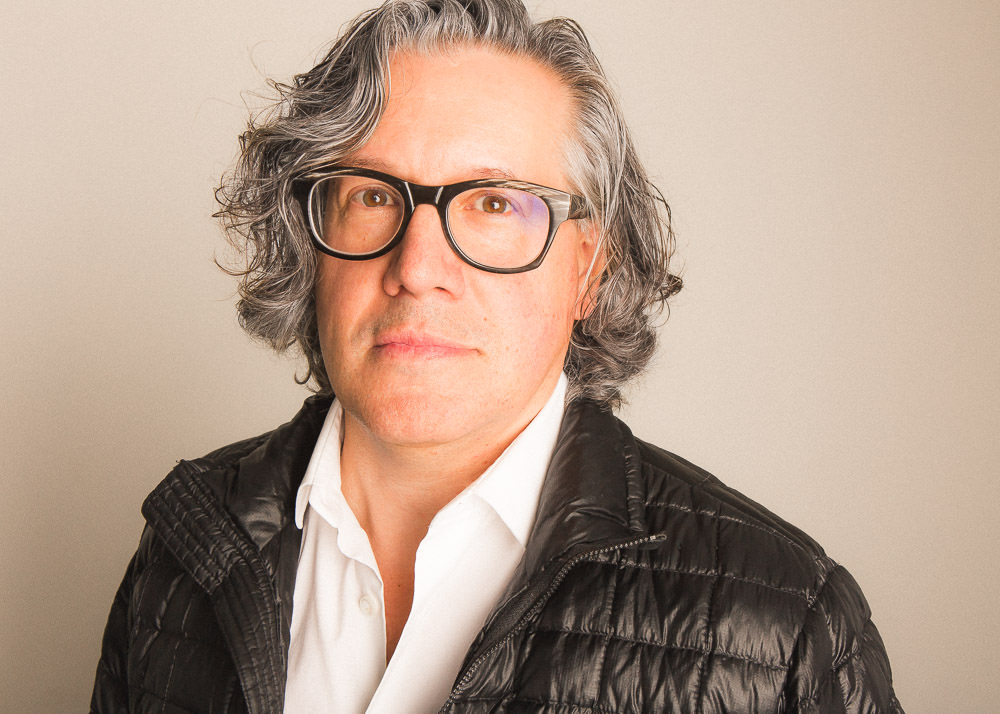 3
Nick Kokonas
CEO, Tock
In early 2015, Nick Kokonas, co-owner of Alinea, Next, The Aviary and Roister, launched Tock, a cloud-based system that enables diners to reserve seats and helps restaurants eliminate no-shows. Tock allows customers, as Kokonas tells us, “to book chef’s tastings, special events and kitchen tables. Patrons discover unique experiences with a few swipes. Transparency and clarity for both sides is the core value of Tock.” In the coming year, Kokonas says, “We’ll have over two-hundred new technology features we’re adding to both sides of the equation” and “new partnerships will make Tock restaurants visible to millions more consumers.”

4
Rich Melman and Molly, RJ and Jerrod Melman
Founder and Partners/Children, Lettuce Entertain You Enterprises
For the Melman clan, it’s all about family, trust and lessons learned from dad, Rich, one of Chicago’s dining titans. For RJ, Molly and Jerrod, being successful comes from thinking small to get big—a lesson passed on from Rich who grew a business empire from the world’s first salad bar at R.J. Grunts to include over one-hundred restaurants nationwide. In a city of great restaurant groups, RJ, Molly and Jerrod say “friendly Midwest competition” is what keeps innovation in Chicago moving forward. Currently the trio is most excited for July’s Windy City Smokeout, the annual festival of smoked everything, along with beer and country music, in a massive parking lot by the river. If they had to choose a favorite Melman spot, it would have to be R.J. Grunts. “It’s where mom met dad. Without R.J.s, we wouldn’t exist” says Jerrod.

5
Donald Madia, Eduard Seitan, Terry Alexander, Peter Garfield and Paul Kahan
Owners, One Off Hospitality Group
“We try to make sure our staff is happy and having fun first,” says partner/owner Terry Alexander. “Insurance, more paid time off, travel/dining stipends, and we’re close to a 401(k) package. After figuring out all of those things, we shift our focus to each and every guest.” The current business focus is on getting seafood and veggie-focused Publican Anker, firmly, um, anchored into the Publican portfolio, joining The Publican, Publican Quality Meats and a new outpost at O’Hare. “Anker’s the type of place where you can stop in for drinks, snacks or full dinner,” says Alexander. Next up? A 2018 opening for Big Star Wrigleyville.

6
Brendan Sodikoff
Founder/CEO, Hogsalt Hospitality
Brendan Sodikoff has been creating hits ever since opening his first restaurant, Gilt Bar, in 2010. As founder and CEO of Hogsalt Hospitality, he astounded the Chicago dining community with waves of successful concepts, each following swiftly on the last. His restaurants cover a lot of ground, from Parisian steakhouse to barbeque joint, 1930s-era cocktail bar to hole-in-the-wall doughnut shop. And don’t forget that Au Cheval, serving up what is recognized as one of the best burgers in the country, is on his résumé too. Yes, Sodikoff has kept busy, and he’s not done yet. Collaborations with Four Corners Tavern Group here in Chicago and a brand-new restaurant in New York are no doubt just the beginning of what Brendan has planned. 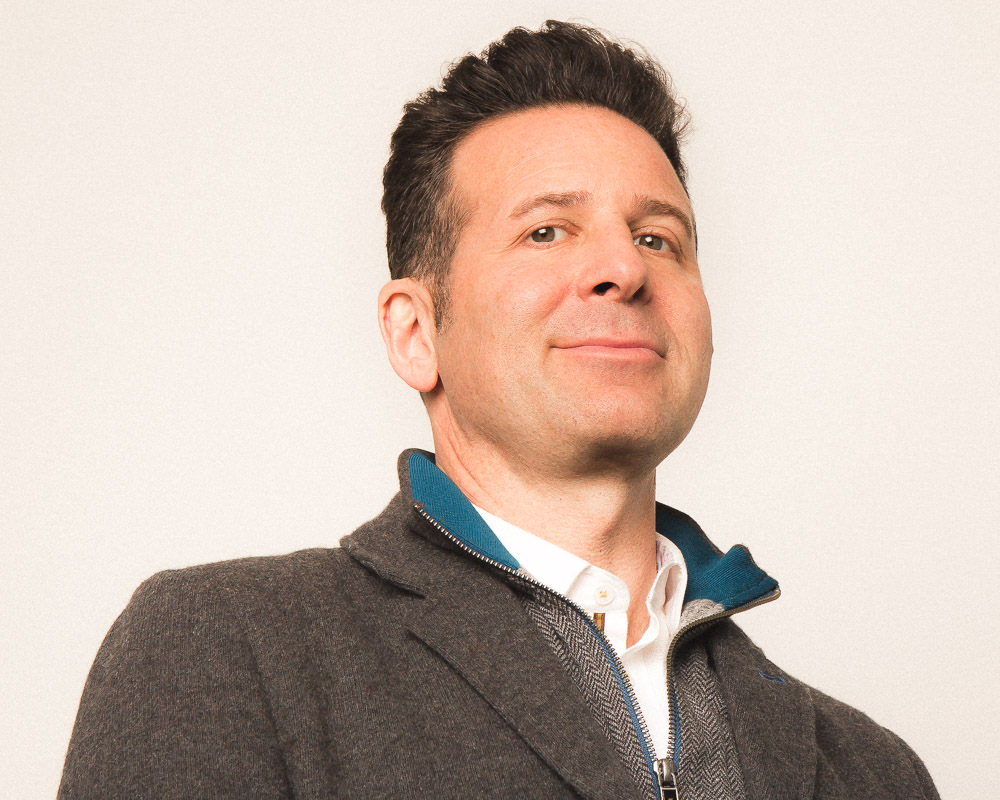 7
Steve Dolinsky
Food Reporter, Hungry Hound, ABC 7 News
“There’s going to be a lot of closings. No way can the city support the number of openings occurring now,” warns Dolinsky, who reports on food in the city every Friday and Saturday on ABC Channel 7. Still, he believes, “Exotic cocktails will continue to show up on menus, since they’re excellent profit centers. More Indian, more Korean and more Thai in subtle ways—from ingredients like lemongrass, garam masala or gochujang, to chefs fusing their childhood memories into some more modern interpretations.” Dolinsky is an ardent observer of the city’s culinary topography: he co-hosts and produces The Feed Podcast every week with chef Rick Bayless, writes for Canada’s Globe and Mail and, as Academy Chair, promotes Chicago through the Pellegrino listing of the World’s Fifty Best Restaurants. 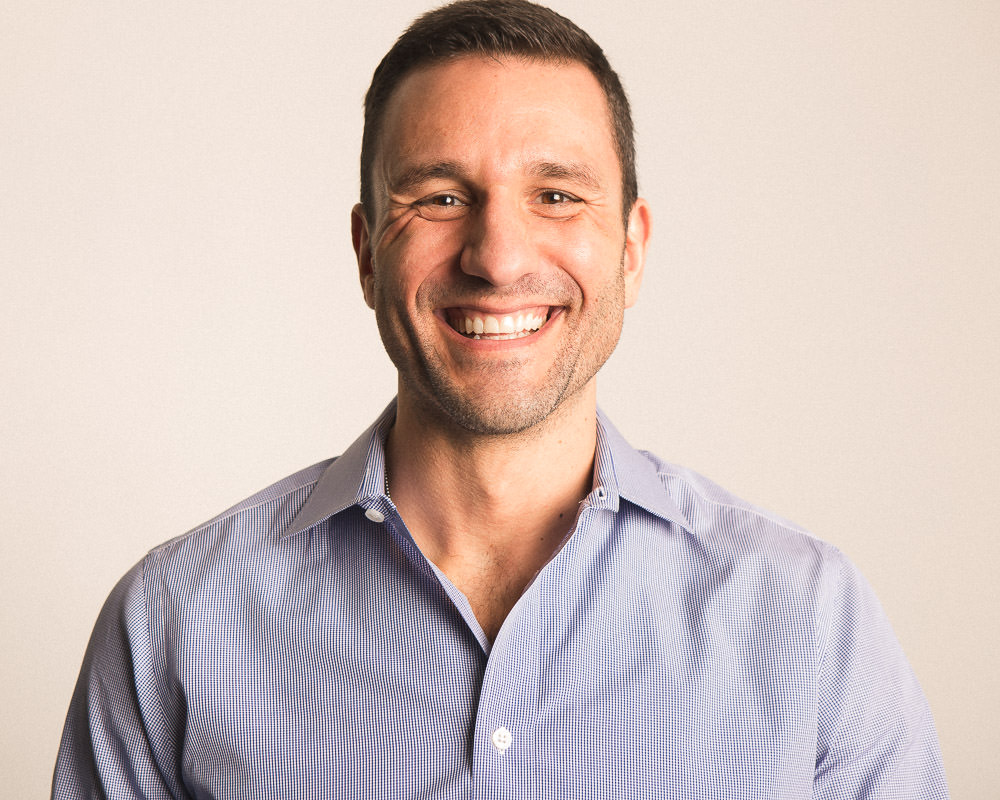 8
Greg Mohr and Scott Weiner
Owners, The Fifty/50 Restaurant Group
Greg Mohr believes The Fifty/50 Restaurant Group’s success is due to the constant appetite for self-improvement that’s baked into Chicago’s restaurant community. “Whether it’s a new concept or revamping one that’s been open for nine years, we’re constantly looking to better ourselves and find a new way to make an impact on guests,” Mohr explains. “That can be finding something nobody’s ever tasted before, or just raising the bar on service within our restaurants. Many of the restaurateurs around us have the same attitude, and we push each other, and by doing so, help make the neighborhood dining scene.” This powerhouse group is responsible for its namesake bar/restaurant, The Berkshire Room, Homestead on the Roof, Roots Handmade Pizza, The Sixth, Steadfast and West Town Bakery & Diner. 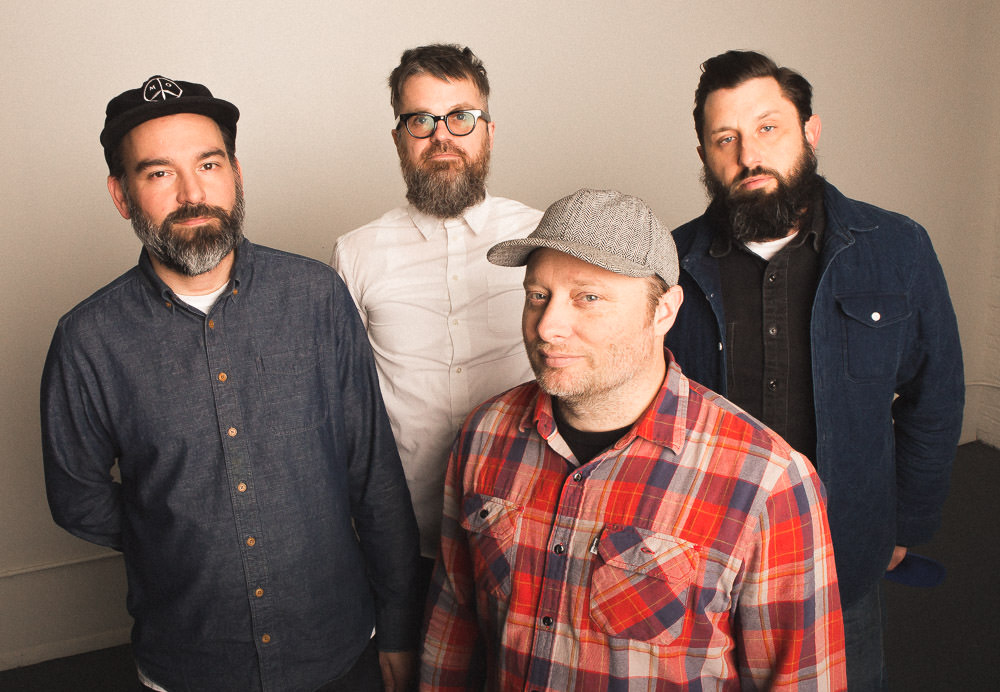 9
Peter Toalson, Cody Hudson, Jon Martin and Robert McAdams
Principals, Land and Sea Dept.
With politics looming large over all industries this year, Peter Toalson believes that “This is definitely not the time—nor does Land and Sea have any interest in—standing down in the face of authoritarian over-reach, bigotry, lies and general bullshit, so we will conduct our businesses in keeping with our philosophies and principles,” says Toalson. “We will do all we can, in our small corner of the world, to be inclusive, intellectually curious and kind to the many folks [with whom] we’re fortunate enough to engage.” Building on blockbuster successes in both food and beverage (Cherry Circle Room, Longman & Eagle, Parson’s Chicken & Fish, Milk Room and Lost Lake Tiki Bar), Land and Sea Dept. is currently finishing a long-awaited project in Logan Square and, in collaboration with the Field Museum, a pop-up bar in the Chicago Athletic Association.

10
Billy Lawless
Restaurateur
Chicago is, mercifully, one of those cities where “restaurant group” doesn’t necessarily mean a series of diminishing shoutouts on a theme, jockeying to out-bland each other with cheaper labor and better margins. One example being the handful of restaurants run by Billy Lawless—Acanto and The Gage in the Loop, with Coda di Volpe, Beacon Tavern and The Dawson just North and West. While he admits “service” as the differentiator might sound a bit cliché—“I mean, it’s a good concept for restaurants in general”—Lawless is hyper-focused on the people cooking the food and serving guests. He’s concerned about both the talent pool and the issue of healthcare. “We do offer options for our employees,” he says. “I’d really be in favor of something we could implement industry-wide. It forges great loyalty, but it’s also our civic duty.”