11
Phil Vettel
Food Critic, Chicago Tribune
Chicago Tribune’s food critic since 1989, Phil Vettel has always been proud of Chicago’s food, pronouncing the restaurants here to be innovative and varied, while remaining consistently competitive with the rest of the country. Vettel has said Chicago is a city where new food trends can thrive, early on with fine-dining Mexican, more recently with Macanese, as well as a slew of small plate places. Vettel takes chances, challenging Michelin-star-rating judgements in his column, or adding restaurants to his annual Fifty Best. Now, he’s taking his criticism and credit farther out (at least geographically), reviewing more and more restaurants in Oak Park, Forest Park and Evanston. And he’s always taking the pulse of the local restaurant business, saying “The big change in the coming year is how the industry will adapt to the unstoppable trend of better wages for back-of-the-house employees.” 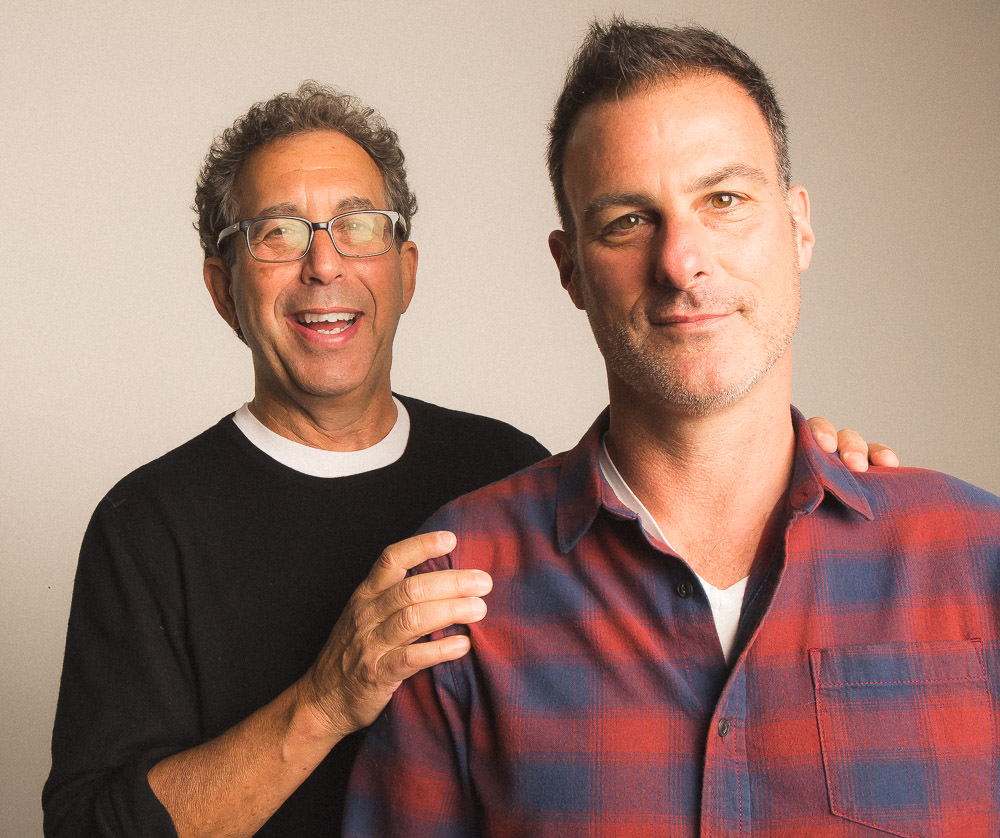 12
Bruce Finkelman and Craig Golden
Owners, 16” on Center
Dusek’s, Longman & Eagle, Promontory, Revival Food Hall: all names synonymous with Chicago’s vital dining scene, and all the work of Bruce Finkelman and Craig Golden, who continue to amaze with their ability to start up hugely popular businesses, gaining a big following and a Michelin star along the way. Recently, Revival Food Hall has opened as a higher-end food court serving the Loop, with 24,000 square feet and local powerhouses like Hot Chocolate, The Budlong and Smoque as well as some new chef-driven fast-casual operations.

13
Michael Muser
Founder, Jean Banchet Awards
The Jean Banchet Awards for Culinary Excellence recognize culinary talent throughout the Chicago region, something founder Michael Muser does not only during the awards ceremony, but also in his daily life. Though Grace, his restaurant, holds three Michelin stars, and he’s been named one of the best sommeliers in the country, you’ll often find him enthusiastically promoting other restaurants in print and on radio. He’s discussed how Chicago’s chefs are competitive, yet come together to boost the city’s food scene as a whole, and about the industry’s generosity when it comes to important causes. Muser also works to make fine dining and wine accessible to the average diner. After all, he’s concluded, it’s all about “agricultural products. Farming.” 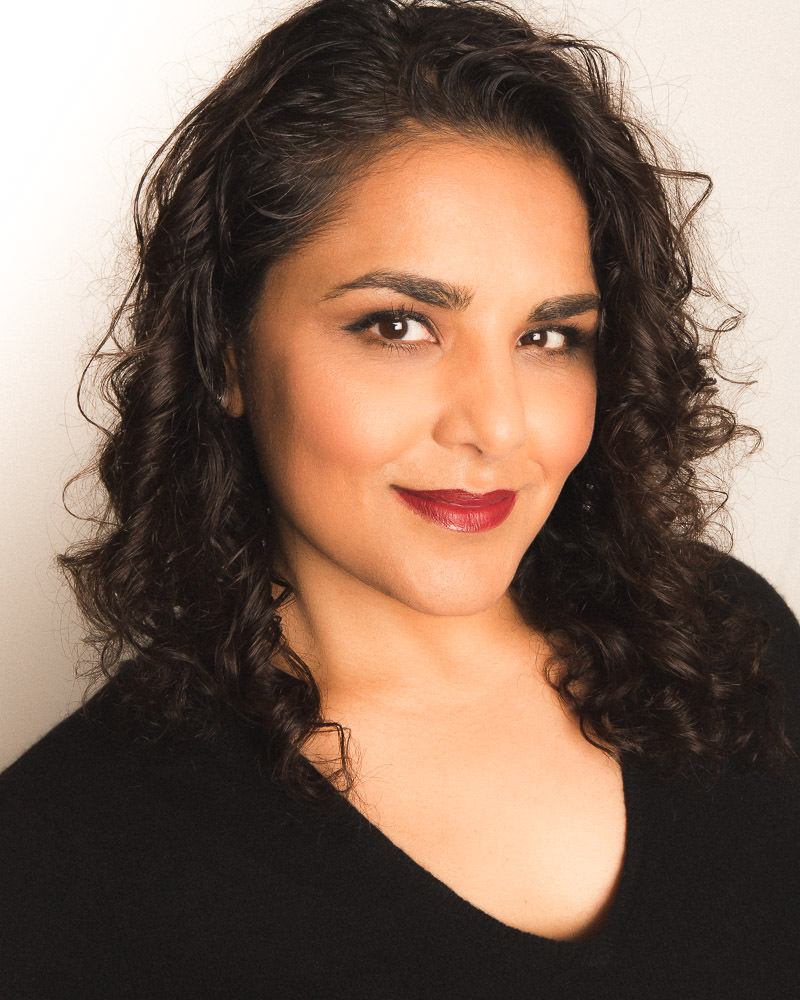 14
Alpana Singh
Owner, The Boarding House, Seven Lions, Terra & Vine
Throughout her years in Chicago, Alpana Singh has evolved from Master Sommelier to restaurant critic to restaurateur. “Wherever I go, I’m an ambassador for brand Chicago. I want people to experience the diversity of our food scene and the culture of our neighborhoods,” she says. This year, that support for diversity is more important than ever. “You’ll see more activism from the industry, whether stepping up for immigration and labor laws, or giving to charitable causes. Restaurant owners are thinking of ways we can give back. We’re going to step up to protect our workforce and help any way we can. This is what this city is about.” Singh has been impressed by a new generation of wine drinkers. “This younger audience has a palate that is more well-traveled and adventurous, and wine lists around the city are now curated with an eye for diversity.” 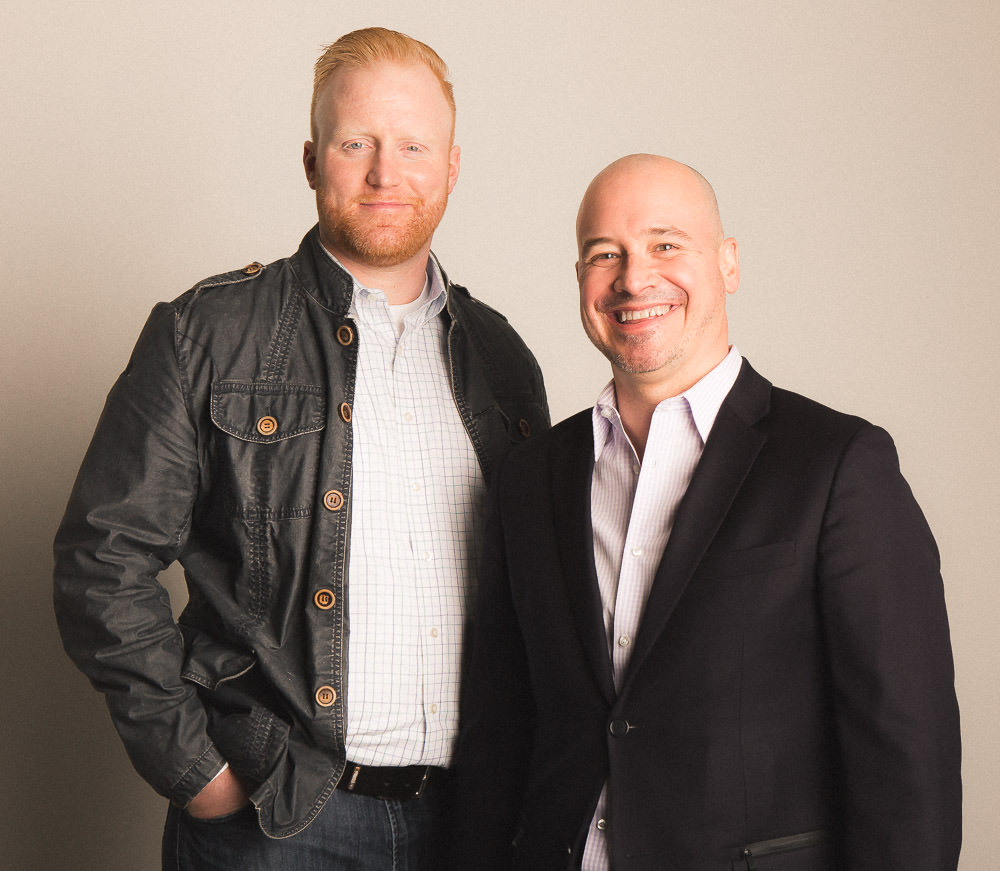 15
John Ross and Phillip Waters
Owners, B. Hospitality Co.
B. Hospitality Co. is recognized for their innovation in farm-to-table and wine stewardship. “Along with my partners,” says Ross, “we helped push the limits of dining—at the Bristol back in 2008—through the use of whole animals and in-house butchering. We had a no-waste mentality. We also had a very diverse beverage program that brought the craft cocktail to a neighborhood joint in addition to an award-winning wine list where all our glass pours were temperature controlled.” That scientific, neighborhood-aware, in-house-sourcing approach became the bedrock foundation for B. Hospitality Co.’s ever-expanding portfolio of restaurants, which now also includes Balena, Cold Storage, Formento’s, Nonna’s and Swift & Sons. 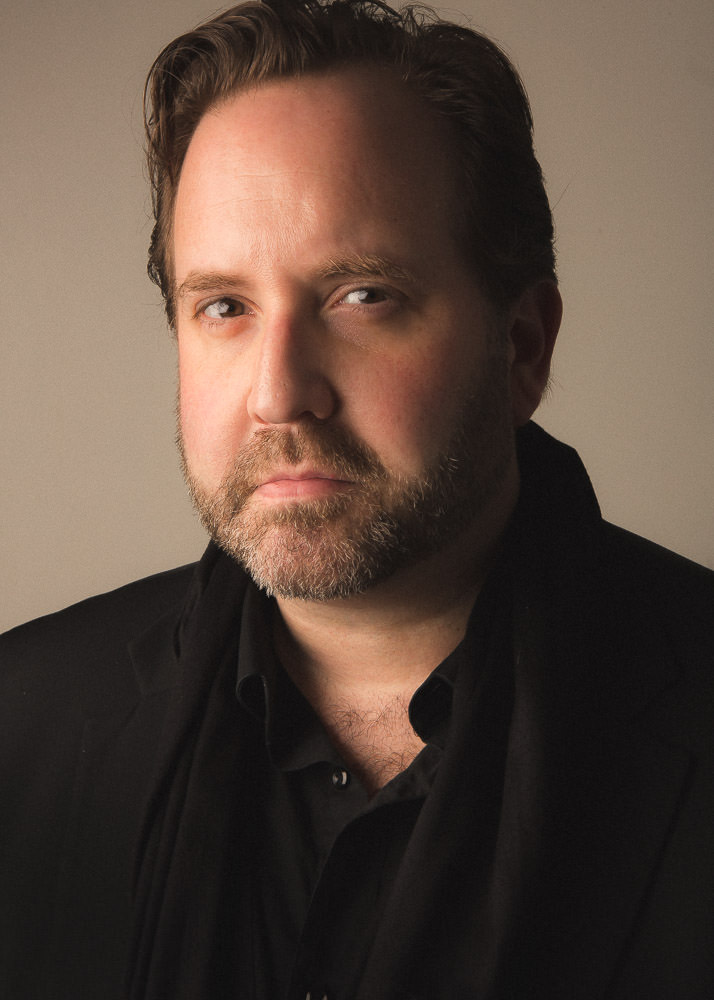 16
Rodrick Markus
Owner, Rare Tea Cellar
“We’re constantly evolving as a company, taking everything from the 150 countries that we import from, and bringing it all to the chefs, bartenders and managers in Chicago first, before anyone else,” explains Highland Park native Rodrick Markus of his Rare Tea Cellar. In his signature all-black suit (he’s described in Forbes as closely resembling “a nuclear arms dealer”), Markus supplies many local heavy-hitters including Alinea, Wolfgang Puck and Billy Corgan’s Madame ZuZu’s Teahouse. “Chicago is the first place where we bring the single-estate varietals or new ingredients… it’s like the incubator for everything we think is the future, and cool. Whether it’s Okinawan sugars or bourbon-smoked sugars, whatever the category. I like to say we’re junkies first, then we’re purveyors.” 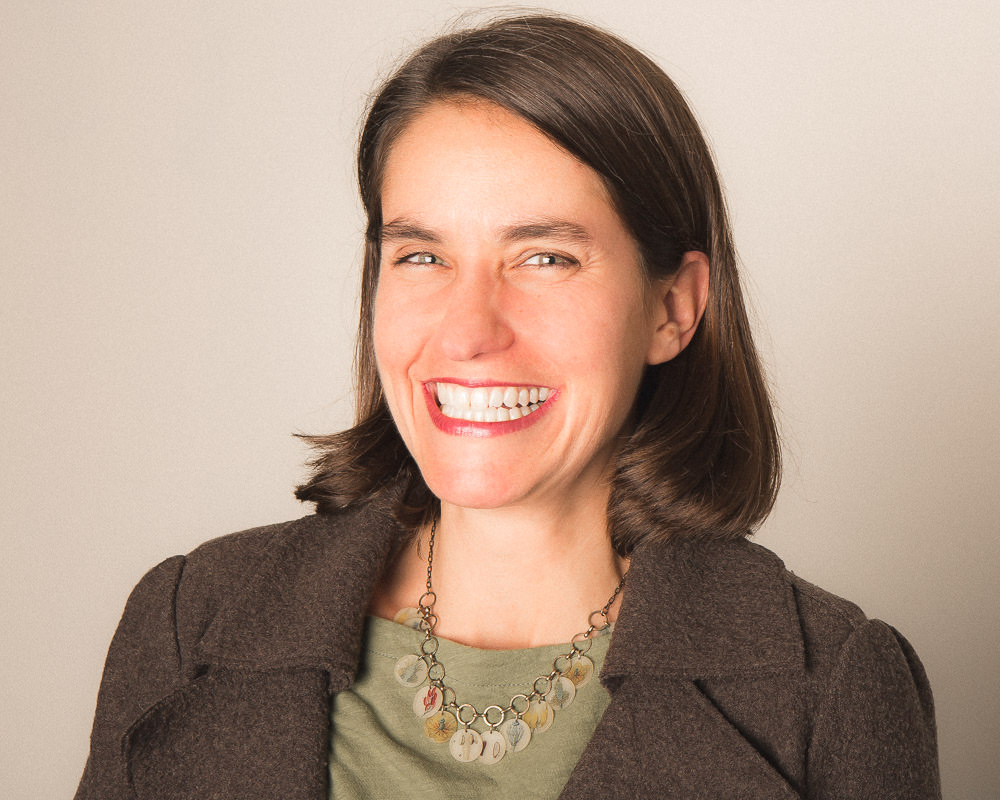 17
Melissa Flynn
Executive Director, Green City Market
One of the nation’s top farmers markets, Lincoln Park’s Green City Market, in season, attracts up to 13,000 shoppers every week. The 2017 focus is on community, accessibility and education, and Green City continues to achieve its mission of increasing the diversity of high-quality foods, supporting and connecting local sustainable family farms to chefs and diners, and teaching Chicago how to use good food. Melissa Flynn, executive director since January, 2015, says “The community-building piece is huge. We want to make sure we’re engaging people—giving tours, having the education component and making the foods accessible to everyone.” 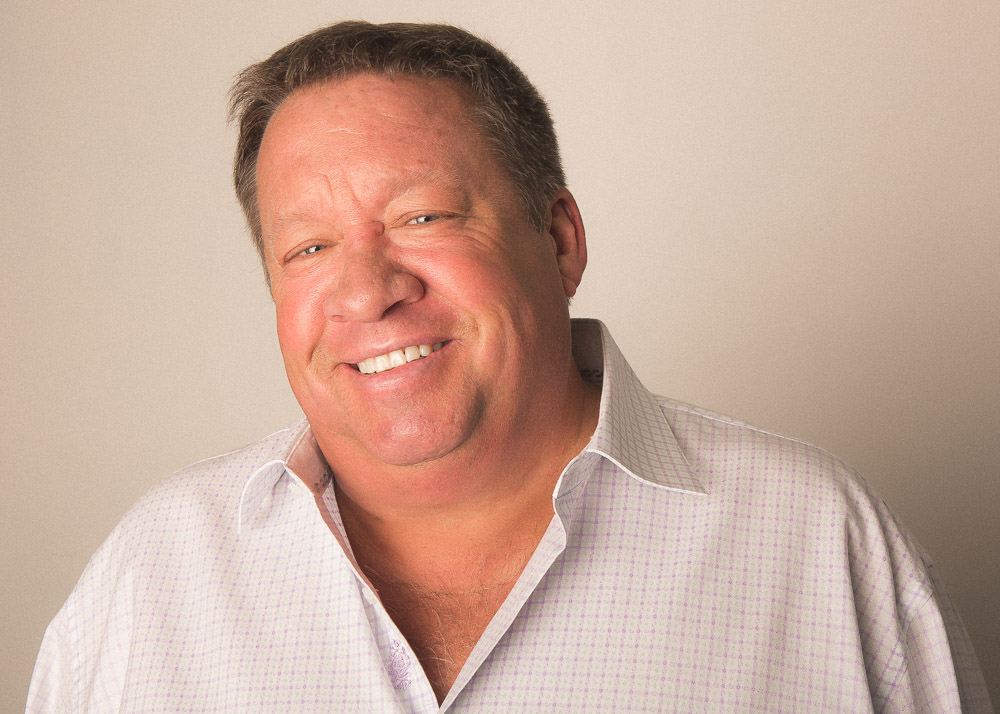 18
Scott Harris
Owner/Co-Founder, Francesca’s Restaurants
Twenty-five years ago, Scott Harris opened Mia Francesca on Clark, recalling “I loved it and I also was a wreck. It was my first place, my dream restaurant, and I was worried all the time that it wasn’t going to succeed.” Now, with over thirty restaurants—including many Francesca’s, Davanti Enoteca and Glazed and Infused locations—Harris says his goal is to “Make everyone who steps foot in any one of my restaurants, employees and guests, feel like they’re family.” 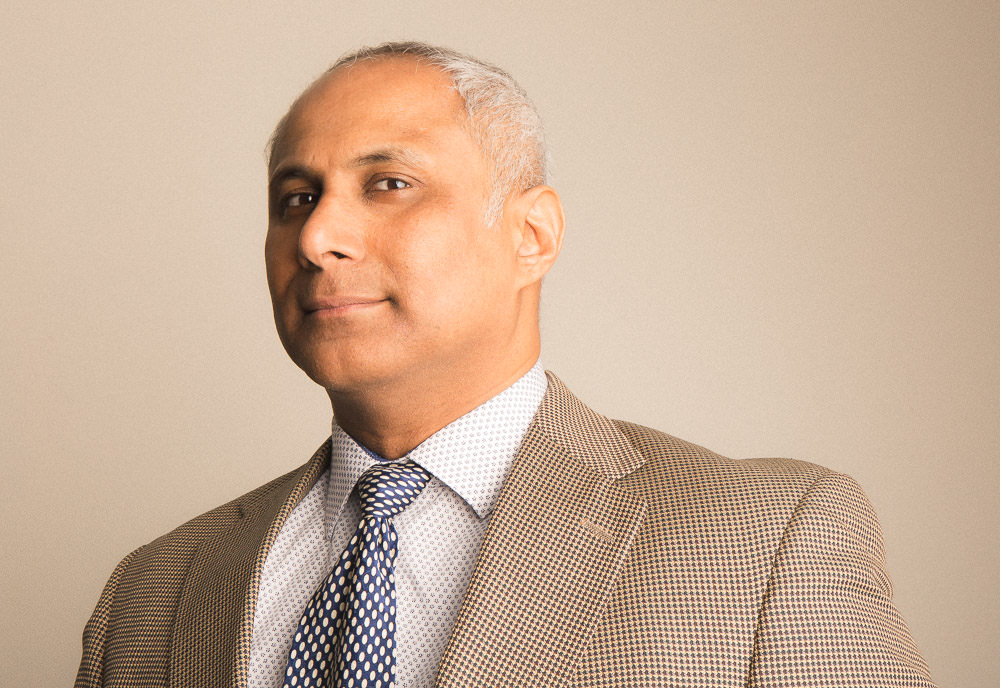 19
Chris Chacko
Founder/CEO, Sparrow Coffee Roastery
Chris Chacko tries to stay under the radar, though that’s not so easy these days for the founder of a West Loop coffee operation supplying roasts to some 230 restaurants, including Grace and Farmhouse. Chacko is an artist who matches each client’s food or drink program to a unique roast. Sparrow Coffee quality is built on sourcing beans from organic farmers around the world, with a rotating selection of almost one-hundred varieties of single-origin coffees. Next is Naperville, where Sparrow’s creative founder will open his first cafe in the upscale Water Street District.

20
Matthew Maloney
Co-Founder/CEO, Grubhub
With their home office in Chicago, Grubhub processes almost 300,000 orders a day in more than 50,000 restaurants in over a thousand U.S. cities. Since the launch of the corporate-ordering service Seamless in 1999 (which Grubhub merged with in 2013 after its own founding in 2004), Grubhub has transformed how more than eight-million Americans experience restaurants. In 2016, Forbes named Matt Maloney one of the most powerful CEOs under forty, and he continues to develop entrepreneurial ventures with the Booth School of Business at the University of Chicago and ChicagoNEXT, a council of business leaders dedicated to growing Chicago’s tech community.