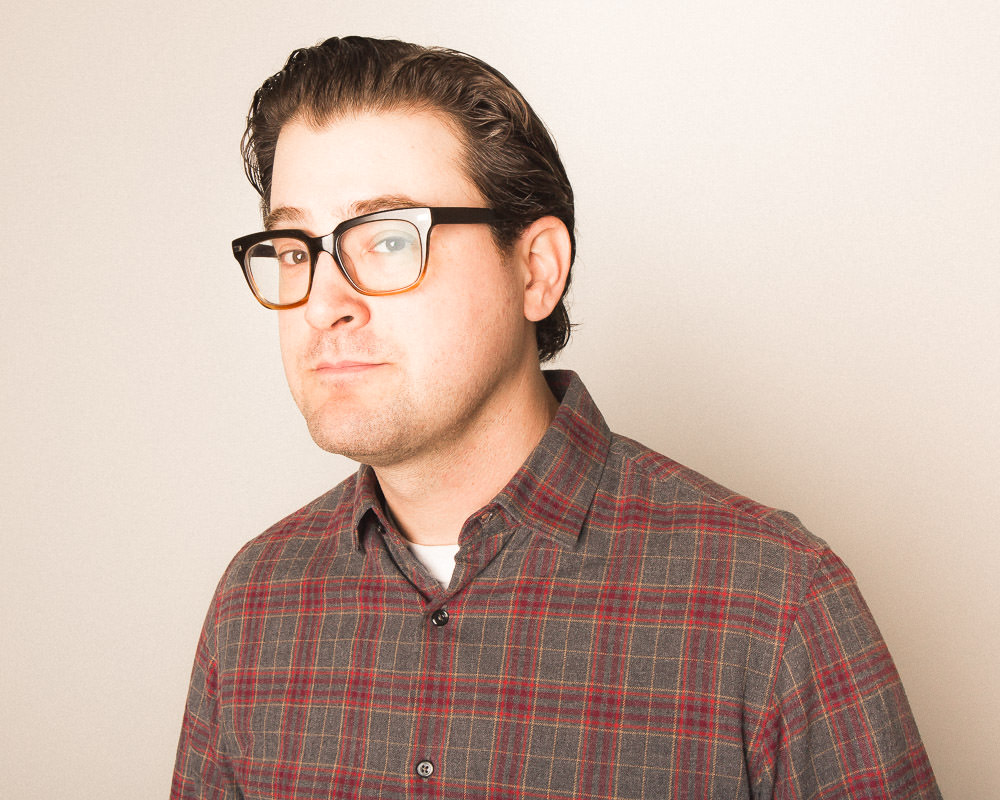 21
Rob Levitt
Owner, The Butcher & Larder
In 2010, Rob Levitt shut down his acclaimed Mado restaurant to open The Butcher & Larder. Sourcing from local farmers, he made it his mission to provide Chicago with top-quality cuts of meat, housemade charcuterie and classes in butchering and sausage. Now at Local Foods (a wholesale distributor of Midwest farm foods, launched by Dave Rand, Andrew Lutsey and Ryan Kimura), Levitt is opening up all sorts of meaty new avenues. “We have so much more space, which means we can work with more farmers, bring in more animals, even esoteric heritage breeds,” says Levitt, “and I can focus more on the charcuterie program, and look for more ways to get our ideas into people’s heads. Eating local doesn’t have to mean fancy or trendy.” 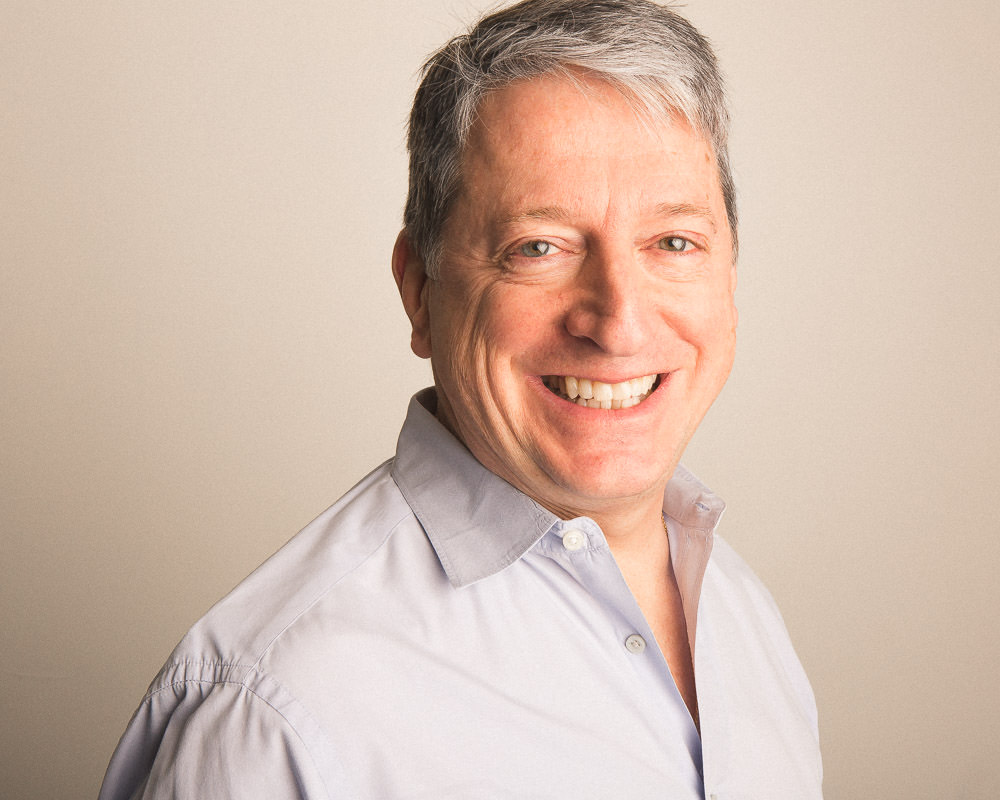 22
Joe Gray
Food Editor, Chicago Tribune
At a time when many newspapers are cutting back on food coverage, the Chicago Tribune is expanding. With team members including Marissa Conrad, Joseph Hernandez and Nick Kindelsperger, food editor Joe Gray experiments with new ways to leverage the Tribune’s still formidable journalistic prowess. “Video,” says Gray, “can tell stories about food in a way that [still] photography just cannot capture. We’ve launched a new series that showcases the Tribune test kitchen. ‘We Tried It,’ in which we make and taste recipes trending online” and Snacks of Shame, which invites “chefs to taste test and rate examples of their guilty pleasure foods.” 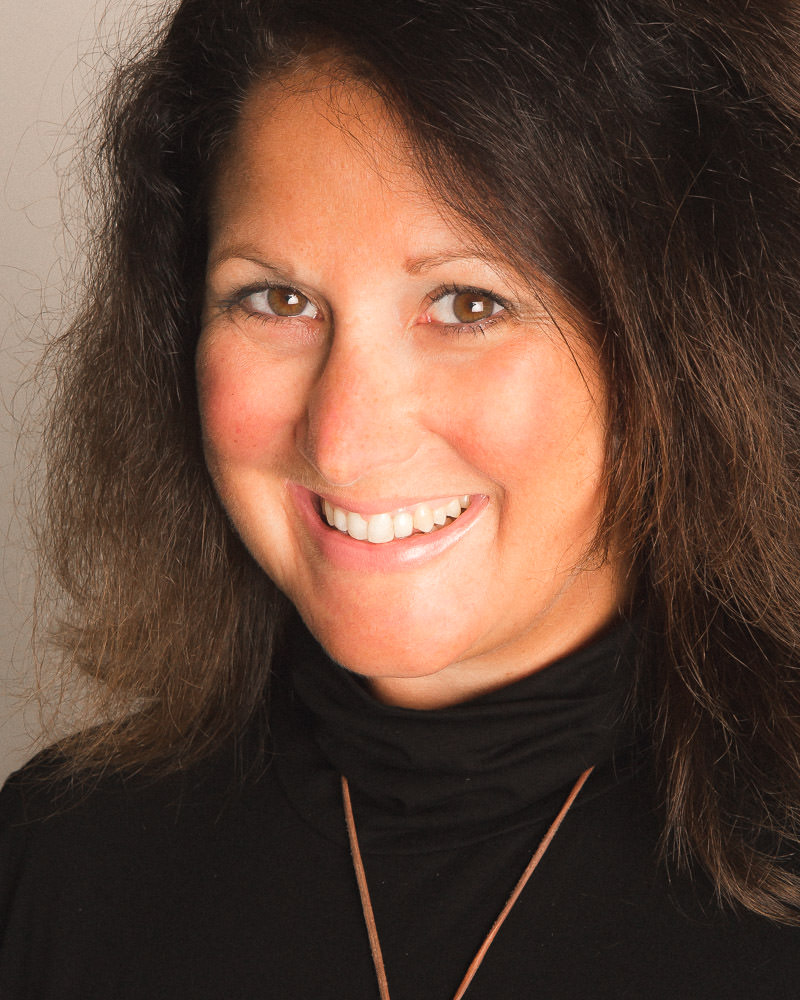 23
Janet Isabelli Wilkerson
Founder, Isabelli Media Relations
She began booking clients at her kitchen table and now she represents the James Beard Foundation. Janet Isabelli Wilkerson started Isabelli Media Relations six years ago, and her success, she says, hinges on storytelling. “As PR people, we are in a unique position to work hand-in-hand with reporters and also see firsthand what chefs and restaurateurs are seeing and making,” she explains. It’s her responsibility to bring those two sides together to create the story that reaches the consumer. Creating face-to-face opportunities is always a priority, and Janet has embraced the power of video, graphic design and social media to bring her clients’ stories to life. With an eye on trends (global flavors and vegetarian menus are having their moment, she notes) and involvement with iconic events like Chicago Gourmet, Janet and IMR are making an impact on how restaurants communicate with their diners.

24
Carmen Rossi, Chris Bader and Kevin Killerman
Owners, Hubbard Inn, Barn & Company, Heating & Cooling
Carmen Rossi is part of the power trio behind Hubbard Inn and Barn & Co. Rossi, along with his old friend Chris Bader and industry wiz Kevin Killerman, made 2016 an experimental year bringing fresh ideas to food presentation, design and cocktail mixology. Their new concepts are not only for your plate, but your Instagram. Rossi and Bader, who honed their skills in the Urbana-college club scene, are only four years into creating new concepts for Chicago, like Hubbard Inn, that have become instant classics. “We only keep getting better,” says Bader. 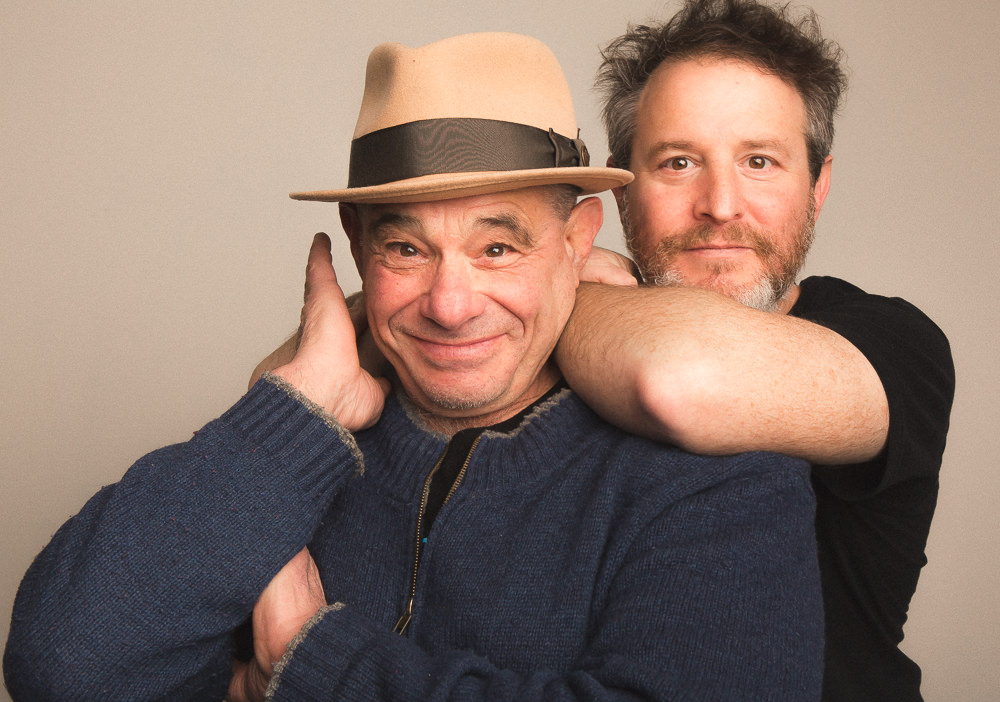 25
Jeff and Tony Dreyfuss
Owners, Metropolis Coffee Company
Some of the finest coffee in Chicago—and probably the world—comes from Metropolis, run by father/son team of Jeff (former Indonesian language professor) and Tony (former philosophy student). From these fun guys, you’d expect to get some poetry when you ask what coffee means to them. Tony tells us, “A cup of coffee is bottomless in its ability to draw people together, people from all over the globe, people from every belief. A cup of coffee is powerful, powerful enough to fuel positive change throughout the world.” Whoa, then fill it to the rim, my brother. 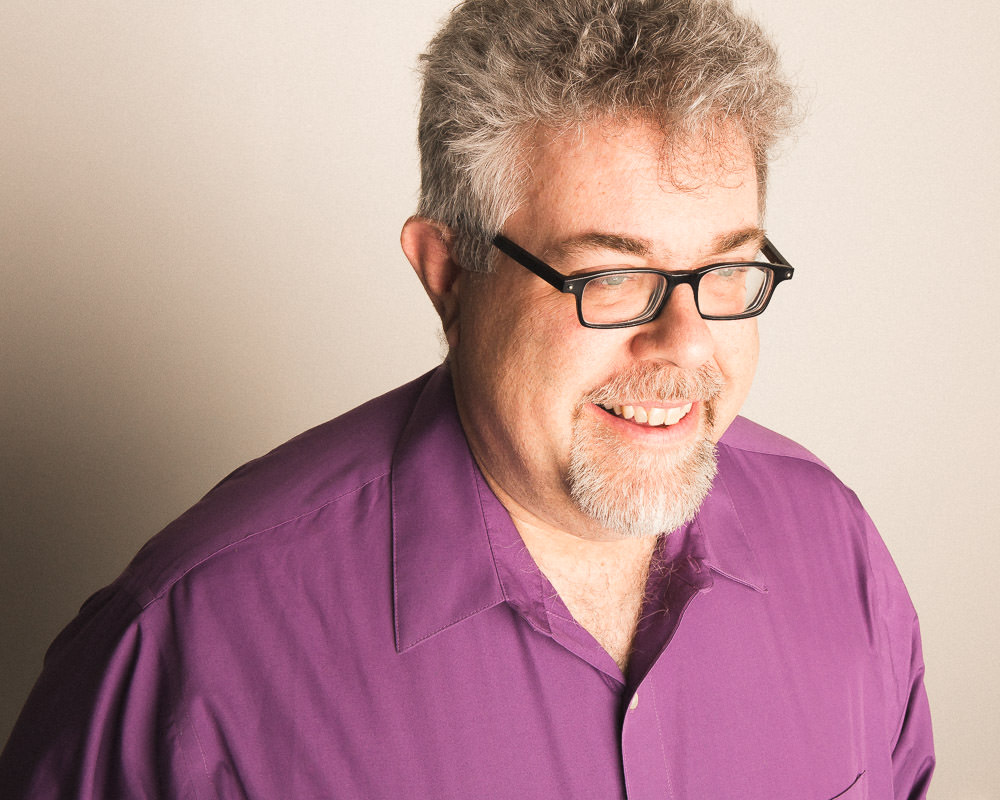 26
Michael Gebert
Editor, Fooditor
It’s hard to think of another local writer who has navigated the ebbs and flows of food media as successfully as Michael Gebert. He helped found the beloved LTHForum.com during its mid-2000s run, ran Grub Street’s former Chicago branch, and picked up a James Beard Foundation award for his video work with the Chicago Reader. Now he’s all-in on Fooditor, which is both a continuing love letter to Chicago’s food scene and a response to what he sees as some worrying trends. “Everybody,” he says, “went to being 24/7 about openings and clickbait—‘The 18 Most Woke AF Ramen Shops,’ ‘12 Fierce Cheeseburgers That Remind Us of Beyonce’s ‘Lemonade.’ Someone needs to make a place for longer, in-depth stories, stories about interesting, creative people and food as gateway to culture.” 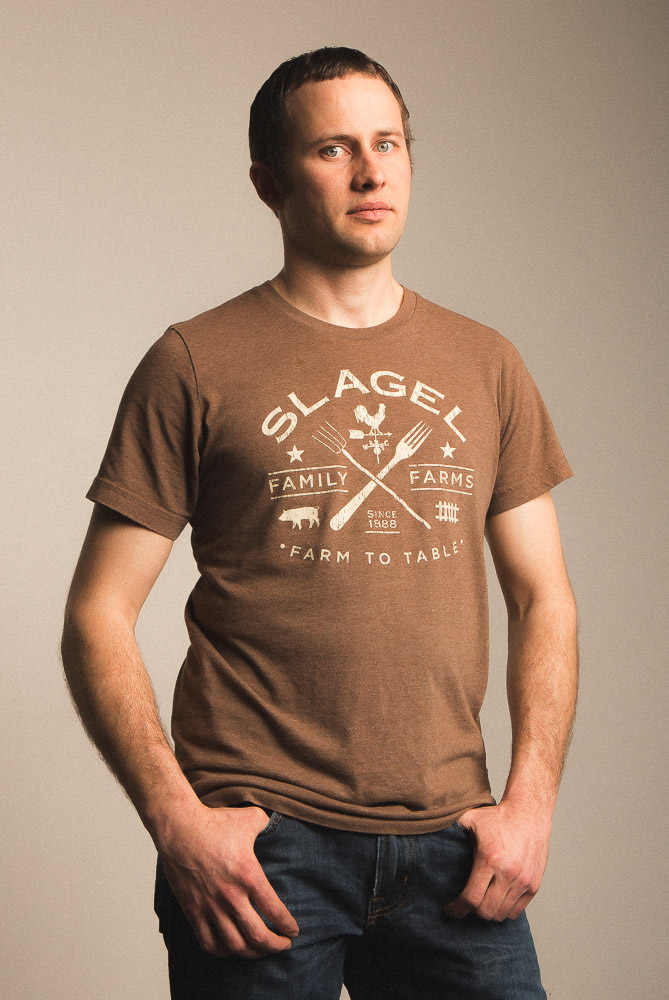 27
LouisJohn and Leslie Slagel
Owners, Slagel Family Farm
On an 800-acre farm one-hundred miles southwest of Chicago, LouisJohn Slagel, wife Leslie, and half the Slagel brood of thirteen keeps great-great grandfather Slagel’s nineteenth-century dream alive with meat that’s won the hearts of Chicago chefs. Example: Stephanie Izard’s classic wood oven-roasted pig face with a sunny-side egg was a dish born of a discussion with LouisJohn back in 2010. “She asked me what I needed to sell on the farm, and I said, well, I don’t have much of a market for pig heads,” remembers Slagel. Since then, Izard has bought thousands.

28
Tony Magee
Founder, Lagunitas Brewing Company
Before Lagunitas unveiled their Chicago facility in 2014, the California brewery had sold in the Illinois market for about nine years. According to Magee, “things have changed,” in Chicago and elsewhere. Up until relatively recently, “a lot of the country didn’t have any kind of beer culture.” With the briskly maturing market for beer, Magee, a Chicago native, turned to the Midwest. What Chicago gained is a huge brewing facility in the reviving Douglas Park neighborhood with a taproom, restaurant, and tours—and donated community space that nonprofits can use every week. 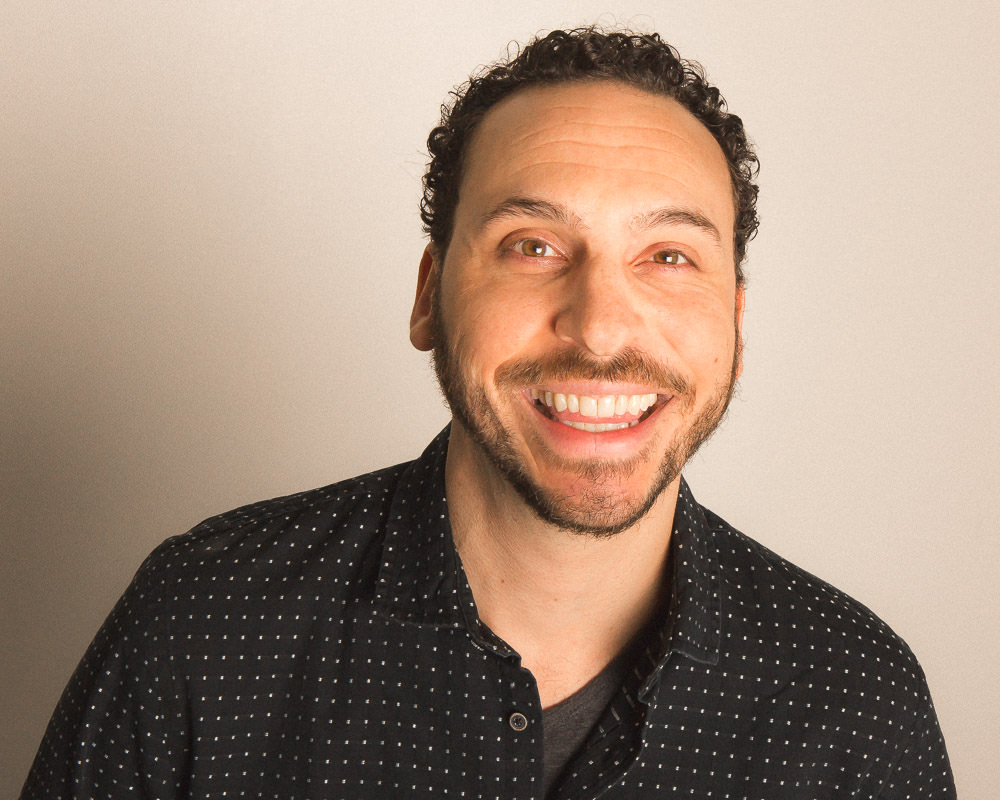 29
Daniel Gerzina
Editor, Eater Chicago
If a restaurant or bar in Chicago opens, closes, burns down, fails inspection or picks up a Michelin star, chances are you’ll hear about it on Eater. Since 2012, Daniel Gerzina has been the man trying to break the city’s restaurant news. A little over five years into the job, he’s passionate about our city’s unique place in the food world, from its position as the top “mid-range ‘fine-casual’ dining” city to home of what he believes are “the best bars in the country.” Coming up in 2017? More on “the travesty that our food trucks are dealing with.” 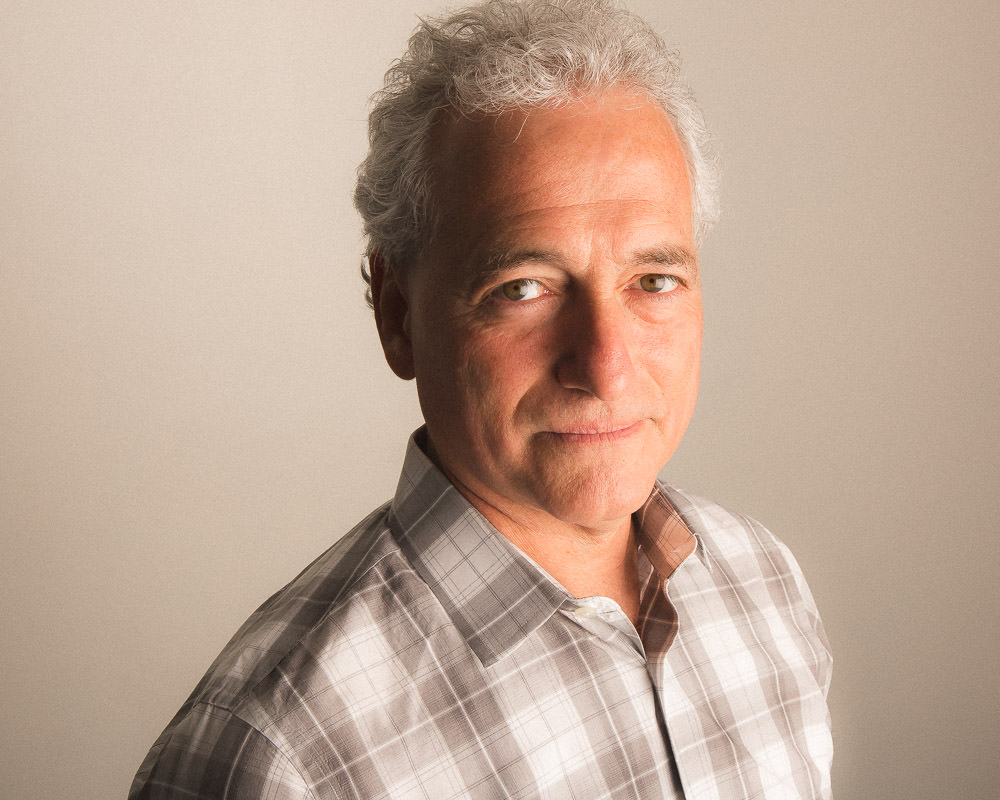 30
Jim Slama
Founder/President, FamilyFarmed
As one of the earliest supporters of the sustainable locally grown movement, Jim Slama and FamilyFarmed have been out front of innovation in Chicago’s food sourcing for more than a decade, creating America’s first conference on the topic. Just talk, however, was a start but not enough; Slama then launched a regional financing conference for entrepreneurs that he says has raised “over $30 million in debt and equity financing.” That savvy has led to local food-program deals with McCormick Place and Chicago Public Schools, among others, and a newly inked agreement to serve as a “strategic philanthropic partner” for Rick Bayless to help the Frontera Farmer Foundation expand their reach.