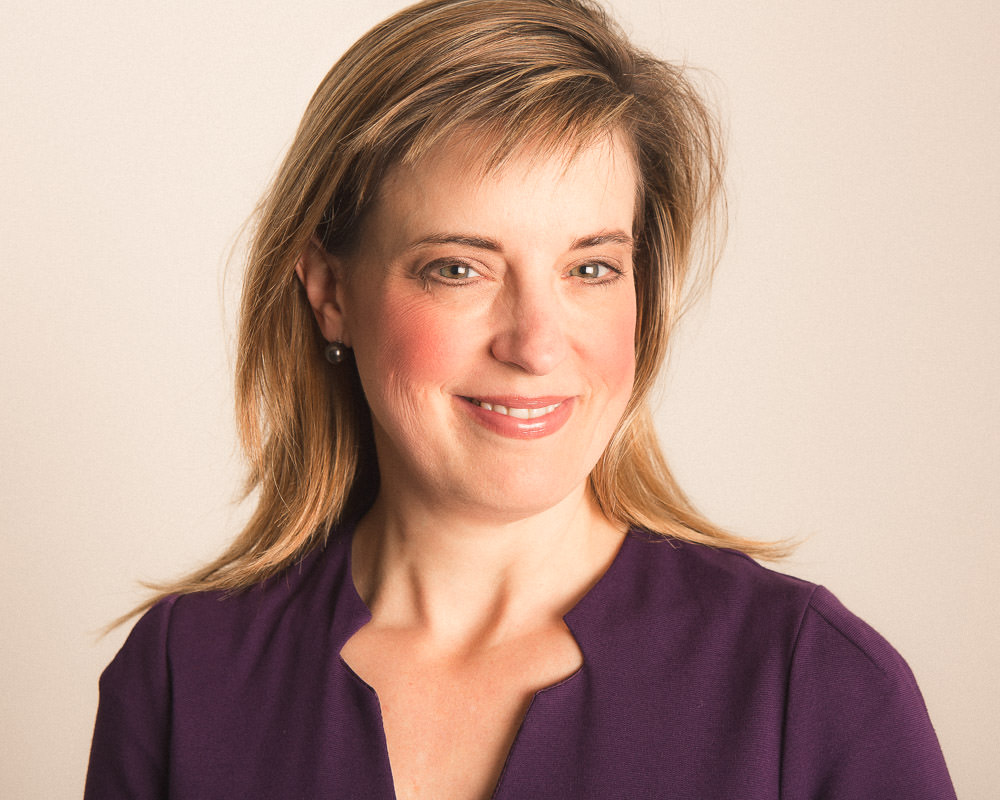 31
Melissa Graham
Executive Director, Purple Asparagus
While chefs and restaurateurs are falling over themselves to please the adventurous eaters and discerning palates of the city, Melissa Graham and Purple Asparagus are out there creating them. The nonprofit introduces kids to more unfamiliar fruits and vegetables during programs at Chicago Public Schools, the Green City Market and standalone events. Kids who start out with a maybe-okay attitude on apples in October are asking their parents to buy lentils by the end of the school year. “By creating kids who aren’t always turning to junk food and are willing to try something new,” says Graham, “we’re trying to open their minds and create new opportunities for them.” 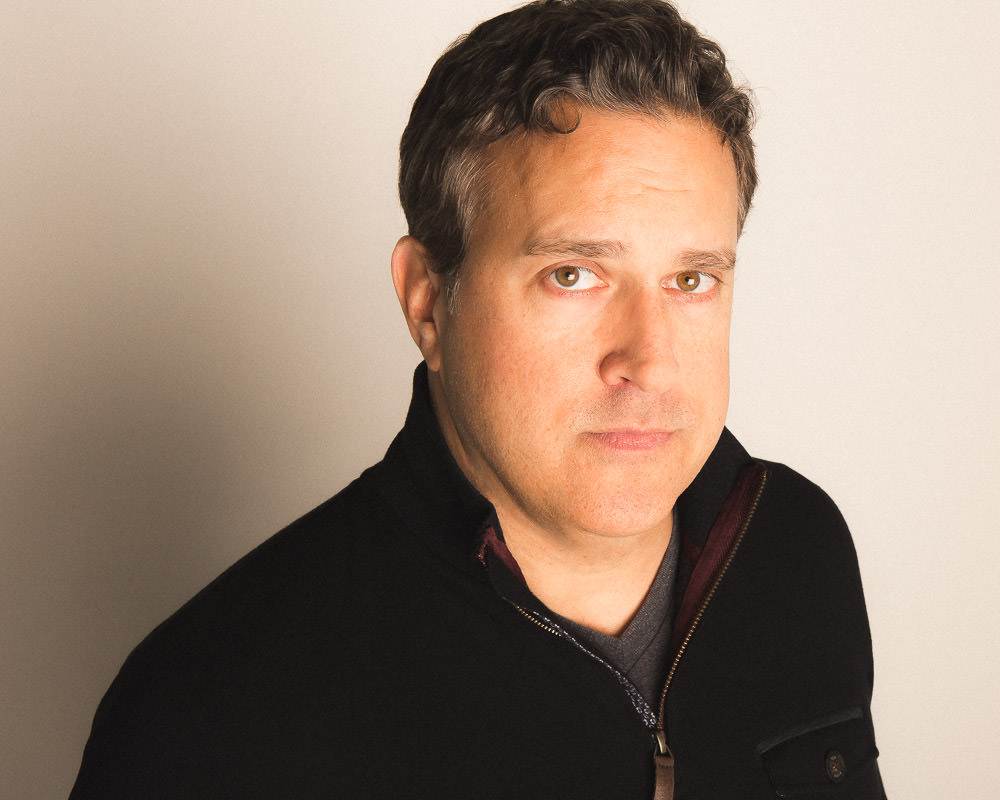 32
Gary Lazarski
CEO, MightyVine
“The typical winter tomato,” says Gary Lazarski, “is a sorry imitation of the summer version, bred for traits like firmness and shelf life rather than flavor, picked green, shipped thousands of miles, and as tasteless as raw tofu.” His MightyVine produces six million pounds of tomatoes a year in a fifteen-acre hydroponic greenhouse eighty miles west of Chicago. MightyVine has doubled in size over the past fifteen months, delivering tomatoes at peak freshness/flavor to retail outlets like Whole Foods Market, Jewel-Osco, Eataly and a number of Chicago restaurants including Monteverde, Il Porcellino and Gibsons Steakhouse.

33
Greg O’Neill and Ken Miller
Owners, Pastoral Enterprises
“We had an inkling our little Broadway shop might strike a chord,” says Greg O’Neill, who with Ken Miller now operates four brick-and-mortar stores, online retail, a wholesale cheese-to-restaurant business and two cheese- and wine-inspired restaurants. “We were our own best customers to begin with,” he remembers. “We felt a responsibility to shine a light on these artisan stories.” Education has always been central, O’Neill explains. “It’s been amazing to watch how the average Chicago food consumer has evolved in knowledge and appreciation of artisanal, hand-crafted foods. It’s up to folks like us to shepherd consumers along the arc.” 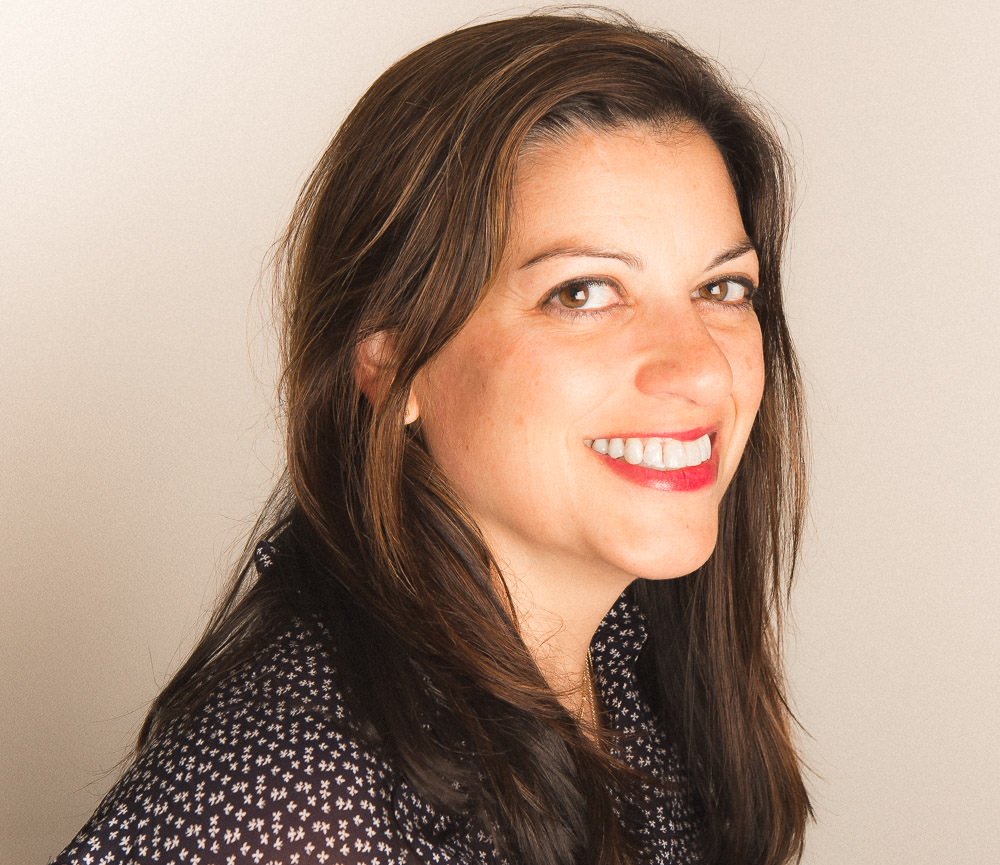 34
Chandra Ram
Editor, Plate Magazine
“If a chef is doing something interesting, I want to know and write about it,” says Chandra Ram of Plate Magazine, an industry must-read. Her mission is bringing Chicago’s diversity to the world. “I want to help give Chicago chefs and drink people a national spotlight, and help connect them with like-minded cool people around the country.” Even if, as it turns out, national changes could adversely affect what’s happening in the city. “There are so many changes ahead: new immigration policies, minimum wage and labor laws are going to affect in a big way the people who work in bars and restaurants.” 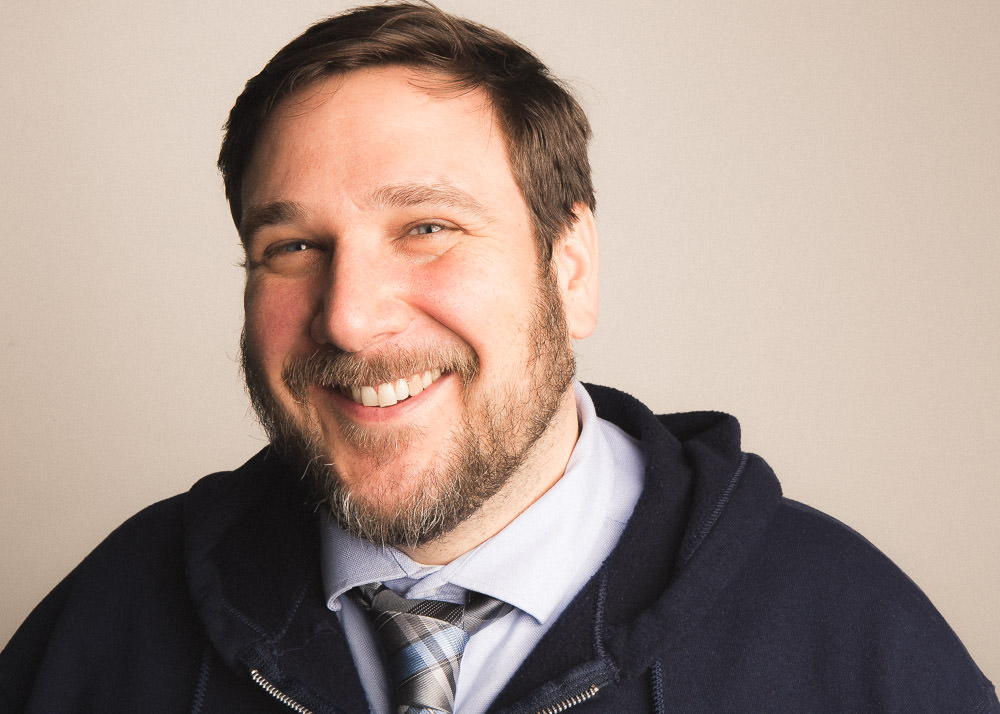 35
Seth Zurer, Andre Pluess and Michael Griggs
Co-Founders, Baconfest Chicago
“Give me an honest bacon, cured in salt, kissed by smoke, stored carefully and sliced and cooked to order,” says Seth Zurer. Zurer and his Baconfest co-founders used a fledgling trend to throw a chef-led bacon party with a couple dozen of Chicago’s finest, including Rick Bayless, Paul Virant, Chris Pandel, Giuseppe Tentori and Stephanie Izard. Baconfest, which takes place just as this issue goes to press, is now in its ninth year, with more than 150 chefs and bacon purveyors. “We really wanted the [event’s] voice to be the voice of an enthusiastic Chicago foodie,” Zurer says, and that attitude is evident in the saucy website copy and the four-star-bacon-flag branding. Since 2009, the festival has raised over $360,000 for the Greater Chicago Food Depository.

36
Matt Matros
Founder, Protein Bar/ Limitless Coffee & Tea
We asked Matt Matros how he gauges success: “I measure the success of Protein Bar,” he says, “by how many smiles we deliver. With twenty locations across the country and thirteen in Chicagoland, we’re able to change the lives of close to 10,000 people each day with our healthy food offerings.” Of course, for a guy like Matros, that’s not enough; his other venture, Limitless Coffee & Tea, buys “direct from organic farmers that wet wash the beans at the source; then we air roast them and brew with only reverse-osmosis water.” The result? Coffee that’s “completely free of toxins” and served in about two-hundred offices—including LinkedIn, Twitter, Uber, WeWork and Pandora—in L.A. and Chicago.

37
Greg Gunthorp
Owner, Gunthorp Farms
Farm life is all about doing the right thing in farm and family, says Greg Gunthorp of Gunthorp Farms in Indiana’s northeastern corner. Gunthorp has stubbornly advocated that a rural America without sustainable farms isn’t a real America. Last year, this hog farmer with deep ties to Chicago’s farm-to-plate movement helped rewrite Indiana legislation that was hurting small farm processors. It’s a small contribution he believes that will keep moving farms from generation to generation. Proof of his noble actions may be in the next Gunthorp generation, which has joined him to focus always on pasture, not antibiotics and cages. “You always wish as a parent that your kids will return to business with you because you built something that they are proud of to work for,” says the fourth generation pig farmer. Gunthorp Farms sells to more than seventy-five restaurants in Chicago today with quality antibiotic-free meat from pasture to package. 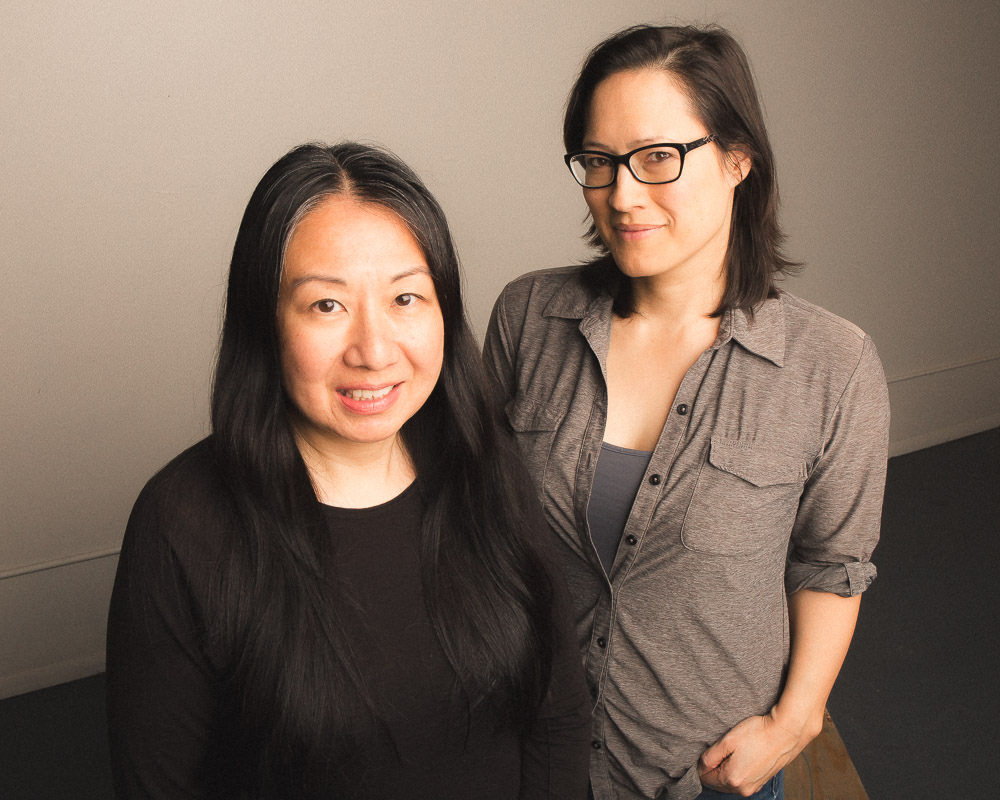 38
Louisa Chu and Monica Eng
Hosts, Chewing podcast
Between the buzzworthy spots, the huge events and the hot new chefs, Louisa Chu and Monica Eng are your guides to the untold stories. Chu, a chef and journalist for the Chicago Tribune, and Eng, food and health reporter for WBEZ, went independent when their WBEZ podcast “Chewing the Fat” was cancelled. Now one year in, they continue to bring firsthand stories and new perspectives to the dining community. On “Chewing,” Chu and Eng touch on topics that include food policy to diets to prominent personalities, with a particular focus on overlooked ethnic cuisines, restaurants and chefs. A podcast, says Eng, “allows us to reveal the people behind Chicago in a more personal way and largely in their own words, to debate and bring more humor, personality and informality to subjects we’d have to tackle differently in our day jobs.”

39
Sara Gasbarra
Founder, Verdura
Sara Gasbarra develops, builds and nurtures in-house gardens for clients such as Floriole, Elske and Palmer House. “I get crazy requests,” says Gasbarra. “At first, [the crop list] was simplified, but now it’s a four-page spreadsheet with fifteen varieties of basil.” The diversity of her portfolio—more importantly, the ability to help chefs grow hard-to-find or expensive-to-ship items—is Verdura’s bread and butter. While volunteering at Green City Market in the late 2000s and subsequently managing their 5000-square-foot educational garden, Sara connected with enough chefs to trust the viability of irrigation-supported rooftop gardens in a city with a five-month growing season. It sounds lofty, literally, but with a little help from Instagram (vegetables are pretty), Verdura’s client list has grown to almost a dozen in under six years. 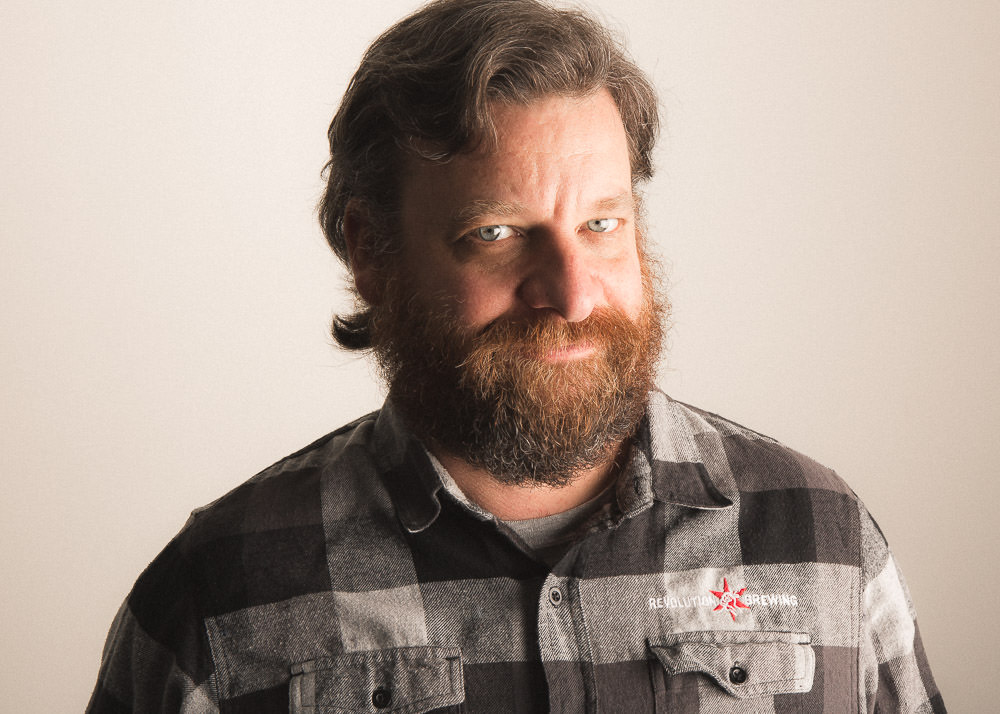 40
Josh Deth
Founder/Managing Partner, Revolution Brewing
Josh Deth, founder of Illinois’ largest independently owned brewery, believes he was born to brew. The release of Deth’s Tar, a bourbon-barrel aged imperial stout, helped him break into the ranks of the top fifty craft-brewing companies in the United States. Bringing beer to the people is the focus of everything at Revolution. What was once just a college experiment to make a drinkable pint has become his life. “There’s a family feeling to everything we do,” he says of his close-knit crew of about 180 that distribute in six states and counting.