Community-supported agricultural operations, or CSAs, enable consumers to buy “shares” of a local farmer’s products and then have them delivered to their door or a local drop-off point. Building on the CSA business model, Sitka Salmon Shares is a CSF, a community-supported fishery. For $99 per month, you buy shares of a seasonal catch and then receive a monthly supply of blast-frozen, high-quality salmon and other seafood sourced directly from fisheries in Alaska. In addition, there’s usually a Sitka Salmon Shares table set up at the Logan Square Farmers’ Market and other markets where a la carte purchasing is an option.

Sitka Salmon Shares makes sense to consumers who are seeking better-quality seafood, and that better quality depends upon where it’s caught and how it’s handled. Even if the seafood starts out pristine, it’s likely somewhat deteriorated by the time it reaches the consumer’s kitchen. Delivering high-quality fish is part of the rationale behind Sitka Salmon Shares, which adopts a more traditional, hands-on approach to sourcing seafood. Food & Wine included Sitka Salmon Shares in their 2014 listing of “Top Food Artisans in America.”

Sitka Salmon Share founders Marsh Skeele and Nicolaas Mink, like many farmers in the CSAs, want to be as transparent as possible about where their food is coming from. They want consumers to feel like they have a close relationship with multi-generational fishing families, the men and women with salt water in their blood who go out on the boats and catch the fish themselves. “When you have a stronger connection to your producer, you’re just going to have a better product,” Skeele says.  “It’s the same thing with any kind of ingredient. Eggs, meat and vegetables all taste better when it’s coming from a smaller farmer who takes the time to ensure that they’re grown well, rather than a large-scale farm that’s just seeking profit.  With Sitka, you know we’re using the most ecologically sound practices, so you can feel better about your purchase.”

Aside from the feel-good aspects of working with Sitka Salmon Shares, transparency means you’re also more likely to be getting the fish you want and that won’t make you sick. In a recent Newcity interview with Larry Olmsted, author of “Real Food, Fake Food,” Olmsted made the point that “Farmed fish and shrimp from Southeast Asia and China have been demonstrated to contain antibiotics and other chemicals that are banned in this country for health reasons. To confuse inspectors, these products have been illegally relabeled as coming from other countries… Same thing when you pay a premium to buy wild-caught salmon and get farmed salmon instead, which happens about a third of the time at retail and two-thirds of the time in restaurants. Farmed fish are grown on antibiotics, vaccines and a manufactured grain diet unlike anything salmon eat in the wild.” 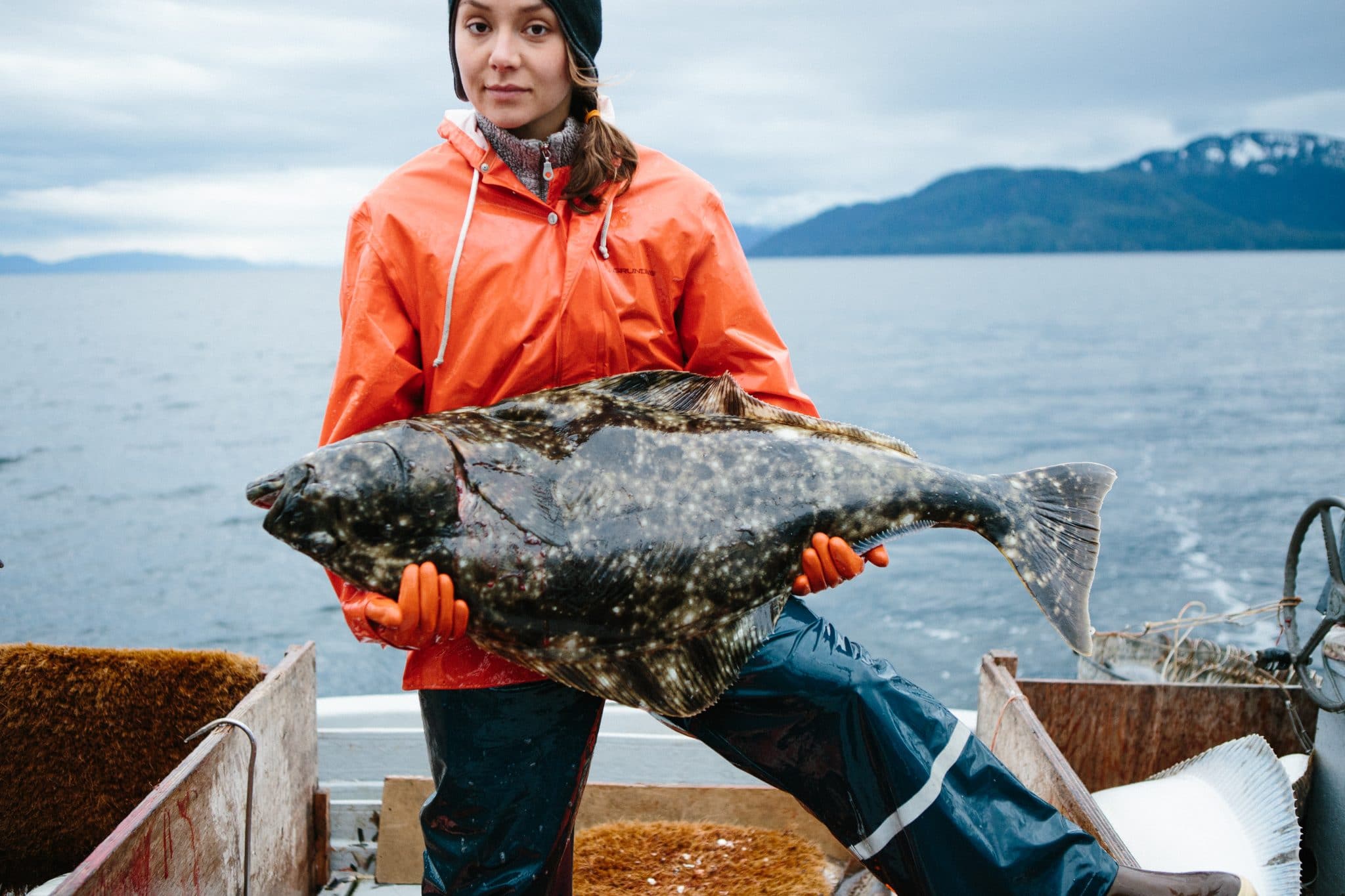 Alaska, one of the best sources for fish in the world, takes a righteous stand in protecting local waters and resident fish stocks. Alaskan statutes give the environment priority over the needs of commercial fisheries that have, in the past, shortsightedly destroyed natural habitats for the sake of a quick buck. Alaska enforces strict habitat protections, instituting over forty Marine Protected Areas. Sustainability is a reality in Alaska, and no species of Alaskan seafood has ever been listed as endangered under the Endangered Species Act.

Nonetheless, Sitka Salmon Shares is as interested in preserving the natural environment as it is delivering beautiful seafood to its customers. As Skeele says,“global climate change is obviously a huge issue, but I’d say the more immediate threat is damage to freshwater habitat. Logging and large-scale mining operations threaten to raise the temperature of the water that our salmon swim in. Salmon are a resilient species, but they need cold water in order to thrive.” Sitka Shares Salmon returns one percent of revenue to fisheries conservation initiatives.

The supply chain for Sitka Salmon Shares’ seafood requires careful handling that starts when the fish is pulled from the water and doesn’t end until the fish is put into the hands of the consumer. If you go to the trouble of carefully and thoughtfully sourcing your products, whether agricultural or aquatic, all that care and thought is for naught if along the way, says Skeele, people who handle the product do not know or care about what they’re doing. “Every step in handling a fish really affects its quality when it’s on your plate. From the method that was used to catch the salmon to how it’s handled can change its quality drastically,” Skeele says. “Was it bled, cleaned and gutted right away? The way the fish is handled before it was frozen and then how it’s actually frozen really matters. If you don’t take a deep dive into those processes and why they matter, you’re not going to have a perfect fish.

“Tied into this is traceability,” Skeele adds. “With Sitka, you know who is catching your fish, and you can trace that back to the very boat and fisherman (or woman) catching it. I think that we have a unique model in that our fishermen are owners in the company, so we really control that supply chain directly to your doorstep. It’s close to buying the fish off their boats yourselves.”

Sitka Salmon Shares offers cooking classes to people who want to learn how to prepare fish at home but who are maybe a little hesitant to try. I wanted to know what Skeele thought was the scariest thing novice home cooks face when preparing fish. “They’re scared about serving something raw so they err on the side of cooking it longer,” Skeele says. “If it’s high-quality fish like what we have, eating it medium rare or even raw is a great expression of the ingredient. Cooking it low and slow is a great method, and it’s best to take it out before you think it’s done. I think the easiest mistake that people make is overcooking.”