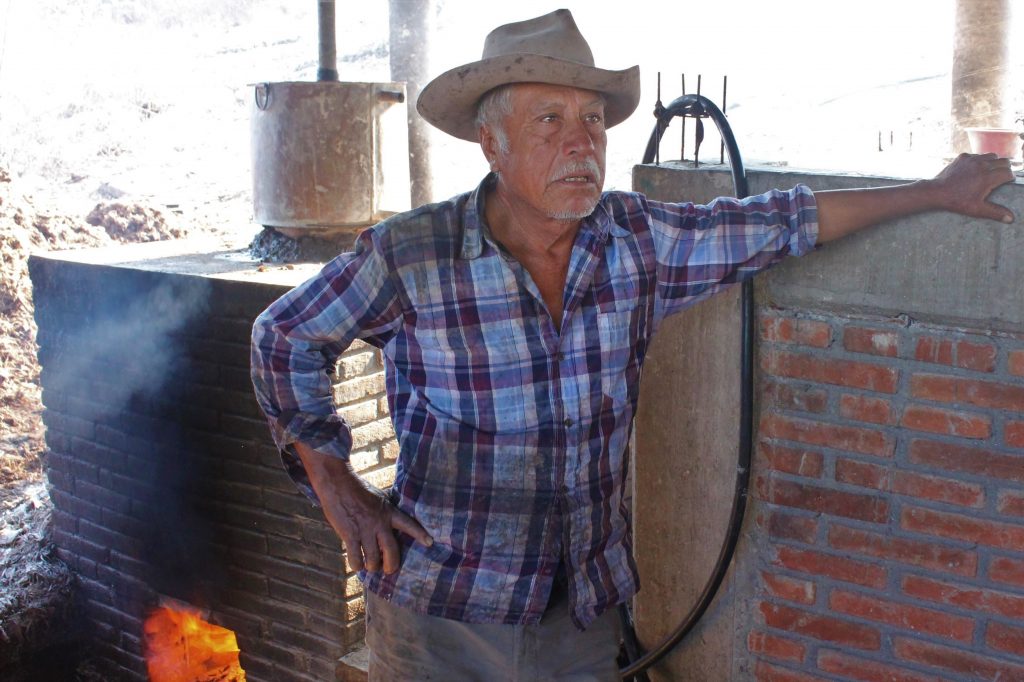 Oaxaca is one of Mexico’s most biodiverse regions, with mountains and seashores, deserts and forests. Because it’s home to many different kinds of plants and animals, the culinary minds of Oaxaca have contributed to a remarkable range of foods and drinks, perhaps most notably mole and mezcal.

Twenty years or so ago, at least in Chicago, if you mentioned mole, most people would likely think you were referring to a small, largely subterranean mammal. Now, everyone knows mole as a sauce, and most of us know there’s not just the dark version with chocolate but also rojo, verde, coloradito, chichilo, amarillo and manchamantel: the Seven Moles of Oaxaca. Many moles are seasoned with twenty or more ingredients, all of which Rick Bayless tells us are absolutely essential to the enjoyment of this complex, multi-dimensional creation.

Mezcal, the Toast of Our Town

Mezcal is having a moment. Even five years ago, many of us labored under the misconception that this centuries-old beverage, produced largely in Oaxaca, was maybe somehow hallucinogenic or that the worm was found in all authentic bottles. 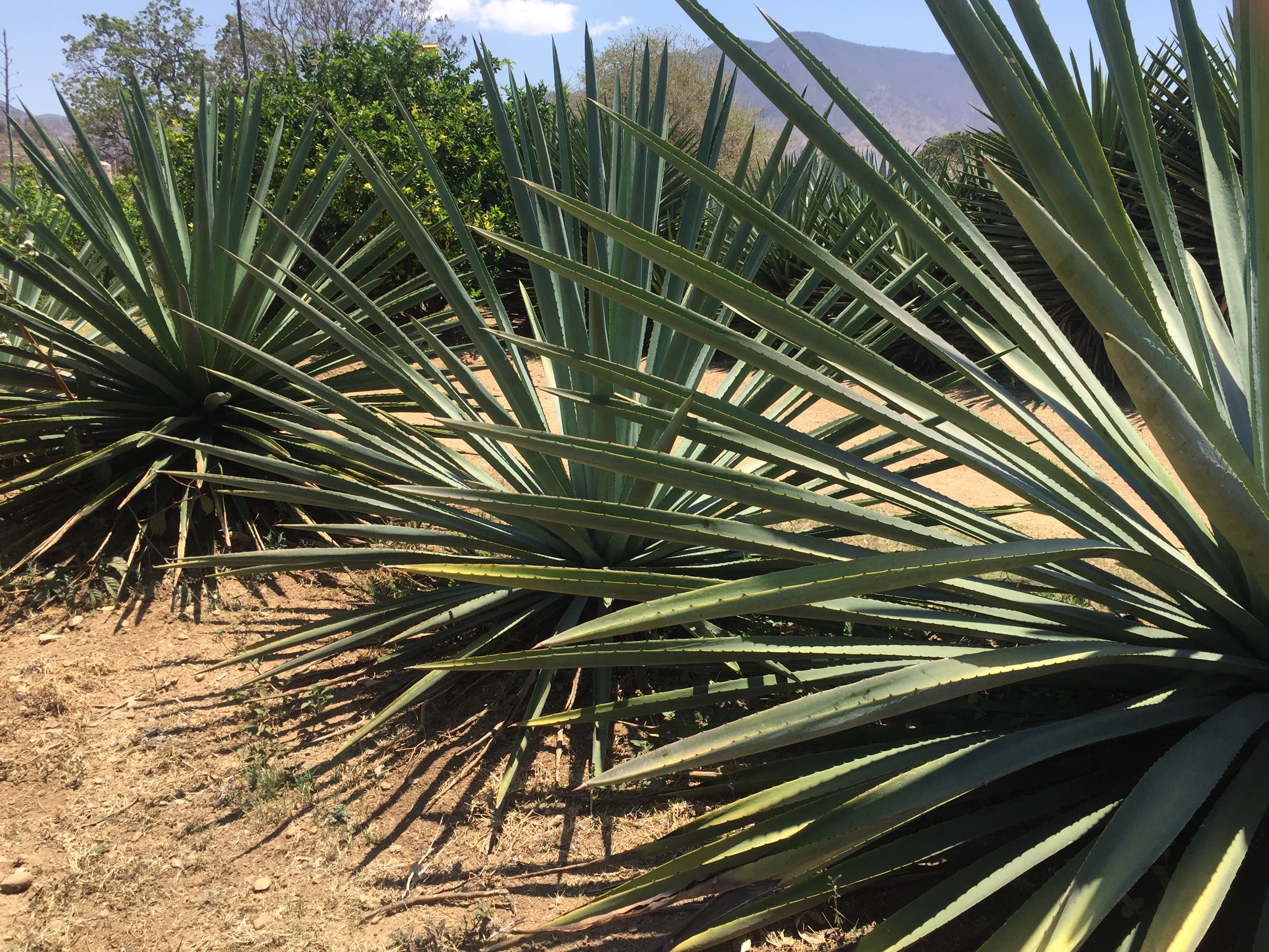 The agave plant, a succulent that looks like a kind of cactus, is the basis for tequila, mezcal and a number of non-certified distillates that are, under law, not allowed to be called either tequila or mezcal. Tequila is distilled largely from blue agave, and mezcal is distilled from any number of agave plants. Many agave used in mezcal grow wild, including Espadin, Tobala, Tepextate, Cuish and many, many others. There is perhaps no other beverage that so reflects the land from which it came, the terroir, as much as mezcal. That’s because some of the wild, and even the cultivated, agave plants must stay in the earth, growing for five, ten, twenty, perhaps even fifty years. In that time, the plants absorb a lot of the flavors of the soil, air, nearby plants, and, of course, they reflect the careful attention of the men and women who make this distilled agave spirit. 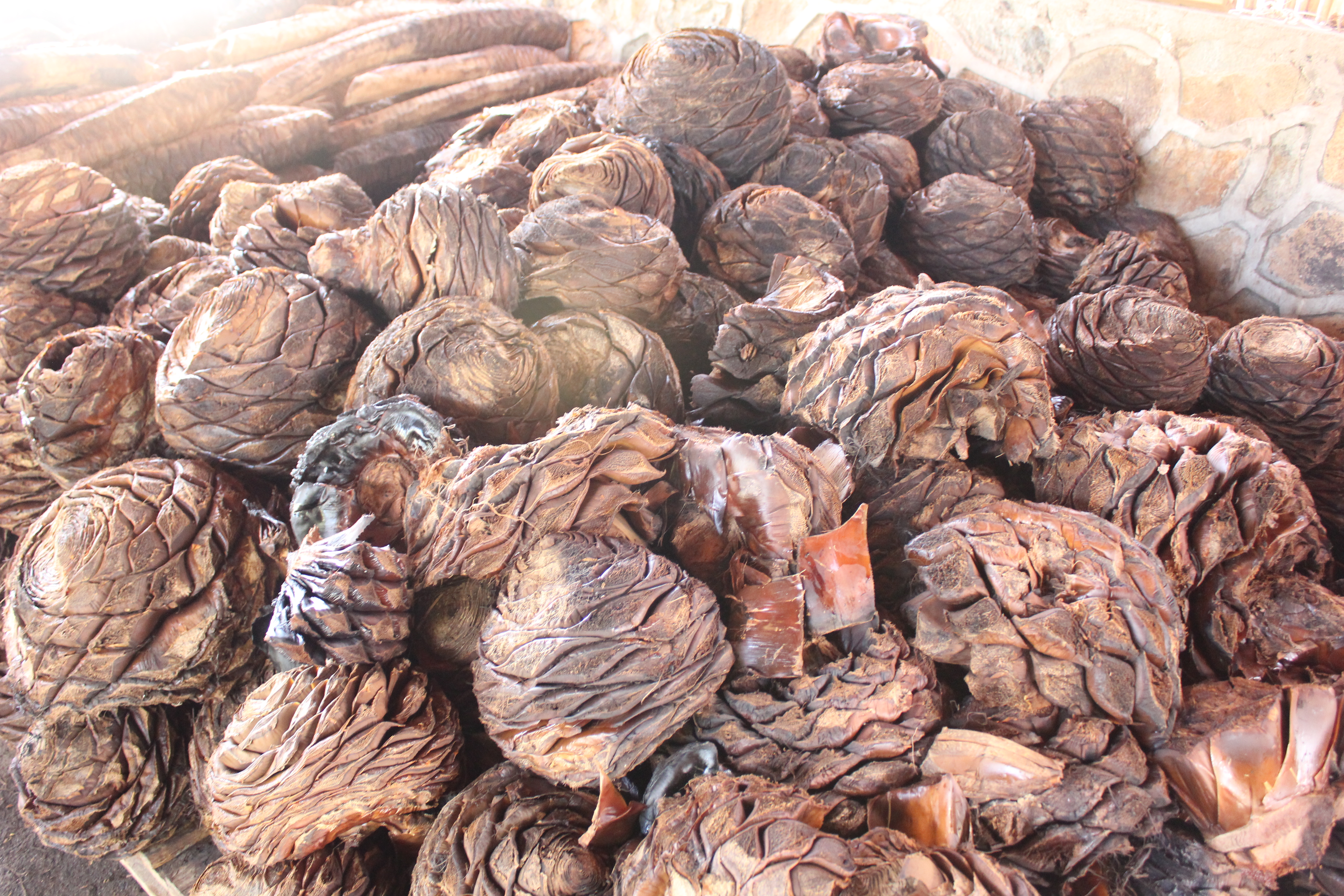 Mezcal, like tequila (which is actually a subcategory of mezcal, if you ignore the government-controlled certification nomenclature), is made by harvesting the bulbous, sugar-rich heart of the agave plant. During the growing cycle, when the agave is about to thrust up a quiote (the stalk that carries the flowers and the seeds), the quiote is cut off and the plant is left to stand for up to a year. The plant, which doesn’t “know” the quiote has been cut off, continues to develop sugars, which are stored in the agave heart. When the agave’s sugar content (and thus the potential alcohol content) is highest, the heart is dug up. This agave heart, or pina (so called because when the leaves are cut off, it looks like a pineapple), is roasted (ideally in the earth but sometimes in an oven). The pina is then smashed; water is added; and the whole mess ferments for a few days or up to a month, depending upon temperature and batch size. Ambient yeasts (in the air all around us) convert the sugar to alcohol. The fermented result is then distilled, once or twice (or, rarely, three times) and bottled, usually in plastic or glass, almost never in wood (barrel aging is for beverages that need more flavor added; mezcal is fine—better, actually—taken neat). 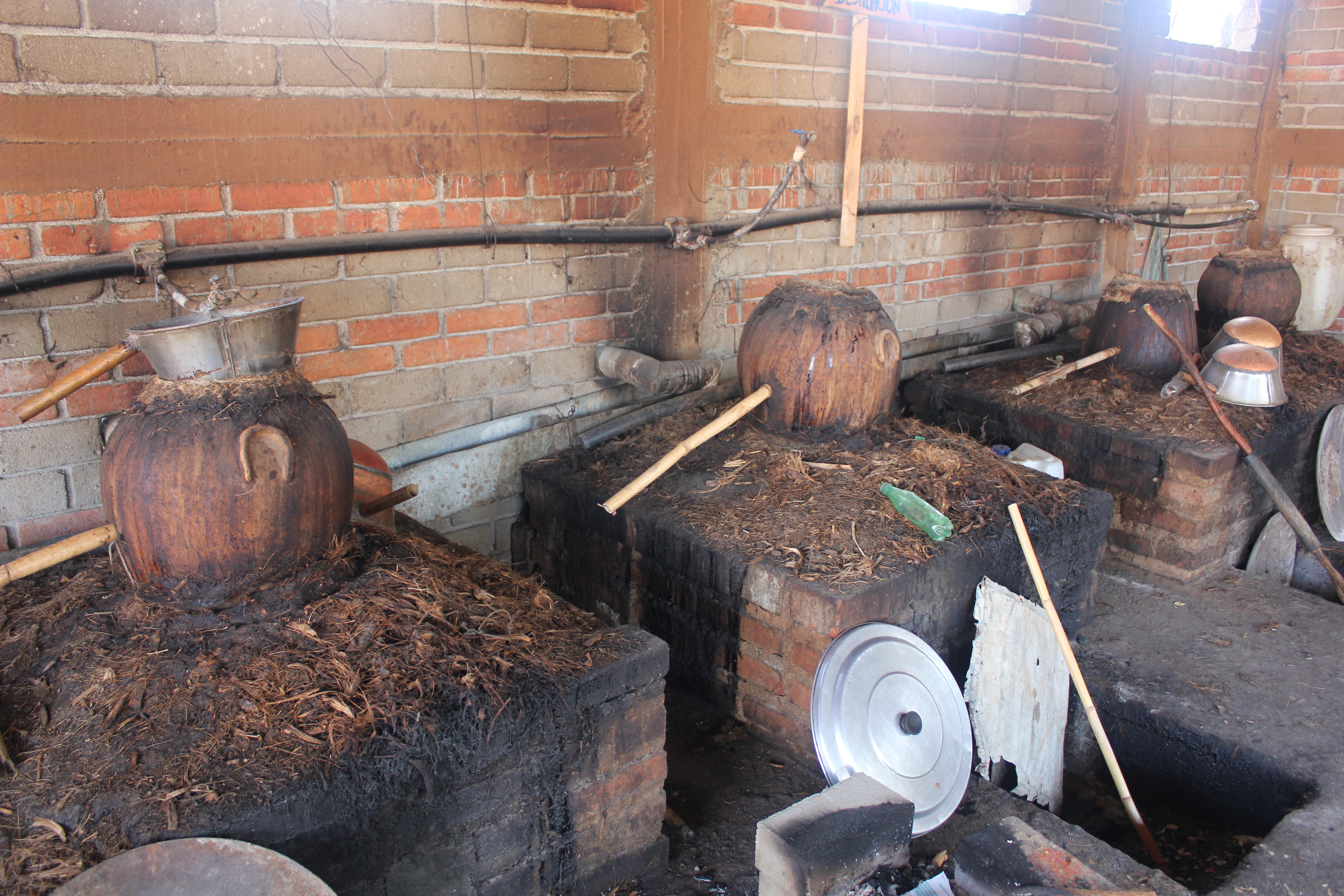 You can enjoy exceptional selections of this artisanal beverage at many Chicago restaurants/ bars, including Masa Azul (2901 West Diversey), which is one of Chicago’s first mezcal-focused restaurants dating back to 2011, Mezcaleria Las Flores (3149 West Logan Square) and open just this year, Quiote (2456 North California), where beverage director Bobby Baker serves some fine stuff neat, or, if you prefer, in cocktails (which is the way you want your mezcal if you’re drinking shite, which is not served at Quiote). 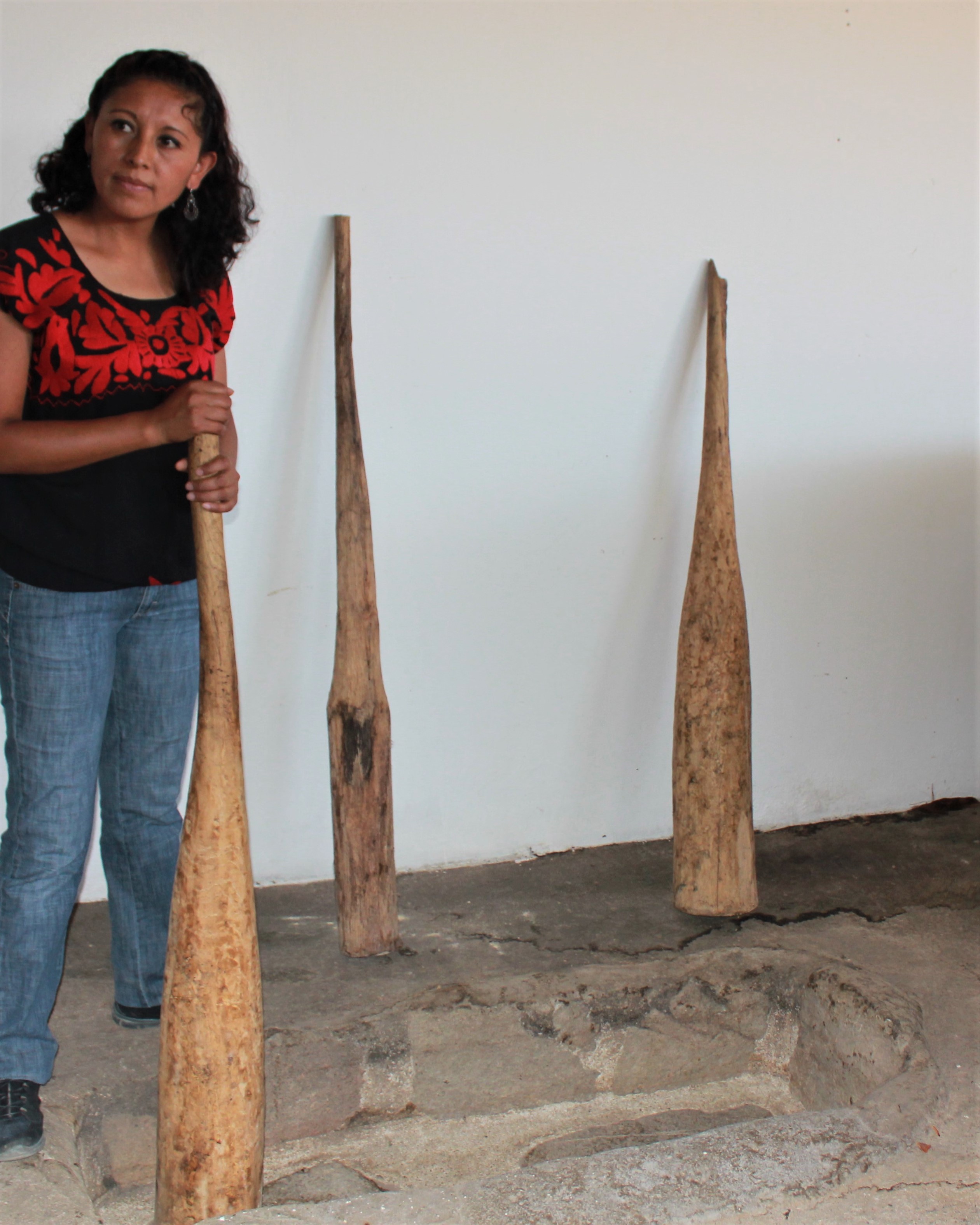 However, there’s a lot of mezcal out there that will never make it out of Oaxaca. That’s because to import mezcal legally, the spirit has to be certified by the Mexican government; if it isn’t certified, it’s technically a “distilled agave spirit,” though in reality it’s actually mezcal—you just can’t legally call it mezcal.

Certification takes money, as much as one year’s salary for a solid, middle-class person working in rural Oaxaca. Consequently, small artisan mezcaleros, many of whom are producing their labor-intensive mezcal just as their families have done for centuries, simply can’t do the sum. According to Sarah Bowen in her outstanding “Divided Spirits: Tequila, Mezcal, and the Politics of Production” (University of California Press, 2015), the governmental body that regulates mezcal estimates that around eighty percent of mezcal producers are not certified.

To get the remarkable expression of the land carried in spirits that are distilled in batches so small it will never make economic sense to certify them, you have to bring mezcal back with you from Oaxaca.

We traveled to Oaxaca in mid-April with friend and mezcal maven Lou Bank of S.A.C.R.E.D., which stands for Saving Agave for Culture, Recreation, Education and Development. Bank also orchestrates the Agave Triangle self-guided tours of agave-centric bars and restaurants in Logan Square.

With Bank, we visited a number of palenques where mezcal is made. The ones that really touched me, with the sincerity of their adherence to traditional methods as well as the tastes of earth and the incredible quality of their artisanal product, were the small producers. 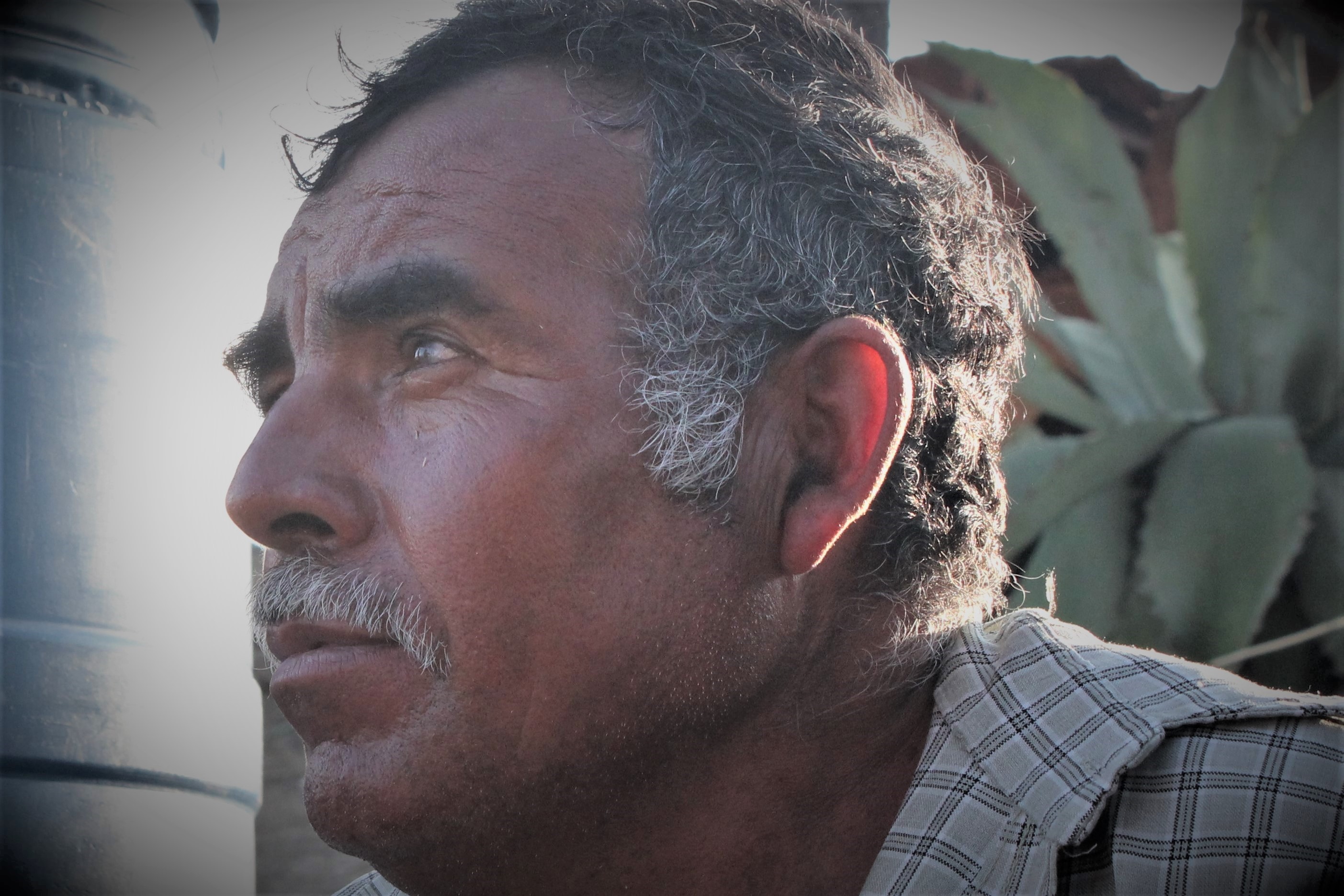 We paid a visit on Victor Ramos who works the relatively small palenque where he’s been making mezcal, following the traditional practices he learned from his father. When we arrived with Silvia Philion Muñoz of Mezcaloteca [mezcaloteca.com], Ramos was coming out of the field after caring for his plants, hot, sweat glistening in the setting sun, pants torn and ragged, a man who works hard to make some of the best mezcal in the world. He sat down with us by his tahona where the pinas are crushed, after roasting and before fermentation. He poured us some “puntas” (the jet fuel-like heads of the distilled product, very high proof, to be taken with care). We talked for a while, and then he cut us some chunks of cooked agave, which were sweet and smoky (agave was once a regular food of indigenous people in the area). Then we went to an adobe shed where Ramos keeps jerry cans and fifty-five-gallon drums of his crafted product. Ramos doesn’t sell anything in the usual 750 ml glass bottles; his products have no logos or labels. He filled our empty plastic water bottles with liter after liter of his excellent spirit.

The next morning, when we stopped by the palenque of Felipe Cortés, he was also hard at work, feeding the fire underneath the pots where the roasted, smashed and fermented agave was distilled. As is the custom with all agave makers we visited, first we have a sip and then we buy a few plastic bottles full of mezcal, which when purchased from a maestro tend to be between US $5 and $35 per liter.

From these and other mezcaleros, we purchased a lot. Maybe forty or so liters, in glass, more often plastic, sometimes in a jerry can. Bank, thinking ahead, even arranged to have some mezcal stored in a five-gallon glass jug; this jug, buried on the property of mezcalero Ramos, will be retrieved sometime in 2018 or 2019. “The consistent temperature of the earth,” Muñoz explains, “preserves the mezcal and allows the flavors to blend. You must age it for at least one year, but two is okay and three is best.”

Much of the mezcal, of course, went into our checked baggage to be taken back to the US.

There’s a misconception that you can bring only two bottles of spirits back with you when you travel to other countries, whether it’s Spain, France or Mexico. That’s not true. You can bring back pretty much all you want. You may just have to pay a tariff, which comes to $3.57 per liter. And here’s the thing, a lot of times, the customs agent on the US side just can’t be bothered filling out the paperwork. I was ready to pay the tariff on the 11.5 liters over and above the allotted two liters I was bringing back (a bill of about $40). I wrote on my declaration that I had these extra liters of liquor, but the customs agent simply waved me on, without even glancing at my Customs Declaration.

“Is that it?” I somewhat incredulously asked the customs agent, risking the consequences of what could have been a major rookie blunder.

“That’s it,” he grunted, moving me ahead so he could attend to the next in line. It wasn’t even that busy.

Outside the O’Hare International Terminal, waiting for a ride home, an old tune of Arlo Guthrie’s was running through my head: “Coming into Los Angeles, bringing in a couple of keys.” But it wasn’t weed or coke I was carrying, it was just distilled agave spirits.

How to Drink Mezcal

Whether you bring back small-batch artisanal mezcal from Oaxaca or buy more readily available certified mezcal from places like Moreno’s Liquors (3724 West 26th) in Little Village—which offers Chicago’s best selection of the spirit—you have to know how to drink it.

Here, according to Mezcaloteca, is how you should taste a mezcal. These rules are “agreed upon and collected from local populations where traditional mezcal is produced”:

You’ll probably find that there’s so much going on in a mezcal that you don’t really need to drink too much. Many experienced mezcal enthusiasts say that mezcal is the ideal spirit: you take a sip, get a short-term buzz, and then settle back to clear-headedness. Could be true. Try it for yourself in Chicago or, ideally, Oaxaca.