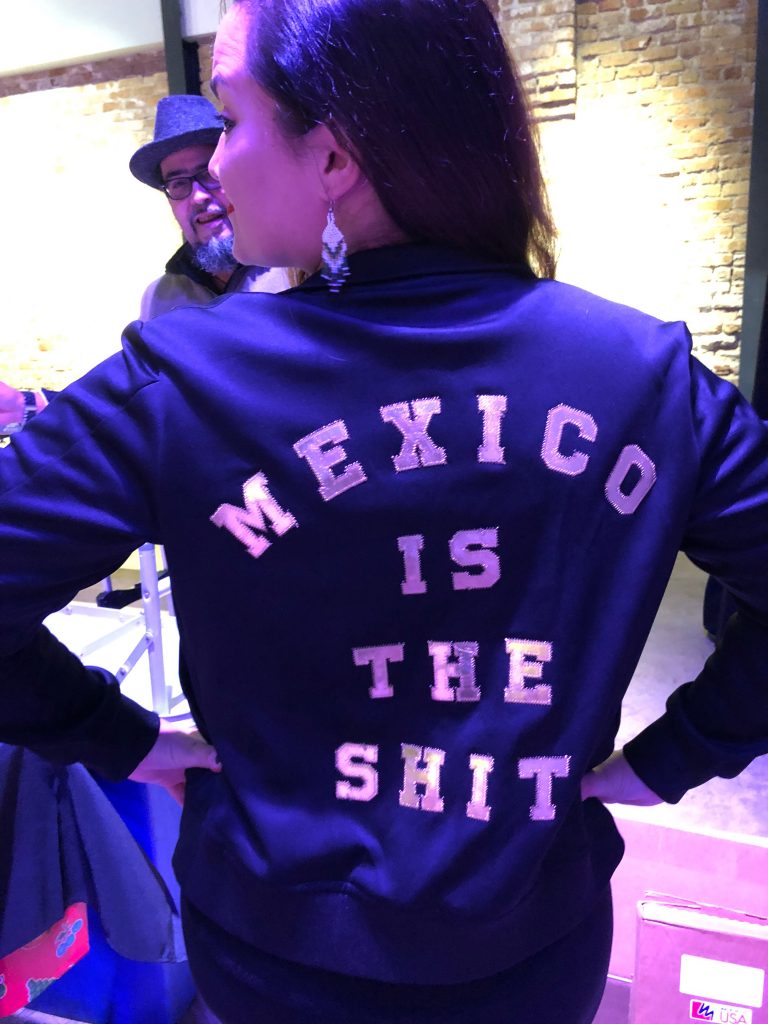 Tequila, we know. Mezcal, we’re getting to know better every day. Still, there are many spirits from Mexico that remain relatively unknown in the United States, and events like Mexico in a Bottle teach us more about mezcal as well as about spirits that, though they have been popular in Mexico for centuries, are just becoming known here in Chicago, and just in time for holiday merry-making.

Mexico in a Bottle is an annual event, held this year in mid-October at Chop Shop (2033 West North Avenue). Organized by Susan Coss and Max Garrone, the San Francisco-based Mezcalistas, Mexico in a Bottle welcomes spirits makers and distributors to offer their products to those just starting to understand the depth and range of spirits our neighbors to the south have been perfecting for millennia.

Why hold this event in Chicago? “Chicago has the second largest Mexican-American population in the United States and a rich history of art and food within that community. Our events are all about presenting mezcal within a cultural context,” Coss says.

Tequila is made from agave, the succulent that looks a little like a cactus, the heart of which is usually cooked, smashed, fermented and distilled to produce the spirit. Tequila is made from only Blue Weber agave, but mezcal can be made from about thirty different types of agave, each yielding a different taste, further modified by the way the spirit is handled by individual mezcaleros. 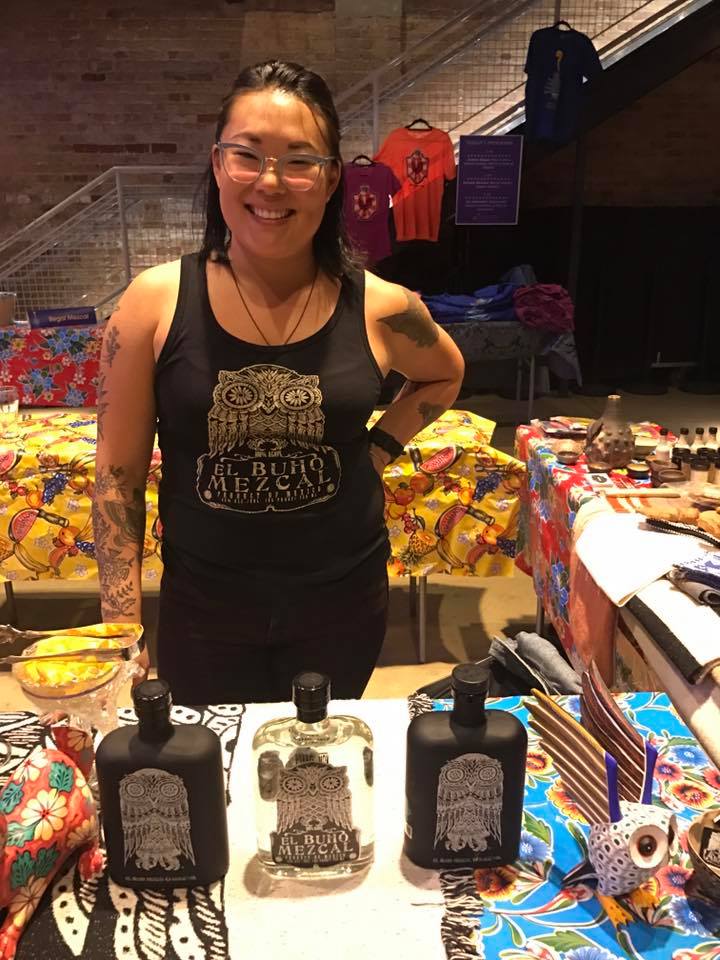 A presentation of Mexican spirits you’ve likely never had before/ Photo: Lillian Gutierrez

Beyond mezcals, Mexico in a Bottle sampled a range of other spirits just starting to make their way here.

Tuxca. One of our favorite sips was Tuxca, made in Jalisco and Colima. Tuxca gets its name from Tuxcacuesco, a town in Jalisco. Traditionally made like all other mezcals, Tuxca is made from an agave indigenous to the area. E. Ismael Gomez is distributing Balancan Tuxca, the first to enter the U.S. market. “Tuxca is one of the oldest spirits in Mexico,” he tells us. “What makes this spirit different is that the fermentation is in carved volcanic rock wells that date back 400 years. For the distillation, they use the trunk of trees that grow in the region. They build the mechanism inside these trunks. The agaves used are wild-harvested Lineño and Cimarrón.”

Comiteco. At Mexico in a Bottle, we chatted with Eduardo Belaunzarán, self-described “mezcal missionary” and managing partner behind Wahaka Mezcal. Belaunzarán describes Comiteco as “the missing link between pulque and mezcal.” (Pulque is the fermented sap of the agave, a kind of beer, whereas mezcal is made with the heart of the agave, cooked, smashed, fermented and distilled). Comiteco is made from pulque with some corn yeast added, and after fermentation, it’s distilled. This is an interesting drink: it doesn’t taste quite like mezcal or tequila, though it does have lightly grassy notes and a pleasantly dry finish. Moreover, Comiteco is the only way you can taste anything like real pulque outside of the communities in Mexico where it is made. The beverage is actually produced inside the agave plant, where the sap of the plant ferments and then must be consumed within hours before it goes bad. Pasteurized pulque is available in cans, but it is quite vile.

Bacanora. Named after the town of Bacanora in Sonora, this distillate is produced from an agave called yaquina. Like the many agaves that can be processed and turned into spirits Yaquina, an espadin varietal, has a distinctive flavor. In the same way as different grapes yield different tasting wines, different agaves yield different-tasting distillates.

Rum. Paranubes is a rum from Oaxaca made in the Sierra Mazateca mountains, in a misty cloud forest that’s also home to an infamous indigenous psychedelic mushroom. If rum has seemed to taste only like alcohol and sugar to you, try Paranubes, which has many more dimensions of flavor, even some slightly bitter notes. It’s a truly beautiful artisanal expression. Local bartenders are getting wise to the advantages of this Oaxacan aguardiente, and you can enjoy cocktails made with Paranubes at Estero. Lou Bank, who has been featured in these pages discussing mezcal, says Paranubes is “very much like a Rhum Agricole—and, in fact, it is made the same way: from fermented sugar cane juice.”

Sotol. The word “sotol” comes from “tzotolin,” a word in Náhuatl, the language of the ancient Aztec still spoken in many parts of Mexico. Sotol was once thought to be an agave, the plant used to produce tequila and mezcal, but in the 1990s, botanists concluded that sotol was technically not an agave but rather a dasylirion. People in several Mexican states—including Oaxaca, Chihuahua and Durango—would sometimes eat sotol’s bulbous heart, which like the agave’s heart (or pina, because it looks like a pineapple when the leaves are stripped off), are sweet-tasting and contain nutrients. The sugars in sotol and agave hearts can be converted to alcohol, and these spirits became common after the Spanish introduced distillation to the Americas. Sotol is a very pleasant sip, though some versions lack the complexity of mezcal. 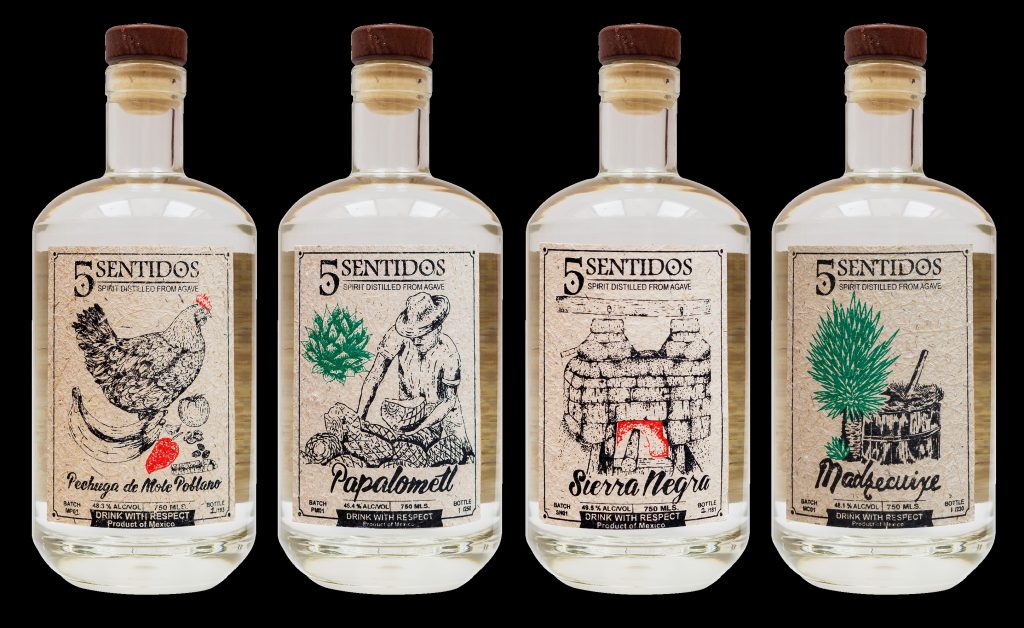 …and Mezcal. With all these amazing and unfamiliar spirits, mezcal might start feeling pedestrian. But at Mexico in a Bottle there were fresh variations on this fundamental spirit that blew minds. Jason Cox, representing Cinco Sentidos, told us “We have four spirits, and they are all fascinating in their own way, made by amazing families. But if I had to choose just one expression, I would mention our Pechuga de Mole Poblano. It’s distilled with cooked chicken and mole poblano (a sauce made from chocolate, dried chili ancho, chili mulato, apples, bananas, peanuts, almonds, sesame seeds, cinnamon and cumin) that have been added to the boiler chamber of Marcelo Luna’s Filipino (tree-trunk mount) still.” You can try Cox’s Cinco Sentidos spirits at The Aviary, Quiote and Billy Sunday.

Many small-production mezcals were available. And although cocktail mezcals are appropriate for the larger market, mezcal aficionados prefer to drink their mezcal joven (or young), rather than reposado (rested in a wooden barrel for a little while) or anejo (rested in a wooden barrel for a longer while). Camille Austin offered tastes of Montelobos Mezcal, and she told us, “Mezcal is the most complex and diverse white spirit that exists on earth, before aging,” so although aging in wood is preferred for some spirits, like Scotch, it’s less desirable for mezcal, one strength of which comes from the variation between bottles that results from different agaves and different production techniques. Those differences, often subtle, can be obscured by the flavors imposed by wood aging.

Looking ahead, “We’re going to see a wider variety of Mexican craft spirits,” Coss tells us. “There will be more Mexican rums, liqueurs and hybrids. The mezcal world is growing, so I fully expect that we’ll have mezcals from more states and many different variations. I see the story becoming more about terroir, more espadins and cupreatas and salmianas that express the flavors of the land. These are varieties that are more easily cultivated and therefore very sustainable. We’ll also continue to see the bifurcation of the market between the so called cocktail mezcals meant for a large-volume market, and the smaller production mezcals.”