During our Big Heat photo shoot, chefs, bakers, bartenders and others whose images appear on these pages gathered in the dining room of Mi Tocaya Antojería, waiting for their moment in front of the camera. Around the room, they chatted in random clusters, sharing stories, telling jokes, reflecting on news of the day, gossiping; it was all very social and friendly, and one could sense the spirit of a powerful, mutually supportive community.

That community is why Chicago has fostered one of the nation’s most vital culinary cultures. In that room, it was clear that these men and women—some in chef’s whites, others in t-shirts and hoodies—were less competitors and more colleagues, in it together, offering friendly words to fellow travelers on the road between kitchen and table.

Tradition demands that everyone be ranked, but that shouldn’t cloud the fact that in a basic sense, all these people—as well as many others in the city—are on the same playing field, pulling together to put before the world the best food and drink. (David Hammond)

All photos by Monica Kass Rogers shot on location at Mi Tocaya Antojería in front of a mural by Jason Brammer. 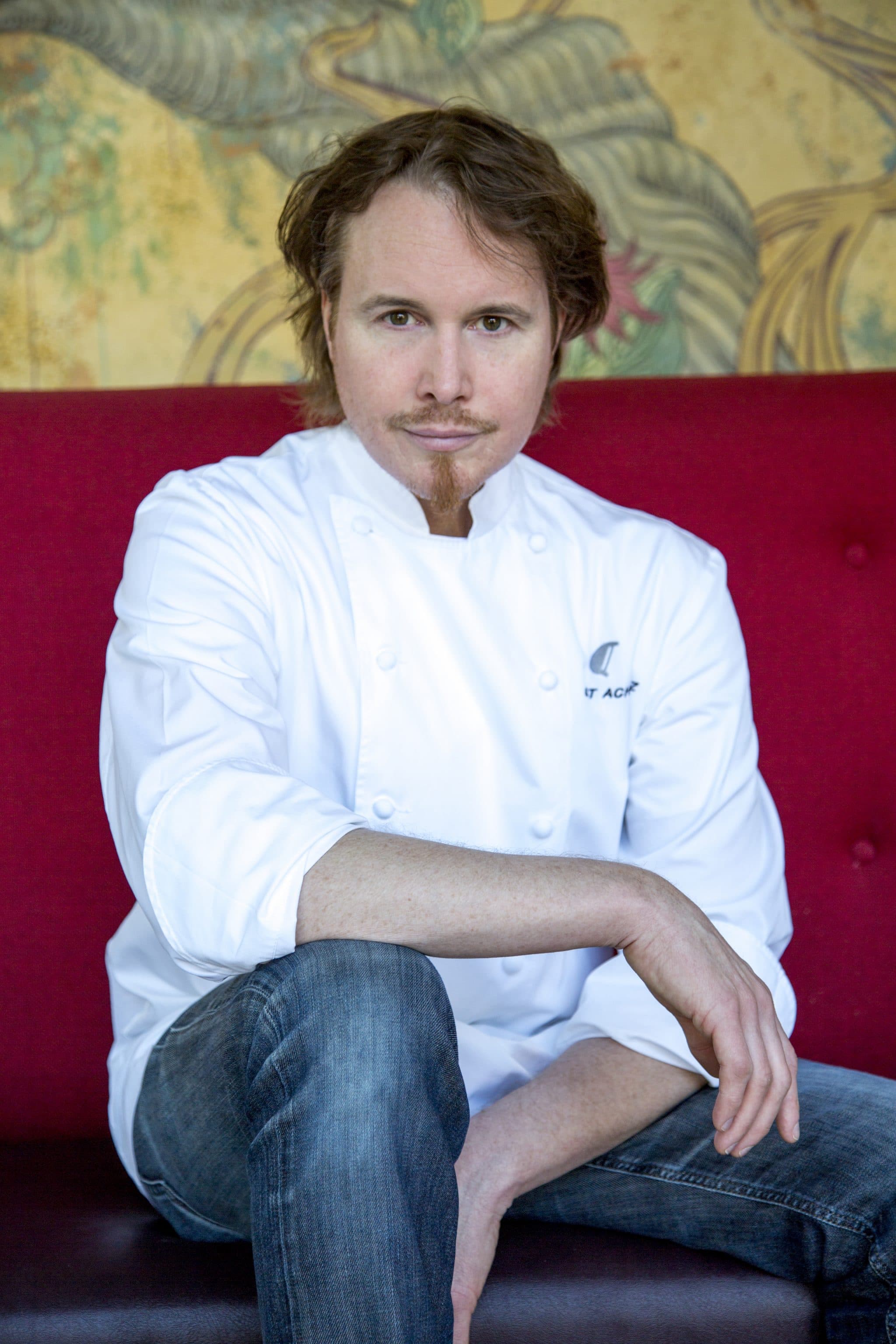 1
Grant Achatz
Chef
Riding the success of Alinea, Next and Roister, and after opening branches of Chicago originals the Aviary and the Office in New York City, three-star Michelin chef Grant Achatz is focused on a new project back in Chicago, where he says, “the food scene is one of the best in the world.” The Alinea Group is opening a food and music venue in Fulton Market, combining Alinea-quality food with concert venue-level acoustics. “We also continue to focus on upholding the standards of our other five restaurants,” Achatz says, noting that twenty-five years into a career of cooking, he never tires of it. “I still find it rewarding and realized early on that it was my passion,” he says. “I very much enjoy making people happy with food and dining.” While waiting for the newest venue to open, enthusiasts can purchase “The Aviary Cocktail Book,” a recipe collection with an emphasis on photos and design, scheduled for summer 2018. 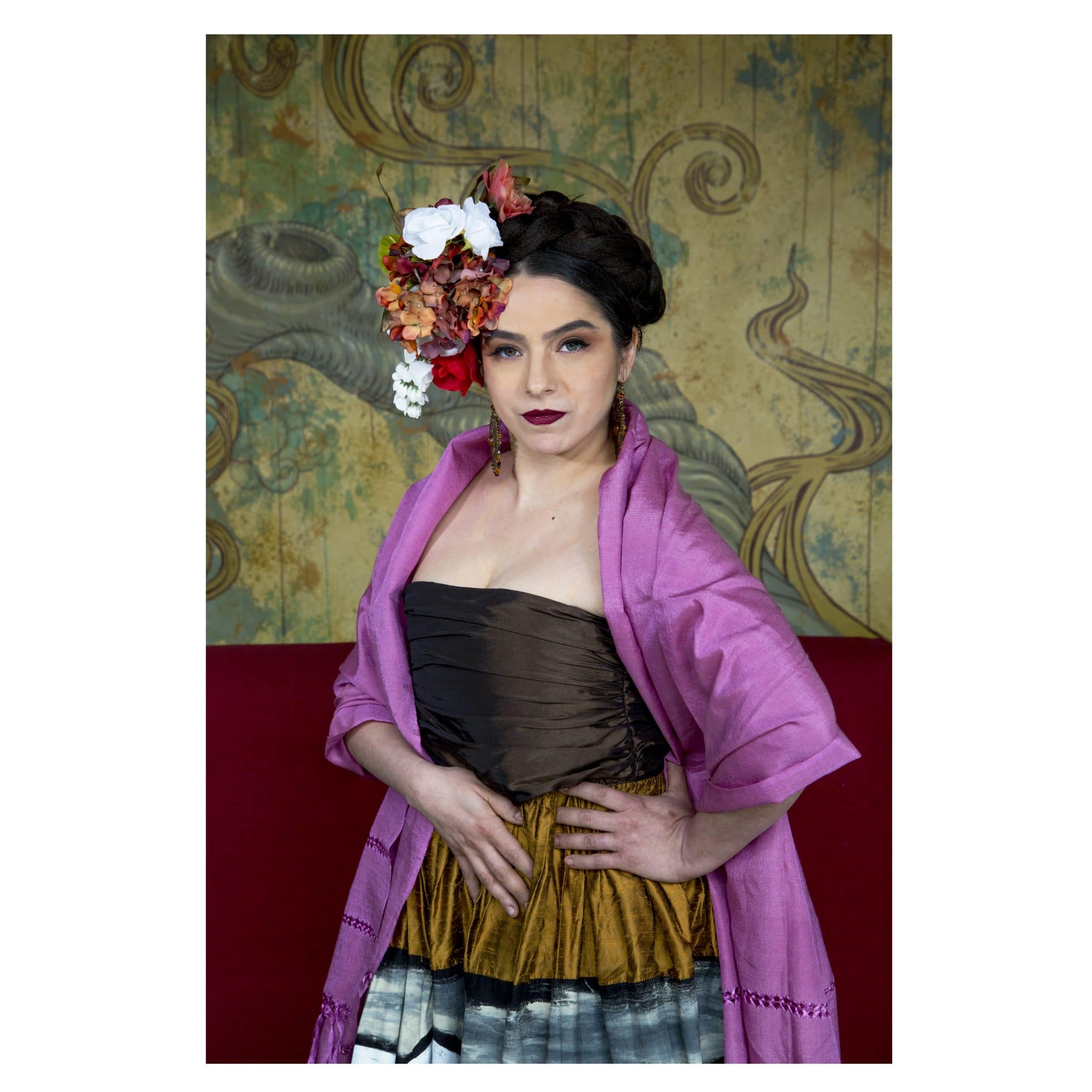 2
Diana Dávila
Chef
Diana Dávila is having a big year, including prominent mention in Bon Appetit as well as a roster of local publications, and recognition as a James Beard semifinalist for Best Chef: Midwest and Best New Restaurant (her Mi Tocaya Antojería). Though the tagline on Dávila’s website is “Rethink your understanding of Mexican cuisine,” she’s not setting out to remake Mexican food traditions but to evolve them, and she takes a non-doctrinaire approach to the ways the foods of her heritage can evolve. She displays a willingness to play with traditions in dishes like beef tongue splashed with peanut butter as well as beer-can chicken with prickly pear. She extends that openness to others: “Korean tacos? Why not? Tacos don’t have to be only Mexican food. It’s like with pasta; it doesn’t have to be only Italian.” 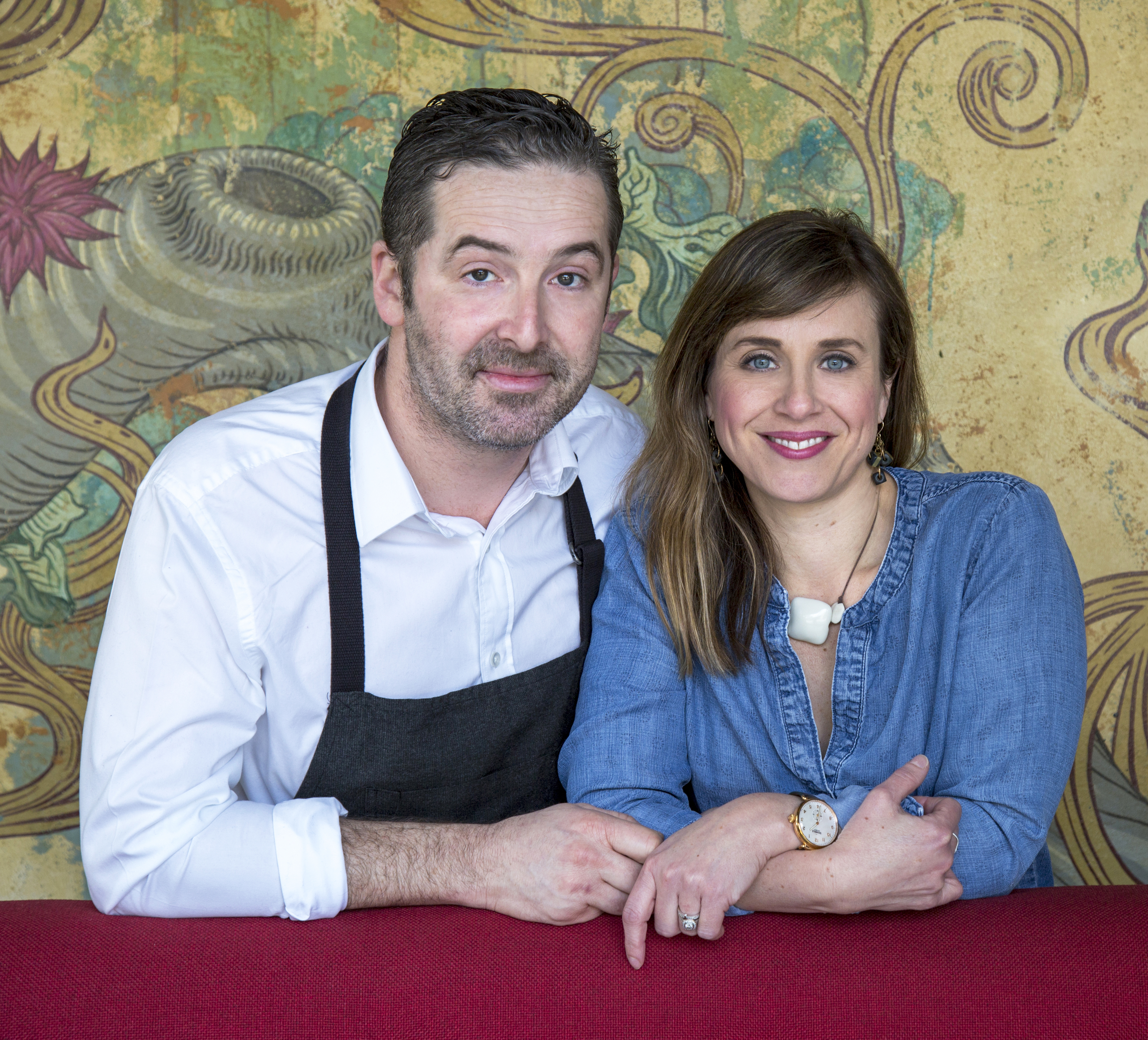 3
John and Karen Shields
Chef and Pastry Chef
They may have just returned to Chicago, but John and Karen Shields have made headlines around the country for years. The husband-and-wife team met while working at Charlie Trotter’s, John as a chef and Karen as a pastry chef. They turned down Trotter’s invitation to helm his Vegas outpost but said yes to a Craigslist ad promising free reign of a fine-dining restaurant in remote Chilhowie, Virginia. Their now-closed Town House grill garnered the notice of foodies and the New York Times—and for John, a 2010 Best New Chef award from Food & Wine as well as a semi-finalist award for James Beard Foundation recognition. But the Shields were eager for a move and ended up back in the city where they met, and are once again earning rave reviews. Last year, the Shields opened Smyth, now a Michelin-starred restaurant, and The Loyalist, a more casual spot that has earned national acclaim for its “Dirty Burg” burger, replacing Au Cheval on Bon Appetit’s 2017 list of the three best burgers in the United States. (John Cusack tweeted that it was the “best burger ever.”) 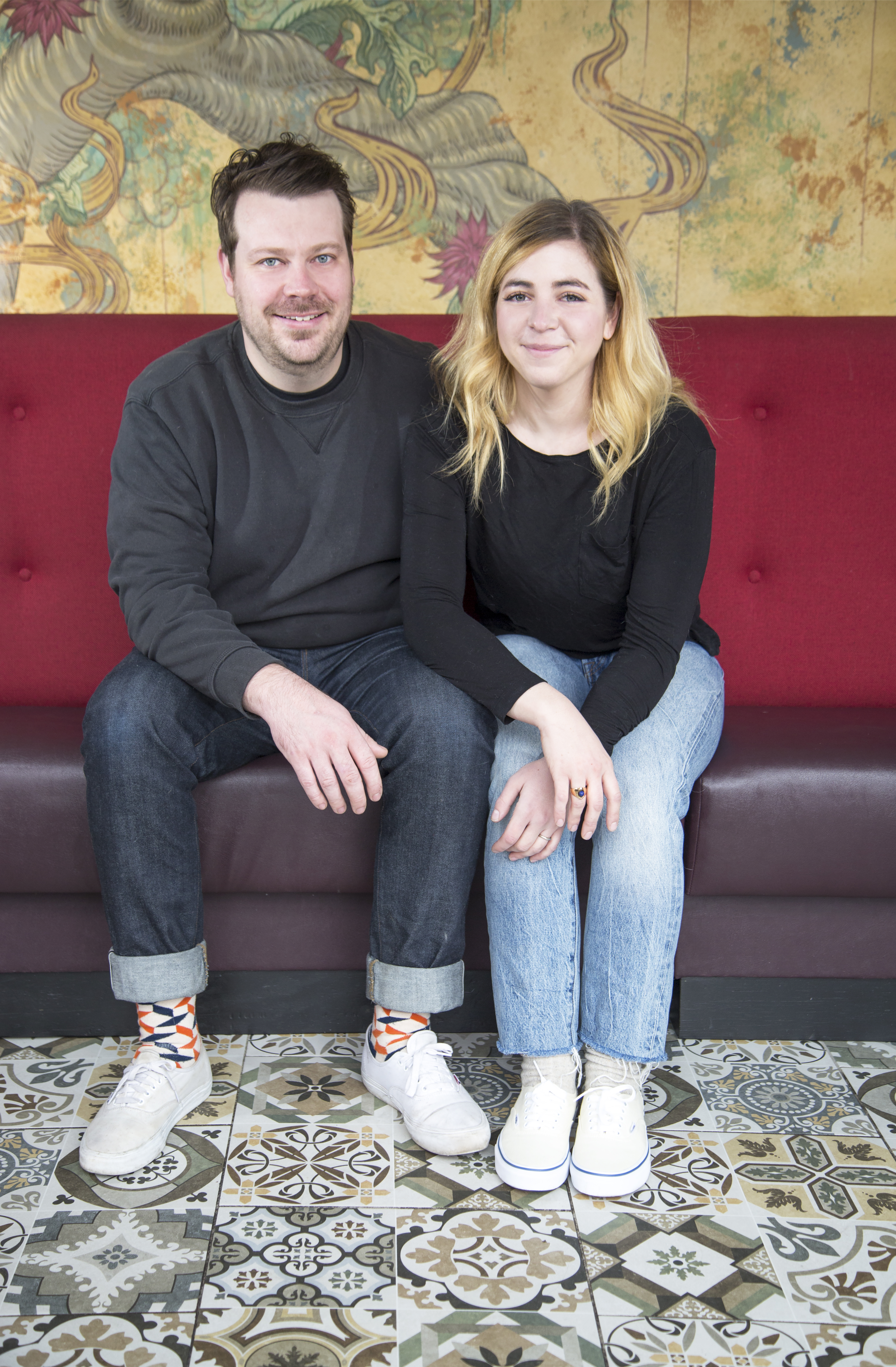 4
David and Anna Posey
Chefs
In an industry of hard-drinking workaholic types who fancy themselves as pirates, the husband-and-wife duo running Elske (Danish for “love”) are a tempering influence of pure joy. It’s working for them—the One Off Hospitality vets have gotten raves for the thoughtful food and intuitive design of their West Loop restaurant. In a year when Bon Appetit named Chicago the top restaurant city, Elske got the nod as the number-two best new restaurant in America. Not bad for a place built to offer the feeling, in David’s words, of “leaving a dinner party at a friend’s house, full and happy. The best part of cooking is that it’s personally satisfying and makes others happy. Having a busy restaurant full of people having a good time is the best feeling.”

5
Sarah Grueneberg
Chef
The past year was huge for Sarah Grueneberg. Her pasta-centric Monteverde has raked in acclaim since 2015, and she now has a 2017 James Beard Award for Best Chef: Midwest, as well as a Jean Banchet Award for Restaurant of the Year. Even the challenges she faced—keeping up with staffing, for example—can be classified as “good problems.” “I feel bad even talking about it,” she says. But the success is well-earned for a chef who puts soul into every effort. “It sounds cheesy to say that heart is a necessary ingredient, but I don’t want to be afraid to say it.” That heart guides her as she embraces a role as mentor, not only to cooks in her own kitchen, but to aspiring chefs across the city. “It’s time for me to start passing down responsibility [at Monteverde] and see where I can offer my services next,” she says.

6
Stephanie Izard
Chef
Arguably the reigning queen of Restaurant Row, Stephanie Izard isn’t interested in ruling alone. “The Chicago restaurant community is a great group of chefs that all want Chicago to be the best food scene in the country and I am just one of many members of this group,” she says. While her restaurants—Girl & the Goat, Little Goat Diner and Duck Duck Goat—thrive and her This Little Goat product line takes wing, it’s community-building that Izard cites as her greatest success. The Fulton Market Harvest Fest, which she created along with chef Paul Kahan, bloomed in its second year, drawing chefs from Chicago and beyond for a celebration of food and fellowship. “My food and restaurants are meant to bring people together,” Izard says. She extends that ethos with her 2018 cookbook “Gather & Graze: 120 Favorite Recipes for Tasty Good Times” (with Rachel Holtzman). “Food sparks conversation and helps people connect—that’s what I hope that my food communicates.”

7
Thai and Danielle Dang
Chefs
At HaiSous in Pilsen, Thai Dang is on a mission to show Chicagoans how varied Vietnamese food is. “I want to bring Vietnamese food to the forefront and elevate it,” he says. “Every restaurant has the same menu and does the same Vietnamese hits but Vietnamese food is so broad. The biggest compliment I receive is when old Vietnamese aunties come in and eat food and it reminds them of home, but they don’t understand how it’s made. That’s when I know I’ve done something great for Vietnamese food.” Another compliment would be the James Beard Award nomination for Best New Restaurant he received in February. He and his wife Danielle, who he calls his main support system, have focused on employing people from the Pilsen neighborhood and remaining respectful to the area’s history. “It’s my way of letting the community know who we are. When guests sit down, feel the vibe, are transformed and have a great experience, it’s so exciting. This is the American dream.” 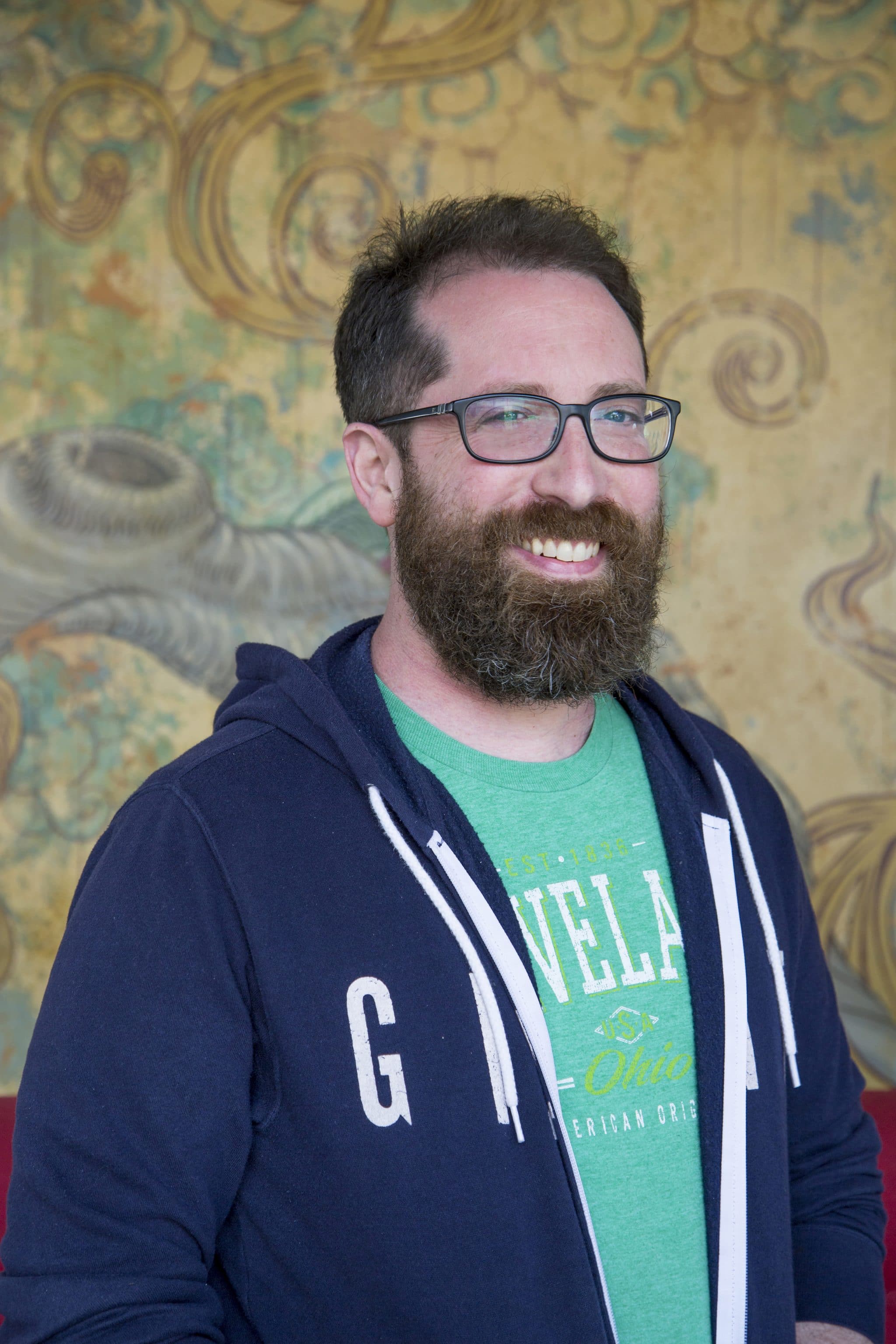 8
Jason Vincent
Chef
Jason Vincent opened Logan Square’s Giant in 2016, along with chef Ben Lustbader and general manager Josh Perlman. “For us, it’s all about the experience and that has a lot to do with treating people the right way,” Vincent says. “And I mean all people—from the dishwashers, to the cooks, to the servers, to the guests, and even to ourselves.” In late 2017, Vincent and team signed on as food and beverage partners at Ace Hotel, where they oversee all-day neighborhood restaurant City Mouse, along with banquets and room service. Vincent recently headed to San Francisco to learn more about their school programs with an eye toward implementing similar approaches in Chicago. “As a father and human, I see the need for healthy and affordable food for kids,” Vincent says. “If you have a voice, use it. Help your community, your country, and the world become a better place.”

9
Rick Bayless
Chef
Rick Bayless has long been a critical ingredient of the Chicago restaurant scene. His Frontera Grill, opened in 1986, established a culinary empire that includes a portfolio of restaurants, a line of packaged foods and a succession of cookbooks and critically-acclaimed television shows and podcasts. With his legacy set, Bayless still seeks challenge: “We’re on the neverending quest not just for relevance, but for freshness,” he says. “How do we keep things new after thirty years?” That quest comes with its fair share of highs—his fine-dining restaurant Topolobampo won the 2017 James Beard Award for Outstanding Restaurant—and lows—even after trying a second concept, his Fonda Frontera failed after three years in Wicker Park. But Bayless is nothing if not enterprising. In 2018, he adds a culinary training program to his repertoire and is in talks to follow up 2014’s “Cascabel,” his food-focused theatrical collaboration with Lookingglass Theatre Company. For Bayless, all the moving pieces create one thing: “Joy. I could go on and on, but that’s it: joy.”

10
Paul Kahan
Chef
“Look at how far we’ve come together. When we opened Blackbird twenty years ago, there weren’t many independent chefs and restaurateurs. If you look at what’s going on in this city today, it’s amazing,” says Paul Kahan, chef and partner at One Off Hospitality. “Chicago’s restaurants have a ton of soul and that’s thanks to the fact that we bring a Midwestern sensibility and hospitality to what we do. We need to continue to support these strong, independent businesses.” Kahan casts a long shadow in Chicago with establishments like The Publican, Big Star, Dove’s Luncheonette, Blackbird, Nico Osteria, Avec… Take an out-of-towner on a weeklong restaurant tour to Kahan-only restaurants and they might never suspect the same group was behind them. “We prefer to do things on our own terms and treat each concept as if it might be our last,” Kahan says. Later this year, Wrigleyville gets its own Big Star, and will be partnering with Underscore Hospitality to open the California cuisine-centered Pacific Standard Time in River North.