11
Iliana Regan
Chef
Iliana Regan has carved out her own spot as the “new gatherer,” creating cuisine that respects and elevates traditional methods and flavors of her Midwestern roots. Regan manages her two restaurants—Michelin-starred farm-to-table Elizabeth and Japanese-Midwestern pub Kitsune—as well as a burgeoning edibles business, a memoir and a cooking school program. That’s not even counting projects she and her wife have left behind. “It’s a big learning curve,” she says, “deciding what to do to maintain your business and your personal life.” Keeping her restaurants thriving in Chicago’s manic dining scene is key. “The boom-and-bust cycle for restaurants in this city makes it really hard for small businesses to survive,” Regan laments. Still, her unique mix of pragmatism and creativity prove time and again that she has brought something special to Chicago. 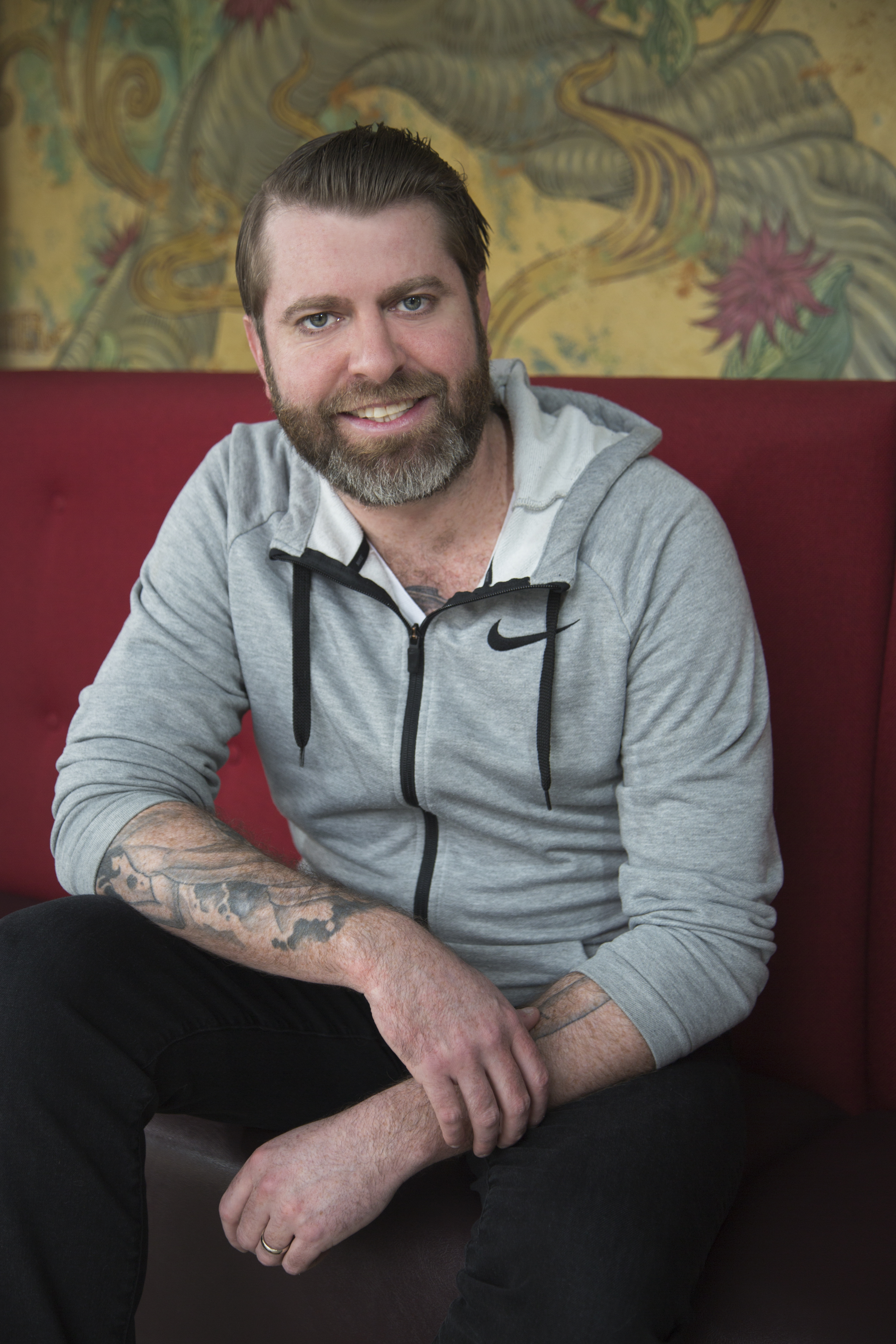 12
Andrew Brochu
Chef
Roister is a boisterous place with a mixed crowd, and that eclectic group is addressed by Andrew Brochu, who says “the thought behind the food at Roister is to take culinary techniques and flavors from all cultures and make delicious bold dishes that are interesting for the foodie world and approachable for the everyday neighborhood diner.” His most successful dish at Roister, he tells us, is “definitely the chicken and chamomile. The chicken is butchered and each part is brined and prepared a certain way, the thighs in buttermilk and the breast in chamomile.” The legs and wings go into chicken salad. “I’ve spent time in many different restaurants over twenty years, and I apply something from that experience every day.” So far, it’s been working out: in 2017, Brochu was named Jean Banchet Chef of the Year; for 2018, he was named a James Beard semifinalist for Best Chef: Great Lakes. 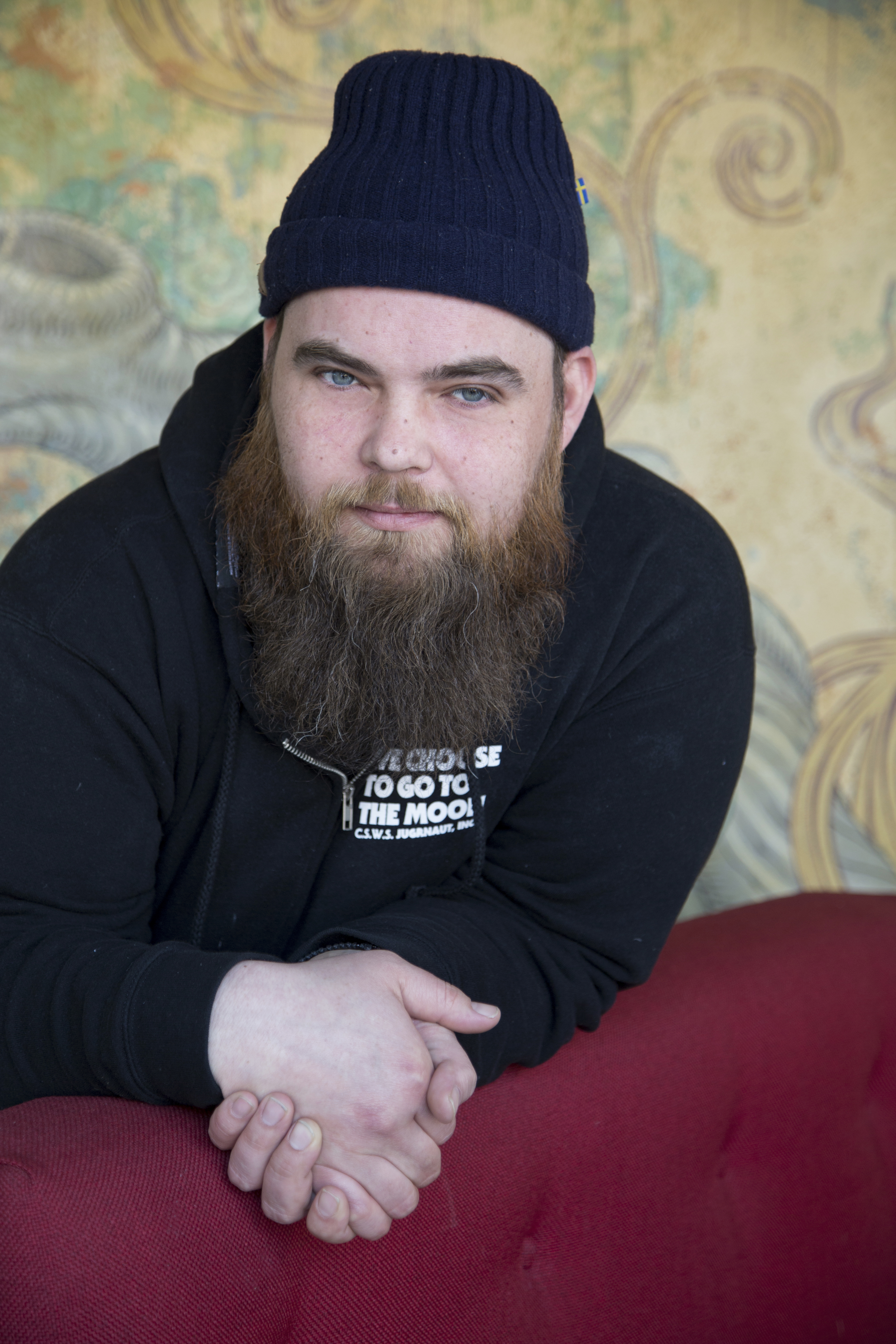 13
Brian Fisher
Chef
Brian Fisher left his post as chef de cuisine at Schwa, the Michelin-starred hole-in-the-wall on Ashland Avenue in 2016. “I’d been there for so long, I didn’t really know who I was as a cook not being there,” he says. It didn’t take him long to figure it out. A few months later, he was in charge of the “Saved by the Bell” pop-up, which launched a second location in L.A. in March, where Fisher will consult. That same year, Fisher opened Entente, an ingredient-driven and affordable fine dining restaurant on a stretch of Lincoln Avenue in Lakeview. It earned a Michelin star in its first year. (“I cried for like three days. Maybe like a day.”) And it made Fisher a nominee for Rising Chef of the Year in the 2018 Jean Banchet Awards. What’s next? “We haven’t even hit the one-and-a-half year back yet. We’re just a baby. Who knows what we can do in Lakeview?” One thing is for sure: Fisher thrives on pushing himself—and is humble in the process: “Whoa, I made the list? I’m flattered.”

14
Zoe Schor
Chef
“My cooking is meant to evoke nostalgia,” says Zoe Schor of West Town’s Split-Rail. “Our restaurant specializes in recreating classic American comfort food, and our hope is always to put a new spin on flavors you’ve had before.” Split-Rail’s “loaded baked potato gnocchi has all the flavors of the classic but served with light potato gnocchi instead of a heavy potato.” You remember chicken and rice, of course; Schor says, “One of the newest menu items is a chicken and rice dish inspired by my grandpa Walter, who made a simple baked chicken and rice dish that I loved as a child. Our version is a little bit more complex, with dirty risotto in place of the simple baked rice, but for me, it carries all the nostalgia of my grandfather’s dish.” There’s comfort in the classics, especially when served with a contemporary twist.

15
Bruce Sherman
Chef
Bruce Sherman has been lauded for his farm-to-table French-American cuisine at Michelin-starred North Pond since 1999. Sherman aims to “provide an exceptional experience,” supported by “an inclusive environment for the staff to practice, refine and grow their personal and professional skills.” Sherman plans to refresh the entire restaurant across the coming year, to “celebrate and toast to the next twenty years.” At the 2008 Chicago Taste of the Nation event, Share Our Strength named Sherman “Most Sustainable Chef.” That same year he accepted, and continues to hold, the position of national board chair of Chefs Collaborative. Sherman hopes others in the Chicago food community recognize how they can create social change and community consciousness. Sherman created and executed the Solidarity Soup campaign in 2017, in which contributions for immigrants rights channeled funds into organizations doing “the really important work.”

16
Beverly Kim and Johnny Clark
Chefs
Your typical neighborhood restaurant doesn’t come with a Michelin star, but Beverly Kim and Johnny Clark want Parachute, their acclaimed Korean-American restaurant, to be closer to a local gem than a flashy fine dining destination. “I think we’ve redefined what a mom-and-pop place is,” says Clark. “We can still push the envelope with fewer resources. Being an independent restaurant in Chicago makes the experience special—one of a kind,” explains Kim. They use that independence to be ambassadors for flavors and perspectives: “We try to be a gateway,” Kim says. “We make food that’s approachable, comfortable and delicious, but that also opens people to new ingredients or flavors.”

17
Carrie Nahabedian
Chef
Carrie Nahabedian has watched the River North neighborhood evolve for eighteen years, and her restaurants Naha and Brindille have been an instrumental part of that transformation. Nahabedian has shaped her career by the credo “everything should be an experience,” and diners have reaped the benefits. Her presence extends well beyond a single neighborhood. Nahabedian is a matriarch of the Chicago food community and has provided mentorship and advice to young chefs, offered her voice as the #MeToo movement reached the restaurant industry, and has consistently supported blossoming independent businesses. Strengthening the community is her overarching goal. “I’m happy to be a leader,” she says, “but I’m just one of many. I’ve achieved what I’ve wanted to achieve in my career, so now I want to help others do the same.” Nahabedian recently announced plans to close Naha at the end of March, with the intention of reopening in an undisclosed location in the fall. 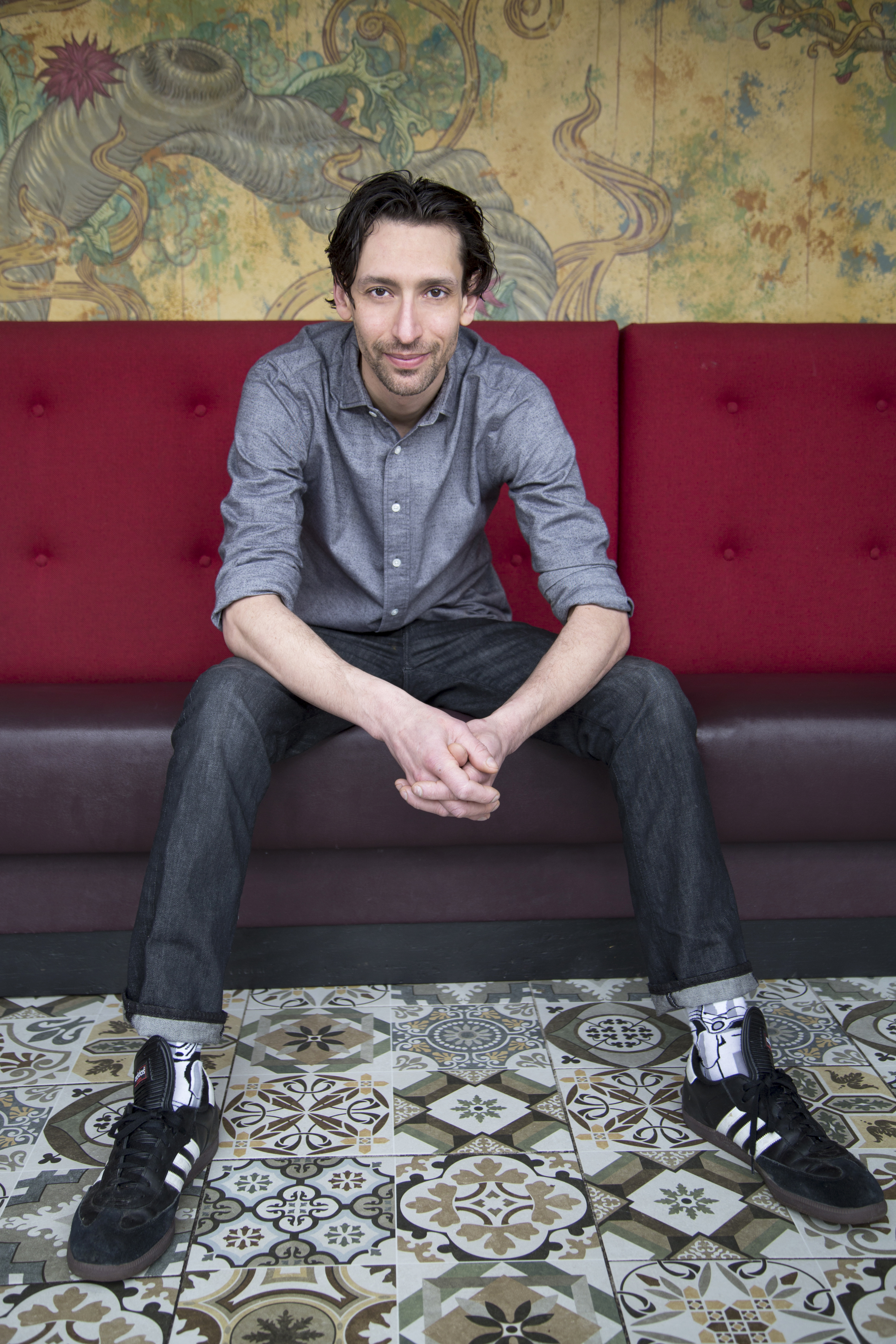 18
Abe Conlon
Chef
When Fat Rice opened, it was exciting to have a restaurant in Chicago serving the food of Macao, a blended culinary tradition overlooked by Chicago chefs. “We started out with Macanese cuisine, showing how Portuguese and Chinese come together,” Abe Conlon says. “We wanted to locate the building blocks of that cuisine. Now we’re looking at places like Brazil and the Malaysian communities. For instance, we’re doing a traditional chickpea stew. When this dish is made in Portugal, you’d find chorizo, salt cod, potatoes and carrots, but in Brazil, you’d get African influences, so you’d find coconut milk, palm oil, a little chili pepper, green banana and yucca root. Fat Rice is going beyond Macao.” It promises to be a delicious trip.

19
Tony Mantuano
Chef
Getting Chicagoans to love authentic Italian food isn’t hard, but try doing it at the level that Tony Mantuano supplies across so many projects. In addition to chef and partner roles at Spiaggia, River Roast and Terzo Piano, Mantuano is involved in partnerships with Disney in Orlando and, until earlier this year, a restaurant in his Kenosha hometown. This year, he’s opening another spot in a Disney theme park (Terralina Crafted Italian in Disney Springs) as well as a baseball-themed restaurant in collaboration with Cubs manager Joe Maddon. He’s also cooking, tasting and penning his way through another cookbook with wife and author Cathy Mantuano. “What about cooking gives me joy?” he asks. “Working with such passionate young professionals and reproducing flavors from when I worked in Italy and from my grandma’s cooking.”

20
Jason Hammel
Chef
Underneath the flavors, the plating and the service, food is about connection. That’s the fundamental quality behind Jason Hammel’s work. Chef at the long-lauded Lula Cafe, which turns twenty next year, Hammel says his role is evolving from DIY outsider to empathetic cultivator and recent projects reflect that. Pilot Light, the nonprofit he co-founded, hopes to instill a connection with nourishment early in a child’s life through food-based curriculum development for elementary school students. Marisol, his new restaurant in the Museum of Contemporary Art, invites diners to connect the dots between food, art and design. “I want to communicate that our relationship to food can be as deep and transformative as a story or a song,” Hammel says, “even though the food itself is fleeting.”