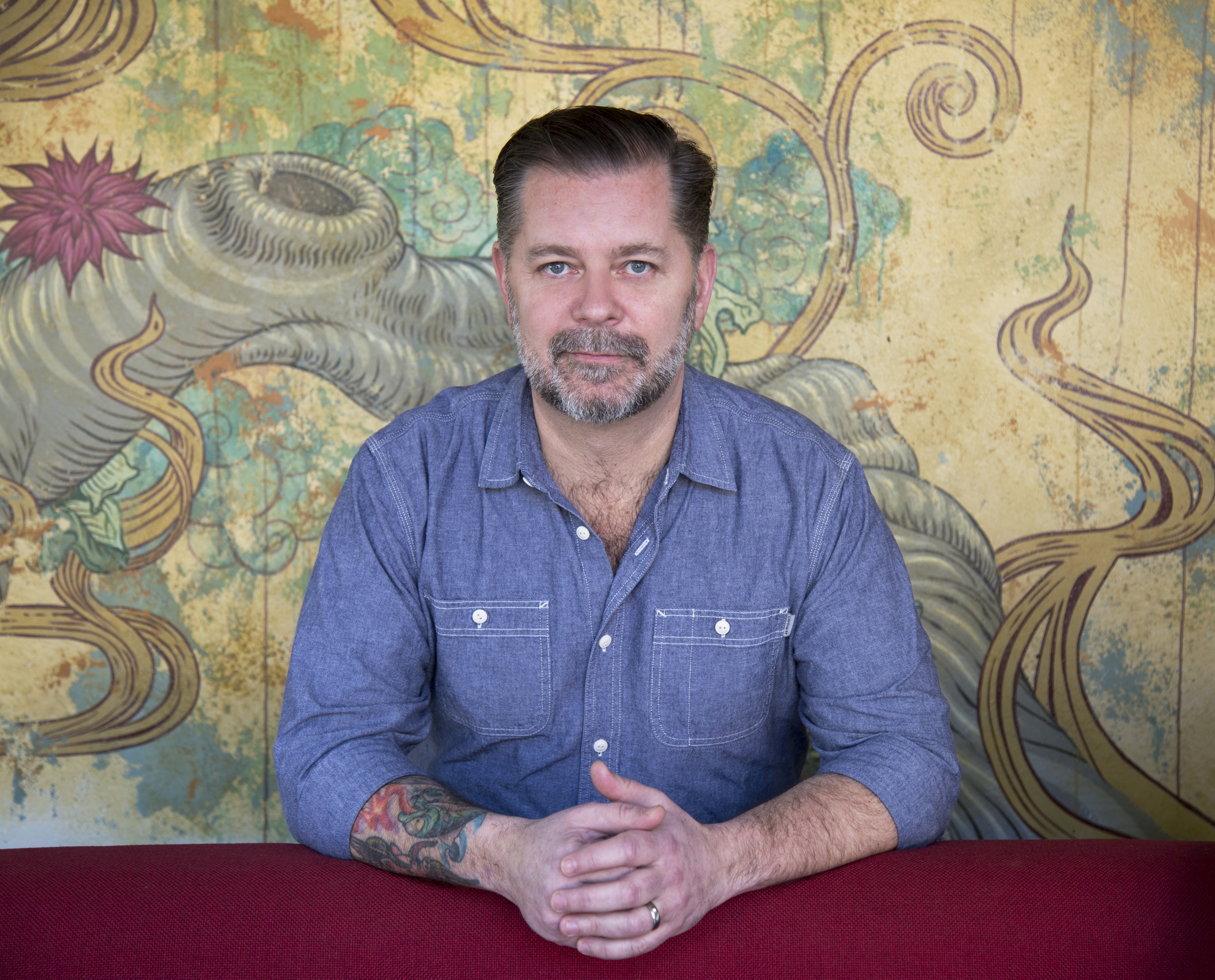 21
John Manion
Chef
John Manion lamented in these pages a while back that rising rents might force him to relocate La Sirena Clandestina, a Fulton Market mainstay for years. He assures us now that “La Sirena feels like part of the fabric of the West Loop, so of course we would want to keep it there.” He’s also cooking at El Che Bar, his “other place,” and says he’s “very enthusiastic” about opening a place in Berwyn. “My wife and I live in South Berwyn and I’m completely taken by the possibilities. I’d love to do something in Berwyn’s Depot District. It feels a lot like what Chicago neighborhoods used to be like twenty-five years ago. The town has good bones and huge untapped potential.” In addition to his two restaurants, he says, “I’m working on a little concept that’s really close to my heart: building grills and other live-fire equipment.” Tending the flames on the parrilla at El Che Bar has clearly had an impact. 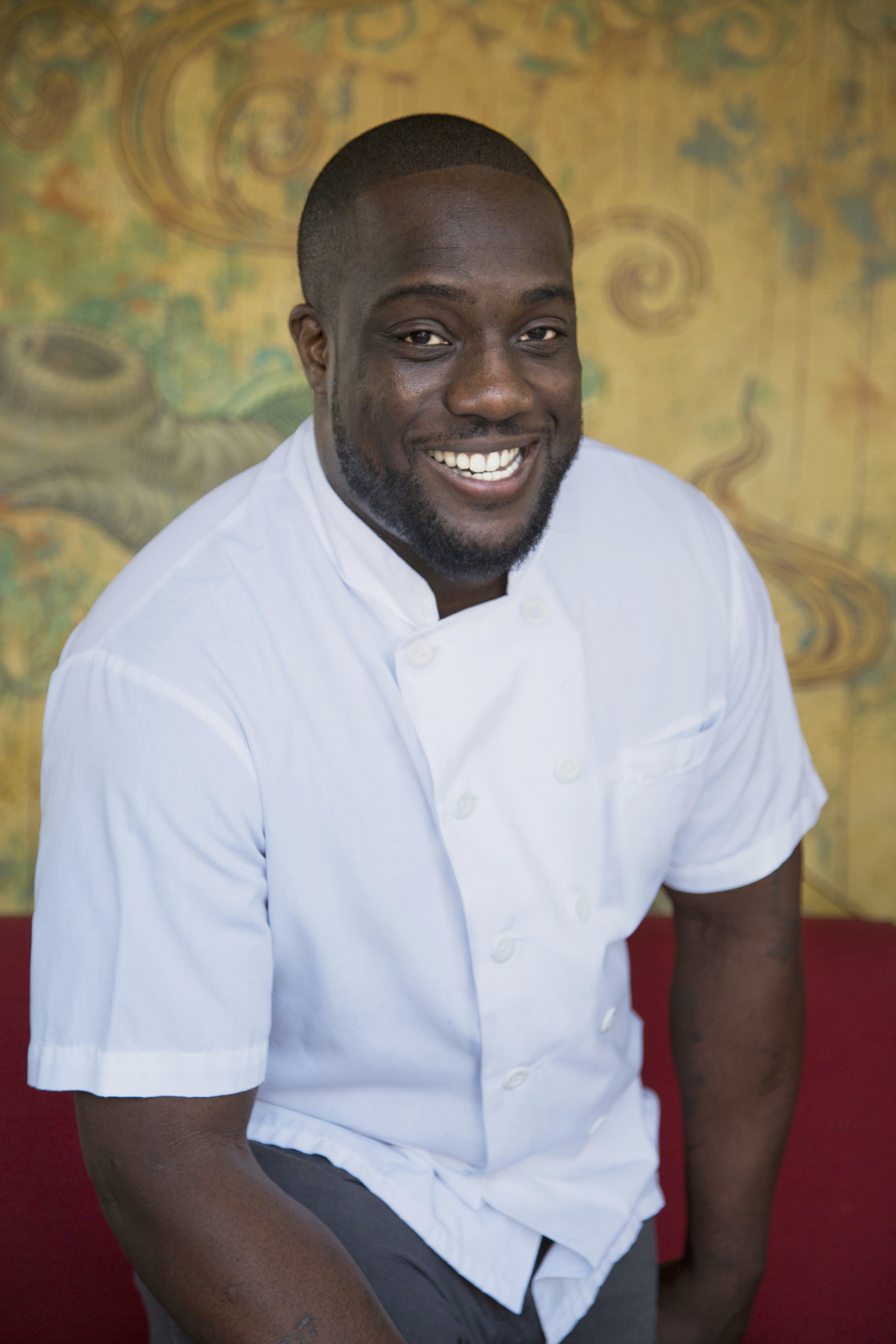 22
Ian Davis
Chef
A broken hand in the ring forced chef Ian Davis to give up dreams of professional boxing. But for fortunate Chicago eaters, the executive chef of Band of Bohemia landed in the kitchen, where he found another like-minded tribe. Davis worked in top restaurants around the world—the now-closed Michelin-starred Foliage at the Mandarin Oriental Hyde Park in London, Blackbird and Tru in Chicago, Momofuku in New York—before joining the team to head Band of Bohemia in Ravenswood. Unlike previous stints, Davis had to craft a menu around beer—an approach he admits is “ass-backwards.” But the constraints and his competitive nature landed his team a Michelin star in its very first year. And he isn’t slowing down. “We’re coming,” he says. “People think just because we’re a brewpub that we’re some quirky little thing that’s going to go away in a year or two. No. We’re here to stay.”

23
Noah Sandoval
Chef
After time in the kitchen at Michelin-starred Senza, Noah Sandoval has gotten raves at Oriole. The restaurant received an out-of-the-gate four-star rating from Phil Vettel in the Tribune and the chef himself scored a spot on the Food & Wine 2017 Best New Chefs list. “The dish that most represents what I’m trying to achieve in the kitchen would probably be the Alaskan King Crab,” Sandoval says. “It’s focused on being a perfect bite, simple with a deep concentrated flavor profile. It’s what I try to produce in every course.” Like many leaders of new American cuisine, Sandoval is open to multiple influences and acknowledges that some of his favorite foods are from Southeast Asia: “Hands down, Vietnamese food makes me happiest. I recently had a very talented Vietnamese cook work in my kitchen. She opened my eyes to things outside of pho.” 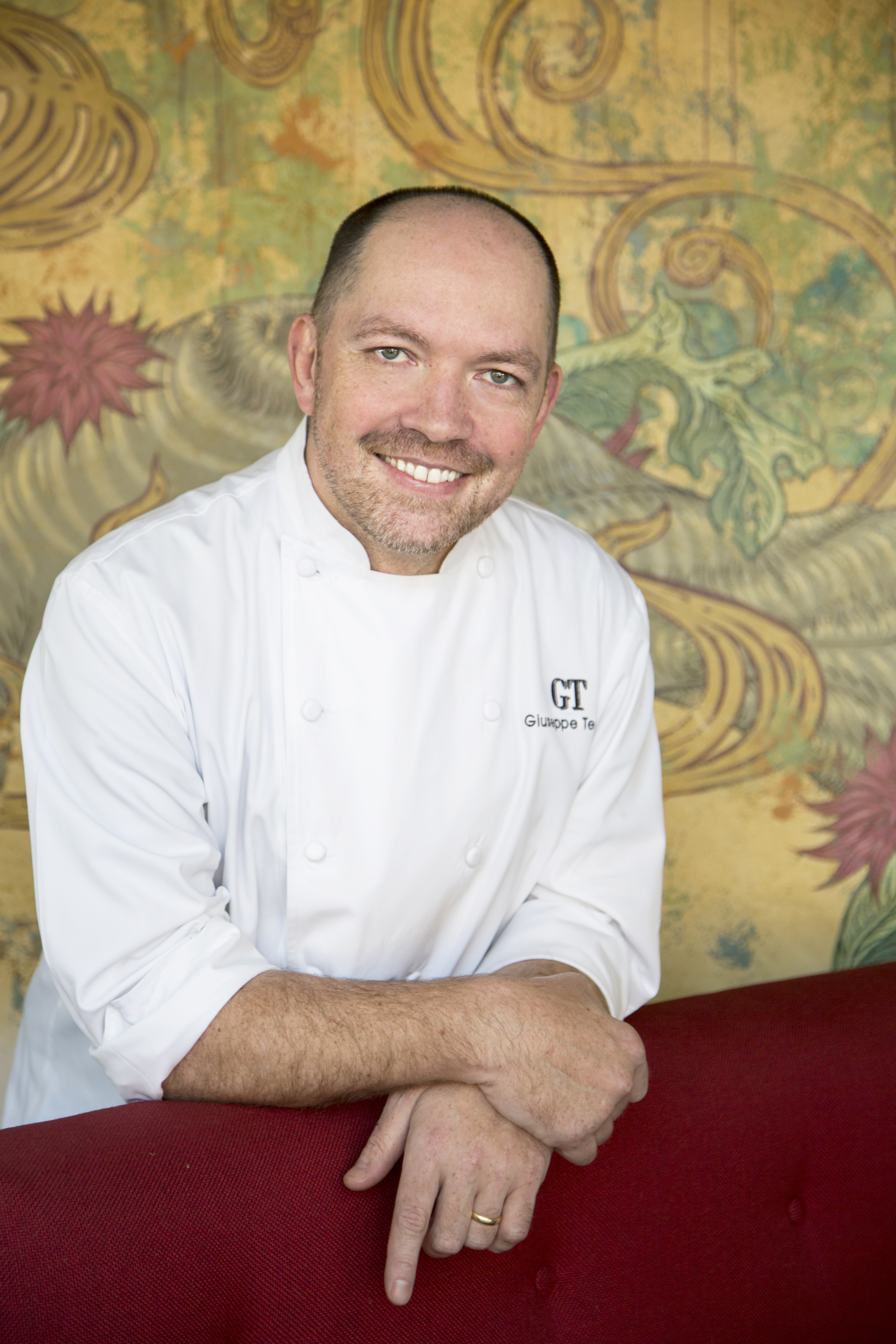 24
Giuseppe Tentori
Chef
Giuseppe Tentori does not shy away from a challenge. Whether executing a 2,200-person event as the executive chef of Boka Catering Group, meeting the voracious demand for oysters at GT Fish & Oyster or flipping the steakhouse script at GT Prime, Tentori always has a full plate. “My job is not boring,” says Tentori with understatement. “That’s the beauty of my profession—it’s full of challenge, and I love it.” Despite what may be happening in the back of the house, Tentori makes dining simply enjoyable for guests. He’s not looking to be puzzling, complex or to go after trends. “I don’t want to be fancy, fine dining,” he says. “It’s just simple food, cooked properly, with that ‘wow’ factor when you put it in your mouth.” And Tentori’s formula works remarkably well. 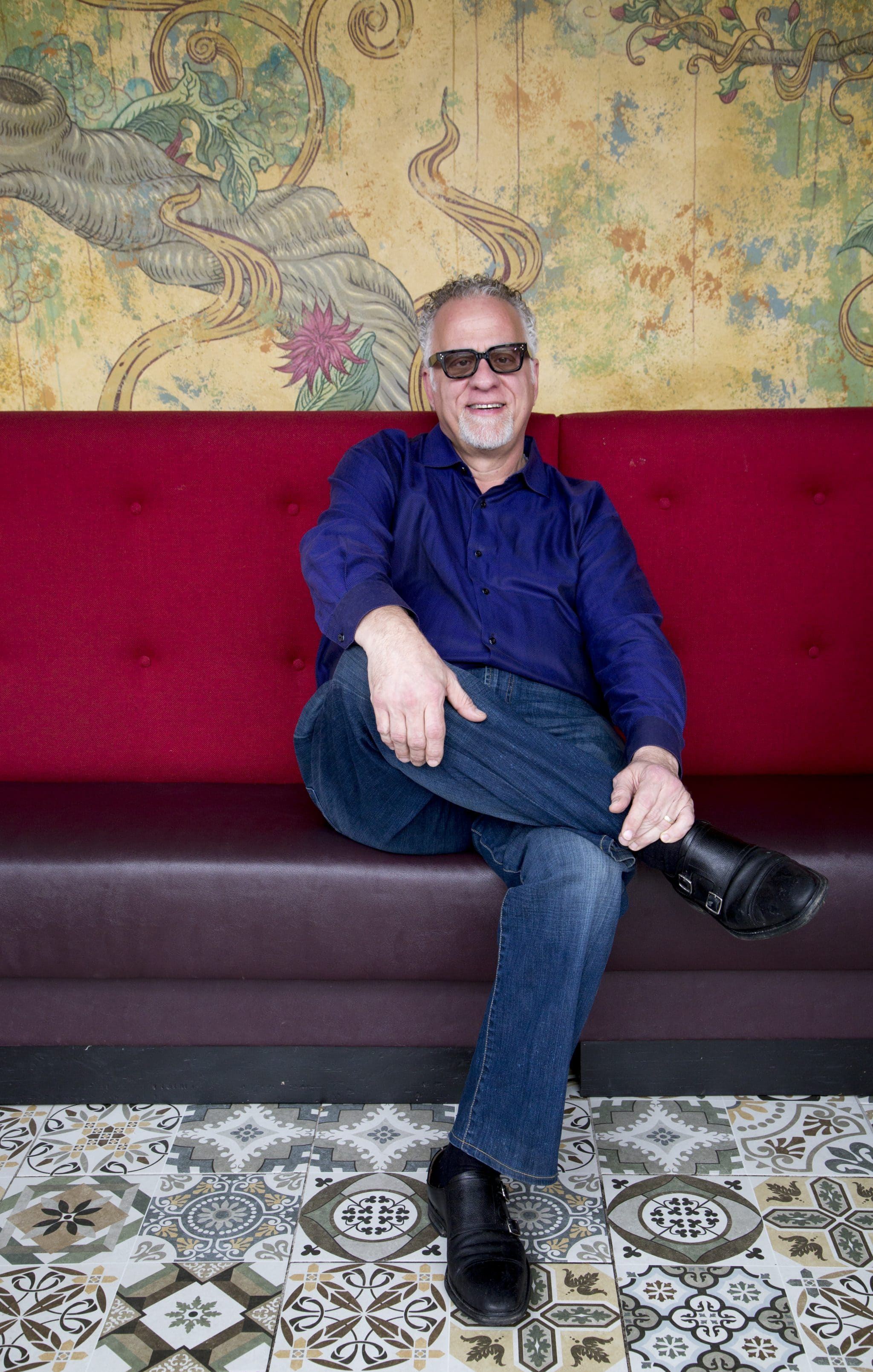 25
Jimmy Bannos Sr. and Jimmy Bannos Jr.
Chefs
Third and fourth-generation restaurateurs respectively, Jimmy Bannos, Sr. and Jimmy Bannos, Jr. are all about legacy, and run on pure passion for the industry. “I’m excited to go to work every single day. That has not diminished,” Bannos senior says. That’s impressive commitment when you consider that his New Orleans-inspired Heaven on Seven is cruising into its thirty-eighth year of operation as a family operation in the same space. Bannos, Jr.’s The Purple Pig, recognized with a Michelin Bib Gourmand, is now in its ninth year, displaying impressive longevity in Chicago’s restaurant scene. Their secret to success lies in a mutual need to keep reaching for more. “What keeps me obsessed is the creative drive, that push to just keep going,” Bannos, Jr. says. Both chefs are always eager to evolve, demonstrating a willingness to take risks that draws in new audiences. Their most recent concept, Piggy Smalls, will bring the family business into the fast-casual domain. 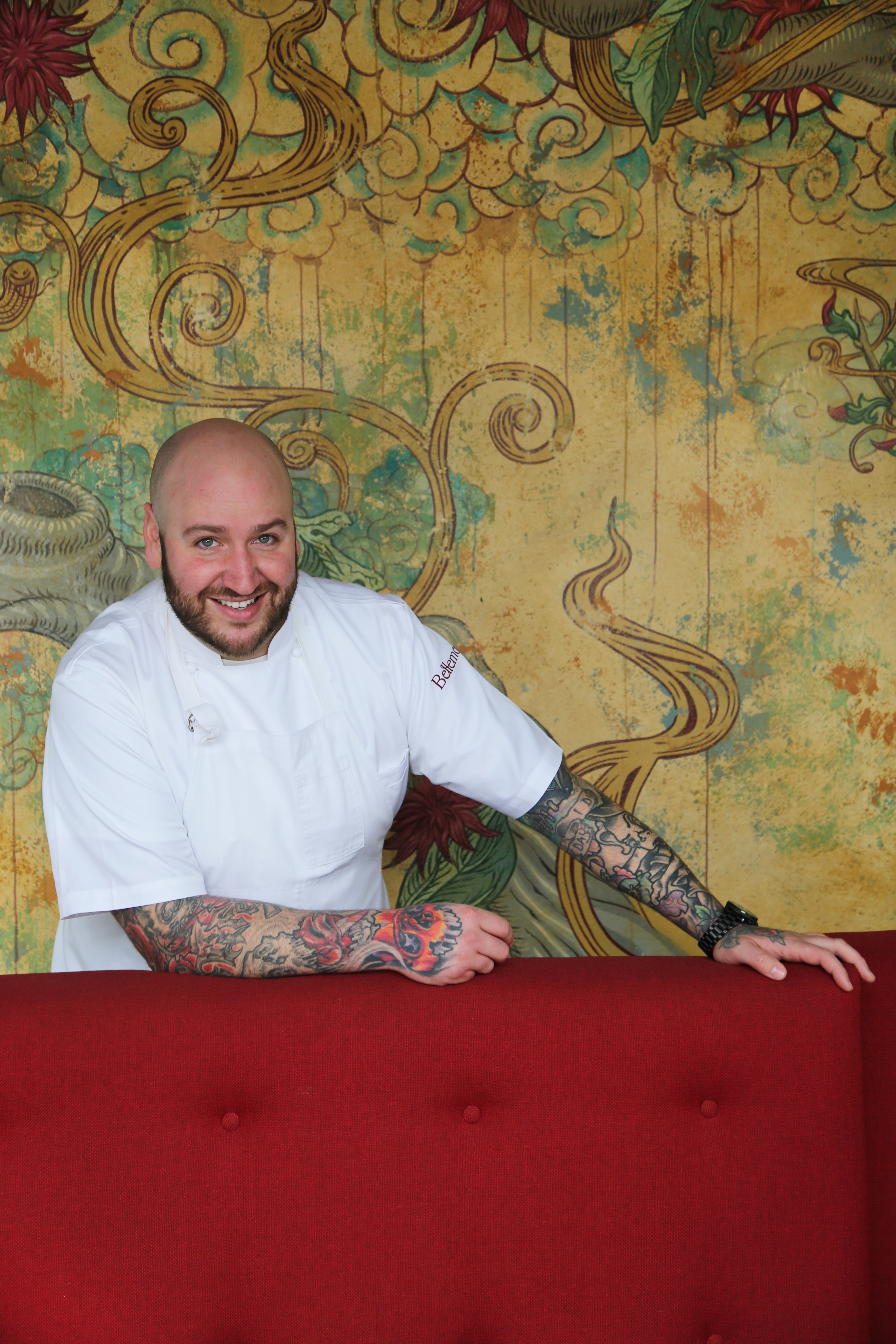 26
Jimmy Papadopoulos
Chef
Before Jimmy Papadopoulos was hired at Bellemore, his oyster pie was “the first bite of my cooking that Kevin and Rob [Boehm and Katz, owners of Boka Restaurant Group] ever tasted. That first impression had to capture who I am as a chef. It had to showcase finesse, style, playfulness, but also pristine product, intellect, technique and execution. So, I began sketching how a combination of oysters and caviar would translate from my head to the initial bite of food.” At Bohemian House, Papadopoulos admits he “had never cooked Eastern European food before, but ultimately found out how to make it work: I interrupted the standard ‘pork-cabbage-potato’ routine with a sense of playfulness. Now at Bellemore, I’m entirely free to cook with no constraints in a big beautiful, bustling hospitality-driven artistic American restaurant. I genuinely love the everyday grind.” 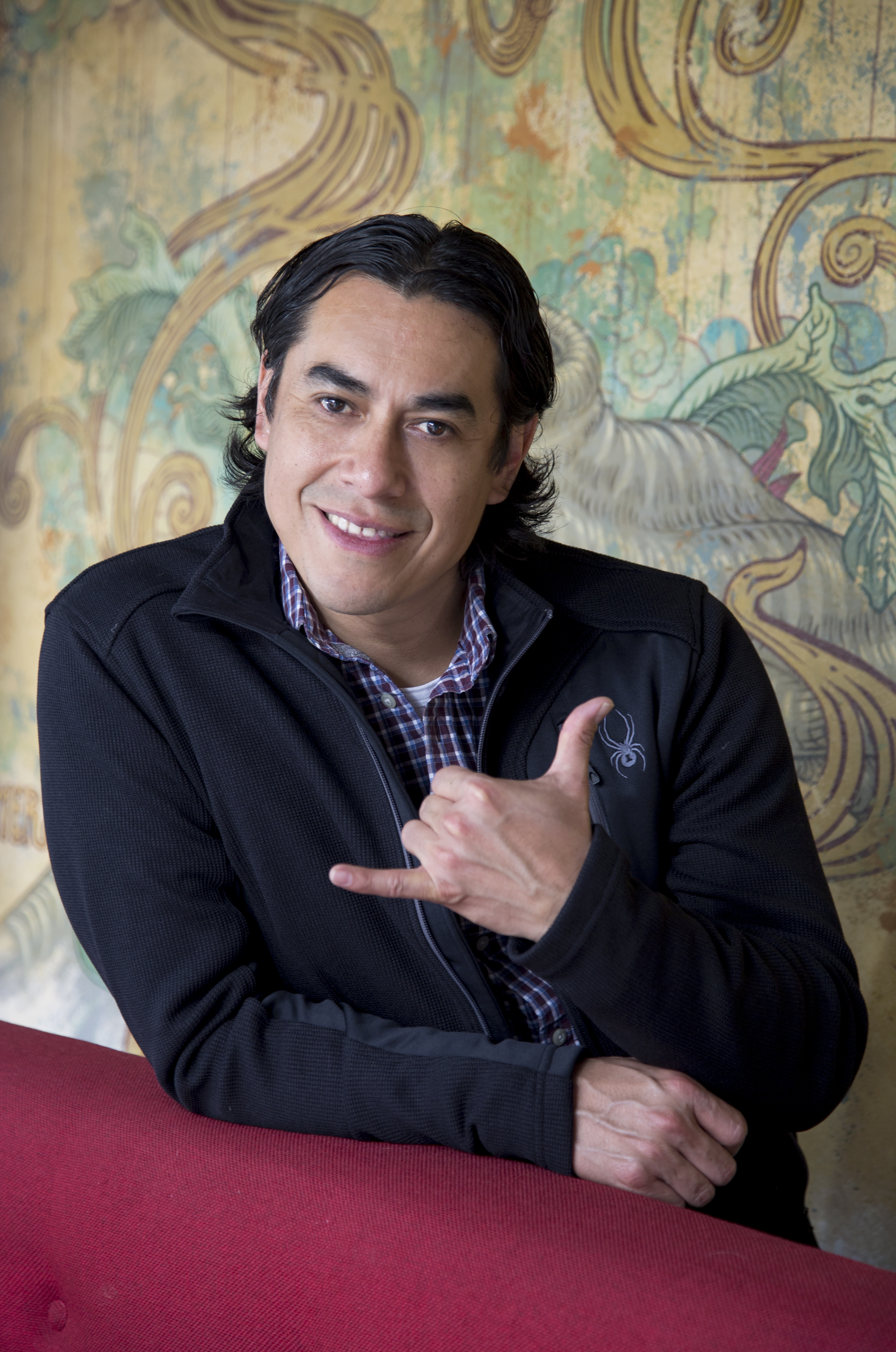 27
Carlos Gaytán
Chef
Mexique is chef Carlos Gaytán’s Michelin-starred West Town restaurant where, for almost a decade, he’s been serving his Franco-Mexican cuisine. Gaytán says that the dish that he feels best represents his culinary approach is “the pork belly braised using French techniques, with homemade mole,” a clear example of the cultural marriage of his dishes. Gaytán opened Restaurant Ha, one of ten at Hotel Xcaret México in Riviera Maya, in late 2017, a luxe and very different venue from his Chicago brick storefront. “It’s going much better than expected,” says Gaytán.

28
Sarah Rinkavage
Chef
Chicago is one of those cities where the phrase “museum food” isn’t a pejorative. Thanks to chef de cuisine Sarah Rinkavage, the Museum of Contemporary Art at last has a modern restaurant to match its boundary-pushing exhibitions. Marisol was her first experience opening a restaurant and the goal now, she says, is to make the work of her team sustainable. “This year is about creating a vibrant kitchen and front of house team, supported and excited to come to work each day. Creating new ways to get everyone involved in the menu is a big goal of mine.” Rinkavage is thrilled to produce food in a city as large and well-regarded as Chicago. “I believe we all need to work together to take pride in what we have created here.” Rinkavage was a semifinalist for the James Beard Rising Star Chef of the Year.

29
Paul Fehribach
Chef
Ten years since opening Big Jones, executive chef and co-owner Paul Fehribach has not budged from what made his fried chicken memorable, his staff sweet and his outlook pragmatic. He laments what he sees as some restaurants’ stumbling commitment to quality, despite marketing language proclaiming the opposite, but he does recognize the strain that increased costs can exert on a chef and his restaurants. Old cookbooks continue to inspire him, along with African and Southeast Asian cooking. Rather than open a second location, Fehribach opted to improve his first restaurant for its second decade of deeply rooted, historic Southern cooking. “Being true to ingredients also requires a high commitment to technique,” he says. “Aiming high is a labor of love. Make it truly personal, unique and compelling. Your audience will find you.” (Fehribach was a semifinalist for the James Beard Best Chef: Great Lakes for the sixth year in a row.) 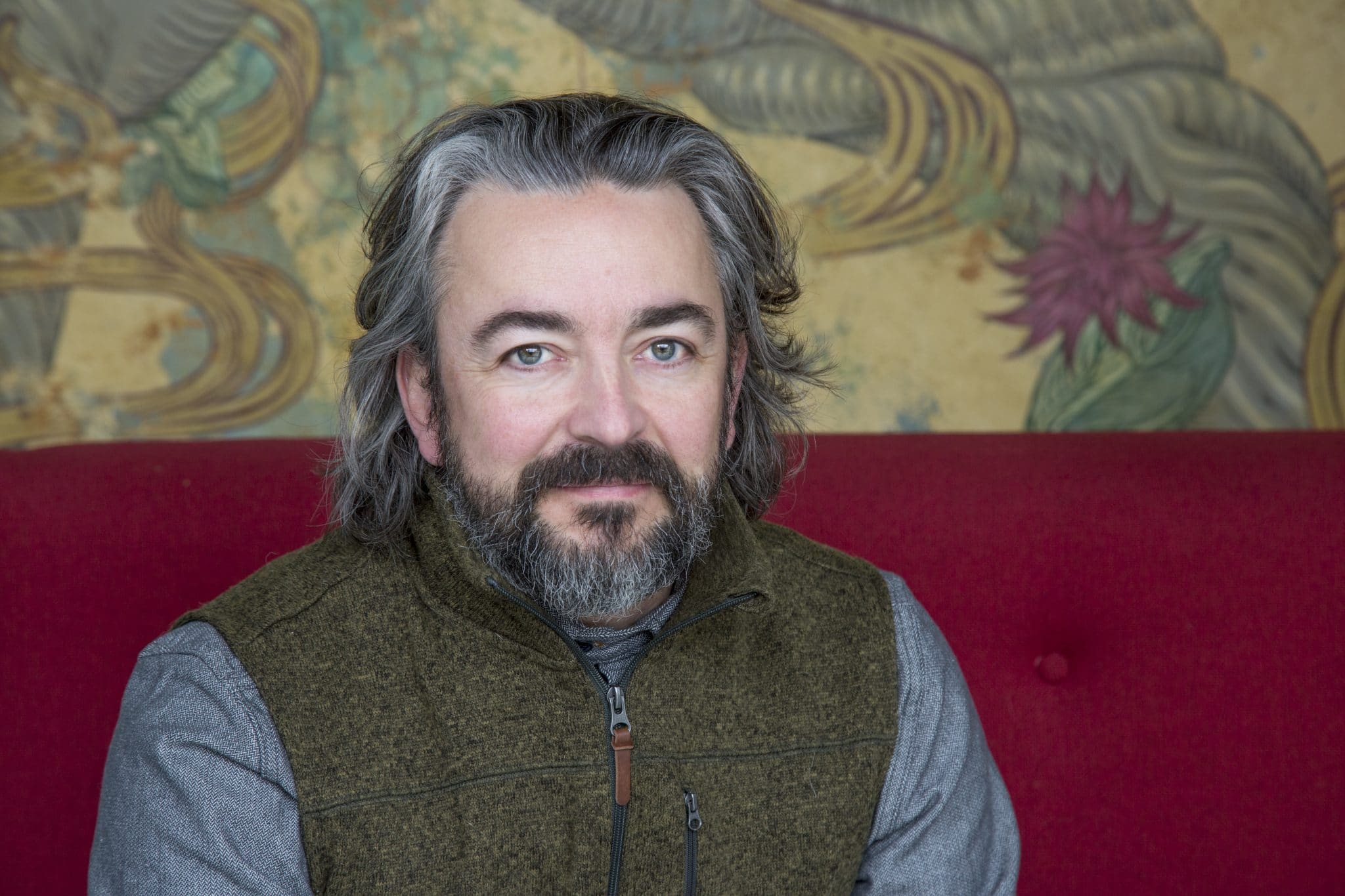 30
Matthias Merges
Chef
Gideon Sweet, Billy Sunday, A10, Lucky Dorr and, soon, Mordecai—all cool names and restaurants of Matthias Merges. After almost fifteen years with Charlie Trotter, Merges opened his own places, carrying on principles instilled at Trotter’s: “I’ve always had a deep respect for the products we use and the craft, whether it’s a perfectly marinated fillet of mackerel or a hamburger with summer tomatoes and garden greens: respect the product, handle it with care, deliver it with passion.” Named after an heirloom apple and presented in partnership with chef Graham Elliot Bowles, Gideon Sweet is a place that Merges says gives him “free reign to explore cultures and products that inspire me and add meaning to my exploration of cuisine and food culture. The dishes that represent what I’m trying to do in the kitchen are pomelo salad with Thai dressing, cashews and mint, and warm king crab with sea urchin and smoked roe.”