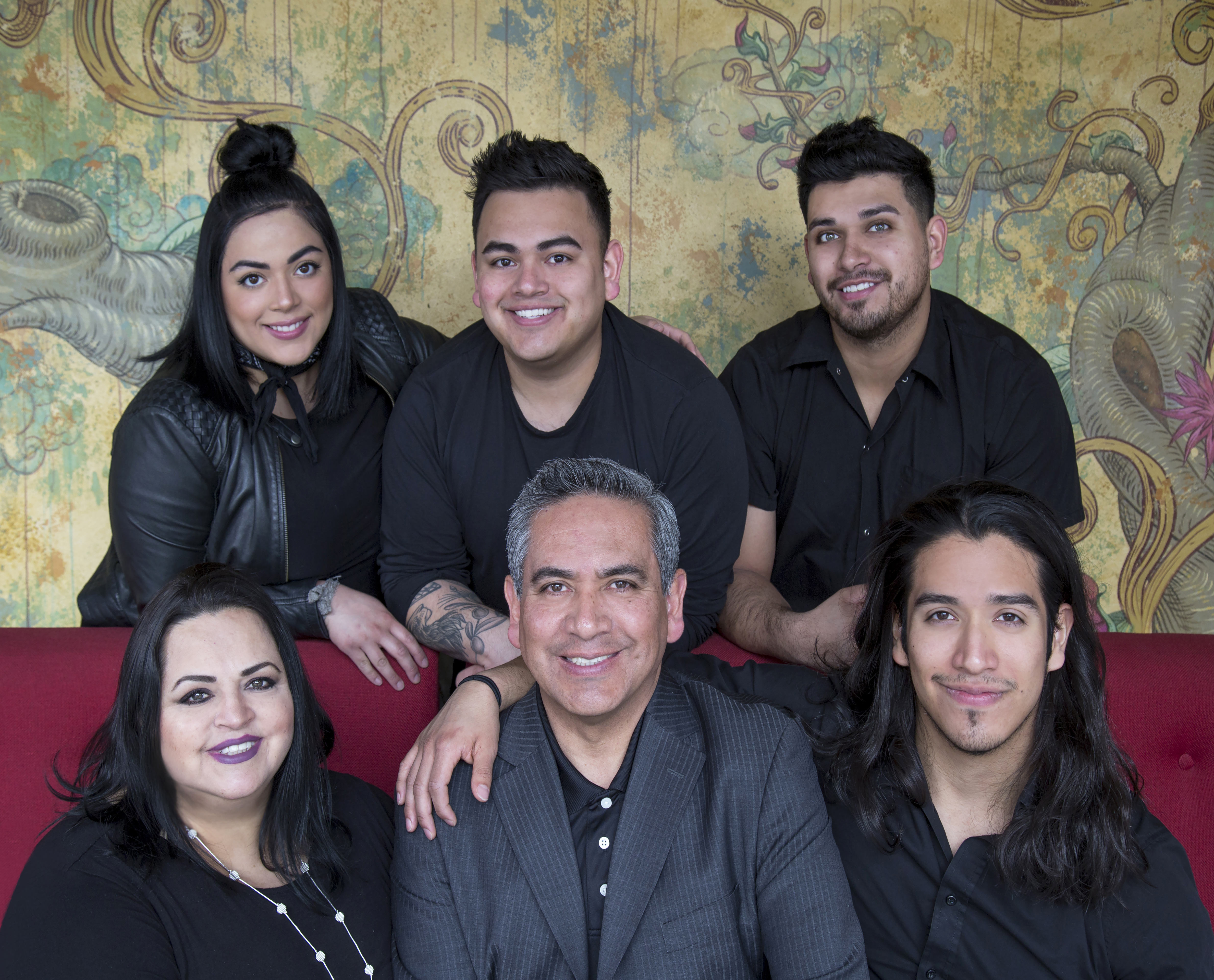 31
The Zaragoza Family
Chefs
Almost forty percent of the customers at Birrieria Zaragoza are from their Southwest Side neighborhood, says Norma Zaragoza, the wife and mom in a family-run restaurant that specializes in some of the best goat you’ll find in Chicago. Though many of their locals share the Mexican heritage of their cuisine, Norma and her family’s birria has universal appeal. “Customers have told us that our birria transports them to their original country, regardless if it’s the Philippines, Mexico, [a country in] Africa or Greece, because it reminds them of a food back home. Customers have told us that we make them feel as if they were part of our family.” That family feel is a big part of the experience of Birrieria Zaragoza, and Norma loves that: her greatest satisfaction is getting “a chance to work with the family and watching people savoring a traditional Mexican dish with their families.” 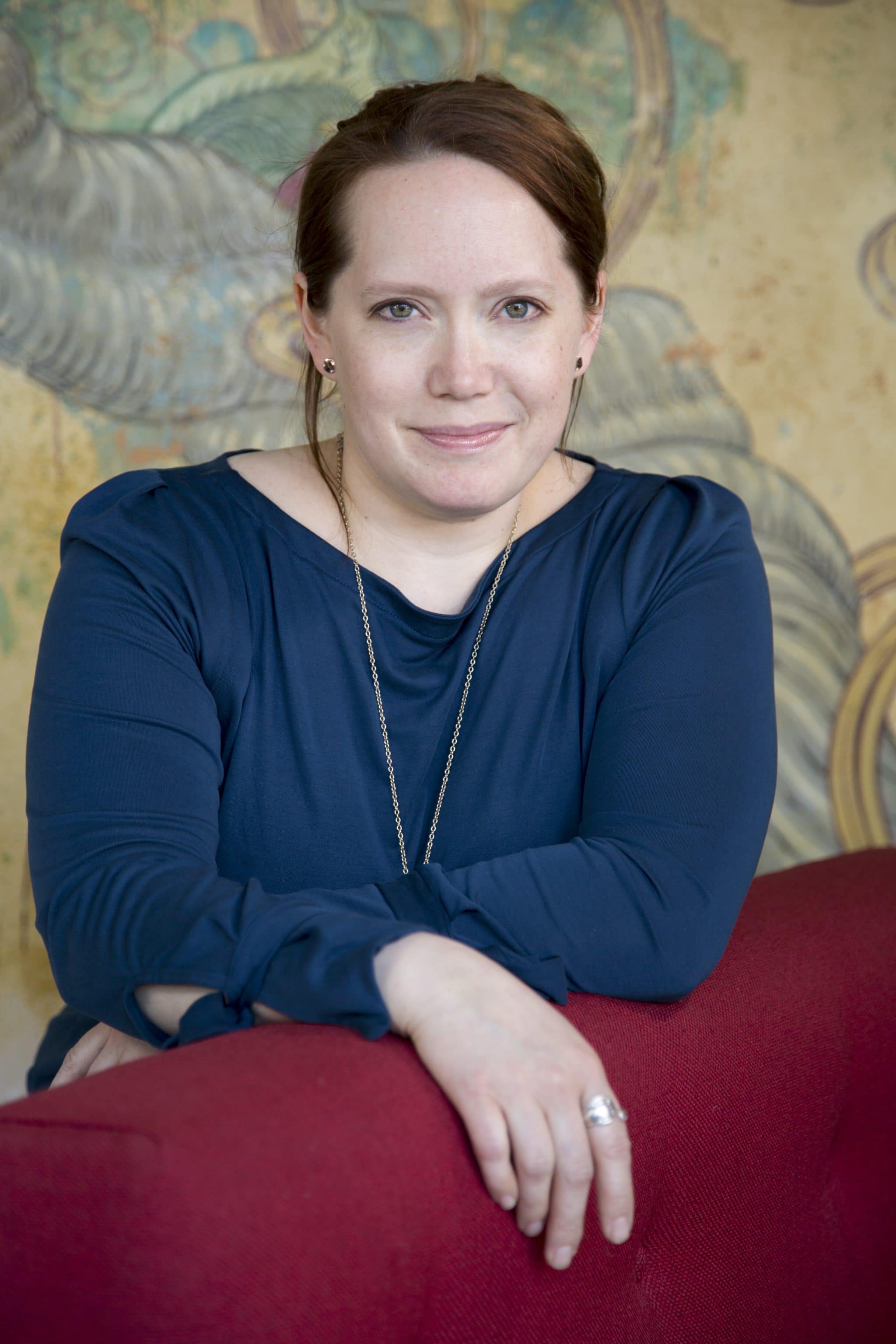 32
Meg Galus
Pastry Chef
Meg Galus, executive pastry chef of Boka and Somerset, is a culinary chameleon, crafting thoughtful desserts that blend seamlessly with each restaurant’s style. If there is a commonality between her creations, it’s a desire to delight. “Before it’s interesting or innovative, it has to be delicious,” she says. Drawing inspiration from her Midwestern roots and French training, she excels at well-executed desserts that feel “easy,” as she puts it—even if the flavors are complex, the enjoyment is uncomplicated. “I like doing desserts because they make diners feel good, and it’s very special to be a part of that.” 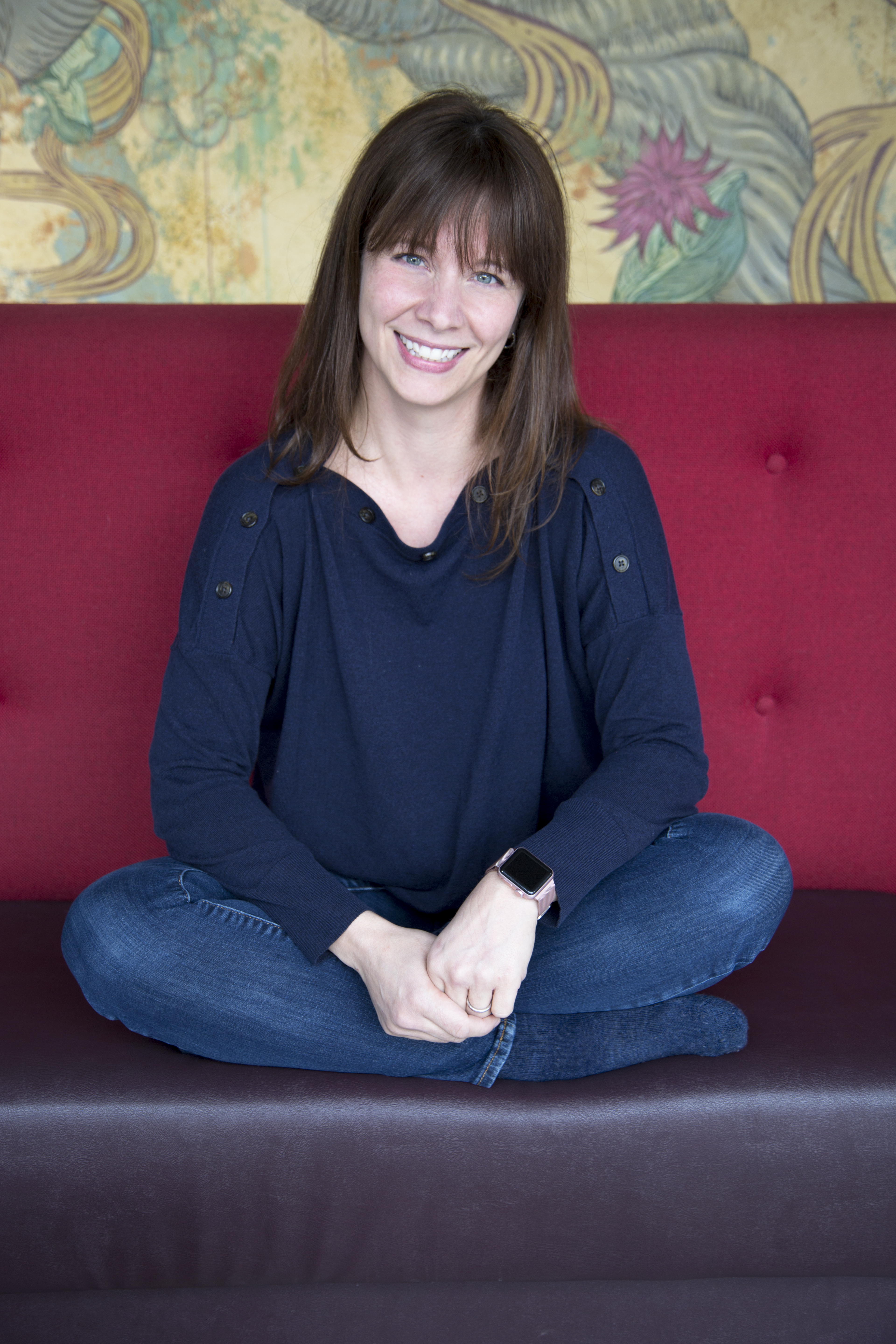 33
Sandra Holl
Baker
Sandra Holl of Floriole says the croissant best represents what she’s trying to achieve: “It’s one of those things that’s somewhere between bread and pastry. It’s a thorn in my side, and it’s different every day. Some days it’s better than others; it really depends on the temperature, the fermentation, so it’s a constant struggle.” What makes a good croissant? “A big mess,” says Holl. “When you bite into it, there should be flakes everywhere, it should crumble. You should find crumbs all day long. That’s success.” Another satisfying success for Holl is working with young folks at Floriole, “because it’s a fun part of their lives, and I like being a stepping stone to where they’re going next.”

34
Lee Wolen
Chef
At Somerset, Lee Wolen says that all he’s trying to do is make “food people like to eat.” Exhibit A: “Our whole roasted chicken, because who doesn’t like chicken? It’s an elevated preparation, with garlic sausage stuffed beneath the chicken skin and served with polenta and delicata squash, but at the end of the day it has really familiar flavors.” Somerset is a new restaurant from the Boka Restaurant Group, in the habit of opening successful chef-driven restaurants. Wolen explains, however, that Boka’s Kevin Boehm and Rob Katz “don’t just hire chefs: they really partner with us to create the best restaurants possible and allow us the creative freedom to put our best foot forward.”

35
Gregory Wade
Baker
At Publican Quality Bread, Gregory Wade spends a lot of time focusing on whole grains and fermentation, both of which help his breads stand out, making him a go-to baker for restaurants around Chicago. His baked goods have earned him a second James Beard Award nomination for Outstanding Baker. Wade also works to educate customers on creating healthy food systems, saying, “I hope to show consumers and other food service professionals that with knowledge, dedication and communication, we can not only create a healthy, regenerative food system, but we can make this food available to all members of society, not just the elite.” He’d also like to open his own retail bakery and café. “I love everything about making bread,” he says. “The smells of the fermenting dough and baking bread, the feel of flour on my hands. I’m able to get up and go to work every day because it’s a really rewarding process to share our breads with my community.” 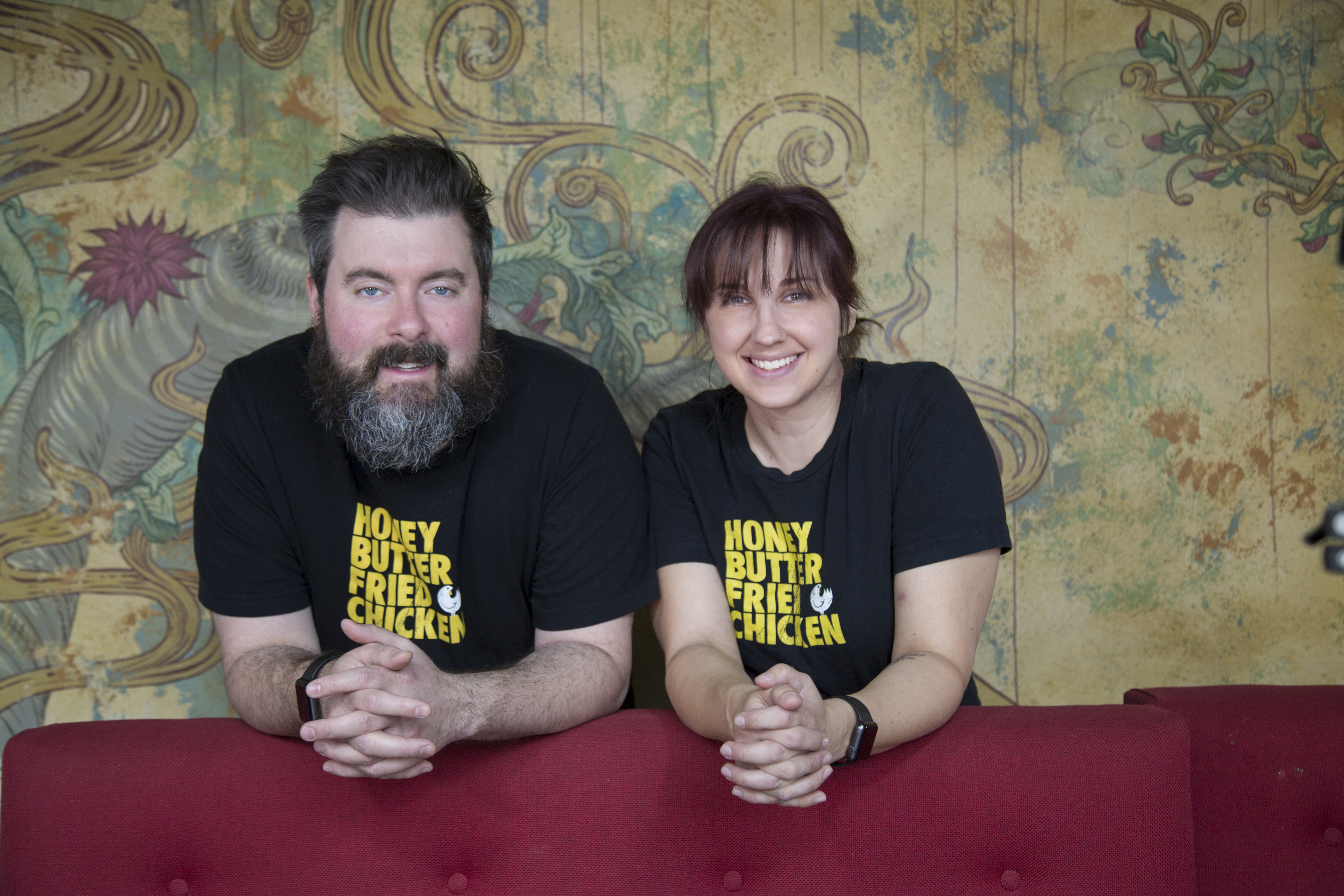 36
Christine Cikowski and Joshua Kulp
Chefs
Fried chicken was the hottest trend when Christine Cikowski and Joshua Kulp opened Honey Butter Fried Chicken in September 2013. Now, their responsibly sourced, crave-worthy food is an Avondale cornerstone. “We feel a tremendous responsibility to share the success of our business with our team and our community,” says Kulp. Conscientious leadership has been a defining characteristic of the duo’s business. From open-book finances with their staff to participating in activism with the James Beard Foundation, Cikowski and Kulp walk the walk. With an eye toward expansion, including a new pop-up concept at Revival Food Hall, TriBecca’s Cubano, the chefs say they still have a lot they want to accomplish. “We want,” Cikowski says, “to continue to excite people.”

37
Andrew Zimmerman
Chef
Andrew Zimmerman’s Sepia has won a Michelin star each year since 2011 and his secret is simple: “to make food that tastes good and that people like. Beyond that, I hope we bring new and interesting dishes to people’s attention.” Zimmerman reads, travels and eats to find new foods or combinations, then he perfects those flavors for guests. “Finding something I haven’t tasted before is one of my main motivators,” he says. At Sepia and Proxi, where he is executive chef, diners savor a range of inventive dishes. “There’s a very adventurous and savvy diner in Chicago,” he says, “and that, along with a supportive group of chefs, has made it possible to have the success I’ve had.” Zimmerman can anticipate more accolades and Chicago diners more of those flavors: he and his partner have multiple projects in the works. 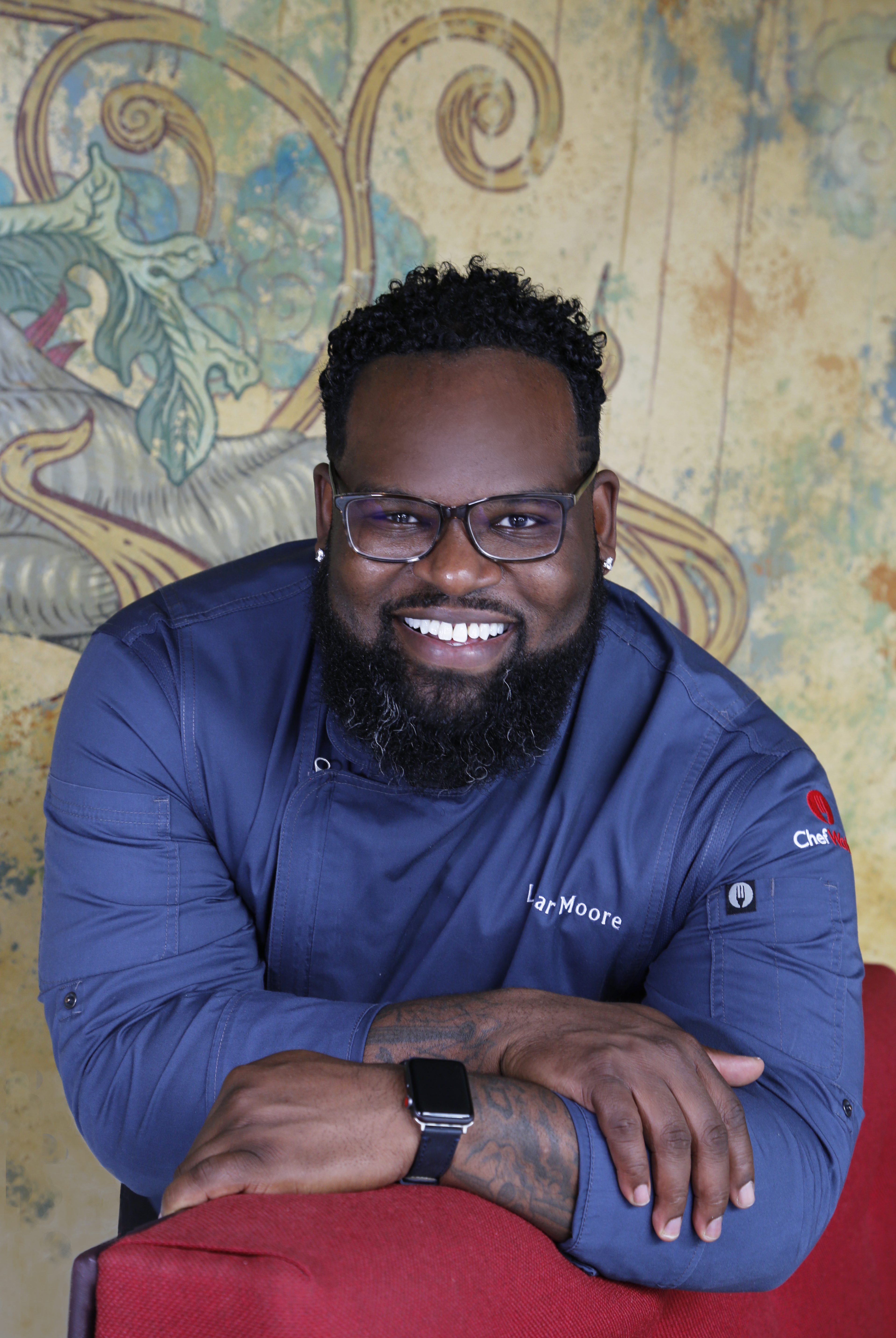 38
Lamar Moore
Chef
The defunct Write-On Currency Exchange space, renovated by Theaster Gates as part of his Arts Incubator initiative at the University of Chicago, is now The Currency Exchange Café. Lamar Moore is in charge of the kitchen, and he says that “we’re serving new American comfort food, approachable, down-home cookin’. The most successful dish, I would have to say, is our ‘soul bowl,’ with huge African-American influences, a melting pot of collard greens, Cajun jambalaya, accented jasmine rice, topped with an egg your way.” Moore holds a culinary degree from Le Cordon Bleu in Chicago, but he says that his largest influence was his grandmother. “She cooked all the time for me and my family, the elderly, and the churches on Sunday morning. So as a chubby kid, I saw a strong woman take care of her family and people, which made me want to follow in the same footsteps.” 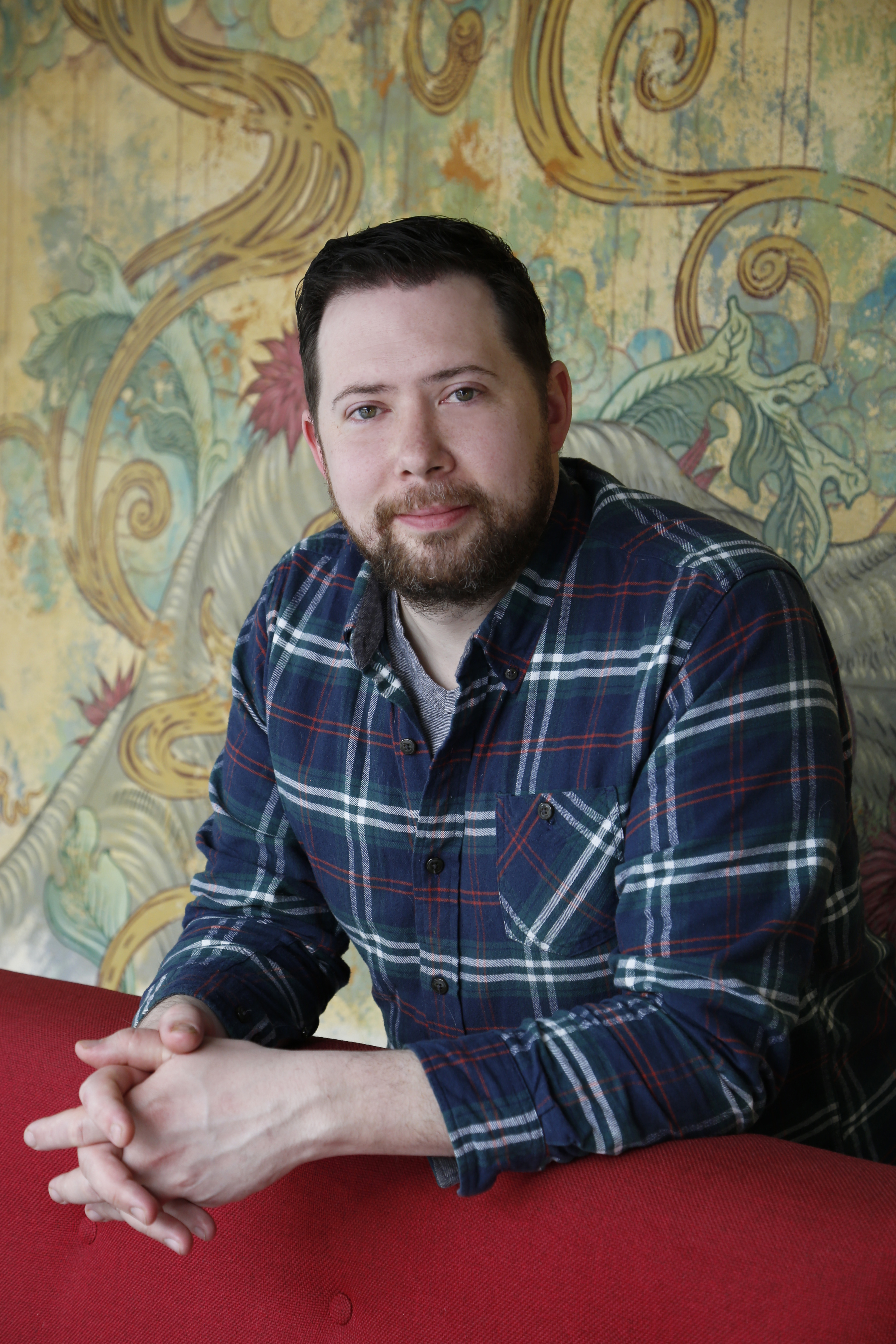 39
Ashlee Aubin
Chef
Running the kitchens at Wood and Salero, two distinctly different restaurants, can be challenging, says Ashlee Aubin, especially “when both restaurants may need you at the same time. However, it’s extremely satisfying to be able to cook in different styles. It allows more creative freedom.” Aubin has pushed the limits of that freedom to present diners with items that might stretch beyond everyday habits. “I’m always impressed by how open people are to raw foods,” he says. “We’ve done numerous crudos, tartares and ceviches at both places and always get great feedback.” But his style is not about challenging customers: “Roast chicken is the comfort food I go back to over and over again.” 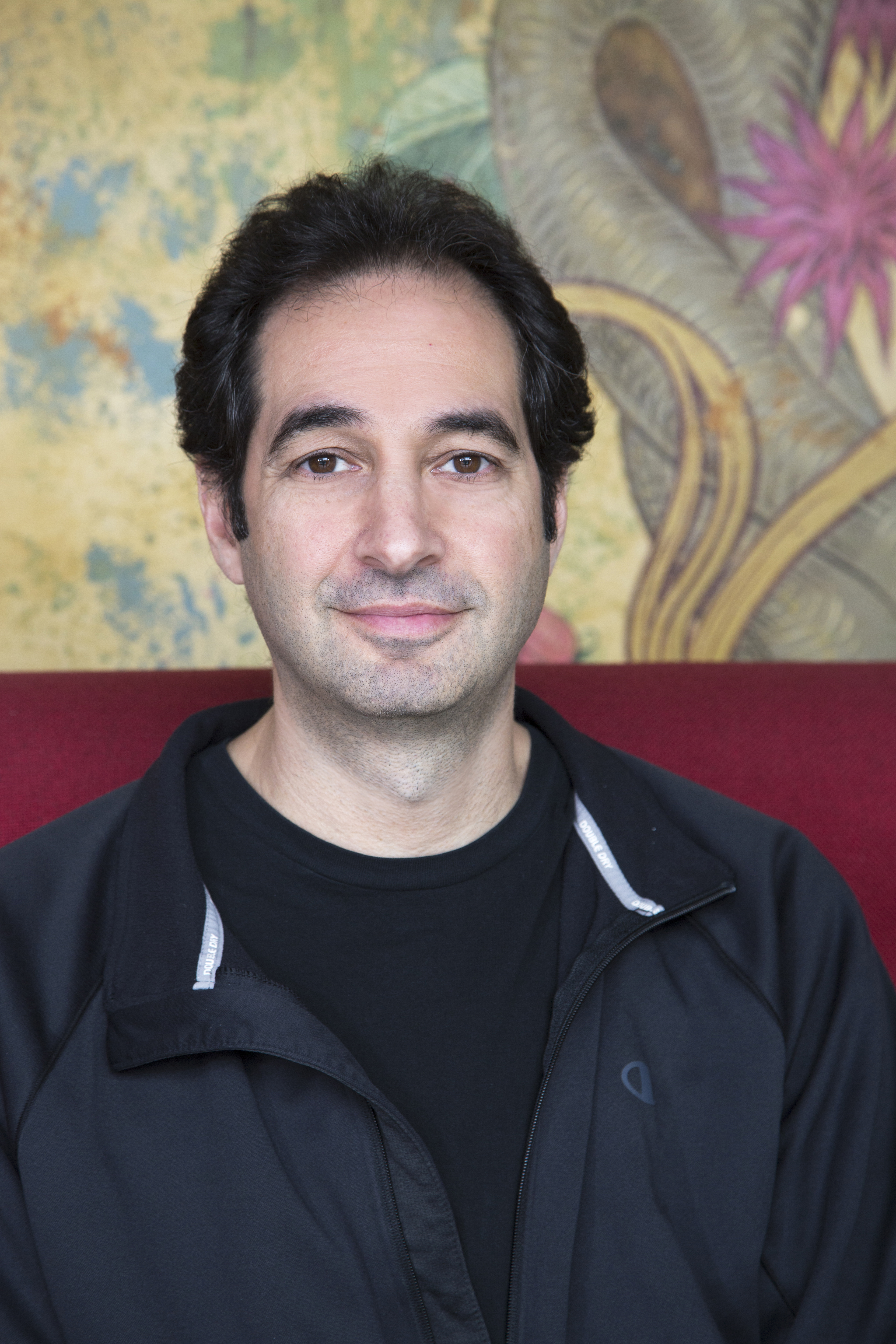 40
Barry Sorkin
Pitmaster
“When we opened Smoque, it was very simple,” says IT-professional-turned-pitmaster Barry Sorkin. “We just wanted to bring people the kinds of barbecue we loved from around the country, different styles. We wanted to stay true to those styles, but also put our own spin on them, our signature. We weren’t trying to mimic, we wanted to bring distinctive styles of barbecue to Chicago in a way that was also our own.” You can see this Smoque-signature touch on their brisket, which follows Texas style, complemented with a two-layer spice rub and a special in-house barbecue sauce. Sorkin says he wanted to have the word “smoke” in the name of his place, and he wanted the name “to convey that this was more than just a downhome smokehouse that limited the seasoning to just salt and pepper.” Smoque was to be—and is—a place where traditional barbeque styles are finessed with chef-like precision and care.