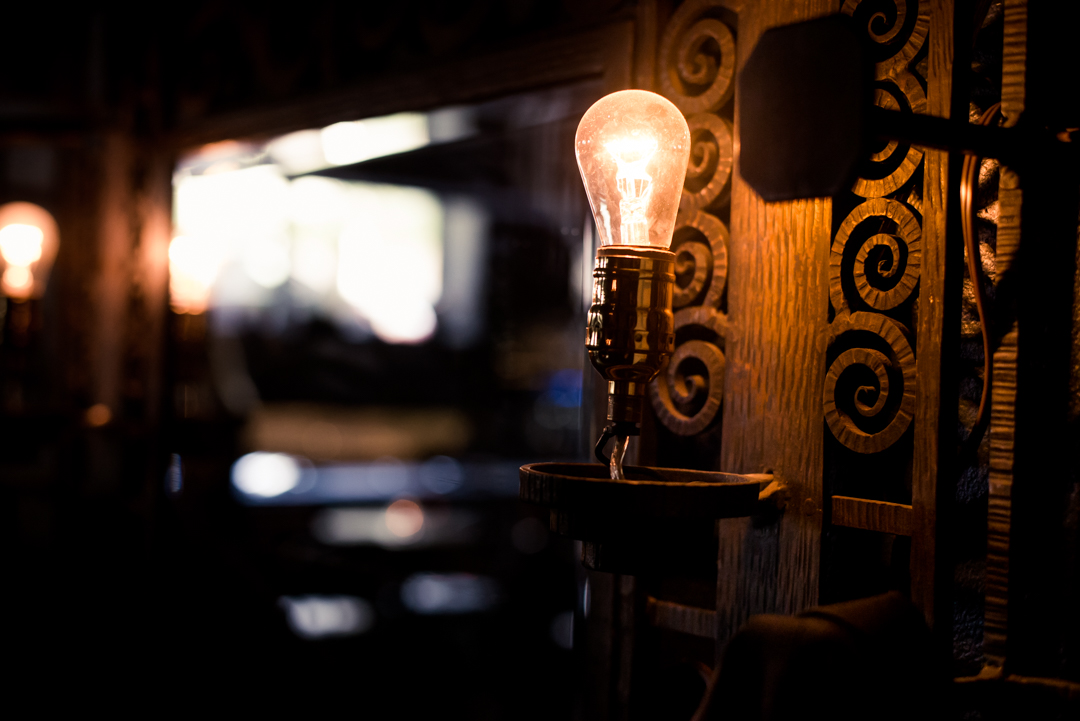 At my favorite restaurant, they don’t cook a lot of food. There’s only a handful of housemade dishes on the menu, and they’re very good, but select, focused. The rest of the menu is a collection of carefully curated cheese and charcuterie. To my way of thinking, there are no finer foods than milk and meat that have gone through a process of controlled decay, letting nature make them more delicious.

A major strength of this place is their broad selection of wines, many by the glass. They offer beer and cocktails, if you must (and at many restaurant-bars, I usually do), but for cheese and charcuterie, wine is best. The acidity slices through lushness, cleansing the palate for more flavors, again and again. The servers know a lot; you can ask them what goes with what, assured you’ll get informed guidance.

This is not an easy place to find. It’s on the lowest level of a sturdy old building on the outskirts of the Randolph Street restaurant row. It’s underground, so if you’re at street level scanning for bright lights and tables filled with people, the hair salon on the first floor might at first throw you off. Signage outside—an old-timey glass rectangle—announces “wine bar” in light red lettering, looking faded with time, which it can’t be because the place has been open for only a few months. The legal name, though stenciled in frosted glass on the front door, is not obvious. No problem, though, because most of the people filling the room are from the neighborhood—over fifty percent of the room is local, said general manager George Saldez—and they know where they’re going. As chef Jeff Williams explains, this is “a neighborhood bar in the West Loop,” which is an anomaly.

It was snowy, slushy and shitty the first time we dropped by. Pools of dirty water created impassable moats at every corner. The snow was stained with godknowswhat dank gunk, and the sidewalks impassable, blocked by snow that had not been shoveled and heavy construction equipment, building materials spilling from behind wire fencing. The weather and clutter can make this hard-to-find place even harder to find, which might generate frustration in the seeker. All that makes finally finding the place all the more satisfying and comforting.

Down the stairs, into the basement, you can see snow caking up against windows, set maybe eight feet above the floor. Religions began in caves for a reason, and in this below-street-level spot, you’re in a cloistered space, a cozy, friendly place where you’re welcome even if you’ve never been there before. On cushioned seating along the wall and a few long tables, everyone seems to be sharing a good time. Sure, the wine helps, and there’s an overall feeling of being cocooned in a subterranean, homey pleasure dome, without a hint of gaudiness or pretension, blanketed in a vague sense of secrecy. You feel almost privileged to sit down.

You think to yourself, “Who do I love? I want to bring them here.”

On the day before Valentine’s Day, love was on at least some minds. There was a young couple sitting next to us who looked like they could have been on their first date: they were excited to be together, giggly and enchanted with one another. Briefly, an older man in a well-tailored and tasteful sport coat, open collar, no wedding ring, sat down, facing the wall, his back to the room. This gentleman had only a glass of water, and after fifteen minutes of texting, he got up and left; his date a no-show. We don’t usually pay much attention to those sitting around us, but the atmosphere made us more alert, more attentive, more alive.

On a second, solo trip, I sat at the bar. A nice lady from the neighborhood engaged me in conversation. “I feel comfortable coming here alone,” she said. “It’s not like going to a bar alone.” Though that’s exactly what both of us were doing, although it didn’t feel that way. It felt nicer, a little calmer, more civilized. 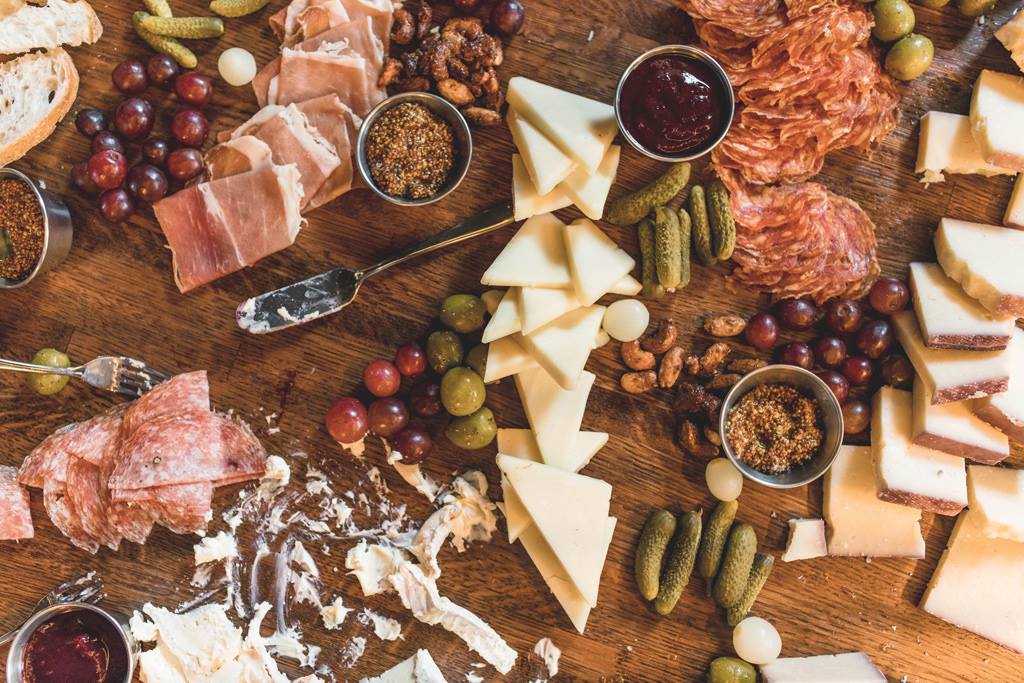 On our first visit, Williams was in the open kitchen slicing sausage, portioning out the cheese, dressing the plates with either a la carte selections or building the Grande Board, accurately described on the menu as a “bacchanalia of charcuterie and cheese.” We went with this option, the better to enable Williams to make the ideal selections of available meat and cheese, and we were genuinely, totally thrilled with what we received. Cheese (a goat’s milk gouda, a creamy and lightly funky Delice de Bourgogne), sausage (including finocchiona and Serrano ham), olives scented with lavender, sugared nuts, mustard and other condiments. I devolved into two-fisted gobbling, grabbing with both paws, chewing, mad with eating, with a focused, perhaps slightly hysterical grin on my face, kind of like Bruce Lee when he delivers his death-stomp. With the dozen or so items on the board, there are thousands of flavor combinations. With all that intensity on the plate, we were swimming in deliciousness, tangled in intoxicating tastes. It was good.

We asked our server, Roberto, to pick wines to pair with what we’d ordered. We started with lesser-known Champagnes (Louis Nicaise and Audoin de Dampierre), and when the bolder foods arrived, we were ready for reds. We both liked a pinot noir from Bourgogne, softer on the palate, laid-back so as not to fight the flavors.

Chef Williams prepares a focused menu of warm foods, and to balance out our meal of mostly fatty salted meat and rich cheese, we order carrots dressed in za’atar yogurt and sprinkled with shattered hazelnuts, and the Brussel sprouts, fried; the two vegetable sides delivered both sweet and bitter vegetable flavors, which go a long way toward evening out the full-bodied mouthfuls of charcuterie and cheese. Williams makes other tempting items—including lamb meatballs and duck breast—and they’re all presented in small plate portions, a good encouragement (as if any were needed) to try lots of tastes.

Near the front door, there’s a cozy private room, with enough space for fifteen to twenty patrons. A flat screen sits over the bar, a nod to the need to satisfy the sports urge of many who stop by now and again. In the main dining area, our host told us the screens are usually turned off, another reason to make a trip to The Press Room.