At a Starbucks in the Viagra Triangle, I was throwing an empty coffee cup into the trash when I saw a sign over a display of sandwiches, salads and other takeaway items that said that all unsold food would be given away at the end of the day to those in need.

This seemed a righteous initiative. Starbucks’ FoodShare program began with suggestions from some of their employees who were themselves once “food insecure” and who felt uncomfortable throwing out so much edible food. (“Food insecurity” is defined by the USDA as having a “lack of consistent access to enough food for an active, healthy life.”)

Starbucks in Chicago, Seattle, New York and a few other cities is testing their FoodShare program, built on a simple, efficiently designed after-market supply chain. At the end of the day, unsold food is placed in yellow plastic bags which are picked up and carried by refrigerated van to a location where the food can be distributed. In Chicago, that location is the Greater Chicago Food Depository, which has systems in place to accept food from restaurants and uses those contributions to deliver close to 170,000 meals every day to those in need. FoodShare partners with other organizations, such as Food Lifeline in Seattle and City Harvest in New York, to leverage their scale of operations to deliver fresher food, faster, to those in need.

FoodShare, the Greater Chicago Food Depository, Food Lifeline and City Harvest are just a few of the intermediaries between those who prepare food and those who need it. There are many more.

Although restaurants and grocery stores frequently deposit uneaten, often edible food in dumpsters, diving into a garbage container is in a legal grey area. In most states, it’s not illegal to rummage through garbage looking for food, although there may be penalties for trespassing. Legal or illegal, swatting your way through flies to beat insects to a common prize—discarded food—is not the most appetizing or healthy option for the food insecure. The case could be made that edible food should not be thrown in the dumpster in the first place. There are better places to put, and many people who need it.

For individual chefs and restaurants, unlike international operations like Starbucks, it may be more difficult to get food to those who need it. It’s not easy for restaurants to hand out unsold food, as many of their items are prepared to order. Unlike Starbucks, they don’t have  ready-to-eat or prepackaged food to contribute. There are also liability issues; some of the needy might have allergies that could be aggravated. If you have a gluten allergy, and you’re starving, it may be challenging to avoid biting into that sandwich. And, of course, restaurants undoubtedly would prefer not to have groups of the needy at the back door, waiting for food.

Executive chef Marcos Campos of Beatnik says, “Bonhomme Hospitality [the organization behind Beatnik, Black Bull and Celeste] partners with, and participates in, local philanthropic events that help alleviate poverty and hunger on both a local and national scale.” Campos and Bonhomme Hospitality work with Culinary Care, which he says “delivers meals to cancer patients who often face hunger and eating disorders.”

Ensuring enough food for a hungry world also connects with the movement to reduce food waste, and Chicago chefs are coming up with novel ways to make food go further. At Daisies, owner and executive chef Joe Frillman and his kitchen recently obtained a HACCP-license from the city of Chicago. Daisies can now take on bumper crops and unsold or unusual produce from trusted producers and then develop menu items using time-intensive preservation and fermentation techniques. Frillman’s re-use strategies include using leftover whey from ricotta production to make cream soda that is then used in house-made sodas and cocktails. Mick Klug Farm had 200 gallons of apple cider made with apples that were too warm when they were pressed and had begun to ferment; instead of dumping the batch, Klug sold the cider to Daisies, which will use fermented apple juice in sipping vinegars. And any fruit that is considered too ugly to sell to other restaurants is sold to Daisies for use in kombucha.

Finding ways to use food that might otherwise go to waste is one way Daisies and other restaurants maximize profitability while minimizing food waste. As is so often the case, doing good is also good business. When restaurants contribute uneaten food to food banks, they may gain some tax advantages and they reduce waste-management costs. If you’re not filling up your dumpster, you’re not paying as much for trash collection.

As an individual citizen, you, too, can purchase slightly unsightly produce through Imperfect Produce, which delivers to your door less-sightly fruits and vegetables for thirty to fifty percent off retail. 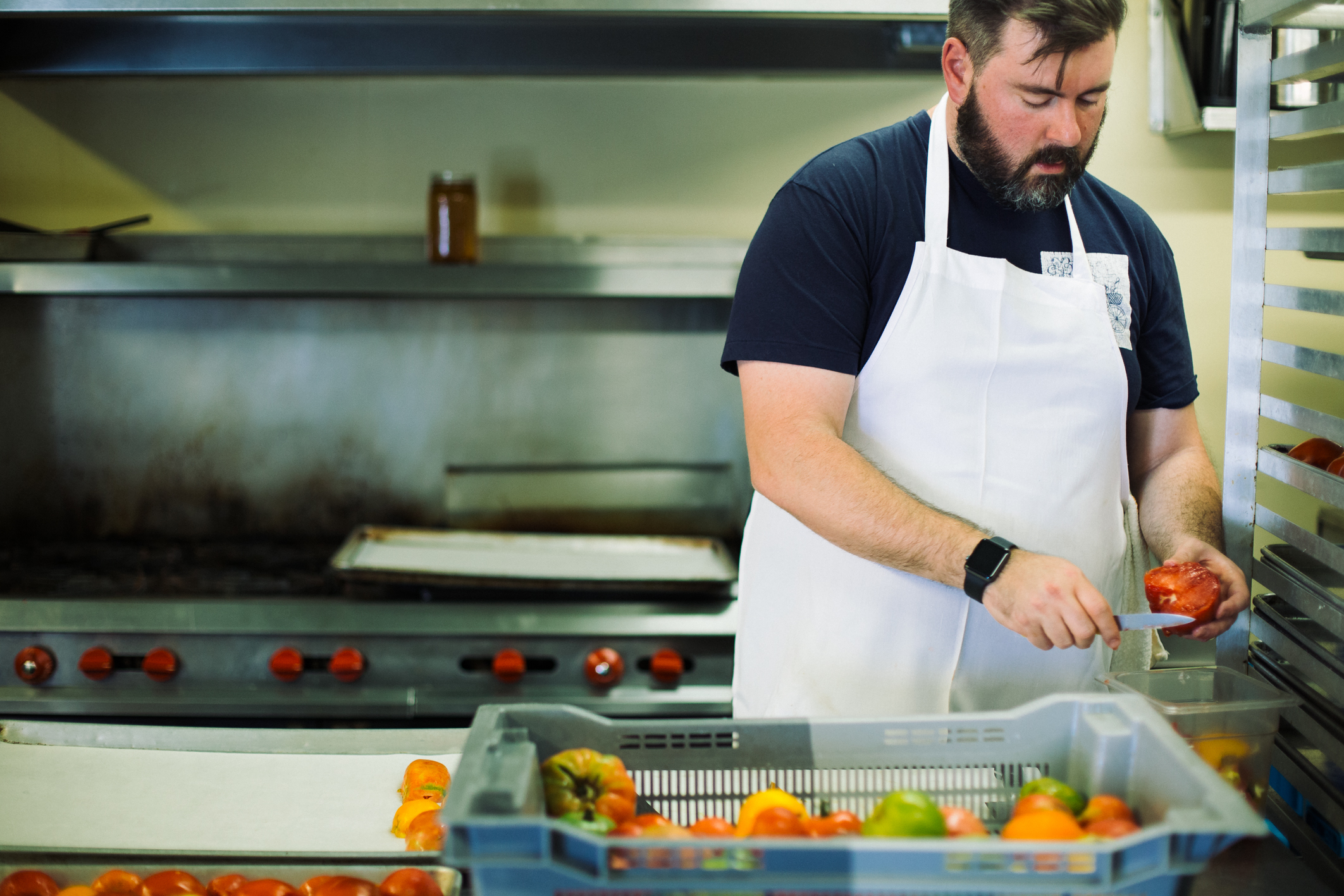 Even without purchasing slightly bruised or unsightly produce, restaurants are stretching ingredients, s a solid strategy for reducing food waste while increasing profitability. “At Honey Butter Fried Chicken,” says Josh Kulp, chef and co-owner with Christine Cikowski, “we filter our oil multiple times per day, which stretches its life and prevents it from being wasted. Once we’ve used it to its full potential, we sell it back for biodiesel fuel. We also butcher everything in house, so we use every part of the chicken. The breasts, drums and thighs become our fried chicken, and the tenders and thigh strips go on our sandwiches.  The wings get a separate preparation and are fried crispy then glazed or seasoned, and the backbone gets roasted and turned into stock for gravy that goes on our mashed potatoes. The excess fat gets rendered and becomes schmaltz that we whip into our smashed potatoes.”

Ironically, the impulse to reduce food waste might mean that less food gets into the mouths of those in need. “As chefs have been held more accountable for food costs, they carry a tighter inventory with less waste, so there’s less to contribute to food banks,” says Anthony Iannone, founder and chef instructor of North American Pizza & Culinary Academy. 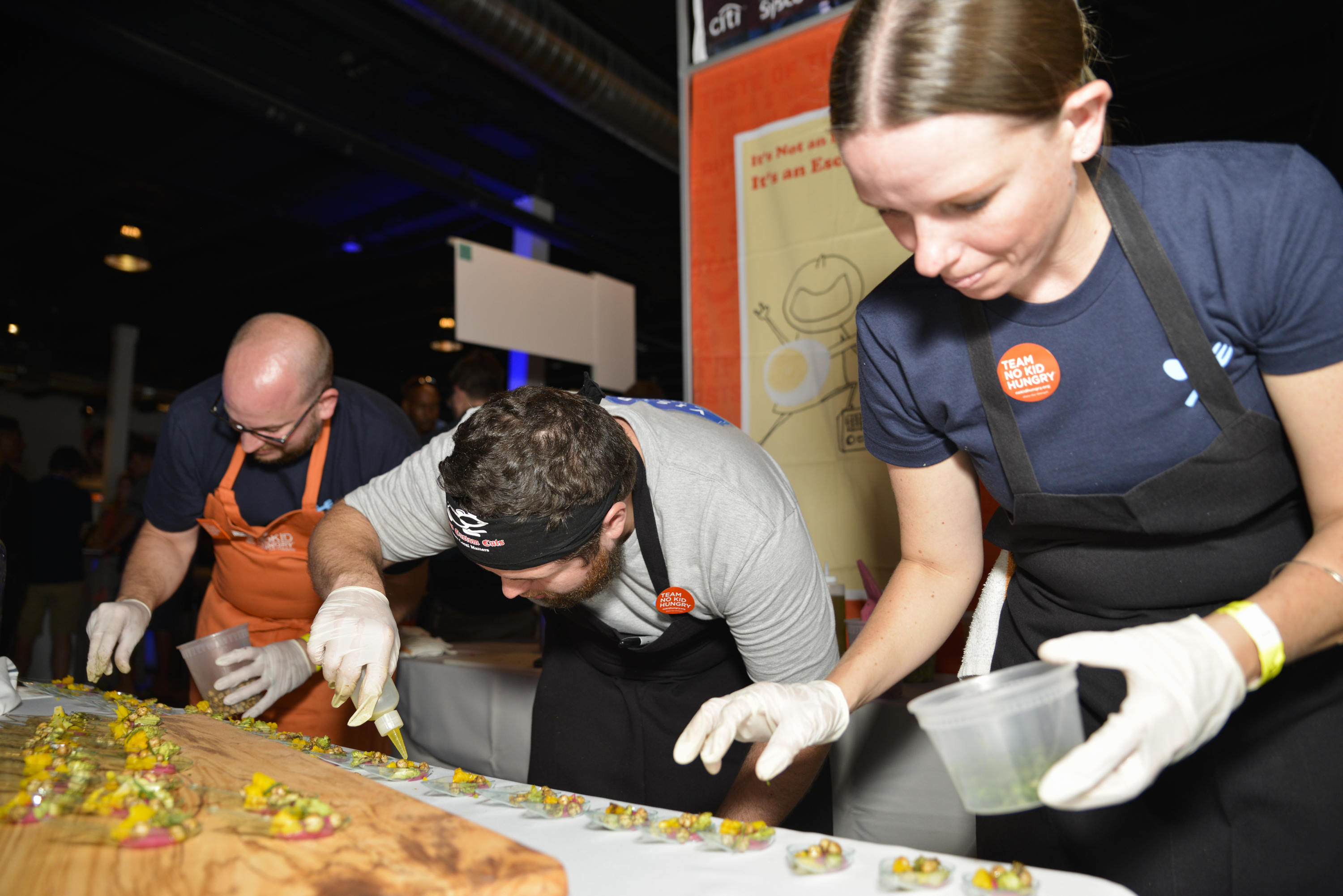 Taste of the Nation for No Kid Hungry/Photo: Tone Stockenström Photo, Inc

Multiple charitable events take place throughout the year that give chefs an opportunity to support organizations committed to helping the food insecure find daily nutrition. Taste of the Nation for No Kid Hungry took place at Revel Fulton Market. This “walkaround tasting event” featured food and drink from over forty Chicago chefs, sommeliers, mixologists and brewers—including places like Margeaux Brasserie, The Heritage and The Signature Room—with one-hundred percent of proceeds going to help kids eat right. Since the campaign launched, 775 million meals have helped feed needy kids.

Perhaps the surest way to provide food to the needy is to hand them the food, person-to-person, and that’s exactly what’s being done by executive chef Angelo Chavez of Pink Taco. “At Thanksgiving,” says Chavez, “we close our doors to the public and partner with shelters to feed as many needy families as possible. We also activate our taco trucks. Every person deserves a Thanksgiving meal.” 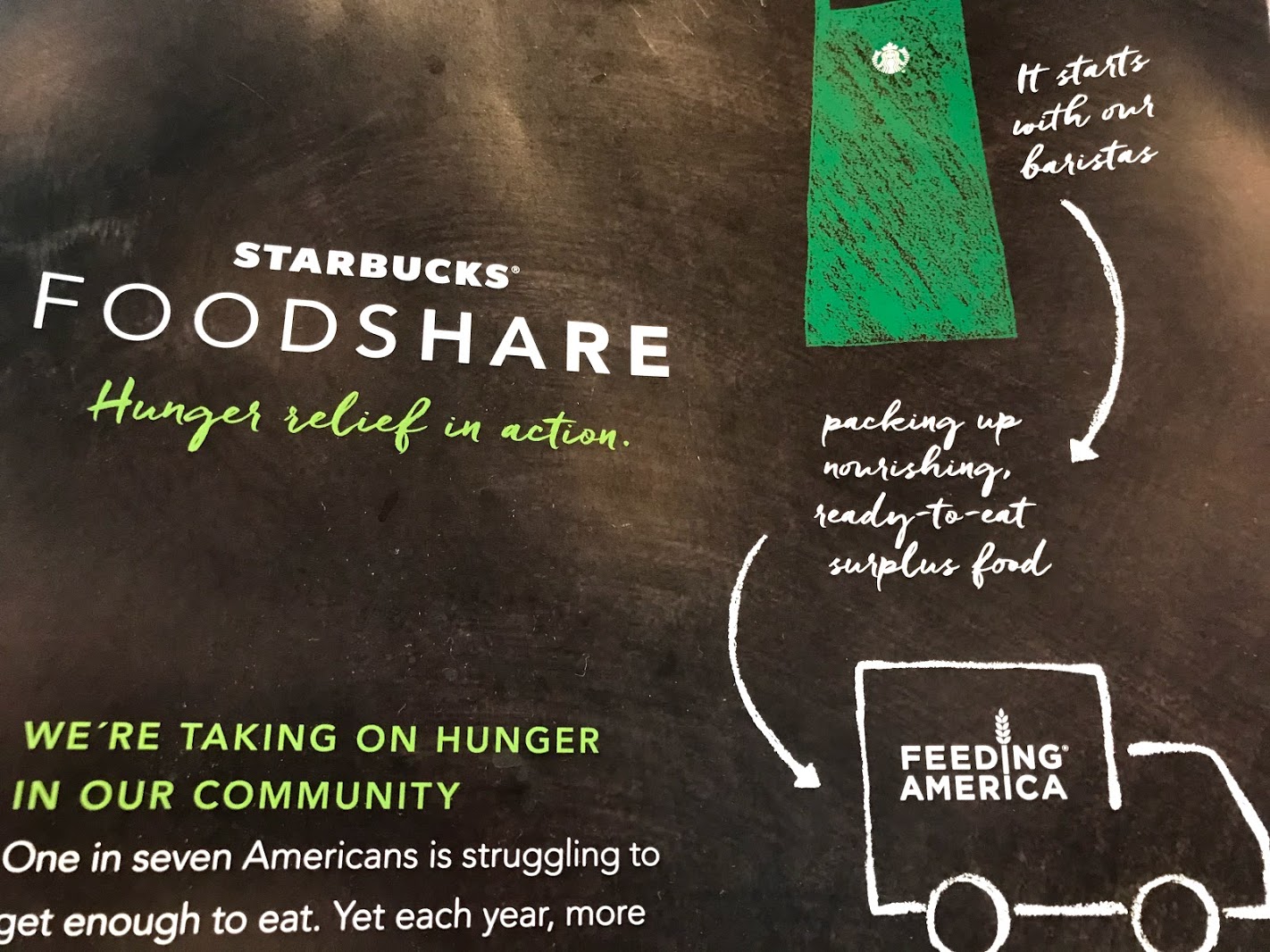