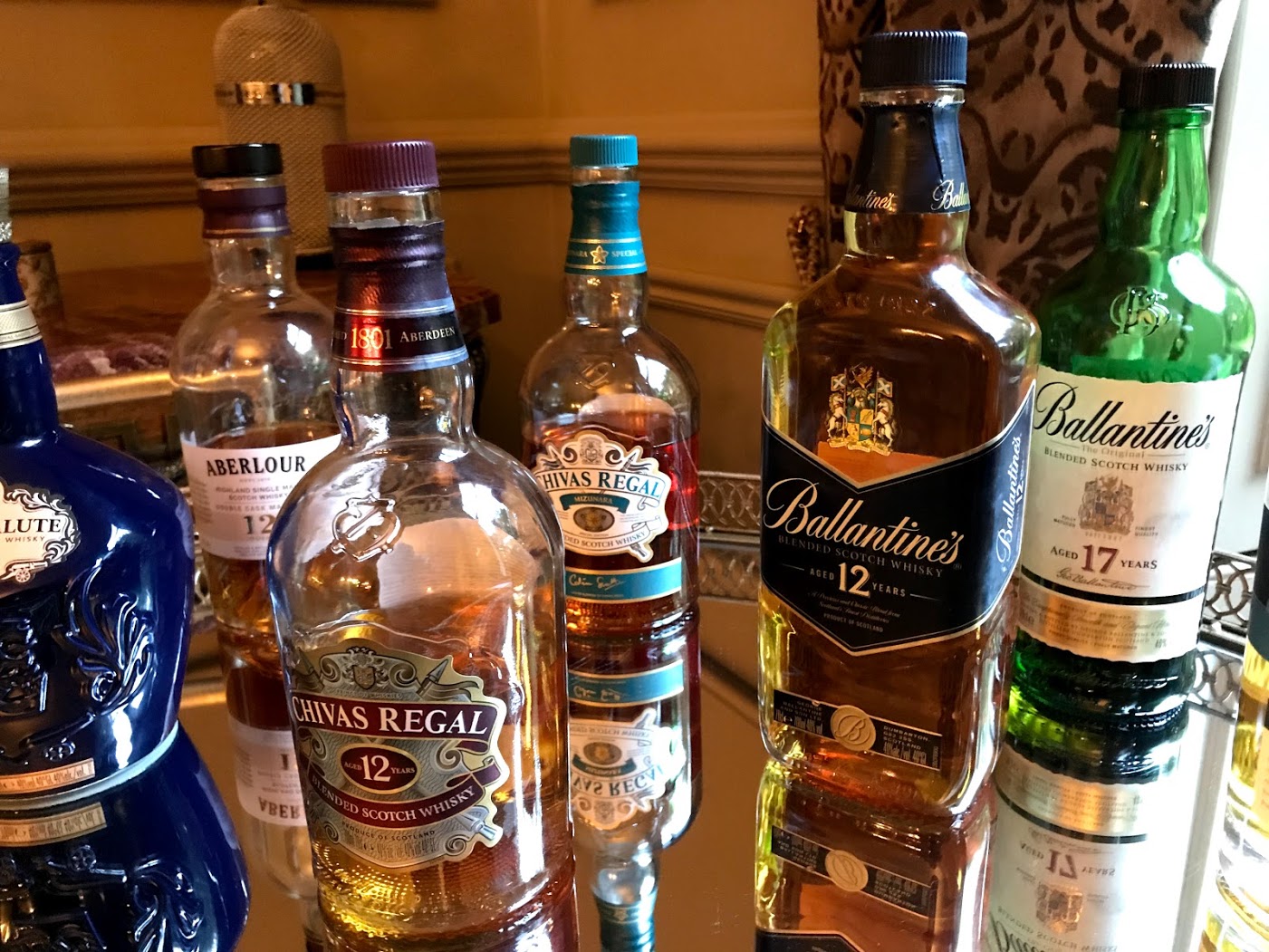 There’s a lot of Scotch out there/Photo: David Hammond

Millions of us make resolutions. We break those resolutions before January becomes February. Many momentary resolutions have to do with health: vows to smoke less, eat less and, perhaps most commonly, drink less. Those resolutions, admirable as they may be, are doomed.

I vow, in the coming year, to drink more—and learn more about—Scotch whisky.

This resolution is suited to the novice Scotch drinker, but it’s a resolution all of us will be more likely to keep than annual promises. And there’s never a better time than winter to experience warming, smoky goodness.

To help newcomers, we asked Chicago food and beverage professionals what they would recommend to an aspiring Scotch drinker.

“To some people, Scotch may be intimidating,” says Eden‘s Alex Rydzewski. “It’s often touted as harsh, overly smoky and perhaps an acquired taste. Not a beginner’s drink.”

Let us work to change that perception. The Distilled Spirits Council reported earlier this year that spirits are showing record growth, so let’s learn to appreciate Scotch whisky. 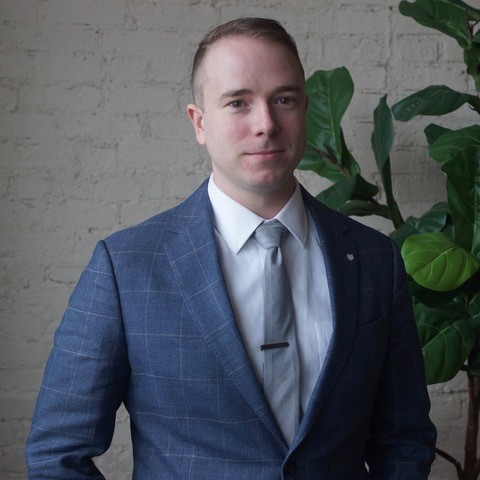 The first Scotch I ever had was Johnnie Walker Black and this is a good sip to start with. “If someone comes in who has never tried Scotch, I’d likely offer Johnnie Walker,” Daisies general manager Keith Whitten says. “This is a familiar brand that would introduce someone’s palate to the taste of Scotch. It has a tangy taste, dried stone fruit flavor on the palate, and of course a smoky presence.”

“Aberfeldy twelve-year is a nice place to start,” says beverage manager Sarah Clark at The Dearborn. “Mildly smoky, but not overpowering, with a hint of honey in the finish. It has a subtle, all-encompassing flavor profile that will appeal to a novice until that person does a little more tasting and narrows their flavor preferences.”

It took me a long time to appreciate the smokiness in Scotch, but as bar manager Dylan Seo at The Sixth says, “There’s a lot more to Scotch than smoky peat aromas. Scotch can be delicate, smooth and rich with soft layers of flavor. This comes from both the malts and barleys, and from the stills themselves. One of my favorites is Bruichladdich Classic Laddie. This distillery produces amazing Scotch, all sourced from farms they are deeply connected to, and that comes across in each sip.”

Head for the Highlands

Smokiness is perceived as an inherent quality in Scotch, especially bottles made on the peat-rich island of Islay, the southernmost island of the Inner Hebrides. That smokiness can turn off younger drinkers.

“A first-time Scotch drinker would be more comfortable with something less smoky or peated,” says Walton Street Kitchen + Bar head bartender Alex Barbatsis, who recommends “either a good blend like Johnnie Walker or something from the Speyside region, known for their softer Scotches, like a Glenrothes or Glenlivet.”

Scotch can be divided into smoky and not smoky. Those produced in Speyside, in the Scottish Highlands, tend to be less smoky. Kirill Kuznetsov at The Loyalist counsels that someone new to Scotch “go for Highland scotches like Highland Park Magnus or Dalwhinnie 15, both whiskies with more approachable flavor characteristics.”

Scotch-loving, award-winning Split Rail owner and executive chef Zoe Schor agrees. She would steer Scotch novices “toward something that doesn’t have an overwhelming smokiness, and has a little sweetness. My go-to is the Macallan twelve-year, which is matured in sherry oak casks. It’s got a sweetness to it, but it’s subtle, and it appeals to a multitude of palates.”

At Upstairs at The Gwen, beverage program manager Nolan Ruffing is also a Macallan fan, and thinks it’s just right for novices. “I always recommend a Scotch that comes from a sherry oak cask, such as Macallan twelve-year. The blend of vanilla flavor and spice, along with the right kind of smokiness, can open their eyes to what the best Scotch whisky has to offer.”

Macallan twelve-year is also one of our very favorite Scotch whiskies, and it’s an excellent Scotch to give to a friend, young or old, experienced Scotch drinker or novice. 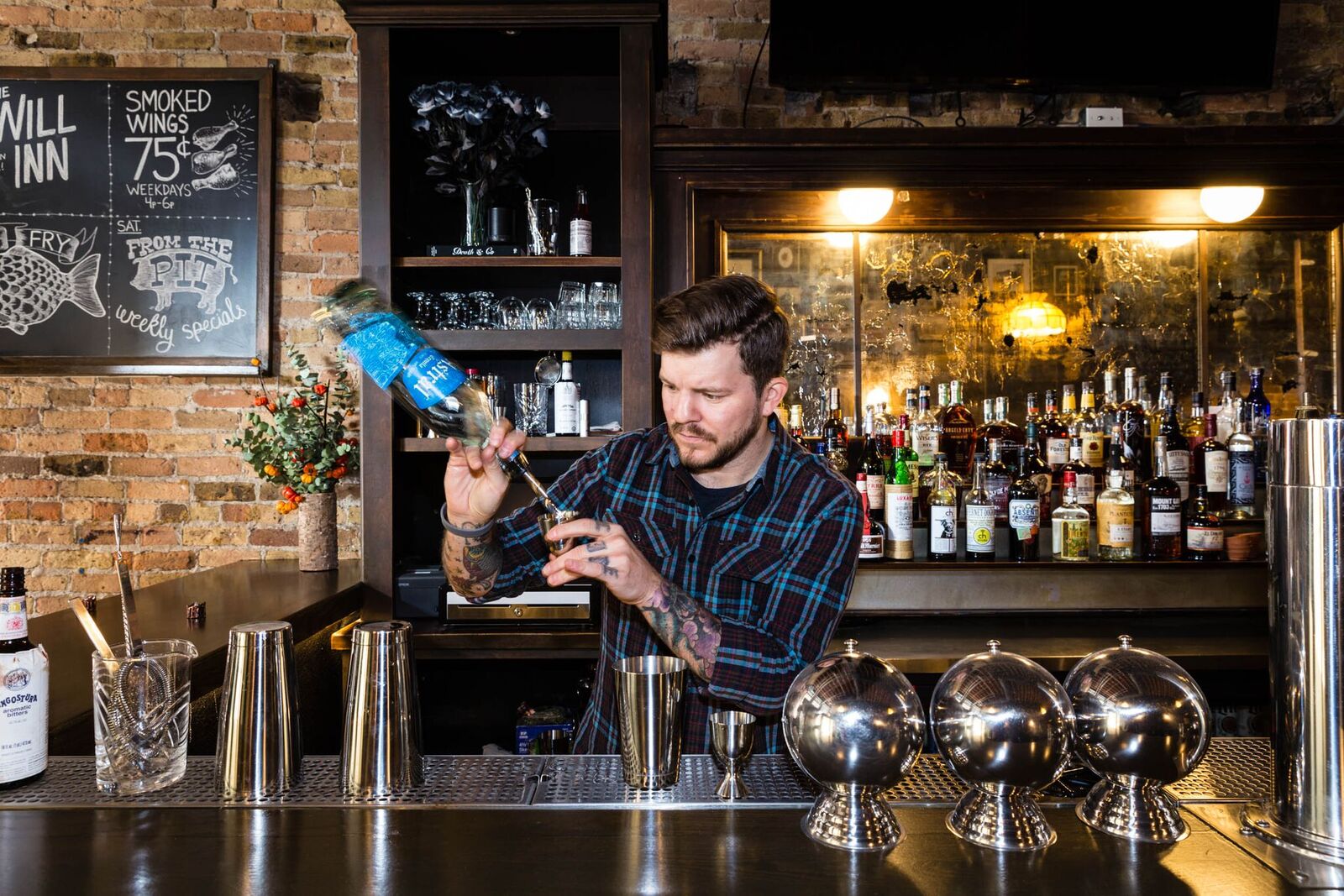 New to Scotch? Maybe Have It in a Cocktail

A cocktail offers a smooth start toward Scotch appreciation. Modified by vermouth, citrus or thousands of other possible ingredients, Scotch in a cocktail will be rendered less aggressive to the untrained palate. 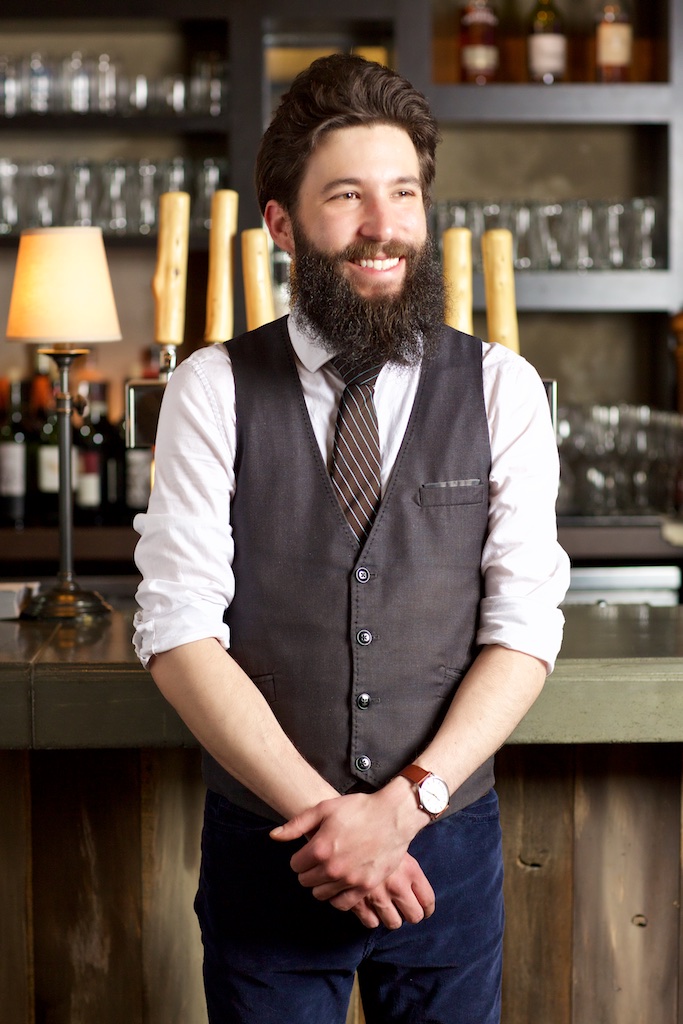 At River Roast, Ken Pritz goes with a Manhattan-type cocktail. “One of my favorite classic cocktails featuring Scotch is a Bobby Burns, a Manhattan variation featuring single-malt Scotch—I use Highland Park twelve-year—Vermouth di Torino and Benedictine. It’s a rich and complex cocktail, perfect for autumn and winter.”

Or How About Irish?

“I personally like Irish whisky for its purity and smoothness,” Douglas Da Cruz, Jr. of The Up Room at the Robey says. “The triple distillation process that Irish whisky goes through provides you that sensation.“

But Irish whisky gets little respect. “It’s an unfortunate perception,” says Rydzewski. You often see Irish whisky used for shots and cocktails, and it may be seen as a lesser spirit compared to Scotch, despite there being many exquisite and refined Irish whiskies. Neither one is superior to the other, and they serve different tastes and preferences. There are certainly plenty of Irish whiskies that I would gladly drink neat and are just as fantastic as many of my favorite Scotches.“

“I think most people in the United States just shoot Irish whisky or have it in their coffee, so it isn’t viewed as something to meditate over or really savor,” says Vlad Novikov at Z Bar. “It’s a shame because there are great producers from Ireland. Redbreast is probably the best-known producer of quality Irish whisky, and their twelve-year is a great start.”

If you’re seeking to develop a greater appreciation of Scotch whisky, or even Irish whisky, you have to start somewhere. Vowing to drink—and learn more about—Scotch is a resolution you’re unlikely to break. It’s good to have goals.