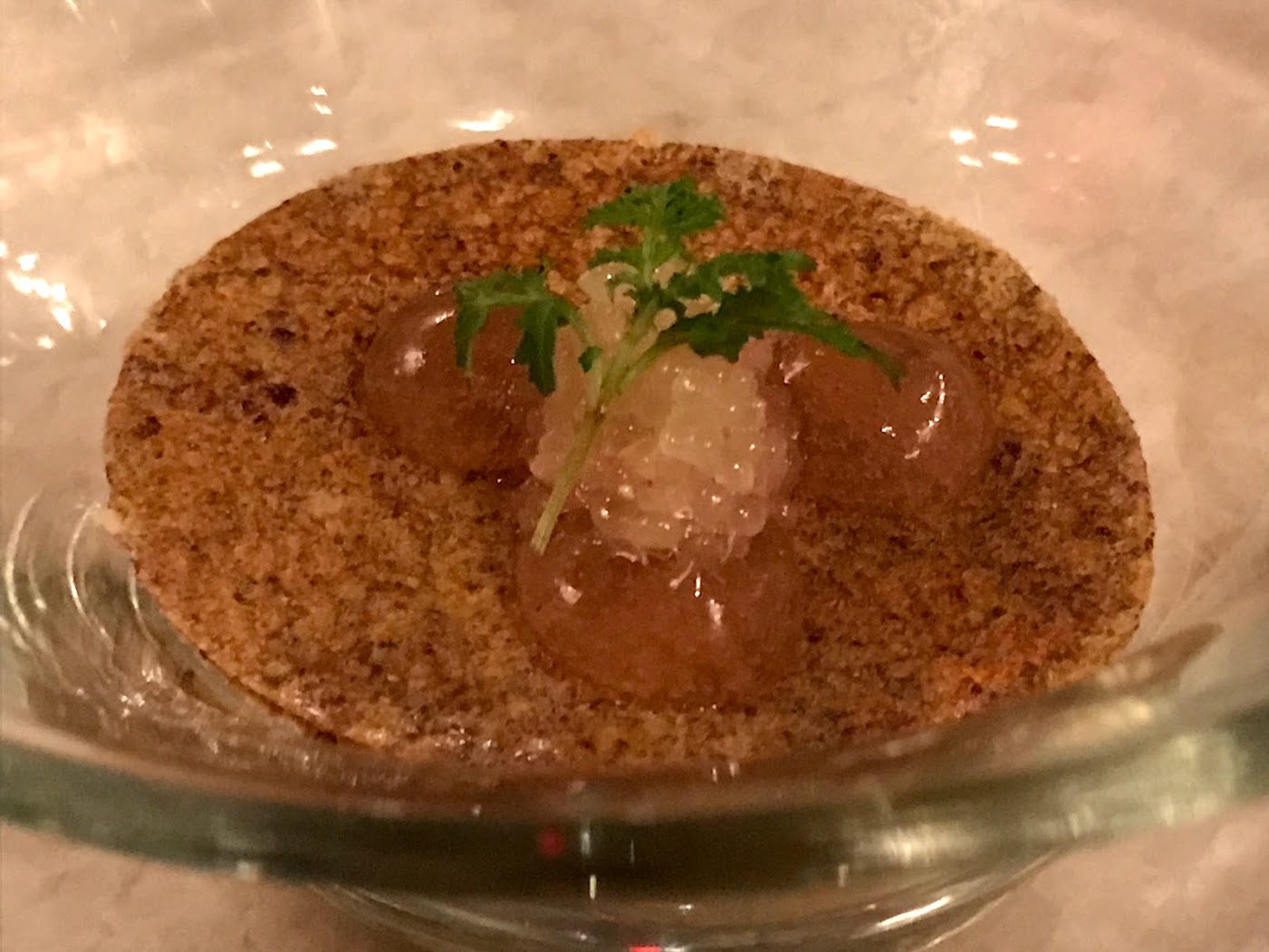 The food at vegetarian restaurants was once drab and brown, with lots of grains and cheese, a clearly non-vegetable product, but more importantly, at least to the chefs who put the plates together, non-meat.

For a vegan menu, being non-meat is not enough. Nothing on the menu can be of animal origin. And that’s the kind of vegan menu Brass Heart has presented since opening late last year in Uptown. We asked Chef Matt Kerney, formerly of Michelin-starred Longman & Eagle, about the challenges of preparing an all-vegan menu.

“The hardest part of the vegan menu was definitely trying to create a cohesive menu that wasn’t stacked with hydrocolloids [thickening agents like starch, guar gum and pectin],” Kerney says, “and I didn’t want to do a menu with meat substitutes, like seitan and tofu. But making sure to just not put vegetables on a plate was difficult, because there’s only so much manipulation you can do before you end up with something that requires a hydrocolloid to hold it together.

“It all requires a much more delicate hand, and much more thought, because all the flavors you use are harder to convey. You find yourself sorting out where you will be getting fat from. Simply throwing olive oil on everything is a bit redundant. We get much of our fat from root vegetables with high fat content.”

You have to imagine that developing a vegan menu would involve a lot of trial-and-error… maybe mostly a lot of error. “We definitely had some big blunders that we still laugh about to this day. We tried to work with a dehydrated watermelon, which ended up coming out texturally like meat. While at first, we were excited, upon tasting the dehydrated watermelon we were horrified by the texture and flavor. While it did sear like meat, it also tasted nothing like it,” he says. “While working on making some vegetable leathers, we found out that vegetables that go through excessive dehydration have the strength of a plastic rain coat. After working on the recipe for a while, we found the pleasant and tasty texture we were looking for. But the first test run was concerning.”

At Munch, a vegetarian and vegan restaurant in Oak Park, we had a “pulled pork” sandwich a few years ago made of jackfruit. It didn’t taste like pork, so we asked the owner, Robin O’Hara, why she even bothered to call a non-meat dish “pulled pork.” Why not appreciate the vegetable for what it is and call it what it is, rather than suggest it might approximate the flavor and texture of meat? O’Hara responded reasonably that she wanted “to give customers an idea of what it’s going to taste like.” This is a standard strategy for those who offer vegetarian alternatives to meat, including Tofurky, Soysage and “vegetarian bacon.” 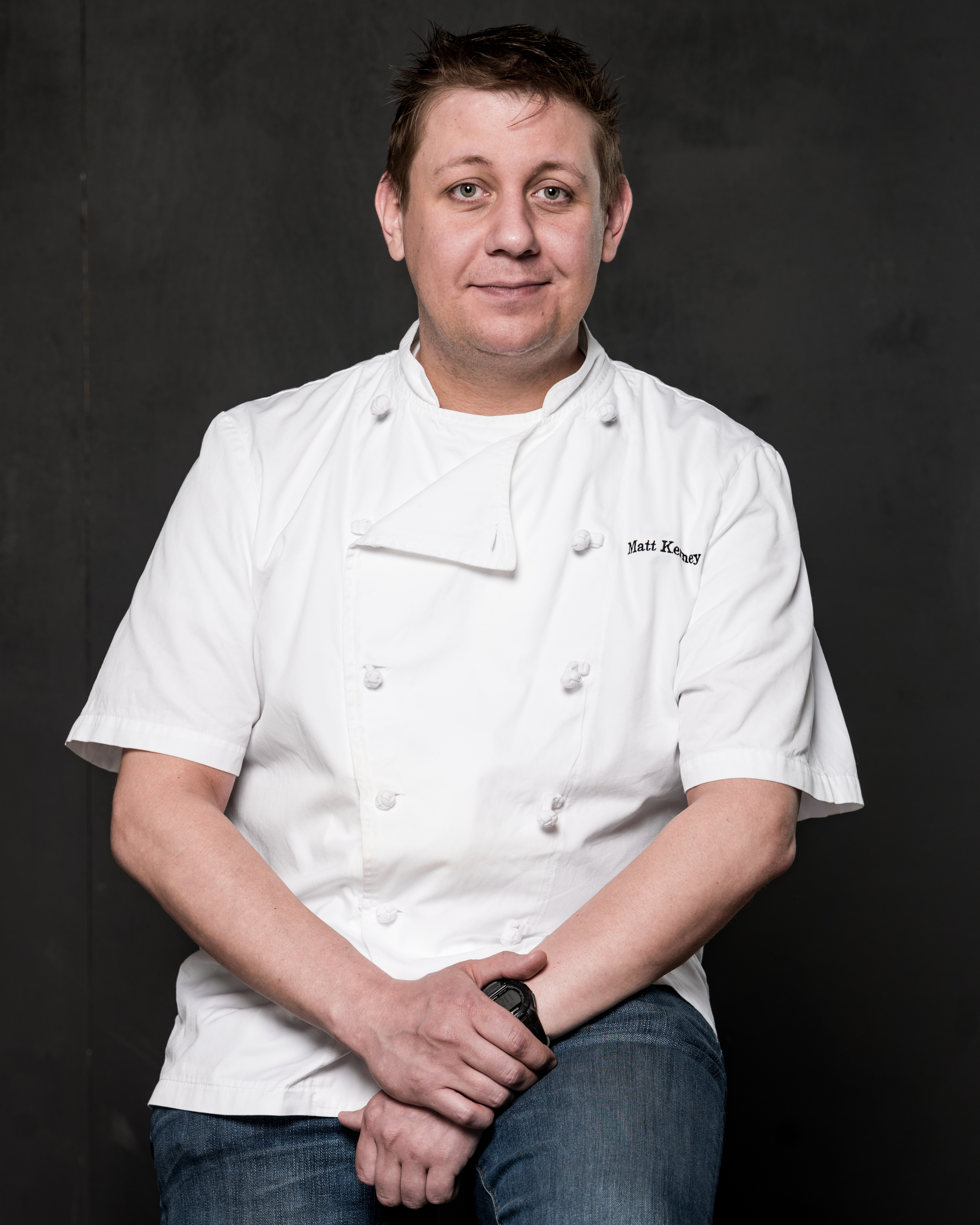 Kerney, however, isn’t trying to approximate a meaty texture “as much as heartiness and soulfulness. Making the vegan menu required me to think differently, because I didn’t want substitutes, I didn’t want the vegan version trying to be meat. If a vegan wanted meat, they would eat meat. A vegan diner is looking for an interesting and fun new way to see their favorite vegetables. Much of current vegan food is trying to trick people into thinking they’re eating meat. We sought to serve them vegetables, in a fun way, not in a way that was like something they had seen before.”

We had the vegan and the omnivore menu, side-by-side at a recent dinner at Brass Heart. For the first course, called Pumpkin, the vegan menu version was more pleasing than the omnivore menu version, which contains animal products. Pumpkin is a pumpkin panna cotta, made with the squash, coconut milk, maple syrup and gar, topped with a pumpkin chip of whole wheat flour and aquafaba (the juice of fava beans) and a gel of maple syrup, vinegar and agar agar. The vegan version was topped with finger limes, which look like the caviar used on the omnivore version. In this case, the caviar, though delicious, seemed to overwhelm the other, more laidback flavors. The finger limes, on the other hand, provided a pleasingly astringent accent to the sweetness. First round was a vegan victory.

We had the wine pairings with both menus and it was surprising that for some courses, the same wine was served for both menus. “Our vegan menu is paired with the same approach as our omnivore menu,” sommelier Sarah Traynor says. “There are flavor profiles that are classic pairings, such as sweet with spice or acid with fat. You don’t, however, necessarily need a more aggressive wine with a meat. Wine pairings that are successful—truly harmonious pairings—enhance the entirety of a dish. This is why there can be crossover from the vegan to omnivore pairings. Our chefs have designed the courses to leave our guests with a feeling of a shared experience.” 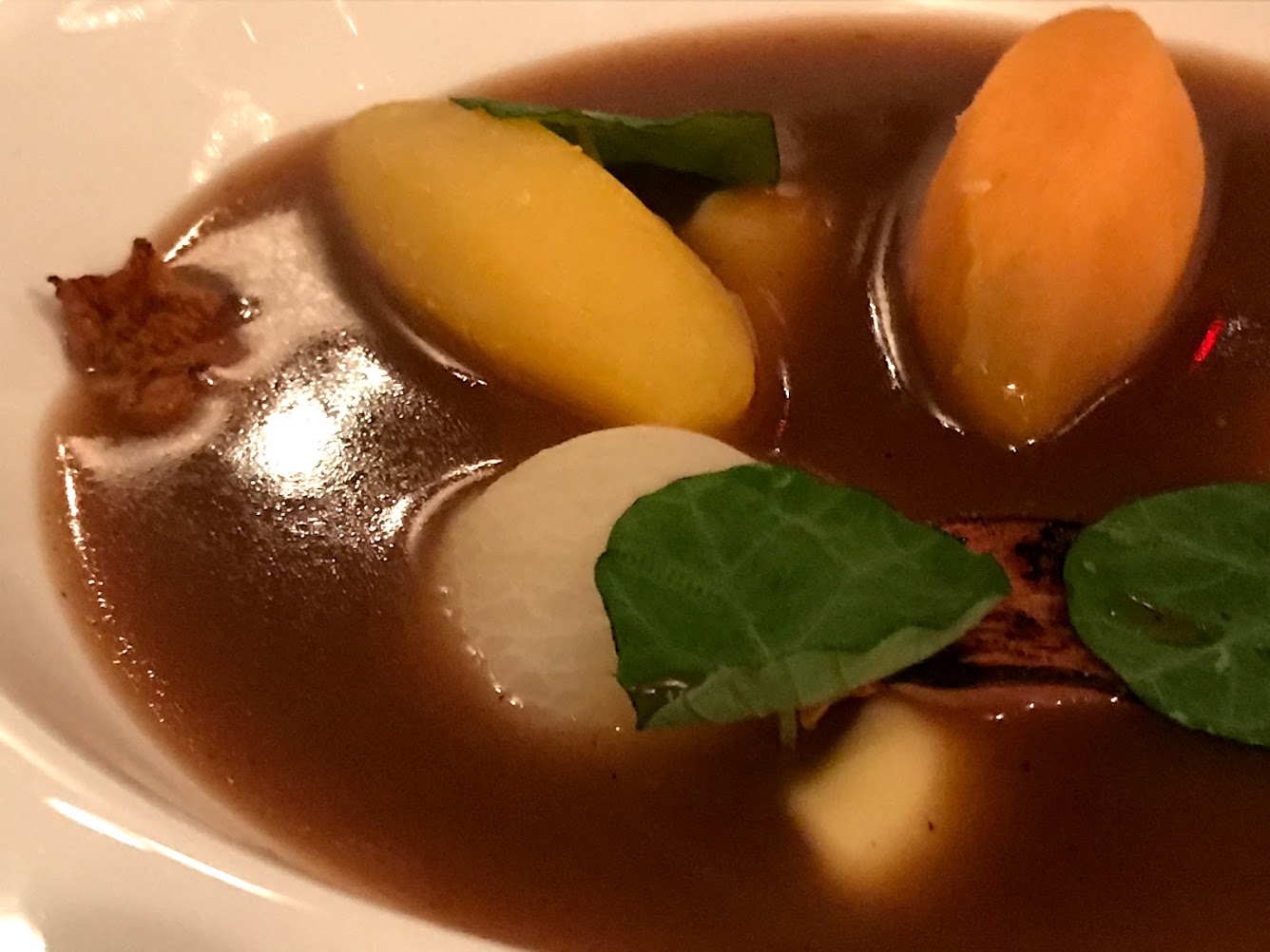 A personal favorite of the evening was The Gatherer’s Stew, which Kerney explains is a play on the Hunter’s Stew, and contains “all the things you would find in a base of boeuf bourguignon. The base is a heavily roasted vegetable stock fortified with mushroom. We caramelize vegetables very hard in the pan with tomato paste and flour, then we deglaze with red wine and add mushroom stock and more mushroom trimmings. We cook it for one hour and then pass it through a fine chinois [sieve]. I’d say the dish that best exemplifies the ideals of what we are shooting for is the Gatherer’s Stew. I have a deep love for classic French cuisine, and I thought hard about the idea that vegans probably never get to experience classic French technique because of the emphasis on butter and animal product. Vegans constantly can eat a lot of Indian and different ethnic cuisines that are classically vegan or vegetarian, but trying to serve them a known cuisine that typically shuns their ideals seemed like a challenge.”

It was a challenge that worked well: the broth for the Gatherer’s Stew was a favorite of the evening.

Brass Heart is not the first fine-dining restaurant to serve a vegan menu, but at $85, Brass Heart’s vegan menu may be the highest-value vegan menu around.