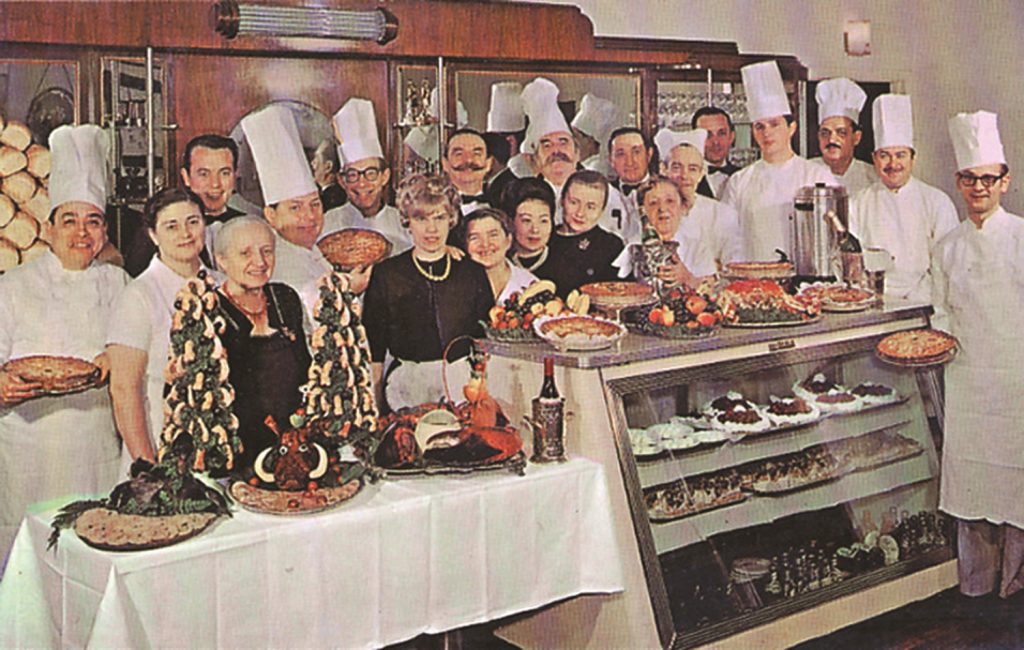 For those of us who live to eat, memories of our happiest meals are inextricably tied to the places where we had them. The food was important, obviously, but what was on the plate is merely one element in the recollected collage of sensations of tables and chairs, interior design, colors and light, the people we sat down with, the servers, the vibe.

“Lost Restaurants of Chicago,” a new book by Greg Borzo, will trigger many recollections of Chicago restaurants that have passed into history, as well as, no doubt, yearnings for places that are no more.

The first printing of “Lost Restaurants of Chicago” reportedly sold out in the first few weeks. Strong demand triggered an Amazon algorithm that adjusted the price to $1,000. “I’m sure no one paid that much,” Borzo tells us, “but it was a sign of the popularity of the book. People love to look back at good memories and special occasions!”

Doug Sohn, the man behind the counter at the defunct, once-hugely-popular Hot Doug’s, recalls in the foreword that there’s only one restaurant he genuinely misses, and that’s “the stand-up hot dog counter at the Woolworth’s on the Magnificent Mile… where I stood at the counter in the window facing the street eating hot dogs (mustard only, please) and a bag of Jay’s potato chips and drank an icy Coca-Cola through a striped paper straw. I stood next to bus drivers and cops, moms with toddlers—which was once me and my mom—professionals in suits and ties, shoppers, pretty much anyone who lived in Chicago back then.”

Reading through Borzo’s book, which includes lots of old photographs, a lifelong Chicagoan is bound to remember some of the places. In the opening pages alone, Borzo cites Chinatown’s recently closed Won Kow and Schaller’s Pump, both longtime institutions that were covered in this publication (September 30, 2014 and January 6, 2016, respectively) shortly before both closed their doors forever.

Some of the restaurants and clubs in Borzo’s book came, enjoyed great popularity, and went before most of us were born, and probably, despite their importance at the time, are unknown today. In the late 1940s, for instance, the elegant Cloud Room opened in the main terminal at Midway Airport. In the fifties, the location attracted a remarkable 1.25 million people annually, including notables like Clark Gable, Jack Benny and Jimmy Stewart. It was big. It’s now forgotten. 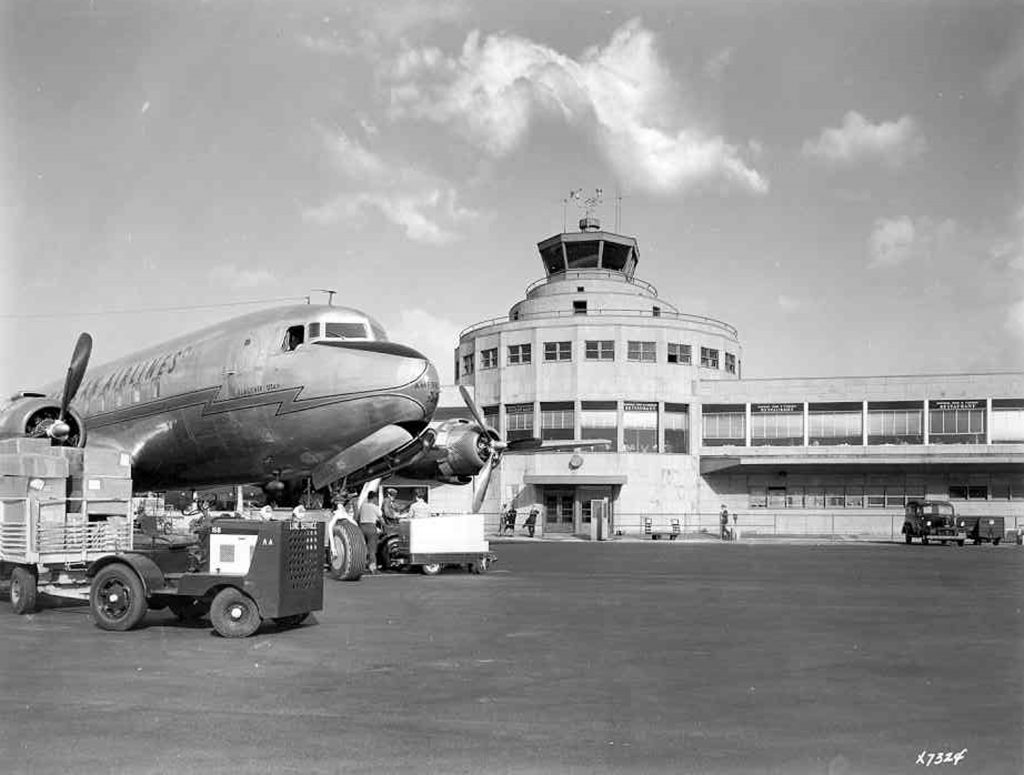 Before even that Eisenhower-era culinary attraction, there were the early Chicago restaurants, like the Sherman House, founded by the son of Civil War general William Tecumsah Sherman in 1836 and surviving until 1973.

I asked Borzo if there were any restaurants he regrets never visiting.  “Top of the Rock at the Prudential Building. It was the place to go at the time, for a date or special occasion. Also, having eaten there would have afforded memories of what the area near Michigan and Randolph was like back in the 1950s and 1960s… Train tracks, parking lots, warehouses and all, especially to the south. What a difference from what’s there to see today: Millennium Park.”

I asked Sohn the same question. “The Bakery and Charlie Trotter’s. Why? So I could stop being embarrassed about having never been to either. And, more importantly, they are both such legendary and incredibly important restaurants in the history of Chicago dining.”

Serving me what was probably my first “fancy” dinner, The Bakery at 2218 North Lincoln was a storefront place that felt like a French bouchon, with close but comfortably spaced small tables, the servers all pros, moving with relaxed efficiency. The Bakery had a simple take-it-or-leave it prix fixe menu. There was one entrée served every night; no choices required or requested. Heading it all was the forerunner of today’s celebrity chef, Louis Szathmary. Broad-shouldered, walrus-mustached, Szathmary in his high white toque would come out of the kitchen now and again to serve a dish and chat up the customers. One may assume that with an unchangeable three-course menu, he may have had more time on his hands during service than most chefs. The Bakery was, inexplicably, BYOB, and on our first of several visits, we brought two Riojas, a red and a white, that our waiter asked if he could try, never having seen that then-exotic Spanish wine. We were served the several courses—almost always including beef Wellington—and a lot of warm memories, for what seemed at the time the extravagant price of $25. 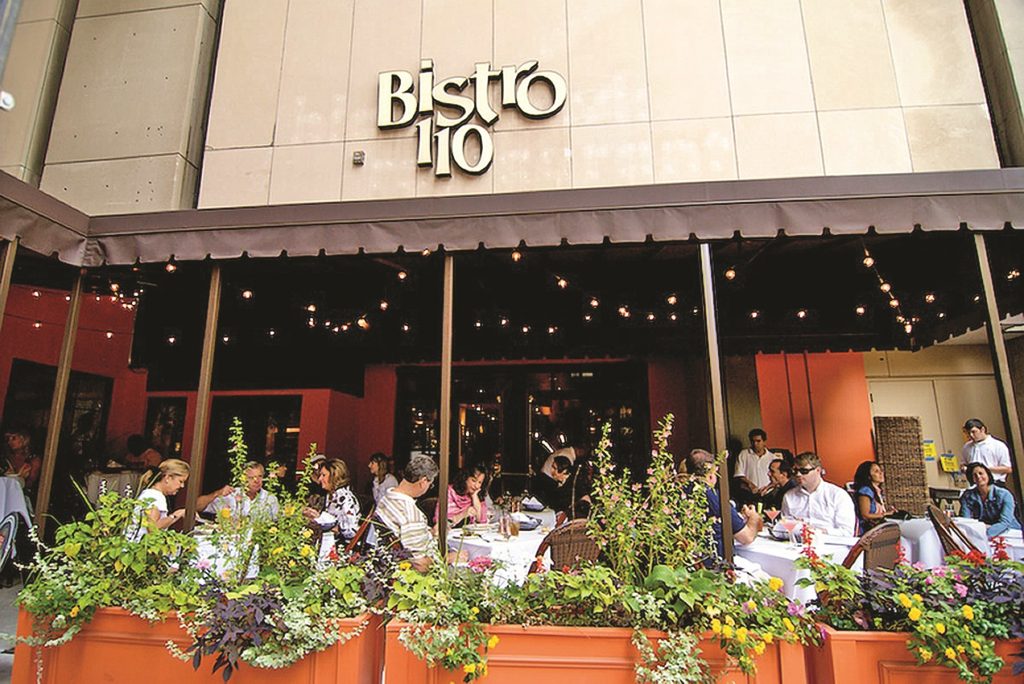 Borzo notes of Charlie Trotter’s that “this culinary-school dropout credits unforgettable meals at The Bakery and Le Francais for turning him on to a lifetime of cooking.” Le Francais is not covered in “Lost Restaurants of Chicago,” because part of its charm was that it was located outside Chicago and required a hero’s journey to the faraway land of Wheeling). Having eaten at Le Francais in the seventies, eighties and nineties, we can say with some assurance that although it continued to be considered a world-class restaurant, by the mid-nineties, it lost its luster. Compared to the early years of brilliance and perfection, it came to be a caricature of itself, pretentious, almost snooty, and the food not as exquisitely executed. (We visited Charlie Trotter’s in the eighties and nineties and, during that timeframe, he succeeded in creating the magical dining experiences we remembered from our first visits to Le Francais.)

So could Borzo remember one restaurant that people adored and continued to visit even after the food had noticeably declined? “Dianna’s Opaa (in 1993). The place got rundown, even shabby, toward the end of its run. More and more of the dishes were obviously prepared well in advance and simply scooped up off a steam table. The décor was dreary and even dusty. But for years it had been the classic Greektown restaurant. Kogeones, the gregarious owner and ‘Mayor’ of Greektown, used to greet everyone and give out free shots of ouzo while they were waiting for a table. We kept going back, especially at the insistence of out-of-towners, because of the good memories of Kogeones, who would sometimes lead a Greek dance, and of fun meals there, with loud music, ample food and plenty to drink. Petros Kogeones would walk up and down the line, pouring the licoricey ouzo to anyone who wanted some (and that was pretty much everyone), paying special attention to the ladies. He was a character.”

Restaurants sometimes close not because of economic conditions but because the owner of the place felt it was the right moment to bring down the curtain. That’s what happened at Bistro 110, Ambria and, of course, Hot Doug’s—all ended on a high note, with legs to go further if the owners so desired. The owners, however, did not so desire. 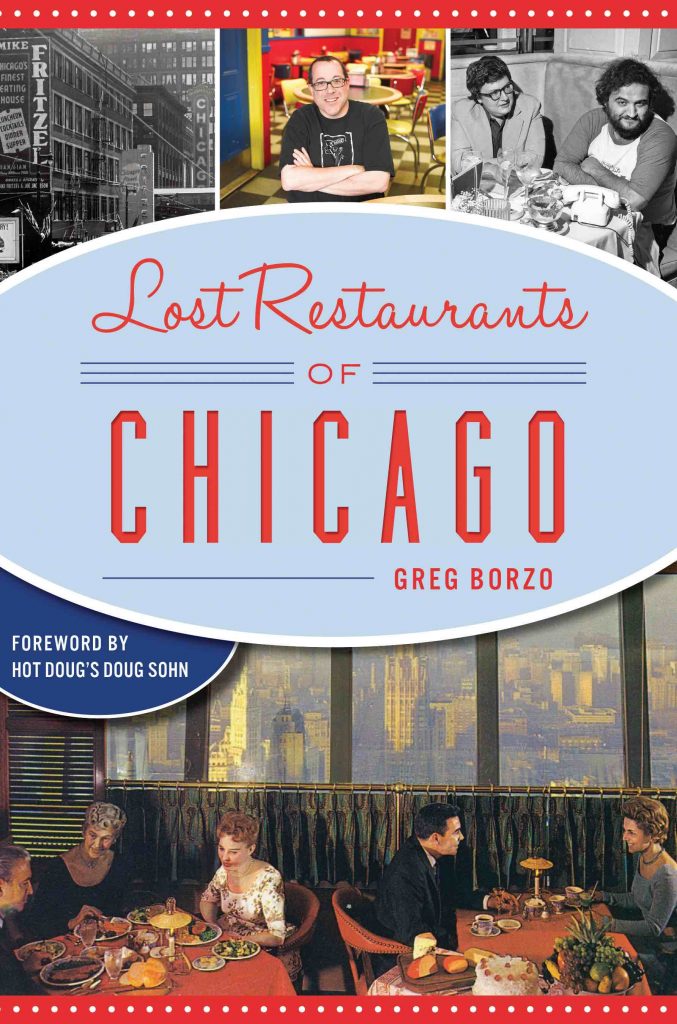 Reading through “Lost Restaurants of Chicago,” it’s hard not to feel regret for not having visited so many places that folded in the last twenty years. Surely, for one reason or another, some great restaurants will be lost in the year to come. I asked Borzo what restaurant he would recommend that we visit before it’s too late. This inquiry did not mean to imply that a restaurant was doing poorly, but I was curious to know if there was one or two places that had been around for a while and that people should really visit before owners decide they’ve had enough of a good thing. Borzo recommended a place that I’m guessing most Newcity readers have never visited. “Bruna’s! It’s great! The food is excellent, and the ambiance seems genuine 1930s or forties. It won’t last forever, even though I wish it would, because it’s so real, so genuine. But it’s off the beaten path, in an older Little Italy, and it does not have a hip feeling or a buzz to it. Also, I wonder how long Italian Village will be able to survive. It’s going strong but since they’re located on a piece of property that must be worth a fortune, they might not be able to hold off offers to purchase the property for very much longer.”

Any restaurant, even a successful one, could close tomorrow. You never know. That’s why my new philosophy is to eat out da Chicago way: Early and Often.

As touched as I was by Sohn’s fond recollection of the Woolworth’s counter—“with the hot dogs heating as they rolled back and forth on the metal contraption that was designed solely to cook wieners”—I asked him if he thought those red hots would be as good today as he thought they were yesterday. “Probably not. And for a variety of reasons, including, most importantly, how much I’ve changed: age, taste buds, experience. It was the time and place that created the memories. Can’t be repeated.”