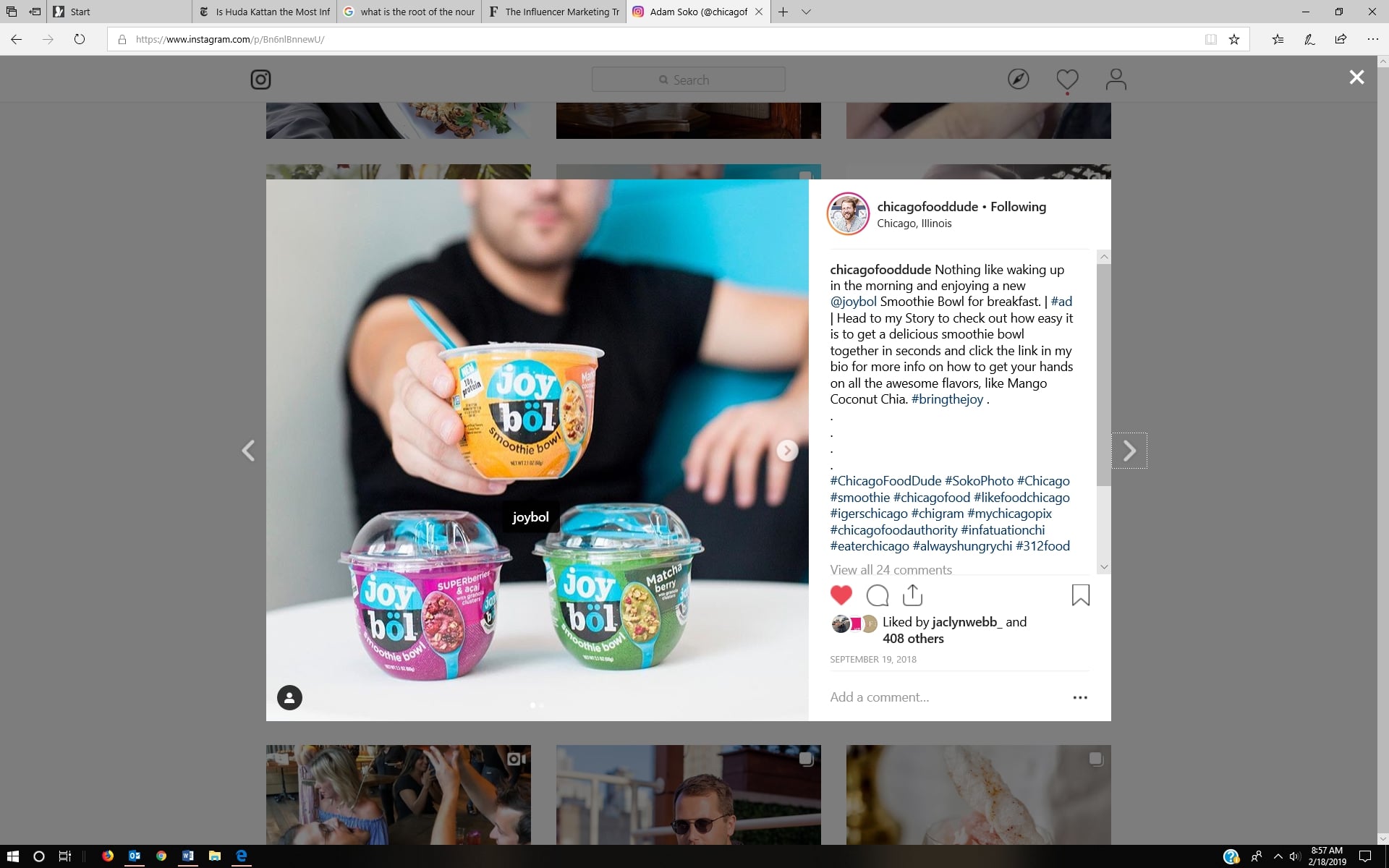 You’re sitting in a restaurant. At tables around you, every other person is taking photos of their food, sometimes a snap or two, sometimes surreptitiously. Then there are those who’ve brought their own lighting gear, sleek sources of illumination, usually quite bright, to make their photos look about as close to professional quality as possible without benefit of a studio. Some of these people are, indeed, professional photographers because they’re shooting photos and videos and then posting them online—on Instagram, Twitter, YouTube, Snapchat, Facebook—for compensation. Some of these posted photos may earn over $1,000 based upon their level of perceived “influence.” There are many ways to measure influence, including the number of Instagram followers who may see the posted photos. More followers mean more impressions, more people who might be influenced by a photo of a delicious hamburger and inspired to go to that restaurant and order one for themselves. Most of us are comfortable with mass marketing, and we don’t have any problem with people promoting products and getting paid for it. So why are some scandalized by influencers who promote products—food, cosmetics, whatever—and get paid to post pictures on social media?

“Influencers are a necessary evil”: A public relations representative who asked to remain anonymous tells me, “We have to use influencers in our business. They are a necessary evil.” That word hung in the air: “evil.” Evil? Perhaps that’s an overstatement, but there is no doubt that influencers work in a mysterious way, and people are suspicious of what they don’t understand.

Influencers establish a reputation that enables them to influence their followers’ decisions to act, usually by buying a product or service. Influencers provide a kind of celebrity endorsement for a product, like, in the decade past, Brad Pitt for Chanel No. 5 or Bill Murray for Suntory. One reason influencers are mysterious is that few want to speak on the record about what they do. In preparing this article, I contacted local influencers who did not want to talk about what they do for a living. Public relations professionals, some of whom I consider friends, said “thanks, but no thanks” for the opportunity to talk about how their company works with influencers.

Why would influencers, or people who hire influencers, be hesitant to talk about what influencers do? To get a better sense of who influencers are and what they do, we talked to three people, each on this year’s Newcity Big Heat list: an influencer (though he doesn’t like the term); a more traditional journalist who shares the same spaces with influencers and a public relations professional who has worked with influencers to bring attention to her clients.

Adam Sokolowski, chicagofooddude: “’Influencers’—I loathe the term.” Adam Sokolowski leverages social media to get messages out to his 43,000 followers. Sometimes these messages are clearly product-related and sometimes they seem just for fun. Either way, Sokolowski is open and straightforward about what he’s doing. He prefers to be called a “digital content creator,” which puts the emphasis more upon what he’s doing rather than upon what the intended effect—influence—is upon his followers. Credit must be given to Sokolowski and others for figuring out a way to make a living from emerging technologies and for being honest about what they’re doing. The photos from one of his Instagram accounts frequently contain the hashtag “#ad” to make it clear that these are paid advertisements. That’s the way it should be, I guess, although not all of those who post advertisements seem as scrupulous about alerting readers that they are being paid for the promotion. Unlike the other influencers I contacted for this article, Sokolowski was willing to answer a few questions about his profession.

What kind of clients do you have and what kind of work do you do for them?

I have clients as an influencer, and I have clients as a social media marketer. Influencer is for my page. Marketer is for other businesses’ pages. As an influencer, I create digital content that is broadcast to my audience as an advertisement for a brand in between all the other organic content. As a marketer, I create digital content that is curated and published to other business’ pages both organically and through paid promotion. For each of these, the brand or their agency reaches out with a campaign proposal. Once we agree to a fee for my time, talent and reach, I orchestrate a photoshoot and create content that communicates the brand’s key messaging in a way that’s also authentic to my audience.

What’s your background for this kind of work?

I have a bachelor’s degree in political science and marketing with a minor in psychology, as well as recognition in photography from Washington University in St. Louis.

Do you feel there are any negative connotations to “influencer?”

Absolutely. I loathe the term. It’s presumptuous. Just because someone has tens of thousands of followers, doesn’t mean they’re necessarily an influencer. Look at their content. Is it compelling? Read their copy. Do they know what they’re talking about?

Some traditional journalists view influencers with suspicion. Why do you think that is?

I have noticed that. I’ve been fortunate enough to have a dialogue with some of those journalists and I sympathize with their suspicion. It arises from people calling themselves influencers just because they have thousands of followers when they fundamentally don’t know much about food or drink. A big problem with influencers and information in general on social media is that it’s entirely unvetted.

Michael Gebert, Fooditor: “Influencing can be one answer.” Mike Gebert is one of Chicago’s most respected food journalists. A James Beard award winner, Gebert has written for the Reader and Grubstreet Chicago, and he’s the publisher and main voice of Fooditor, a solid online source for food news and analysis.

What value do influencers provide?

I was at some conference and one of the Melman lads—Jarrod, I believe—said they were spending “some” money on influencers to see if it led anywhere. That, to me, is the right answer. It’s a new medium, and if you have money, it’s worth spending some to get experience with influencers. Will the pictures of your Instagram-able dessert posted with lots of exclamation points be THE answer to marketing your restaurant? Did we figure it all out instantly? No, but that kind of influencing can be one answer, to draw some people to some restaurants, as can reviews, chef profiles and appearances on morning TV shows.

Why is the value of influencers sometimes not recognized?

Influencers have cheapened their collective brand, by buying absurd numbers of pretend followers, by sounding like shills—and worse, cheap shills—bought for the price of dessert. To some extent, it can work anyway: if your dessert looks good, gushy text full of emojis can’t hurt it. Influencing is not exactly a rigorous science yet. 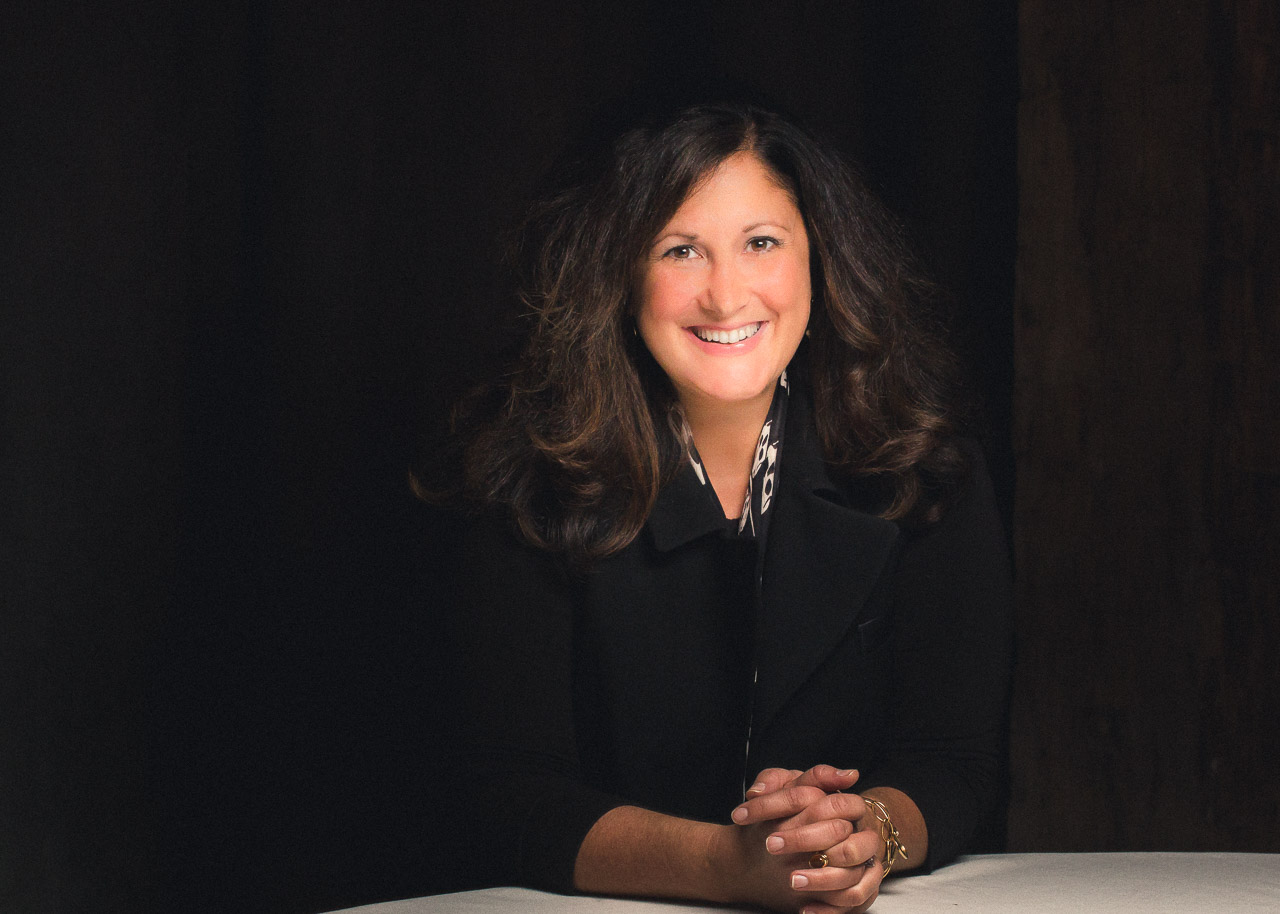 What services have influencers offered your agency?

Influencers work with us in a few different ways. Most often, we extend invitations for them to join us at client establishments for events or individual experiences for the opportunity to be featured on their social media channels or corresponding blogs. We also vet influencers who reach out to us, either those who are living here or traveling to Chicago from other markets, and who are interested in featuring client content to their audiences. Lastly, some influencers approach us with their media kits and rates for clients who may be interested in larger partnerships.

What value do influencers provide to you and your clients?

Not unlike the traditional press, social influencers have avid followers who not only appreciate, but anticipate their content. When an influencer is aligned with a client’s target demographic, their coverage provides an opportunity for increased exposure among a like-minded audience that has opted in to follow that influencer and who trusts his or her opinions. Once a post is live on a feed or a story, it has the potential to reach thousands of engagement points. While it doesn’t happen with every post, we have seen fans decide to visit a client’s establishment because of a post or story they saw. The ROI can be immediate and translate to new guests for our clients.

Could you give a general sense of what influencers charge for services?

We have seen a range, anywhere from $250-$1200 per Instagram post. I’m sure there are also rates for larger campaign and extended partnership options.

Why are some people wary of influencers? Traditional media people, for instance, tend to be suspicious of them.

As with any industry, you’re going to have individuals who set the bar for good work and creativity and those who don’t. Unfortunately, it’s those who don’t who tend to receive the lion’s share of attention and bring down the reputation of the group. With social media, there also seems to be some room to question: Did this person buy their followers? Are their engagements “real”? Are they taking advantage of their hosts’ generosity for freebies? Is this an “#ad” or not? These days, there are tools that allow for comprehensive vetting. Influencers with whom we work are transparent and willing to quantify their visits by sharing their posts/stories, as well as engagement numbers. This information indicates the reach resulting from their visits, which helps us understand the potential return.

Overall, what’s your impression of influencers?

Many of the influencers we’ve come to know and work with over the years pride themselves on authenticity, organic growth and a real commitment to their fans. I’ve seen some influencers host meet-and-greets, with hundreds showing up to meet them in person. This doesn’t happen overnight, and influencers do the best with smart, curated content that speaks to a wide audience. It’s fantastic that they’ve found a way to harness what was once an emerging marketing platform and turn it into a career.