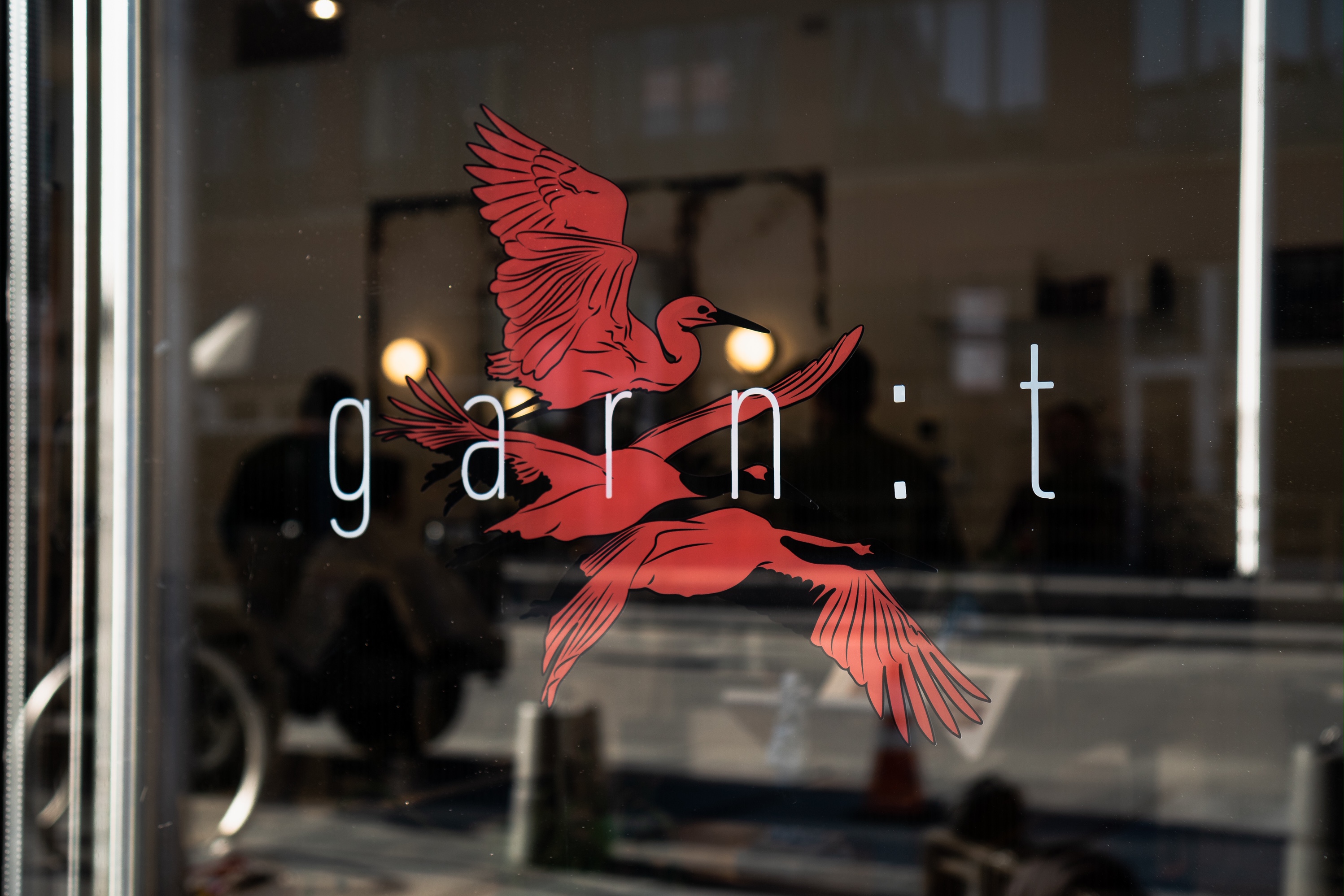 When it was one of only two Chicago restaurants to boast the coveted three-star Michelin rating in 2010, L2O closed its doors in 2014, but not before leaving a lasting impression on chef Alex von Holdt. At L2O, von Holdt perfected the art of pastry-making and worked alongside Matthew Kirkley, the restaurant’s executive chef and the current United States 2019 representative at the prestigious Bocuse d’Or competition. Alex remembers being pushed by Kirkley harder than he’d ever been pushed before.

Von Holdt remembers meeting Justin Arnett during a busy moment in the kitchen. The two grew together as co-workers, von Holdt, a pastry chef and Arnett, a food runner. Time put a pin in their partnership as von Holdt maneuvered the culinary scenes in Portland and Chicago, and Arnett navigated media and hospitality. Their paths crossed again in 2016, and they embarked on a journey to help chefs cultivate their unique visions.

“I was working at the Peninsula Hotel,” says von Holdt, “when Justin approached me with the concept of Garn:t. It would be a truly collaborative dining series, a vehicle for multidisciplinary artists and creatives, a unique experience and environment for themselves and their guests. I said ‘yes’ before Justin could even finish his sentence.”

Committed to culinary distinction and elevated by hospitality that’s not packaged but rather presented, Garn:t is an ever-evolving concept that emphasizes that success is a dish best served at a community table, by and for your friends. Their inaugural engagement came together on April 9 at Blind Barber (948 West Fulton Market), an honest cut-and-a-shave shop that moonlights as a seventies-themed speakeasy specializing in gourmet grilled cheese, bar bites and ingredient-driven twists on classic cocktails.

Justin Arnett, the driving force behind full-service creative house B | E | Co and Garn:t, says they’re not anti-event, but rather pro-series. Accentuating an array of interests and a variety of talent allows Garn:t to underline not just one but many aspects of an engagement.

“The highlight was being able to work alongside a friend and colleague through a multitude of disciplines,” says Arnett. “From Dayson E. Roa capturing the energy of the evening, to Felton Kizer of Kizer [Journal] documenting the unexpected moments, while Zazaza Disco (Bridget Marie) was spinning vinyl, it was a beautiful complement to the culinary ambition of Alex von Holdt in the kitchen. With Garn:t, we’re always conscious of how others are represented, and all elements contributed to the diversity of the ecosystem.”

From concept to completion, von Holdt and Arnett consider all aspects of the engagement, and the menu is no different. Guests were met at the entrance to the barbershop with a glass of whiskey, neat, and told to wait for the doors to the speakeasy to open. Once inside, Arnett made quick work of pairing old friends with new and replenishing empty drinks, making introductions and offering menu suggestions. The cocktails came first, courtesy of the Blind Barber bartenders and crafted to coordinate with von Holdt’s menu.

The first dish, crucifer ash marbled fluke dressed in oaked almond and preserved citrus, was meant to capture tones of seasonal changes as the snow was beginning to melt and give way to the greenery of spring. The delicate earthiness of the fish, complemented by charred crucifers matched flavors reminiscent of the hopefulness associated with the long wait for winter’s end. 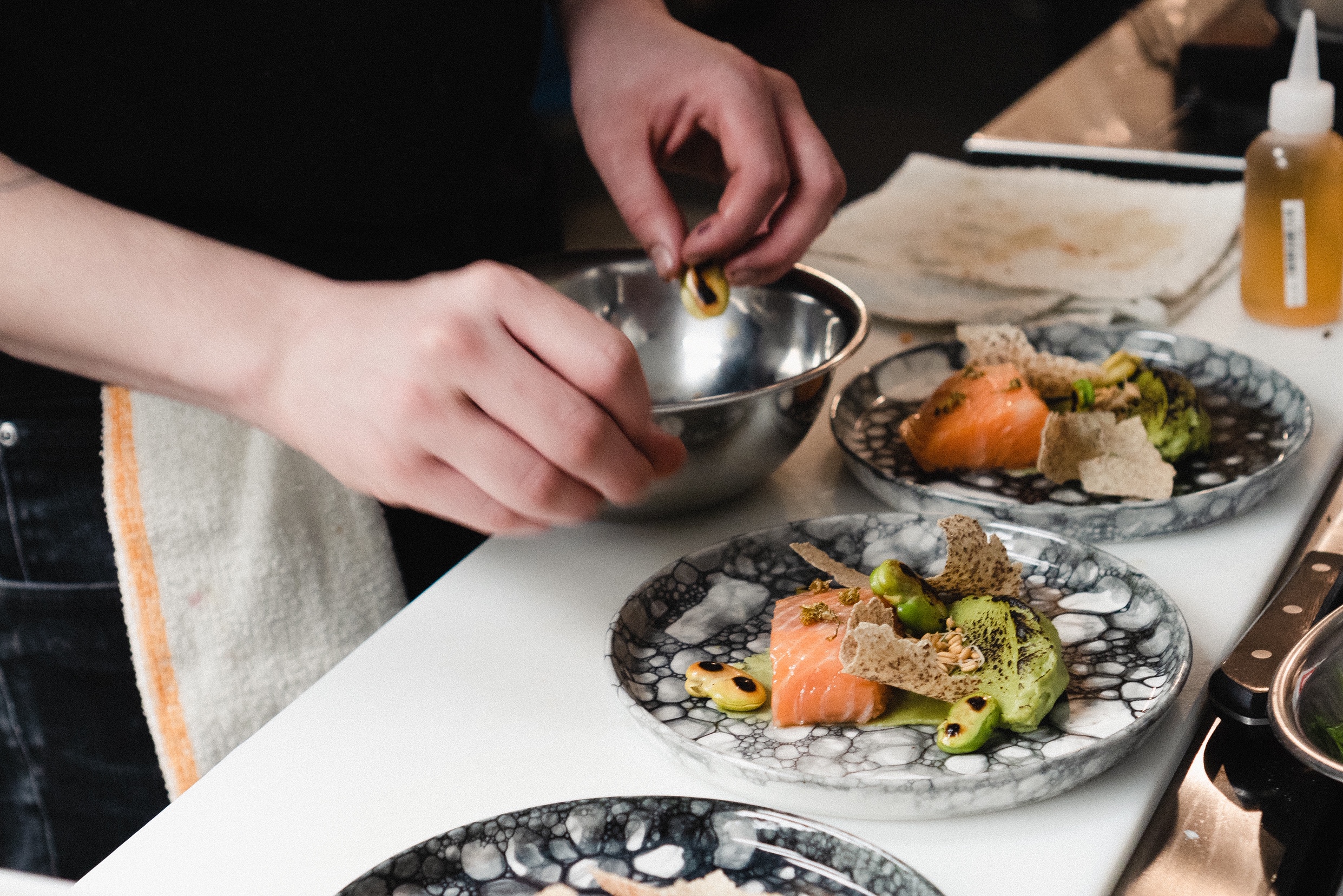 Next came a gorgeous piece of barely warmed Ora salmon with fava bean and red wheat. The salmon was prepared and served half-cooked. Salt and heat worked together to permeate the flesh of the fish, unraveling proteins and muscle fibers to cure it, resulting in a creamy, decadent texture garnished expertly with two preparations of fava beans with a smoky aroma.

The pièce de résistance, a blueberry saba-lacquered dry-aged duck asado with sour blackened alliums and agricole pears, rounded out the menu nicely. The dish didn’t feel exaggerated; it was well placed in the dimly lit space punctuated by a gorgeous neon sign that read “pretty please” hanging above the DJ booth. A sentiment shared by the guests who may have entered as strangers but later exchanged bites from one another’s plates and exchanged phone numbers.

For dessert, there was winter-scented, heavenly anise yogurt, served with crystallized figs macerated in chartreuse. A startling throwback to winter flavors perhaps pushed to the backs of our minds post-holidays, but somehow suited to the chilly spring wind of the city. 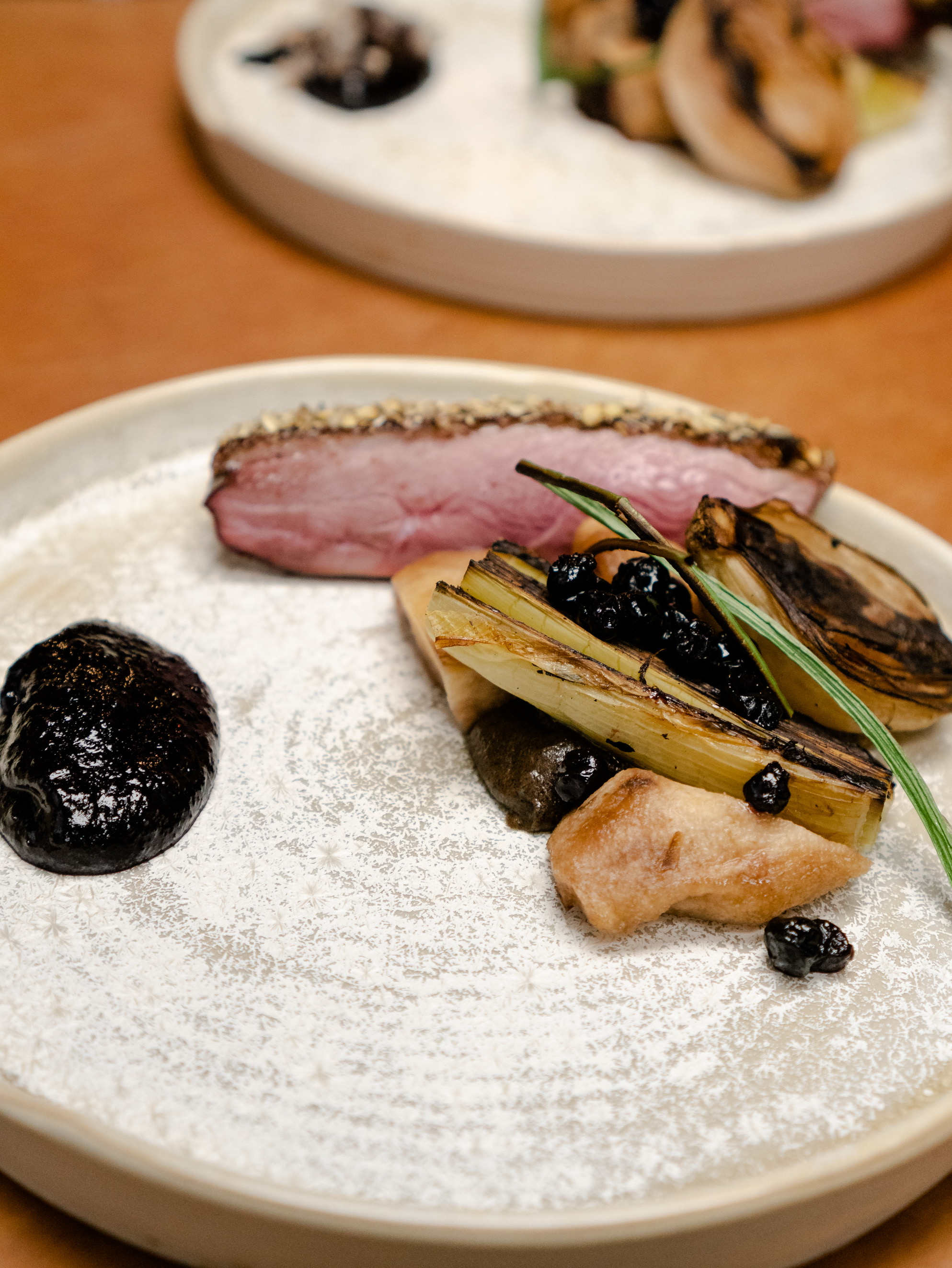 Conscious collaboration was a consideration from the beginning, and ingredients were sourced as locally as possible. Naming Green City Market as a key resource, especially in late spring and summer months, von Holdt also gave shout-outs to Fortune Fish Co., Tensuke Market in Elk Grove Village, The Spice House and Terra Spice.

What do future engagements hold for the mobility of Garn:t? Blind Barber remains their public venue, but a brick-and-mortar space isn’t necessarily just a twinkle in von Holdt’s eye. Maybe a progressive patisserie somewhere down the line? With a growth plan rooted in organic structure and an emphasis on thriving in the present, the possibilities are endless.

“We want to be part of the venues we align with, providing pathways of opportunity to creative culinary spaces while remaining conscious of the unknown,” says Arnett. “The idea of Garn:t is rooted in multitiered possibility.”