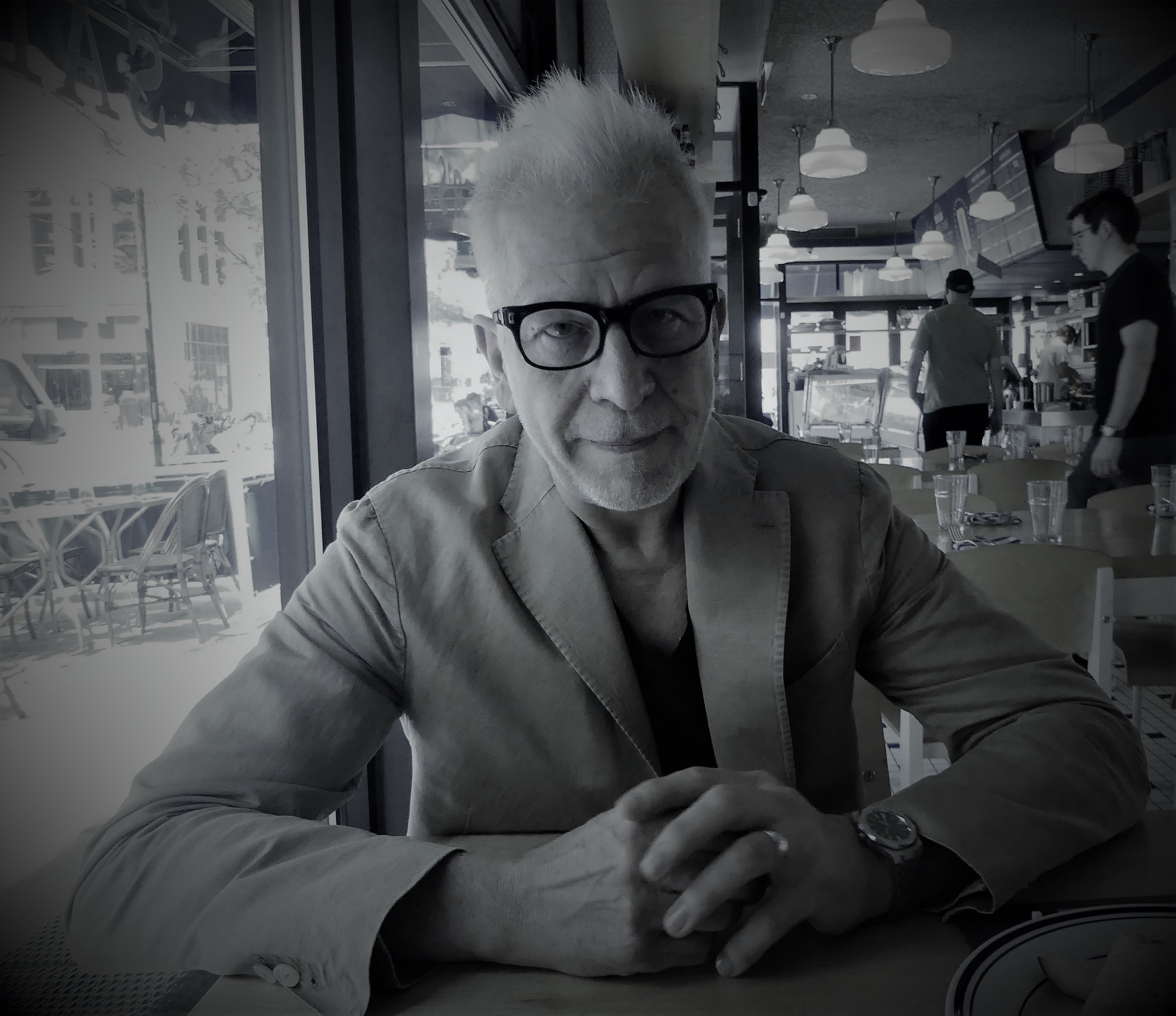 Many have interviewed Donnie Madia about his stunning string of successful restaurants—Blackbird, Avec and others—all operated under the auspices of One Off Hospitality, owned by Madia and his partners, and about the James Beard Awards he and his team have won.

At his newly opened Cancale, Madia hustled up to our table to say hi to one of my tablemates. “How do you stay so slim?” the lady sitting across from me asked him. “Well, I’m always moving, so I get a lot of exercise. I can’t sit still,” Madia said, adding “I have undiagnosed hyperactivity… and dyslexia.”

Madia went on to explain how he was disciplined with a punch by one of his teachers and eventually had to switch schools because he was having problems, mostly with consistent tardiness.

That, I thought, is interesting.

After dinner, I chatted with Madia. We arranged to meet later in the week at Publican Quality Meats. On the day of the interview, Madia seemed apprehensive, perhaps vulnerable because he knew I wanted to discuss personal stuff, his non-business side. To bring down the tension, we started by talking about Elvis, and Madia lit up. I was headed to the Tupelo Elvis Festival the following day.

“I liked Elvis in the beginning,” Madia says, “and then I didn’t, and then I did again near the end of the sixties,” the period heralded by the legendary 1968 comeback special. Both Madia and I were kids when Elvis was still in the big time, we were both behavior problems in school, and we both faced corporal punishment at the hands of teachers in the public school system—treatment that would now result in a lawsuit and maybe prison time for the overly zealous teachers. It was a different time, and I was interested in that formative period in Madia’s life.

Madia remembers most clearly the time spent around his mother’s table, and it’s no surprise that these family dining experiences left an impression on him and shaped the man he became. Madia came back to the topic of family dinners: “When we were hosting large groups, which was common, dinners were typically between twelve to twenty people.

“My mother and my aunt always sat down last to eat. They had perfect timing for the next course: once people cleared their plates, they finished with homemade bakery items, cookies, cakes, something sweet. My mother and aunt cleared the tables and washed the dishes, seamlessly, without effort, and more importantly to them, without disrupting what was happening at the table.

“The impression they left on me was that they were always available to their guests to cook this incredible full-course Italian meal. They always thought of themselves last. Making people happy. That was their only goal.”

It’s easy to see how these life lessons conditioned Madia’s hospitality orientation: wonderful food made with feeling, flawless timing, unobtrusive service and an unrelenting focus on the happiness of the guest. Food memories are some of the most powerful of all our early recollections.

“My uncle, who lived on the South Side, he and his wife had a pizzeria,” Madia remembers. ” My mother had a recipe for homemade giardiniera. We would drive to the pizzeria, and my mom and uncle and aunt would be cutting fresh peppers and celery and mixing it together with fresh olive oil, salt and pepper. I had to help a couple of times and get my hands in there to mix things around. They would store everything in Ball jars. We’d drive to Michigan and she would pick and buy bushels of tomatoes, boil them and peel them at home, an arduous job, all by hand; there weren’t the same appliances we have now. They would bottle all the fresh tomatoes and we’d have this cool little temperature-controlled shed, filled with tomato sauce. It was such a glorious thing to have fresh tomato sauce.”

Home was a place of safety and comfort; school was challenging because of Madia’s dyslexia and hyperactivity. To counter the dyslexia, he tells me he still reads and does numbers, twice, to make sure he gets everything right. That requires extra effort, but gives him the assurance that he’s on top of everything, solid, flawless. Still, it was hard in school. “Trials and tribulations, school and education… and my battles with dyslexia and hyperactivity. They didn’t call it ADHD back then. They called it hyperactivity. I took Ritalin through my fifth and sixth grades. I needed it to calm me down. I was really, really hyper.

“Did I get into trouble? Absolutely.

“One of my favorite punishments of all time was kneeling on the pointer. The teacher drew a circle on the blackboard and I had to keep my nose inside the circle while kneeling on the pointer. How demoralizing do you think you would feel, kneeling in front of your classmates? I think it made me more radical. I’m anti-authority. I wouldn’t concede to authority, and I believe that helps me in business today, to always question authority.” 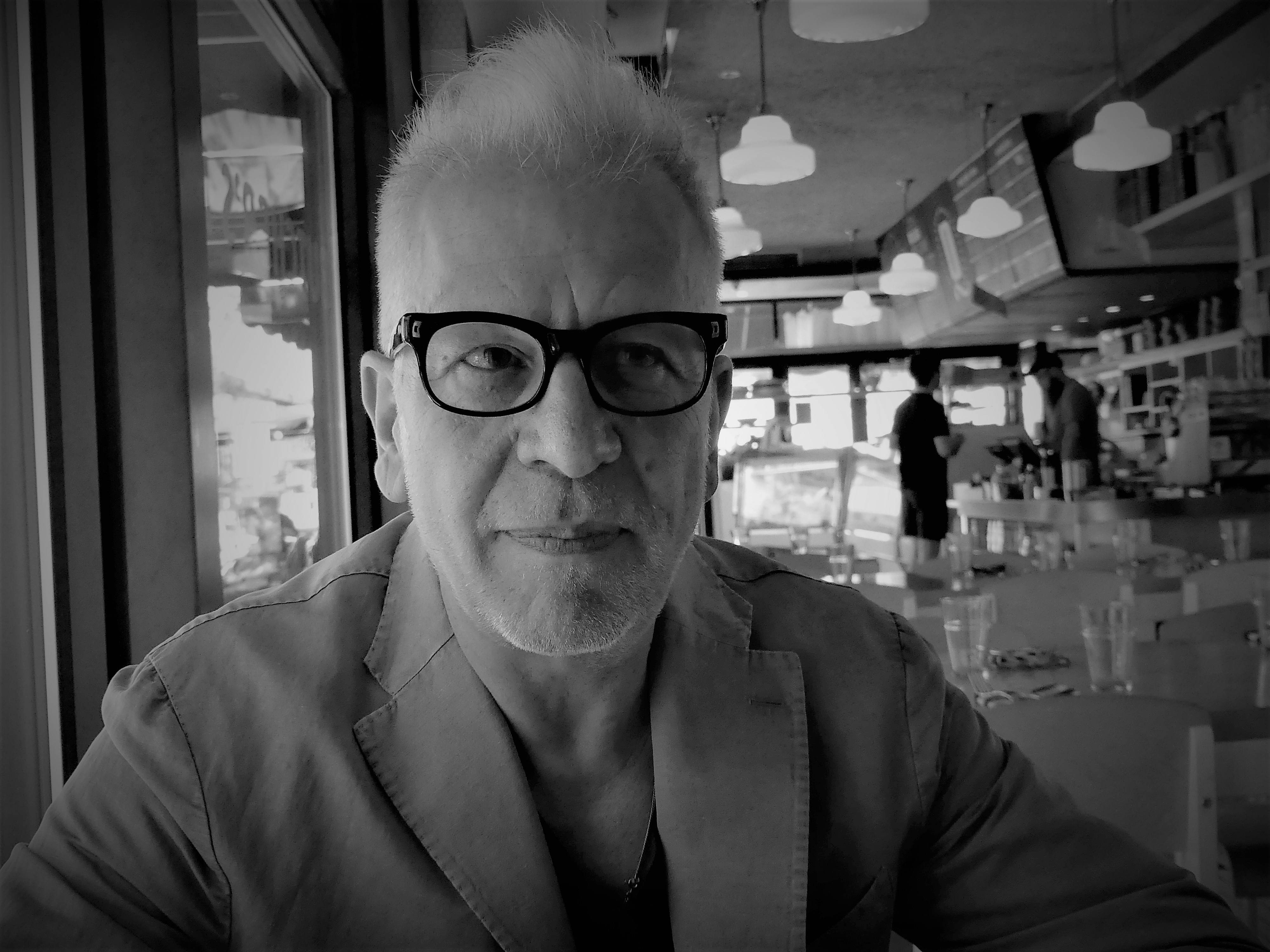 Madia reads books to his son Bronson before bedtime. He believes this nightly reading ritual is helpful for his dyslexia, and it’s clear that he’s trying to be as good a father to his son as he possibly can be, though during our conversations, no mention was made of his own father. “I think reading to Bronson not only gives me enjoyment, but it sets a tone for me to do something that my mother probably had difficulties with. Listen, my mother and aunt were incredible, smart women. My mother worked nights, so she wasn’t available because she worked two jobs to take care of her family. So, I make time to get home to read with Bronson every night. I think presence is an important aspect and also inspirational for him. Bronson has an abundance of books next to his bed. He can reach to his shelf and pull out a book, which he does almost every night. It’s so important that I am there for those moments.”

Madia is easy to spot in any of his restaurants. He’s the most stylishly dressed man in the room. Not showy or ostentatious, but thoughtful, tasteful. His sense of fashion seems intuitive. I wanted to hear about his early experiences with clothing and, in that way, how he created an identity for himself. When I was in Tupelo talking to actual friends of young Elvis from back in the fifties, they all said Elvis, even in high school, had a different look, he stood out from the crowd, with his pink shirts and wild hair, an unmistakable individual. Madia, too, sees value in being his own man, distinctive, a “one off.” “Cousin Willis, my aunt’s son, was ten years older than me,” he recalls. “So he had some influence on me. He was a really sharp dresser and a smart businessman. I remember my mother taking me on a bus to Maxwell Street. I begged her. I pleaded with her, ‘I want a black leather jacket like cousin Willis.’ I think I was trying to look older. Instead of a black leather, I got an olive green one. It was snappy. I thought to myself, I’ll single myself out. I guess that was the right idea.”