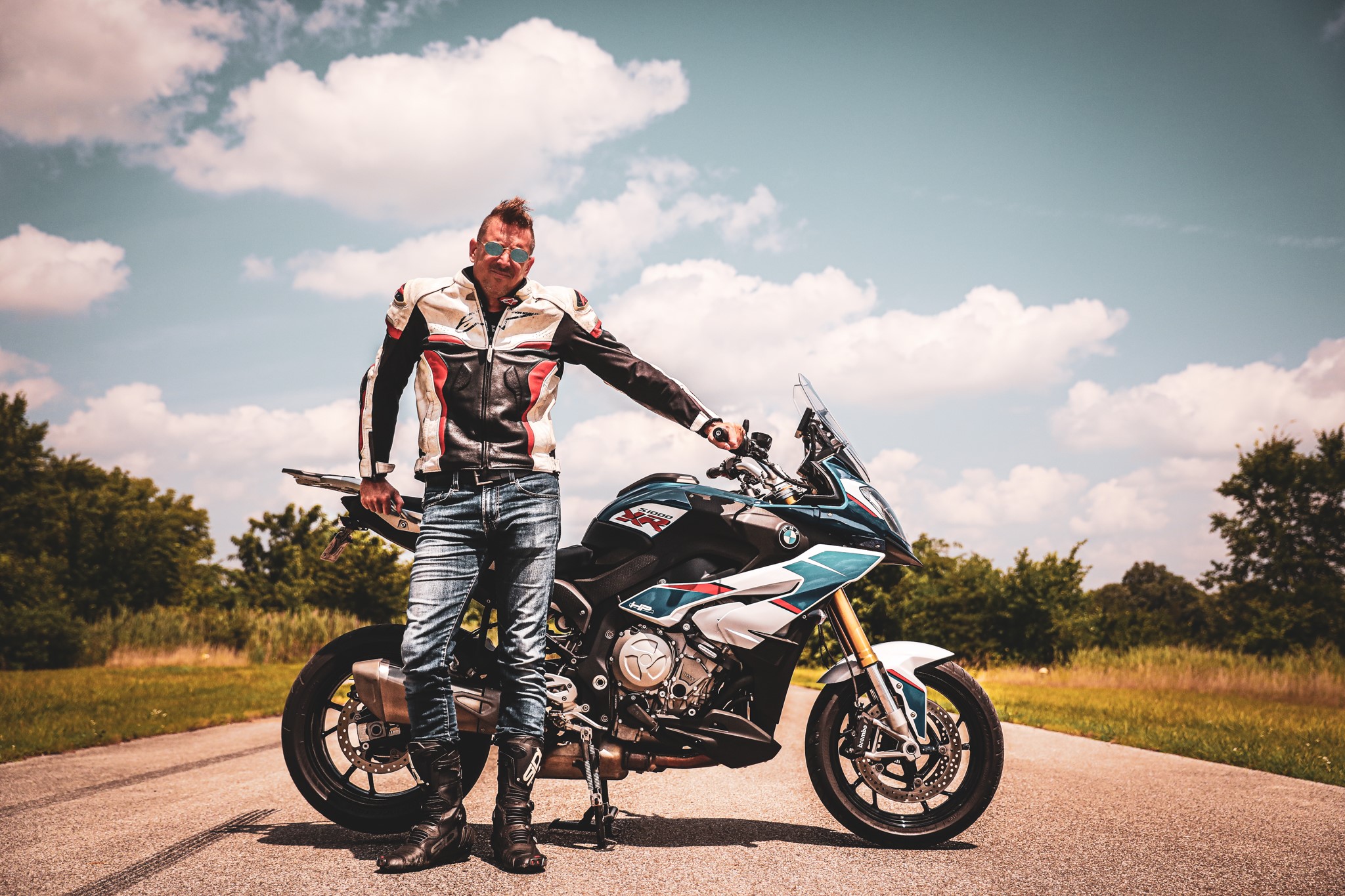 Michael and his motorcycle

December, 2017. Michael Muser, general manager of Grace, and chef Curtis Duffy, left the restaurant that had gained three Michelin stars, one of only fourteen restaurants in the United States to achieve that level of excellence. Grace closed at the height of its success and the Chicago culinary community was caught off guard.

Since then, Muser and Duffy have been planning their next move, a restaurant called Ever, scheduled to open in spring of 2020. We started our conversation with Muser by talking about the past few years, after Grace and before Ever.

Is it correct to call the period after the closing of Grace a hiatus for you?

There was a kind of hiatus, a break. For Curtis, it was like “I need my family right now.” And I did, too. At the exact same time that Grace closed, I’d just had my first kid. So I definitely took some time. If I could take something from the hiatus, an amazing hallmark, it was being able to partake of the first year-and-a-half of my baby’s life. But I like working sixteen, seventeen hours a day. It’s why I’m in the restaurant business. It’s entrepreneurial spirit. You go to work there all day, all night.

But you’re taking some time to ride your bike, right? We’ve got the photos.

You know, I can get on that thing at 5:30am on a Sunday and an hour-and-a-half later, I’m skipping like a rock over the Illinois River. I’m out there.

I’ve been riding for only about eight or nine years now. I finally manned up and made my way through the forest of people who said, “You’re going to die!” But I finally got the motorcycle and, man, did it remind me of how important it is for me to see things. It depresses me how many people have no idea what Main Street in Gary, Indiana looks like. Dude, have you been to that church? There’s a church in Gary. It’s not even off-limits. They let people in. This is a massive, destroyed church that you can go climb around in. It is epic. Magic in a box, man.

In June, Eater updated their coverage of Ever, under the headline, “Ex-Chef Curtis Duffy to Open Chicago’s Most Expensive Restaurant.”  Is that accurate? How do you respond to that?

Phil [Vettel, Tribune food critic] put the price-point range in there, and Eater does what they do, they’re out for the click, so they whack me with “the most expensive restaurant in the city.” Whatever.

Here’s how it really works. About ninety days before this restaurant opens, we’ll pick up our telephones, we’ll get on our computers and we will shop our competitors. We’ll take a look at what price everyone out there is charging, make a spreadsheet, and then we’ll put ourselves right in the middle, where we always do. We just did some calls the other day, and that competitive set price puts us somewhere between three and five hundred dollars. [This is on par with Alinea, the remaining Chicago Michelin three-star restaurant.]

But our job right now is to build the most extraordinary dining room in the country: beautiful and elegant and modern, with class and heart and soul. When you open the door, you’re gonna feel loved and you’re gonna feel cared for.

A few years ago, around the time Grace closed, food writers and other culture critics were proclaiming an end to the era of fine dining. What do you say to those people?

Sometimes there are more fine dining restaurants than at other times. We shouldn’t do anything other than what we do because this is what we do. We’re not stupid. We know our art form; we know our baseball. This is our version of our world. Fine dining is what we know how to do.

Another side of this is that Chicago is a great culinary city. Chicago deserves a room like Ever. We need these joints. We need these restaurants that people will drive to the city to visit.  Restaurants like ours give people a reason to leave the airport and come downtown to a world-renowned dining destination. That’s a magical thing. And we do it better than anybody else.

I read somewhere that you or Curtis said that Ever would make Grace seem “immature.” I ate at Grace a couple of times, and “immature” is not a word that would occur to me to use as a description of the food or service. What was that about?

Curtis was interviewed very briefly on the telephone, and what he was saying there was “Wait till you see the adult expression of what we’ve got. If you think Grace was awesome, wait till you see what we designed this time.”

I can tell you that the day we finished Grace, I looked at it and went “Damn it; we under-shot.” Grace was very beige, and I’m not trying to be mean, but it kind of reminded me of the set of “Golden Girls.” It had a very neutral tone. The design did not take very many risks. It was not very opinionated. It wasn’t forceful enough. Now, this time around, given this opportunity, we could sit back in the chair and go “Okay, baby, let’s take a little bit of a risk, man.”

So it’s not that Grace was amateurish, but rather that you’re always trying to do better?

The worst day of the week for Curtis or me is when Facebook shows us a food memory from like three years ago. We make fun of ourselves way more than anyone can and when we see something that we did just yesterday we look at it with a scowl, like “Why did I do that?”

Look, Curtis is the bridge between Charlie [Trotter] and Grant [Achatz]. He respects his ingredients in the sense that he doesn’t want it to go so far that now you no longer know what it is. Curtis will always say “I want the beet to be a beet, for godssake. We went to the ends of the earth to get it here in the way that it got here. Let’s have respect enough for it to let it be what it is.”

Now, that doesn’t mean we’re not going to surprise you by putting five or six other things on the plate and shock you with a combination of flavors. And that’s true of the squab. That’s true of the beef. Whatever it is, it’s him. He dances that line in the middle. He’s this beautiful writer of epic food albums that tell a story. It’s what he loves to do. No one does what he does. The restaurant we’re working on right now, it’s Curtis’ magnificent obsession. But trust me: Curtis is about as frustrating to me as any human can be. That kid sees the plate differently. There is an elegance to his plating technique. So many people throw too much at the canvas. We are not Cirque du Soleil. We’re far more ballet.