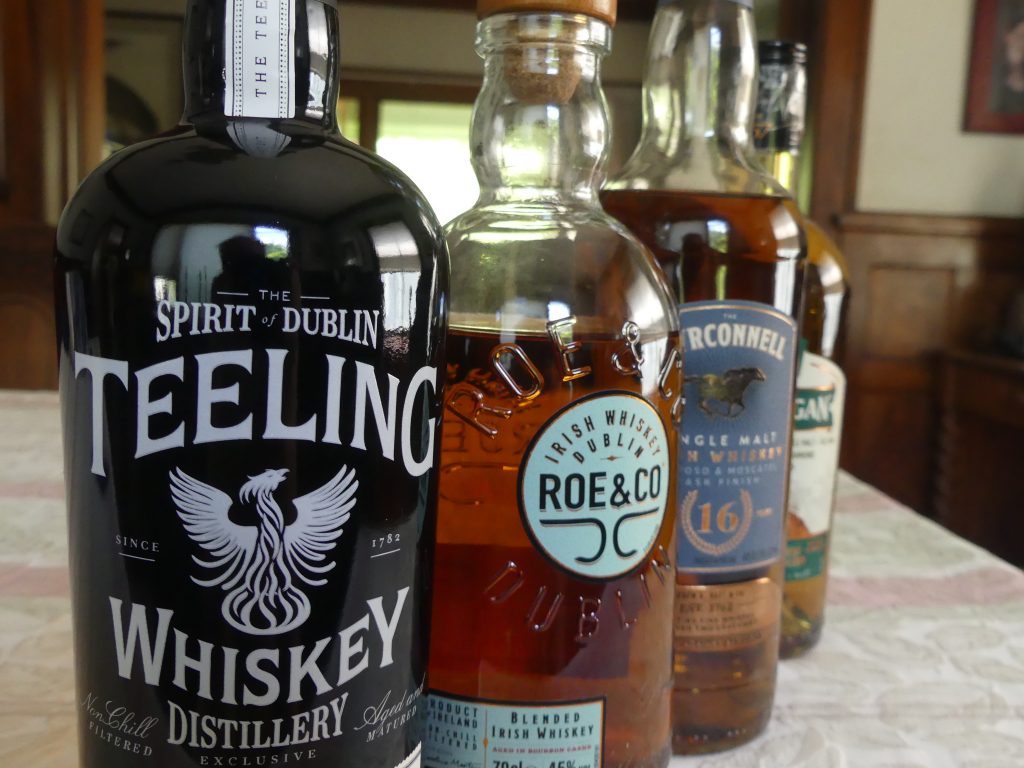 If you drink Irish whiskey at all, it’s probably a shot of Jameson, once a year, on St. Patrick’s Day.

Irish whiskey is so often consumed as shots, usually several in one sitting, it’s considered on par with vodka: a relatively inexpensive spirit, one that many, particularly the young, throw back to rapidly ascend to dizzy heights of inebriation.

While Kat Hawkins, beverage manager at Shaw’s Crab House, agrees Irish whiskey “has a connotation of something that you just do shots of in college,” there’s blame to go around.

“I think we have ourselves [industry folk] to blame for Irish whiskey taking a back seat to Scotch and bourbon,” says Dan Kurtzman of Osteria Via Stato (620 North State). “Shooting Jameson became a huge thing in the early-to mid-2000s, and it spread from bartenders to mainstream drinkers. Other Irish whiskeys followed suit [and the result has been] mass amounts of cheap Irish whiskey.“

The lack of respect for Irish whiskey is unfair. The Gaelic term for fermented and distilled barley is uisce beatha (pronounced “ish-ka baha”) and it means “water of life.” From uisce beatha, we derive the English word “whiskey,” which is compelling evidence for whiskey originating in Ireland. Some historians hold that monks traveling to the land of St. Patrick brought distillation gear from the Middle East, where it was used to produce perfumes.

According to the Irish Whiskey Association, Ireland, specifically Dublin, was once the “global powerhouse of whiskey production.” But Irish whiskey took a big hit during Prohibition, going from about thirty distilleries at the end of the nineteenth century to two or three near the end of the twentieth century.

Irish whiskey is the world’s fastest-growing brown spirit category, still behind Scotch and bourbon but gaining ground. There are twenty-five whiskey distilleries in Ireland in 2019, with about that same number opening this year or in the planning stages.

So attention must be paid to Irish whiskey… And a little respect would be nice, too.

Irish whiskey, like Scotch and bourbon, must be produced in a specific way. Basically, Irish whiskey must be made of barley (malted or un-malted, with optional grains added), barrel-aged for three years, and offered at no less than eighty proof. And it has to be made in Ireland.

“Scotch celebrates smoke, subtle citrus and earthy spices,” says Jonny Caron of Punch Bowl Social (310 North Green). “Irish whiskey celebrates oak, roasted nuts and a persistently clean finish.” Caron notes the triple distillation of Irish versus two for Scotch: “Thus the end result tends to strike earlier in your palate, whereas Scotch holds back and presents further back on your palate. There’s also a tremendous number of laws and regulations governing Scotch. Irish whiskey, on the other hand, has regulations similar to American whiskey. None of these differences make Irish whiskey an inferior product.”

The spirits professionals all felt Irish whiskey was in no way a lesser sip than Scotch, although the actual quality of the spirit may be less critical to a spirit’s popularity than its marketing. In the end, in the spirits world, it’s all about the marketing.

“I think there’s way more money involved in advertising bourbon and Scotch,” says Anton Valkov at The Press Room (1134 North Washington). “There are also a lot more distilleries in the U.S. and Scotland and way more products. More money means more options to experiment and release special editions, which are usually very high-priced. So, the perception is that they are superior.”

Jameson and Bushmills dominate the Irish whiskey market in the United States, but there are many more to choose from, with new Irish distilleries opening all the time. 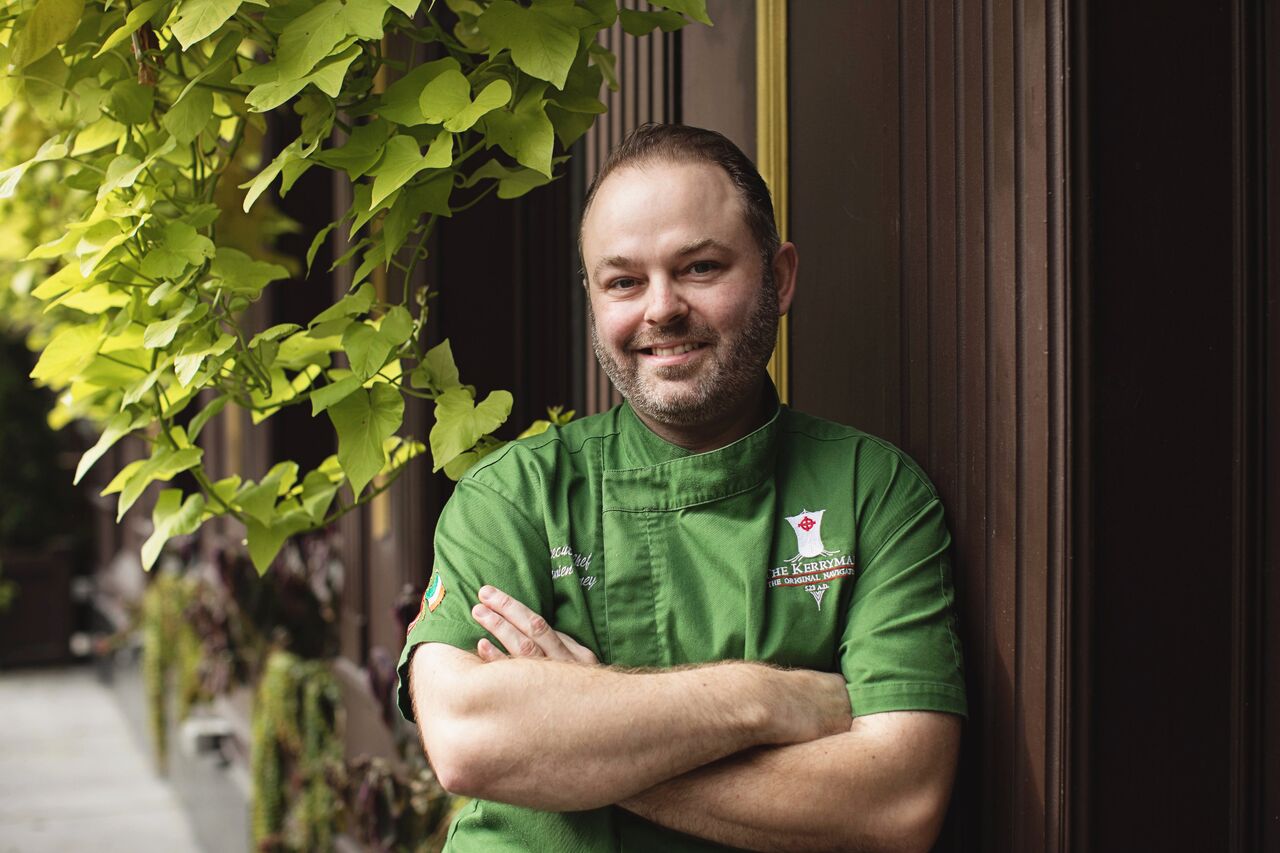 To get a sense of what lesser-known Irish whiskeys we should sample, we chatted with a real live Irish guy, Damo Maloney, chef at The Kerryman (661 North Clark), the site where Irish O.G. Dean O’Banion got his start as a singing waiter (before going on to become Capone’s major rival and leader of the North Side Gang) and where punk rock took hold in Chicago at the 1970s-1980s club O’Banion’s. It is a place that has gone through a lot of Irish whiskey.

Maloney is from Limerick, and we got his take on Irish whiskeys that he enjoys but that have yet to gain the popularity of Jameson and Bushmills.

Teeling was the first Irish whiskey distillery to open in Dublin in 125 years—or we should say reopen. The first Teeling distillery opened in 1782 in Dublin, and then like many other Irish distilleries, it fell on hard times. Maloney says, Teeling provides “a delicious small-batch blend with a very high malt content. Interestingly enough, it’s also been matured in rum casks for added spice. It’s so smooth with hints of vanilla, blackberries and allspice plus a caramel creamy finish. You won’t have whiskey face with this one—it’s that easy to sip. I like it straight up.”

Kilbeggan is the oldest licensed whiskey producer in the Republic of Ireland, starting production in 1757. “It’s a combo of vanilla, orange and nuts, with a cinnamon aftertaste,” says Maloney. “You’ll notice a spicy undertone with a small ‘bite’—perfect on the rocks or splash of water to open up the whiskey.”

Slane whiskey is produced in the Boyne Valley, and it is also available at Chicago liquor stores. Maloney explains that it’s “made using whiskeys drawn from a trio of casks: virgin oak casks, seasoned casks (which previously contained Tennessee whiskey and bourbon) and Oloroso Sherry casks. I taste sweet oak, caramel and ginger. I’d recommend this one for Irish coffee. Since the whiskey is aged in sherry casks, it tends to be on the sweeter side.”

As a son of the Emerald Isle, Maloney cops to understandable allegiances, and his preference is for Irish over Scotch and bourbon, the leaders in the dark spirits category. “Scotch has a smoky flavor, which I’m not a fan of, and bourbon is aged for only two years.” Irish whiskey is aged for three years, so Maloney says, “I might be a little biased, but of these three choices I have to go with Irish whiskey for its smooth and clean taste.”