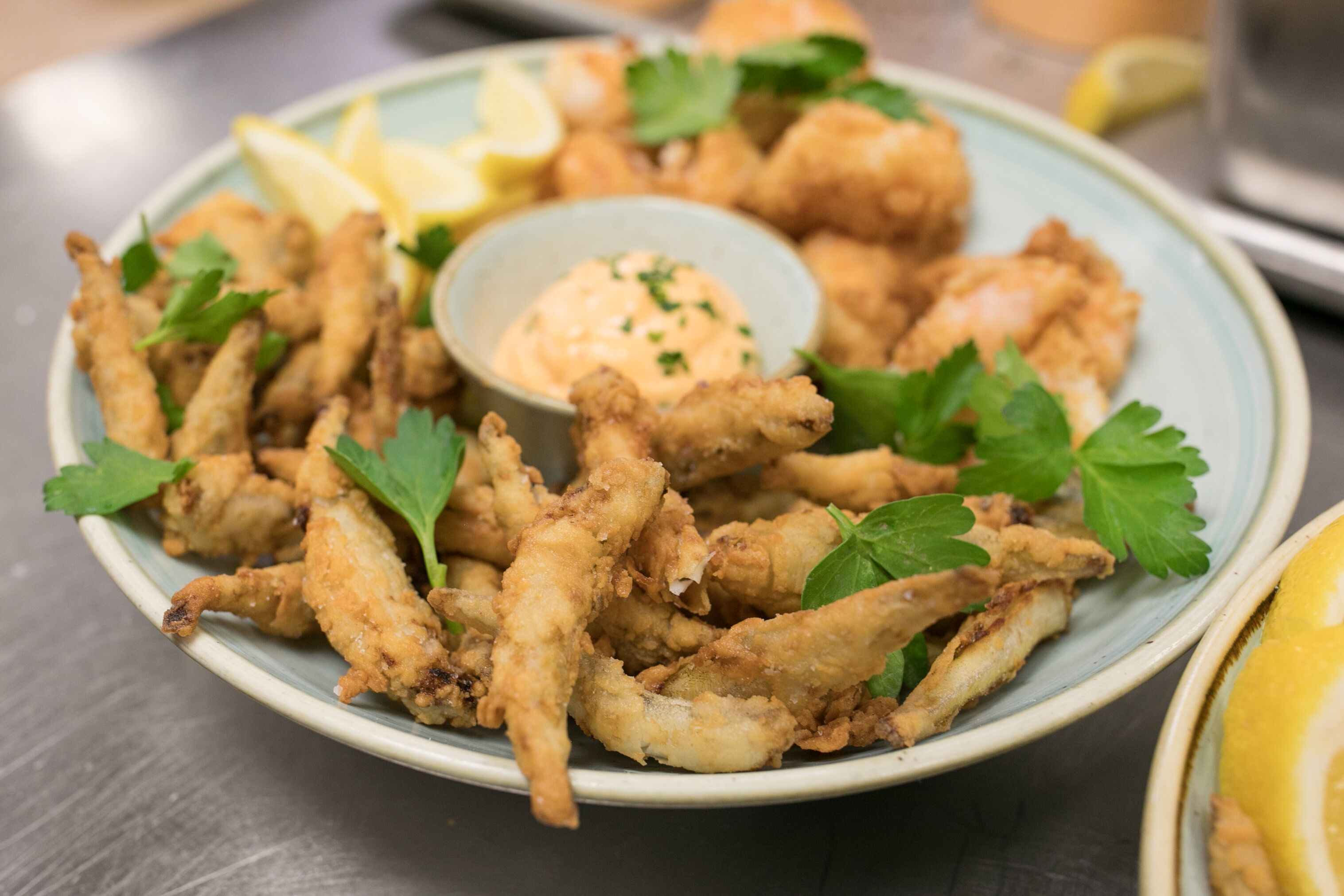 Feast of the Seven Fishes at Spiaggia/Photo: Mallory Korol, Levy

“Feast of the Seven Fishes,” Spiaggia chef Tony Mantuano says, “is much more an Italian-American thing than a European-Italian thing.”

Like other Italian-American food traditions, the Feast of the Seven Fishes began in the home rather than the church, and James Beard Award-winning and Michelin-star-earning Mantuano remembers the feasts of his youth. “My grandparents owned the Mantuano Food Shop in Kenosha. They came to the United States in the 1920s, and by the early 1930s, a very big Italian-American community had grown up in Kenosha because of the industry, the jobs. There was a Simmons mattress factory, then American Motors. If there were jobs, people would come. The Mantuano Food Shop was part of that community. My grandparents had a very large garden, and my grandmother was a hell of a cook. She made from scratch everything for Feast of the Seven Fishes.”

Mantuano remembers that when the family would have the feast on Christmas Eve, they would have a variety of fishes and seafood, including “calamari braised with tomatoes, bell pepper, fennel and baccala. Always baccala. Baccala is essential to the Feast of Seven Fishes.” 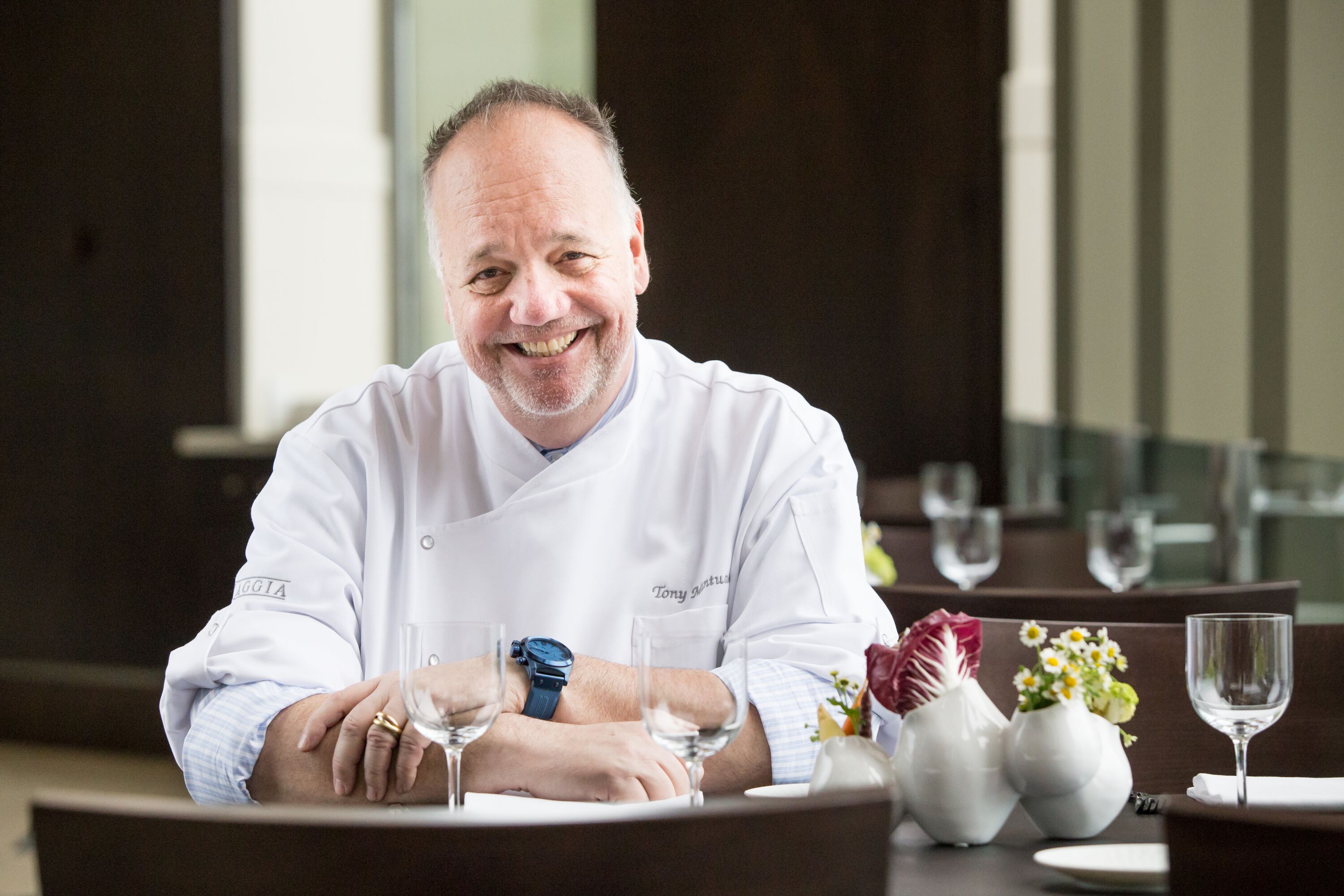 Baccala has traditionally been salted and dried cod, although now the term sometimes applies to a wider range of fish. Dried cod was common on voyages of both trade and discovery from the fifteenth century onward. When fish is salted and dried, it retains nutrients and lasts a long time without refrigeration. You can buy baccala at Italian specialty stores, especially around the Christmas holidays. We’ve prepared the Feast of the Seven Fishes at our Italian-American home, and baccala was featured prominently, not because we knew a lot about the feast, but because we had a sense that salted cod was supposed to be a part of it. Baccala’s required presence on the menu, says Mantuano, “is the craziest thing, because that fish never swam in the Mediterranean, but it’s a huge part of world cuisine, you see it in Greece and France.” We see this North Atlantic fish in Italian cooking as well.

Looking over the Catholic calendar of feast days for December, there are feasts almost every day of the month, with dates set aside to honor St. Francis Xavier (December 3), Our Lady of Guadalupe (December 12) and St. Thomas Becket (December 29), as well as twenty others. What you won’t find on the Catholic calendar for December is any Feast of the Seven Fishes, although Italian Catholics in the United States are the most likely to celebrate this feast.

The Roman Catholic ‘feast” is not necessarily an extravaganza of food. Although food and drink may play a part of that celebration, it’s not usually the focus. A feast is a joyous occasion (from Latin, feste, or joy) when a saint or some other sacred being is honored and celebrated.

“Feast of the Seven Fishes,” says Mantuano, “is a tradition that doesn’t have a lot of rules.” If the Feast of the Seven Fishes is celebrated anywhere in Italy, it’s in the south during “La Viglia,” the vigil kept the night before the birthdate of Christ. The tradition of eating seven fishes or seafood dishes on Christmas Eve is as Italian as Italian beef or deep-dish pizza. The celebration is mostly an American thing, like Cinco de Mayo, traditionally bigger in the United States than in Mexico. The first recorded mention of Feast of the Seven Fishes was in the New York Times and the Philadelphia Inquirer in the early 1980s. That doesn’t mean that the tradition didn’t begin until then; it’s just the first year the feast attracted enough of a following that the newspapers noticed. 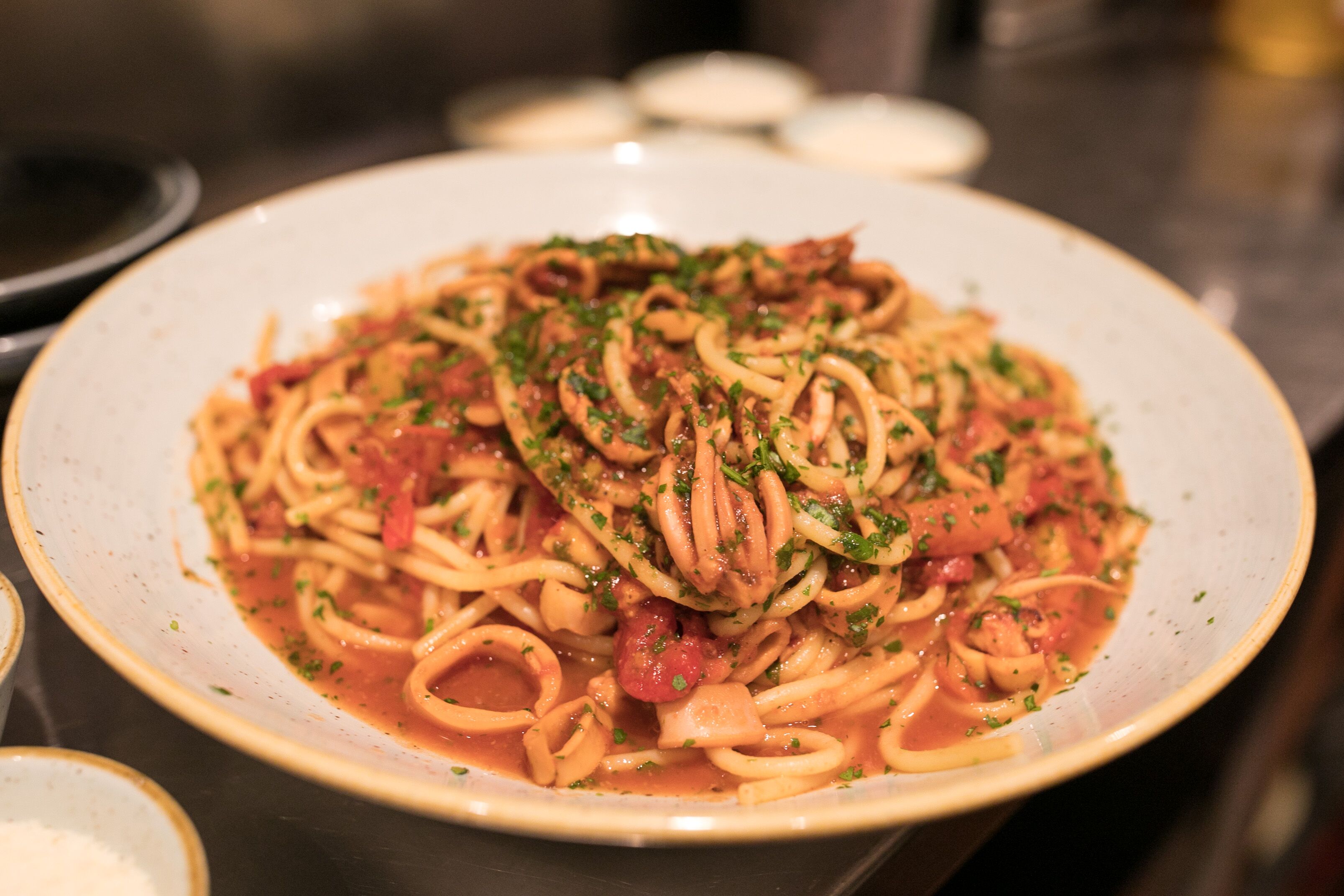 Eating fish, of course, is associated more with a Roman Catholic fast than a feast—think meatless Fridays— so having a lot of fish on Christmas Eve is a way to have a good meal while technically making a kind of sacrifice. In the Roman Catholic tradition, one usually abstains from meat before a major holiday, and so eating fish is a kind of abstinence. Because this is America, where we like big things, the bigger the better, it’s the American Way, the festival now includes nine, eleven or more fishes, and the preparations can, depending upon the chef, be extravagant.

A few rationales are offered for the number seven, although some have speculated that it refers to the seven days of the week, or the Seven Deadly Sins or the Seven Virtues, but none of those seem very compelling. “Some say the reference to seven could come from the Seven Hills of Rome,” Mantuano observes, “but fish do not live in those hills.”

Mantuano is serving a Feast of the Seven Fishes, but it will take place the week before Christmas Eve, when his restaurants are closed. Although the restaurants will be dark on December 24, Mantuano will attend another feast with his family. “We have our Feast of the Seven Fishes at my brother’s house. My brother is not a chef; he’s in the wine business, and we do it at his house. I basically stand over his shoulder and make sure he doesn’t overcook the pasta,” adding, “I don’t actually contribute.” It must be difficult for him to keep his hands in his pocket while amateurs buzz about in the kitchen.

If you, too, prefer not to cook a Feast of the Seven Fishes, there are places you can go in Chicago which will make it for you.

Osteria via Stato (620 North State) has their feast on Christmas Eve with calamari, shrimp and, of course, baccala.

Café Spiaggia (980 North Michigan). On December 19, the casual Café Spiaggia will offer six courses of seafood because that number, seven, is flexible. Playing with the classics, Mantuano’s team will be offering things like octopus nudjua as well as more familiar fish like Rushing Waters trout.

The day before Thanksgiving, 2019, it was announced that Chef Tony Mantuano would be leaving Spiaggia. We wish him all the best, and we thank him for almost 35 years at the head of one of Chicago’s finest Italian restaurants.