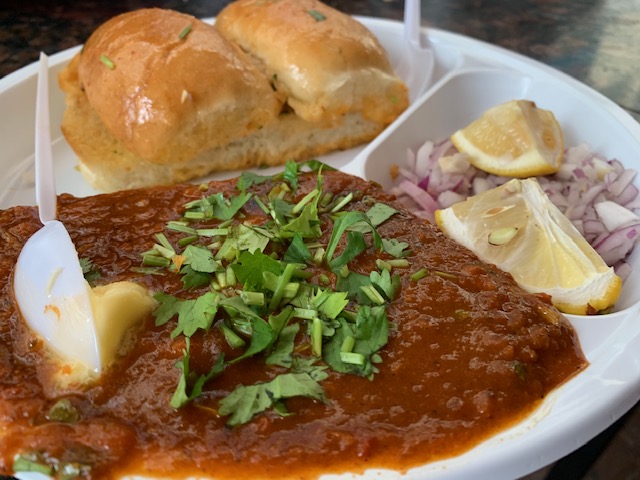 I moved from Chicago to Dubai in October 2019, expecting to use the city as a base to travel around the Middle East and Asia. The coronavirus pandemic set in and travel meant walking from the balcony to the kitchen of my apartment. Awareness about the virus set in earlier here than in the United States. Signs about handwashing and masks went up in late February and by the first week of March almost the entire country had shifted to work-from-home. My first thought, when airlines started cancelling flights, was that my boyfriend and I should come home to Chicago. But his job is based in Dubai and the nine-hour time difference wasn’t realistic for working remotely, plus we already pay rent here. As the United States descended into chaos and coronavirus cases reached the hundreds of thousands in weeks to come, I was glad we stayed put. 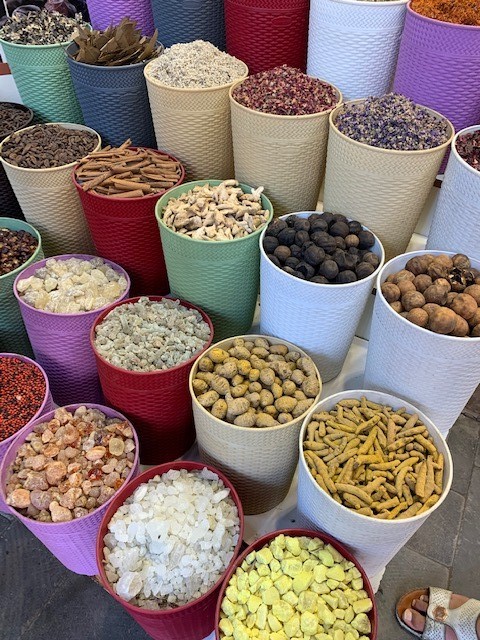 Heavy fines for being out past your allotted time

Dubai was on strict lockdown from mid-March to mid-April. You could leave the house only for groceries or to go to the doctor, and you needed a permit. Permits lasted two hours and there were heavy fines for being out past your allotted time. Masks and gloves were mandatory everywhere (or again, tickets), and grocery stores had limited capacities and temperature checks before entering. There was a nightly sanitation campaign, which used steam cleaning and a disinfectant sprayer to sterilize roads, trucks and cars for eleven days. It all felt very intense.

Like many people around the world, I spent a lot of time coping in my kitchen. I was cooking much more than I was used to, especially as someone who usually covers restaurants and travel and eats out often. I had time to perfect classic techniques, to read “Salt, Fat, Acid, Heat” cover-to-cover, and, like seemingly everyone else, to get into baking bread and other time-consuming projects. Grocery panic didn’t happen here, so shelves were fully stocked (yes, even toilet paper), but there were a few ingredients I struggled to find, like cake flour, wheat germ, Dutch process cocoa powder, even active dry yeast, which shouldn’t be surprising in a region famous for unleavened bread. Other things were much easier to find than in the U.S., and much cheaper, too: fresh Medjool dates, high-quality Iranian saffron, ripe mangoes, Turkish pistachios, bags of pomegranates, labneh, any Indian spice you can think of, local fish and oysters.

When not in the kitchen, I read stories of economic collapse and fretted over restaurants and the devastation and ripple effects closings will have on cities economically and culturally, here and across the United States. The big restaurants in Dubai are second locations for Michelin-starred chefs from London, New York and elsewhere, and there are dozens of American chains. Most will survive coronavirus because their investors will back them up, but some of the best restaurants are in the far north of the city, sustained by large populations of migrant workers and the occasional curious tourist. The UAE’s population is about eighty-eight percent expat, mostly from India (thirty-eight percent), followed by Bangladesh, Pakistan, Egypt and the Philippines. So there’s an amazing array of hyper-regional Indian restaurants, serving specific dishes from Kerala, Madurai, Hyderabad, and other areas. There’s also incredible Pakistani, Afghan, Nepalese, Yemeni and Filipino food.

Attempting to put up a sign in support of U.S. protesters was immediately reprimanded

Things reverted to normal in late May in Dubai, though we still have a curfew and masks are required everywhere. Throughout the lockdown, very few people flouted the rules, partially because the UAE has an authoritarian government and punishments are steep. Any sort of protesting is illegal. While I was perversely thankful for the way this could stop the spread of the virus, any appreciation for enforcement at the expense of personal freedom was lost as Black Lives Matter protests broke out across the United States and world. I attempted to put up a sign in support of U.S. protesters and was immediately reprimanded, which made me miss America, where, although freedoms are being tested by the police and president, our rights are protected in the Constitution.

I’ve spent the last ten years bouncing between living abroad (Jordan, Italy, Iraq, the UAE), and being in Chicago and Wisconsin, and it’s always bittersweet. It’s a privileged position to get to live around the world, traveling, eating and learning for a living. It seems absurdly lucky to have had those experiences now that international travel is on hold, and unlucky to have built a career on travel when it is no longer possible. Oddly, staying put has been a relief, providing a chance to rest and explore more locally. It has also highlighted how hard it is to be away from friends and family, especially during major world events or personal milestones. 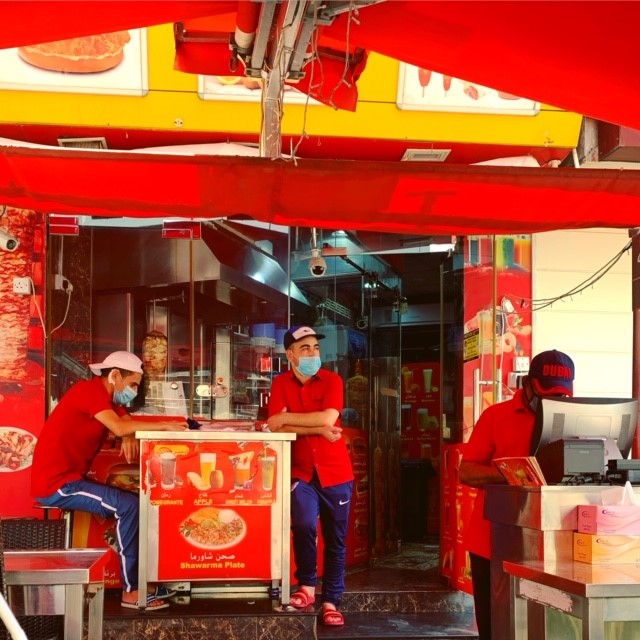 Hot dogs on my mind

I’m moving back to Chicago in September and can’t wait. I have hot dogs on my mind—stereotypical but true—and pepperoni pizza, or really anything with pork, as well as Mexican food, which is nonexistent here, and farm-to-table dining and fresh, local produce. There are farms in the UAE, some of which are doing cool things with hydroponics, but the reality is that this is a desert—literally a desert but also a food desert—and I miss getting excellent produce from around Illinois or Wisconsin, rather than having it shipped in from Turkey or Iran. While alcohol exists here, it’s very expensive and there are no cool local wine shops or breweries where you can try new things, only big-name wineries and mass-produced beer like Budweiser, sold at four times the price you’d expect.

Of course there are things I will miss about Dubai: my favorite shawarma stand, the first place I went post-lockdown, where crispy pieces of chicken are expertly shaved from the spit, topped with tangy pickles, a few fries, toum (a salty garlic sauce), and shatta (a chili sauce), wrapped in lavash and quickly grilled. I’ll miss being able to order baba ganoush almost anywhere and know it will be perfectly smoked, something that I find hit-or-miss in the States. I’ll miss consistently excellent falafel, though it’s just as delightfully fluffy at Taste of Lebanon in Andersonville, and manoushe, a soft dough I order topped with tangy Akawi cheese and a hefty dose of za’atar. The dates, which are the best in the world, will be missed, as will the pav bhaji in the Al Karama neighborhood, which transports you to the center of Mumbai. Of course, I’ll miss cardamom milk, a new addiction, luqaimat, deep fried, syrupy balls of dough served for dessert around the Gulf. Malawah, a Yemeni bread somewhere between a tortilla and paratha, which might be my favorite bread in the world, and Karak tea, made with black tea, saffron, sugar and evaporated milk.

Travel satiates you but leaves you unsatisfied. It makes you appreciate home and opens your mind and taste buds. With that knowledge, it’s tough to return to life as normal or commit to one place. Luckily, Chicago is pretty great, and the food scene is incredibly diverse, so when I get back, I’m looking forward to exploring more widely and deeply than ever before.

Rebecca Holland is a regular contributor to Newcity, as well as The New York Times and Architectural Digest, and she’s the author of the “Moon Chicago” travel guide. Holland is founder-editor of Curiosity Magazine.