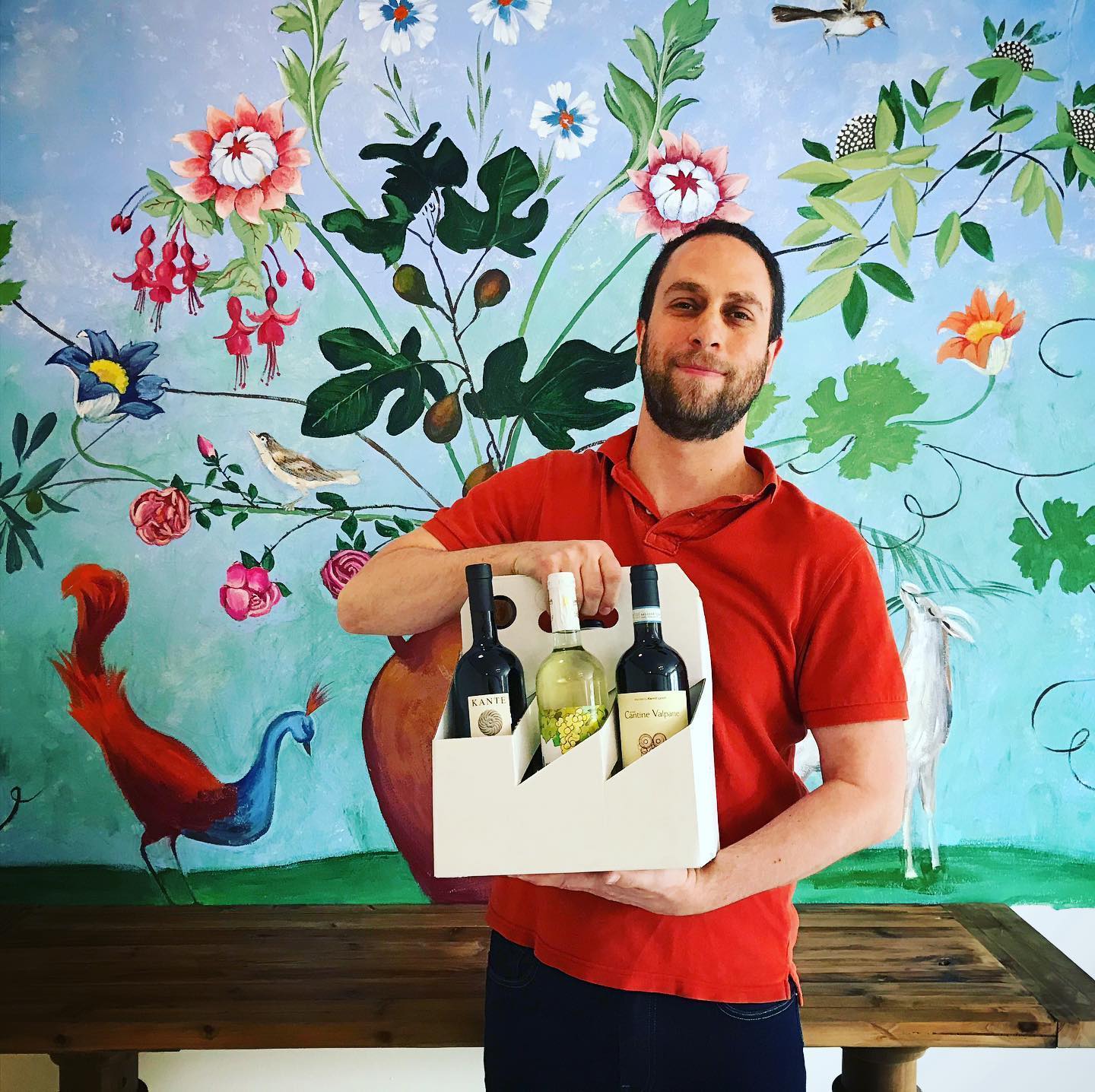 L’Aventino Forno Romano (355 East Ohio) opened late last year and promised a new kind of Roman pizza. Chef and pizzaiolo Adam Weisell spent his early years in Italy, and the pinsa style of moister, thicker pizza that he serves at his restaurant is similar to the Roman style of pizza served at Chicago’s Bonci and Bar Cargo. He uses a mixture of wheat, soy and rice flour, which gives his baked dough heft, loft and an almost floral scent. This style of pizza, which has been served in the Eternal City for only a few decades, is baked into an oval shape. Biting into it, it is a little more like focaccia—a flatbread with toppings—than Chicago’s thin-crust tavern pizza or deep-dish varieties. We liked the first tastes of our pinsa, but we also liked that it was an authentic, although recent Italian creation, and a new take on our beloved pizza, which remains one of the most popular ethnic foods in the United States. (According to Adweek, frozen pizza sales increased ninety-two percent during the onset of the pandemic.)

We Americans love pizza and we love wine, but our choices tend toward the big and fruity California varieties. If we knew more about Italian wines, we might select them more often.

Adam’s brother Adrian Weisell opened Anfora Wine Merchants in Oak Park (128 South Marion) in May. Anfora Wine Merchants offers Italian wine by the bottle and in packages of three, six or twelve bottles, hand-selected by Weisell, based on a customer’s stated preferences and all available for curbside pickup.

Like his brother, Weisell aims to introduce his customers to Italian comestibles that are little-known to many Americans. We all know that Italian wine is much more than Chianti, but the range of Italian wines is jaw-dropping.

“People will say ‘I don’t know Italian wines. They’re so complicated,’” says Weisell, “and that’s true! Italian wine is more complicated than Spanish or French wine, but Italy’s strength is also its weakness. Italy has more native grapes than any other country by far, more than Greece, France and Portugal combined. So that’s the strength. Italian wines appeal to those who are seeking diversity, different tastes from different grapes and production techniques. But that’s also a weakness because it makes understanding Italian wine so complicated: there are so many grapes. On top of that, Italy has been terrible at marketing itself. Sometimes the same grape can have different names based on the town or the region where it’s grown.”

Being of Italian descent—I know, Hammond sounds about as Italian as Weisell—I tend to purchase the wines of Italy simply because they’re new, at least to me, and they are a great value. But that may be changing. 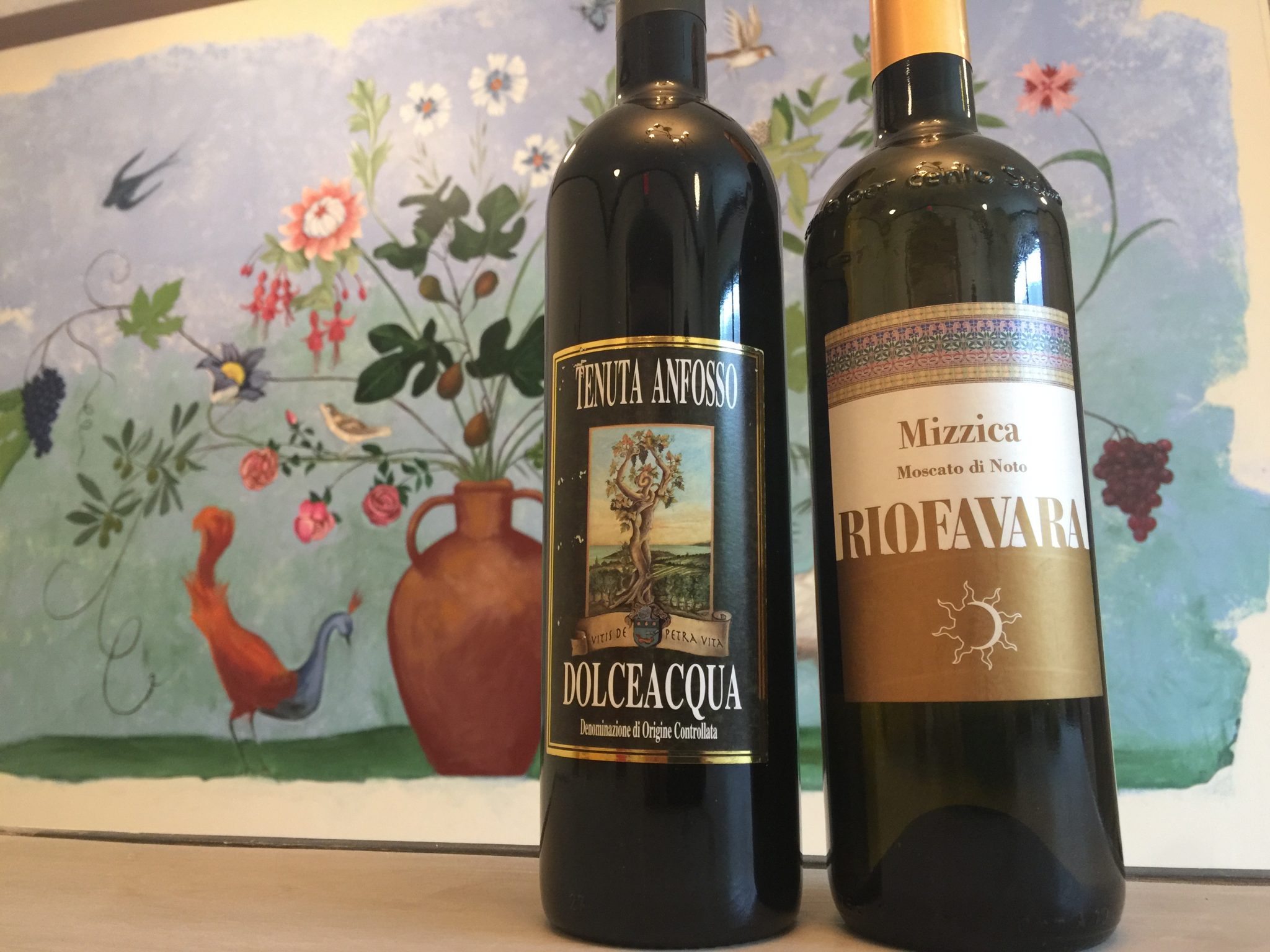 “Italian wines have been rising in popularity for some time now,” says Weisell, “and with rising demand, prices go up. Take Barolo: collectors are jumping on it, so it’s going the way of Bordeaux. Prices are going up and up. I was at a Barolo auction recently and there were a lot of Italians there but none of them seemed to be buying. Almost all the wine was purchased remotely via Skype by buyers in Singapore or Japan, and they were able to overpay, and that pushes the price up for everybody. There is, however, a lot of value to be found in lesser-known appellations. You might find more value-driven wines in Portugal or maybe Greece, and though Italy is moving out of that group, you can still get a very good Italian wine for a very reasonable price.”

We asked Weisell for a few recommendations.

“Rossese di Dolceacqua,” says Weisell, is from Liguria, and the town of Dolceacqua is right across the border from Provence in France. This area has a grape that captures the terroir. You get thyme and rosemary, Mediterranean herbs, and this is also where Amarena cherries grow, so you often get a scent of cherries on the nose, as well as an earthiness at times. It’s refreshing with fruity herbaciousness, not full-bodied but not light, either. It’s a summer wine that goes well with barbecue. Rossese di Dolceacqua is priced around $30.

“Moscato di Noto from the southern region of Sicily is a viscous dessert wine, but it’s made like a dry wine with very clear aromatics, floral, pretty notes on the nose, and the palate is totally dry. It’s a little like orange wine. Our Moscato di Noto is from Riofavara, Mizzica, and retails for $16.”

A 2015 vintage of this Moscato was one of the bottles Weisell included in the pack we purchased from him on Anfora’s opening day in May. A brilliant yellow, a summery wine, it came on a little funky, thus Weisell’s comparison to orange wine, which can be aged in anfora, and so tastes slightly oxidized. A sip or two revealed notes of lychee, citrus and slight salinity; it’s aromatic and highly drinkable alone or with food (seafood would be my choice). For sixteen bucks, I knew from the first sip I was going to need a case for the summer.