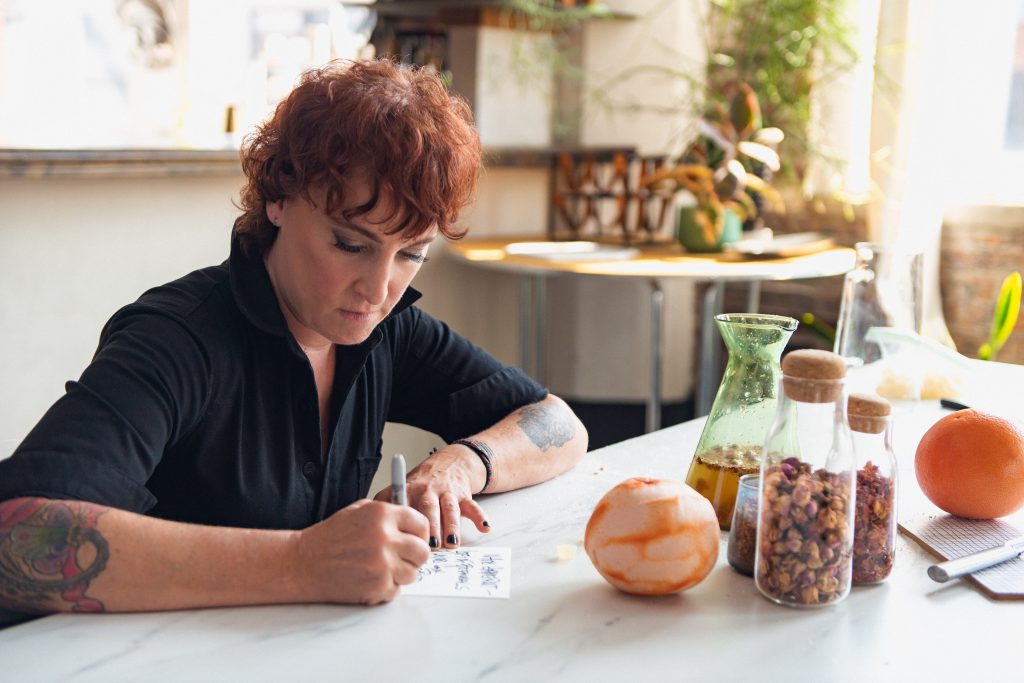 Edibles—usually candy or baked goods, containing degrees of cannabis—have been legal in Illinois for recreational usage since the beginning of the year.

Chicago’s Mindy Segal is best known as a pastry chef after serving in professional positions at classic local restaurants like Spago, Charlie Trotter’s and Ambria before opening her own Hot Chocolate. Segal was nominated five times for the James Beard Foundation Outstanding Pastry Chef award, and won it in 2016. Earlier this year, she closed Hot Chocolate and opened Mindy’s Bakery, and her Mindy’s Edibles are now available through the many dispensaries in Chicago and the U.S.

A big difference between Mindy’s Edibles and similar products is that Segal’s taste pretty good, with clean fruit flavors and a dense, yet soft, and not really gummy-like texture.

“I work with a food scientist and a chef with the same background as mine to get my ideas scaled, shelf-stable, consistent and according to my standards,” Segal says. “We conduct a lot of taste testing before the THC even goes into the product to ensure the flavor is delicious and exactly how I want it to taste.”

Having established a reputation as a highly accomplished baker, Segal has taken her chef’s attention to detail and quality to the production of her cannabis edibles. She explains her process of working with Cresco Labs: “First, I’m presented with the edibles category that I’m developing. Then I bring the team into my kitchen and I prepare desserts, ice creams and sorbets that I want to be the flavor and inspiration for the edible. We taste the desserts, and I talk a lot about the end goal. Then, Cresco Labs’ food scientists and chef go into their test kitchen to create the flavor from my notes.”

Segal told us she chose to work with Cresco because she wanted “to work with a company that shares in the same values as me: to elevate the edibles industry.”

Sampling her work, we had visions of Segal laboriously making the candies in her kitchen, packing them in their attractive little metal boxes, and sending them off every day with the UPS delivery driver. Of course that’s not the way it works; the process is more automated, and scaled to support a national market. “Our gummies are made on a standard large-batch candy-making machine. When we first started making them, they were made by hand. We’ve scaled production and switched machinery to produce more while maintaining high quality and consistency. All of the products are conceived through the thought process of a pastry chef.”

Edibles sometimes taste little different than cheap candy, but not Segal’s edibles. “I create flavors based on what inspires me. Chocolates are inspired by my desserts. Gummies are inspired by fruit,” she says. ‘The process starts with ingredients and flavors, brainstorming flavor combinations, incorporating ingredients, and testing non-infused samples with my team to ensure the product tastes exactly as it should. I work cross-functionally with different departments, from food science to extraction. The goal is to create something for everyone, to create sweets infused with cannabis that taste exactly like they would if I was making them in my kitchen—a truly incredibly delicious, perfectly dosed edible.”

If you’re in a dispensary that sells a lot of kinds of edibles, Mindy’s stand out for their old-timey tin containers. It’s marketing, of course, and it makes an impact to have products in handsome containers rather than industrial- and generic-looking black bags or little jars, which is the way many edibles come to market. 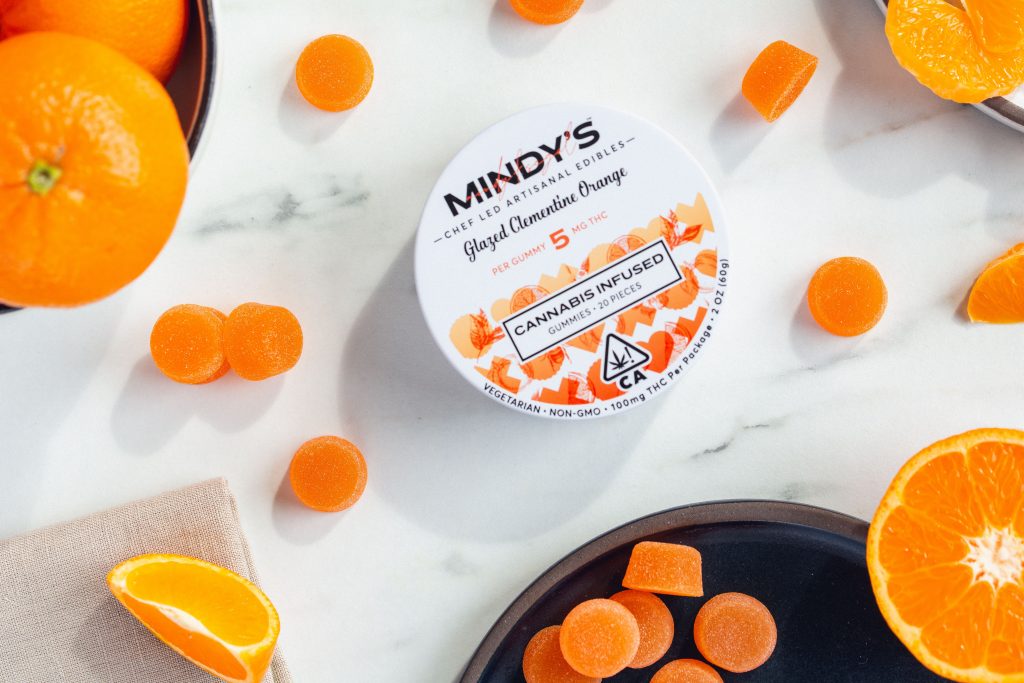 “In October 2019, we redesigned and relaunched Mindy’s Chef Led Artisanal Edibles, with beautiful new packaging and a reformulated line of gummies with six new flavors,” Segal says. “We want people to have a premium experience, from opening a tin or pouch to trying and enjoying our products. I particularly love the tins, as the unboxing experience is similar to that of a tin of candies. I keep them and store other things in them! A fun fact: In the tins, you can melt beeswax, insert a wick and they make great candles.”

Segal, as the suggestion about making candles would suggest, appeared on the Martha Stewart Show, which has hosted cannabis enthusiasts like Snoop Dogg. But how about the cannabis in the candy? It’s not clear from the packaging whether the cannabis used is indica or sativa, but one thing’s for sure: there’s no weed taste or smell in any of them. “We use distillate oil to promise little to no cannabis taste, so our quality ingredients and my culinary vision come to life. Since we use distillate, all gummy varieties are hybrid,” she says.

Segal uses pure cannabis oil that’s extracted through fractional distillation, which removes the terpene in the plant’s essential oils, leaving not a trace of weediness to interfere with the flavors Segal wants customers to savor in her sweets. Other edibles on the market can have twenty or more milligrams of cannabis per piece. Was there a reason for the two-to-five milligram dosages in her edibles? “We wanted people to not feel intimidated by eating or having to cut into thirds. Low dosing is great for recreational use, and since they’re so delicious, it’s okay to eat a couple for a higher dosage.

“With an edible, I always say to start low and go slow to see how you feel. Each edible is precisely dosed for a consistent, quality experience.”

The only challenge with Mindy’s edibles is that they taste so good, you may end up eating more than you should.