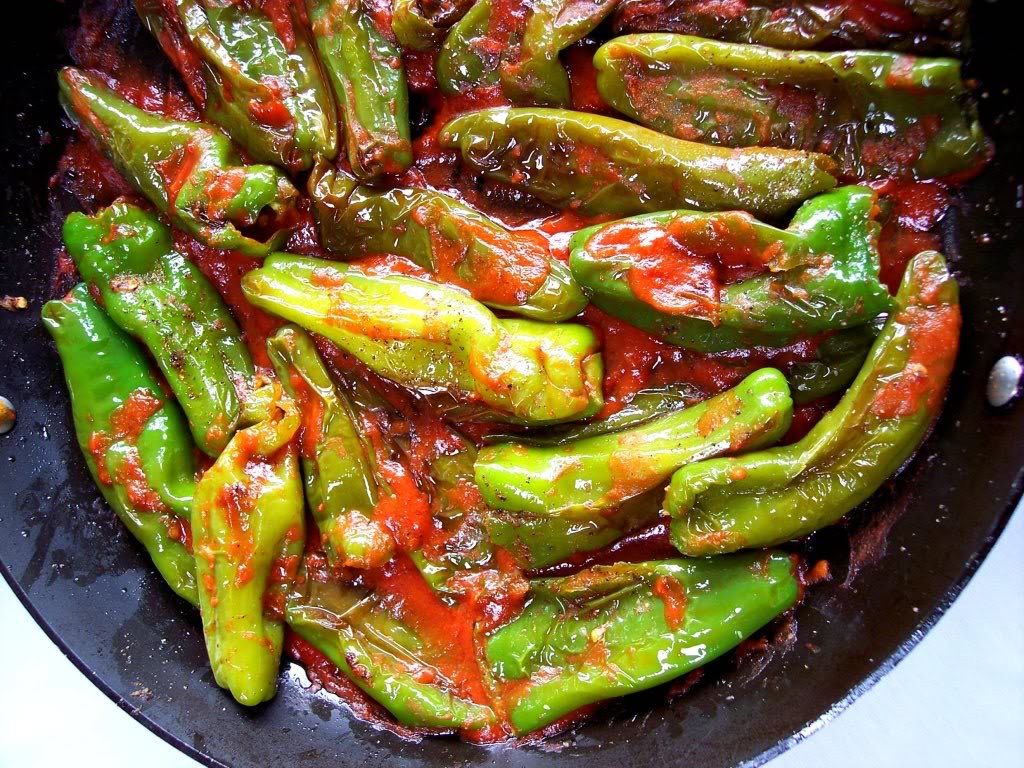 Every Labor Day weekend, at the Taste of Melrose Park (cancelled this year), we’d enjoy our usual favorites, many prepared by local families who present their homemade best to their neighbors. One of many favorites is the Stuffed Melrose Pepper: the sleek green or red pepper that tends toward the sweet with barely a hint of heat, which makes it a good pairing with a stuffing of even a hot Italian sausage; the supple skin also maintains the shape of the pepper and resists splitting.

Over the years, I’ve spoken to many Taste of Melrose Park vendors. A few years ago, the woman behind the counter at one stand told me her grandfather “invented” the Melrose Pepper. I never put that boast into print because, alas, it’s unlikely to be true.

The very last restaurant where we dined inside before the world fell apart was Osteria Trulli in Arlington Heights, where Chef Giovanni DeNigris prepares distinctly southern Italian food, like house-made Pugliese sausage over pureed fava beans and a Barese dish of rice, potatoes and mussels.

Chef Giovanni comes from Puglia, and I had some questions for him about Melrose Peppers. 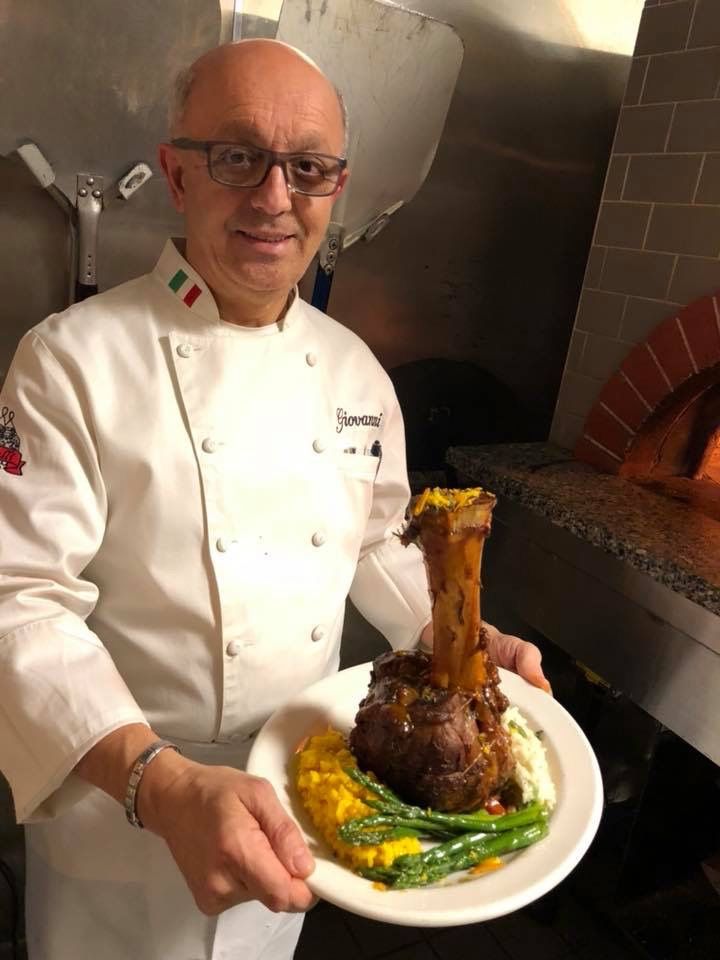 What are Melrose Peppers called in Puglia and what’s a typical preparation?

The name of the peppers in Italian is “friggitelli.” They are often sautéed and then stuffed with cheese or meat, sausage mostly, or served simply with bread on the side.

What do you think of the claim that Melrose Peppers originated in Melrose Park?

Around 1905, an immigrant from Italy came to Melrose Park with the seeds. They had a farm area around North Avenue and Manheim, and they planted the seeds. “Friggitelli” was too hard a word for people to remember, so they called them Melrose Peppers. Melrose Peppers were originally sold at the old Tom Naples Fruit and Vegetable Market (closed in 1985), and Angelo Caputo’s Fresh Markets [caputomarkets.com/shop/guide]. You can still find them at some grocery stores where they know Italians will want to buy them.

How would you describe the characteristics of Melrose Peppers?

They’re a sweet frying pepper. You don’t even have to take the skin off of them—the skin is soft. They need only be lightly fried, as they are quite delicate. They are red and green. The red ones are a bit sweeter than the green. The smaller they are, the tastier they are.

Why do you like to cook with Melrose Peppers—what makes them different from other peppers?

They’re simply more delicate than typical sweet peppers. The texture is fantastic when the peppers are fried. It’s not the same with a bell pepper or another sweet pepper. I like to pan fry the Melrose Peppers with cherry tomato, garlic, onion and olive oil, and serve them with Barese sausage.

We didn’t see any dishes on your online menu featuring Melrose Peppers. When do you serve Melrose Peppers at your restaurant and how do you prepare them?

We keep it on the menu as a “verbal special” during the season. People come in expecting them, since they know we get them in. We do them sautéed with Barese sausage, and it’s a real favorite for our customers. We’re incredibly happy that we can offer them to our guests. It’s a food memory that we help keep alive.

How about a simple recipe using Melrose Peppers?

Add olive oil to the pan and get it hot; throw in the peppers, garlic, and onion.
Add the basil and cherry tomatoes.
Salt and pepper to taste.
Cover and cook eight to ten minutes, flipping the peppers halfway through.

Melrose Peppers are not on the regular menu; they’re on a “secret menu,” so you need to ask for them. Only the culinary cognoscenti know to inquire, and now you do, too. For bonus points, ask for “friggitelli” (fridge-eh-tay-lee).

If you want to prepare Melrose Peppers at home, they’re about three bucks a pound at Angelo Caputo’s Fresh Market.

Melrose Peppers have grown in our garden for years. As it turns out, the Western suburbs of Chicago are on almost the same latitude as Puglia. Perhaps that’s why the peppers grow so well, and are so popular, in Italian-American communities in this part of the world.