Chef Carlos Gaytán, the first Mexican chef to score a Michelin star, welcomes three other Mexican chefs to join him at Tzuco on November 1 and 2, where they’ll prepare traditional foods for Day of the Dead. Visiting chefs include Celia Florián (Las Quince Letras, Oaxaca), Liz Galicia (Miel de Agave, Puebla) and Diana Dávila Boldin (Mi Tocaya Antojería, Chicago), who was Newcity’s Chef of the Moment for our 2018 Big Heat issue.

“My family used to gather every November 2 with my grandmother to have a special dinner that included traditional Mexican dishes like tamales, mole and esquites,” Gaytán tells us. “We would drink Mexican hot chocolate or champurrado to accompany our delicious pan de muerto [bread shaped into bone-like forms]. Every year, my grandmother set up an altar in memory of my grandfather. I remember that the altar was decorated with photographs, flowers, candles, pan de muerto, sugar calaveritas [little skulls] and incense to help our loved ones’ spirits return home for one day every year.”

In keeping with the spirits of the holiday, Gaytán and his visiting chefs will prepare traditional holiday foods. The meal will kick off with Dávila’s aguachile, a combination of jicama, mandarin oranges, chilies and tobacco. Tobacco, Dávila says, is frequently placed on altars (ofrendas) in memory of “those beloved family members or friends who used to like smoking”—the tobacco should add dimension and a touch of funk to this “chili water.” In contrast to this lighter dish, Dávila will serve a traditional soup of short rib, bone marrow and small squash, popular in more northerly Mexican states like Chihuahua and Dávila’s own San Luis Potosi. 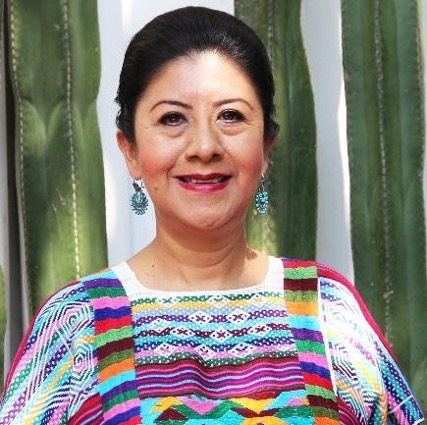 Florian, founder of Slow Food Oaxaca, will cook turkey in a traditional Oaxacan mole negro. Turkey was a protein source enjoyed for centuries by many indigenous peoples of Mexico, including the Aztec in what is now Mexico City.

Tamales, one of Mexico’s most popular contributions to world cuisine, will be prepared by Galicia, who will make a red tamale with goat meat in mole and a green tamale with pork and purslane salsa. During Day of the Dead celebrations in Yucatan, we’ve enjoyed mucbil pollo, a slightly more macabre if holiday-appropriate tamale of chicken cooked in a pit in the ground and then disinterred” for dinner. Tamales are expected on the Dia de los Muertos table and Galicia brings them. 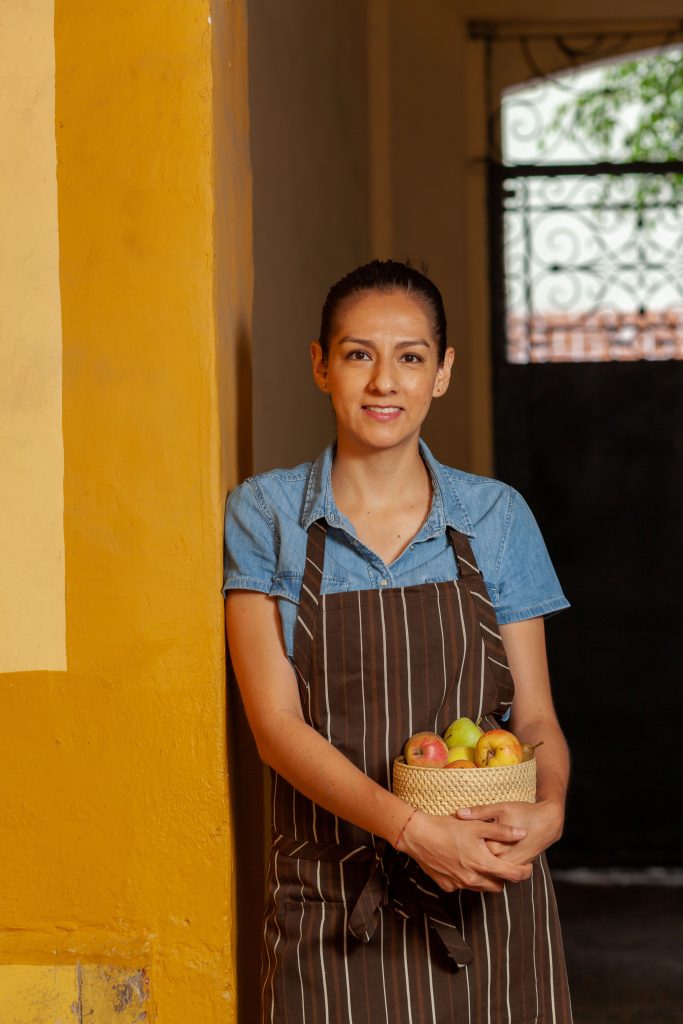 There will be a dessert prepared by Tzuco’s pastry team of Stephanie and Marifer Justo, who will serve roasted pumpkin with coffee, dark chocolate, spices and ice cream flavored with cempasúchil (marigolds). According to legend, this marigold was born when a young woman was transformed by the gods into the flower, which would then be visited by her lover who had died in one of the many Aztec wars and was transformed into a hummingbird, the better to poke his nose into the flower. Marigolds are closely identified with Dia de los Muertos celebrations, particularly on ofrendas where they’re believed to entice the dead back for the holidays.

Don’t assume the final pumpkin dish is a bow to Halloween; pumpkin and other squash are commonly seen on Mexican tables, and as Gaytán puts it, “Day of the Dead is often believed to be the Mexican Halloween, but they are two different celebrations. During this time, it is believed that the passageway between the real world and the spirit world opens so that loved ones who have died are able to come back and visit. That’s why we decorate altars or ofrendas with photographs of the deceased and marigolds, food, drinks and anything else that our loved ones who passed away used to enjoy. Over the centuries, this festivity has spread from Mexico to the world.”

Reservations for Tzuco’s Day of the Dead dinner can be obtained through Resy. Guests can sit outside, and Tzuco has put in place some serious safety guidelines.

To keep the party going, on November 7, the National Mexican Museum of Art will hold “Love Never Dies,” their annual Dia de los Muertos celebration. As NMMA explains on their site, the museum is “one of the most prominent first-voice institutions for Mexican art and culture in the United States. We are home to one of the country’s largest Mexican art collections, including more than 9,000 seminal pieces from ancient Mexico to the present.”

The NMMA’s annual Dia de los Muertos celebration includes cumbia and face-painting lessons as well as cooking demos and dining opportunities at the restaurants of chefs Gaytán and Dávila. This year, it’s all virtual—claro!—and you can buy tickets online.