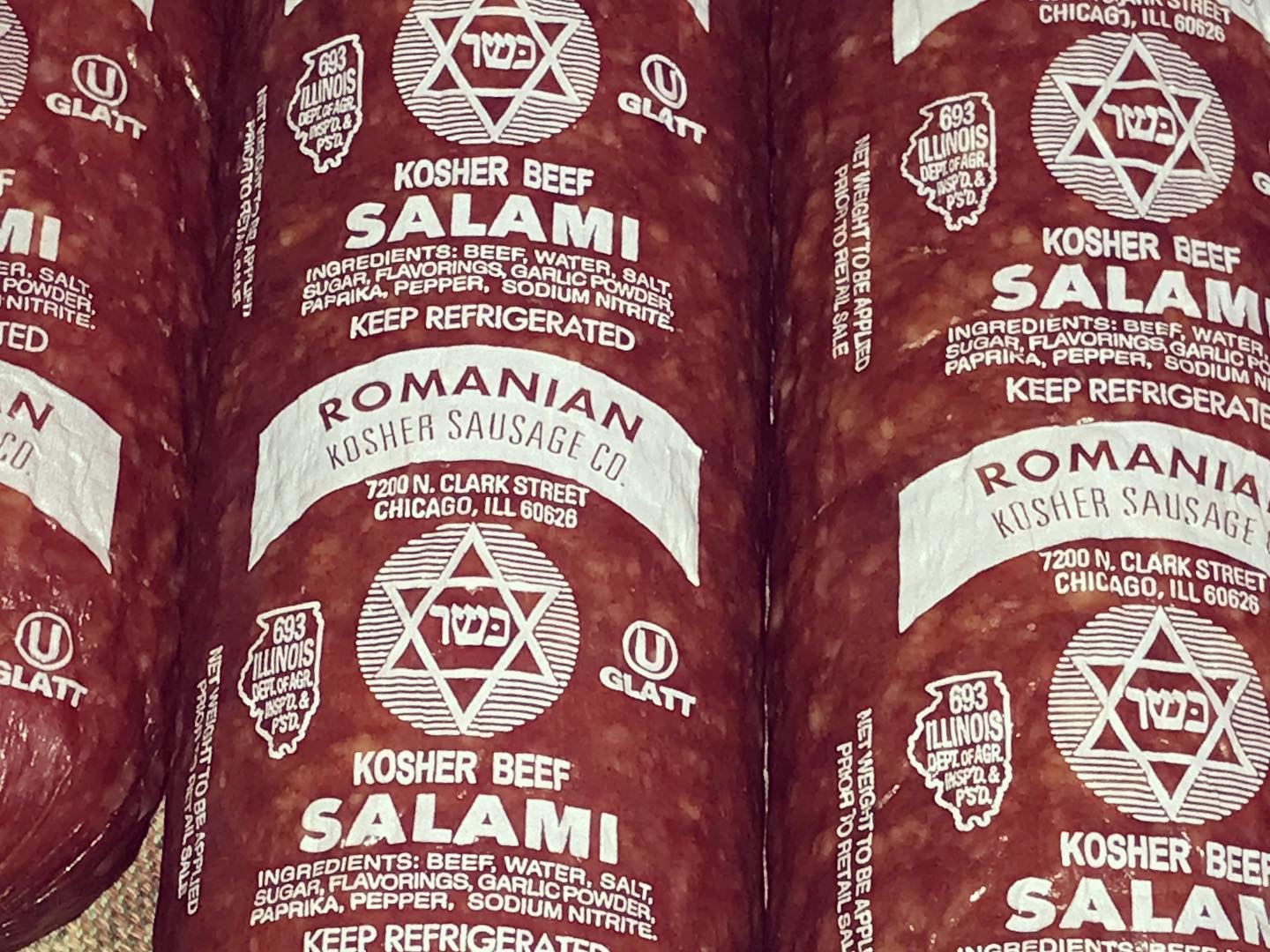 We smoke meat throughout the summer. Chicken, ribs, brisket: all spent some time in my Weber Smokey Mountain, slowly taking up the flavors of hickory, oak, or cherry wood. Funny thing, though, every time I put some sausages on the meat-heavy platter in the center of the table, guests always go for the sausages first. After a few bites, they taste the smoked meat, which they ooh all over, but their first impulse is to go for the tubular meat. Those store-bought sausages quickly fly off the table and into tummies.

At the risk of proposing an obvious conclusion: people love sausage.

In the 2007 comedy “Superbad,” Seth (Jonah Hill) admits that when he was a kid, he’d draw highly imaginative pictures of phalluses, the discovery of which caused the evangelical school principal (as well as psychiatric authorities) to forbid him from eating all sausages and such-shaped foods. “No hot dogs, no popsicles?” Seth protested. “You know how many foods are shaped like dicks? The best kinds!”

Although Americans eat less red meat than they did twenty years ago, they’re eating pretty much the same amount of sausage, or “processed meat,” the unpleasant term that suggests sausage is produced only through a cold industrial process. Of course, some is, but people were “processing” meat a long time before the industrial age. Sausage—like philosophy, medicine and so many other cultural achievements—was introduced thousands of years ago at Sumer, in present-day Iraq.

Locally, the proud tradition of sausage-making continues at Romanian Kosher Sausage Company, one of our favorite old-school food resources, founded in 1957. Walking in the front door on North Clark is to pass through a portal to postwar America, with stripped-down signage, narrow aisles, unglamorous displays, dim lighting and butchers behind the counter who you can talk to about the delights you’re buying.

Romanian Kosher Sausage Company carries general groceries and a range of meat products, including broiled beef liver, tongue and stuffed chicken breast, but when walking to the counter in back, I have eyes only for the sausage. The Romanian sausage comes in several sizes, which vary in price based on their hardness. This hardness is the result of air-drying—these sausages can last a long time without refrigeration, just dangling in the air by the string attached to one end of the sausage. “Just hang it up in the kitchen,” the jovial butcher behind the counter tells me in his distinctive Eastern European accent, “it will keep a long time. Just make sure it has good air circulation. Then you can just cut off a little slice from the end.” Hhe mimes how to cut a very thin slice. “Throw that out and eat the rest.”

The sausages and other meats at Romanian Kosher are prepared according to the strictest Kashruth dietary laws, but whether or not that’s important to you, it’s a fine damn sausage. If the care that goes into the preparation of these sanctioned sausages focus the makers on the process and compel them to pay attention to every aspect of creation, then more power to ‘em.

In dry winter air, the Romanian kosher sausages hanging in our kitchen become noticeably harder over a week’s time, and I’ve had some up for several weeks. This air-drying process gives the sausage a firmer texture and concentrates the flavor, which is clean and uncluttered, seasoned simply with garlic, paprika, sugar and salt.

The word “sausage” is derived from “salus,” the Latin word for salt, and all sausage contains a goodly amount of salt. The word “salami” is also derived from salus, so salami sausage is salt on salt, which contributes to the long time the meat can remain unrefrigerated without going bad. If you have high blood pressure or other conditions that preclude sodium, sausage should be consumed sparingly. If, like me, you have no medical conditions that dictate against salt, rejoice and enjoy more sausage.

When I was a junior in high school, I gave my first real girlfriend a big salami for Christmas. That small gesture locked us in for certain romance all the way through to when we both left for college. Freudian interpretations aside, giving a loved one a big, beautiful sausage is a gift that will be appreciated.

If you’re planning a trip to Romanian Kosher Sausage Company, call ahead to make sure they have what you’re looking for. At a place like this, when they sell out, that’s it for the day. Even if they’ve sold out what you’re looking for, that’s an opportunity to try something you haven’t had before, like the widely praised garlic hot dogs or the chopped liver.

This holiday season, consider giving the gift of a Romanian Kosher Sausage: the salami keeps a long time without refrigeration and can be sent to loved ones in those cardboard mailing tubes used to ship rolled-up flat art. Unless you’re gifting vegetarian or vegan friends, a Christmas or Chanukah salami from Romanian Kosher Sausage will always be appreciated because… They are probably the finest salami in this meat-loving town.