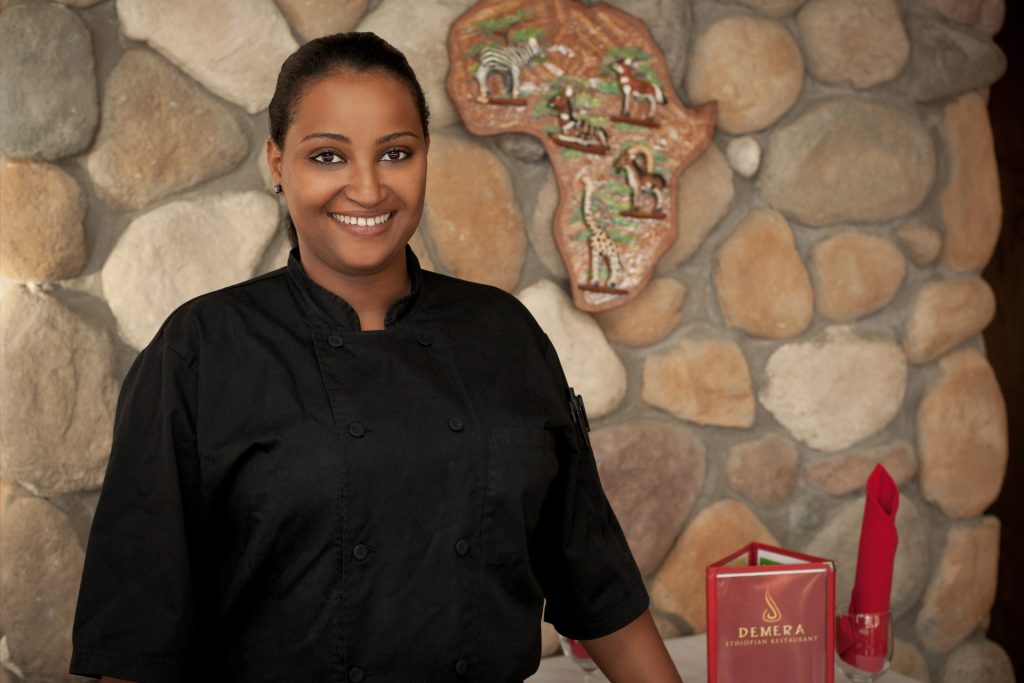 Tigist Reda, owner of Demera Ethiopian Restaurant, has been introducing Chicagoans to Ethiopian food and feeding repeat diners for thirteen years. That mission continues in 2020, but in a different form. Like most restaurants in Chicago and across the country, business is tough due to closures, and, one must assume, the hesitancy of many diners to sit down to dinner indoors alongside tables filled with strangers.

“It’s been an interesting year,” Reda says, “to say the least.”

Reda is busier than ever with carryout orders while strategizing ways to get her food in front of diners. Reda hosted a pop-up in Bronzeville in August and September, where customers could order ahead of time and pick up their meals between 5pm and 7pm. This kind of outreach may be a useful approach to expanding the dining pool even in the future.

Through Let’s Talk, a collaboration of women restaurateurs in Chicago, Reda participated in October’s “Flavor,” which presented four curated menus available for delivery on Tock. Demera’s dishes were part of the “Savor the World” menu. Reda isn’t sure what December will hold, but she anticipates more events, including a potential initiative around Black-owned restaurants, all of which could prove useful when the world changes.

“It has been awesome to collaborate with other women,” says Reda of Let’s Talk, which was founded by Vermilion owner Rohini Dey and includes chefs like Beverly Kim of Parachute and Wherewithall, Carrie Nahabedian of Brindille, Uzma Sharif of Chocolate Uzma, and Mary Aregoni of Saigon Sisters. The range of chefs and dining experiences suggests the broad appeal of Let’s Talk. “We organize ourselves to help each other get through the winter months,” she says.

Reda also hopes to forge collaborations with restaurateurs outside of Uptown, where Demera is based. A restaurant in Logan Square could serve her dishes, for example, and vice versa. This would not only be good for business, but it could expand dining options for consumers and expose more Chicagoans to Ethiopian food, and Reda sees an appetite for that. 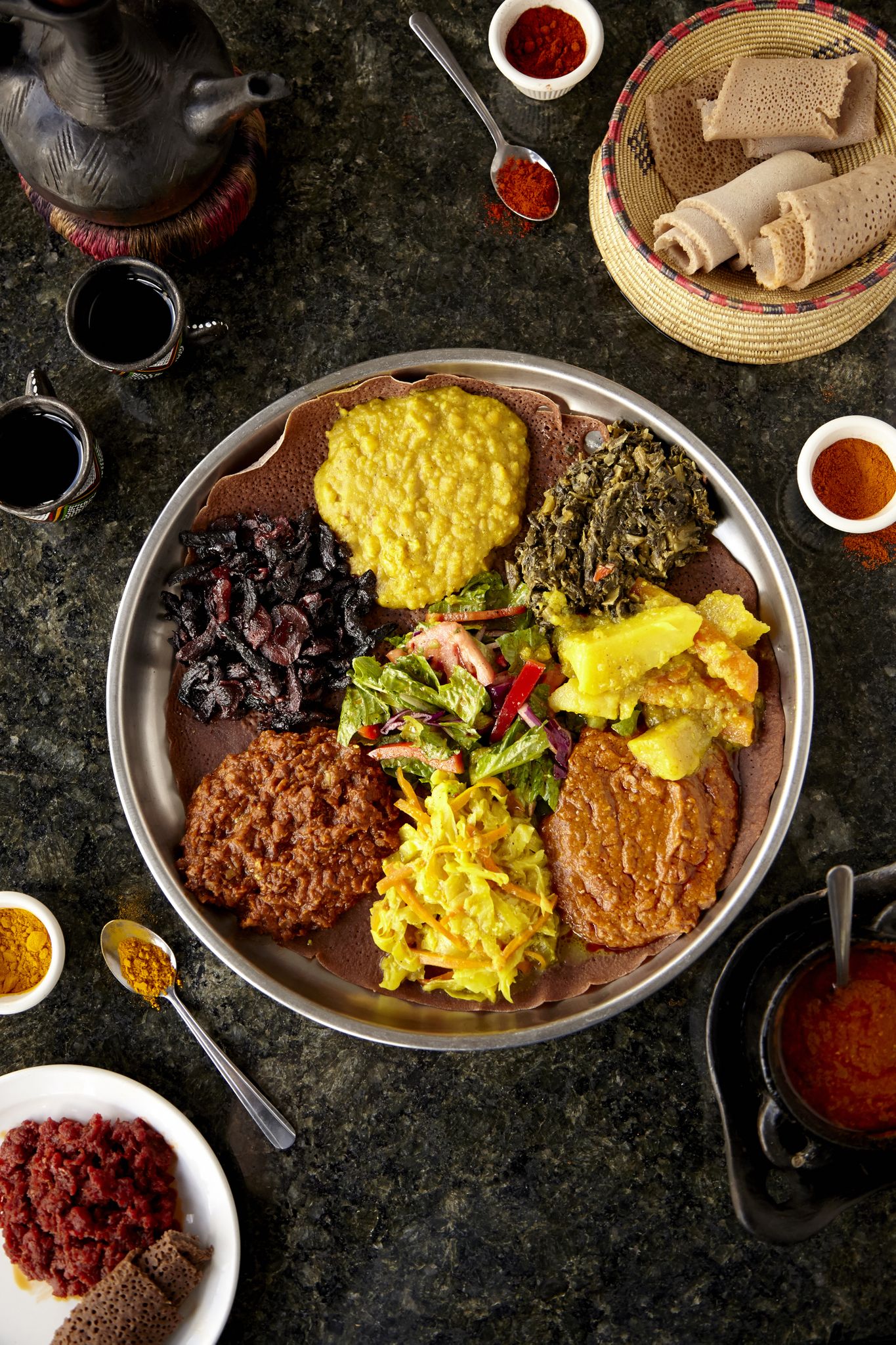 If you haven’t had Ethiopian food, it’s one of Africa’s more approachable cuisines, and the signature dish is a thin, flexible and soft “pancake” of teff, a traditional and gluten-free Ethiopian grass, mounted with colorful mounds of meat and vegetables, offering many textures and flavor combinations. Eating with the hands is typical in Ethiopia and other African countries, and although this may present a cultural barrier for Americans who don’t usually eat—and don’t know how to eat—without silverware, it’s a fun experience. And if you don’t find it so, silverware is available.

“Our clients used to be very young foodies, or people from the Ethiopian community,” she says. “But now I see diverse diners, older people.” Reda used to see older adults come in only with their grown children who wanted them to try her food. Now, she sees those in their sixties and seventies come in on their own or with friends. “People are becoming more comfortable with Ethiopian food. It’s no longer so different, and people seem more willing to try things out,” she says.

Since opening in 2007, Demera has become a Chicago staple, often cited as the best Ethiopian restaurant in Chicago and garnering rave reviews across review sites and in food publications.

Her customers have been loyal and supportive, ordering for carryout and delivery when they can. Prior to the pandemic, carryout was five percent of Demera’s business. Now, it represents just about all of Demera’s business, and this is a familiar story from many local restaurants. “Our food travels really well, and we’ve had families sending us pictures of them enjoying it at home, which is nice,” says Reda, who grew up cooking with the women in her own family in Ethiopia.

Demera has a few outdoor tables, but with winter approaching they’ll soon be put away for the season. And as supportive as customers want to be, there’s only so long carryout can sustain a full-service restaurant. Reda says the main lesson she’s learned over the years is the power of resilience. “So much has changed. The recession, harsh winters, and now this. You learn to work through it.”

The capacity to overcome difficulties is testing every restaurant owner in the city in 2020. Reda, through will and partnerships with the women of Let’s Talk, is doing everything she can to emerge not just in one piece, but more resilient and with a wider group of devoted diners than ever before.