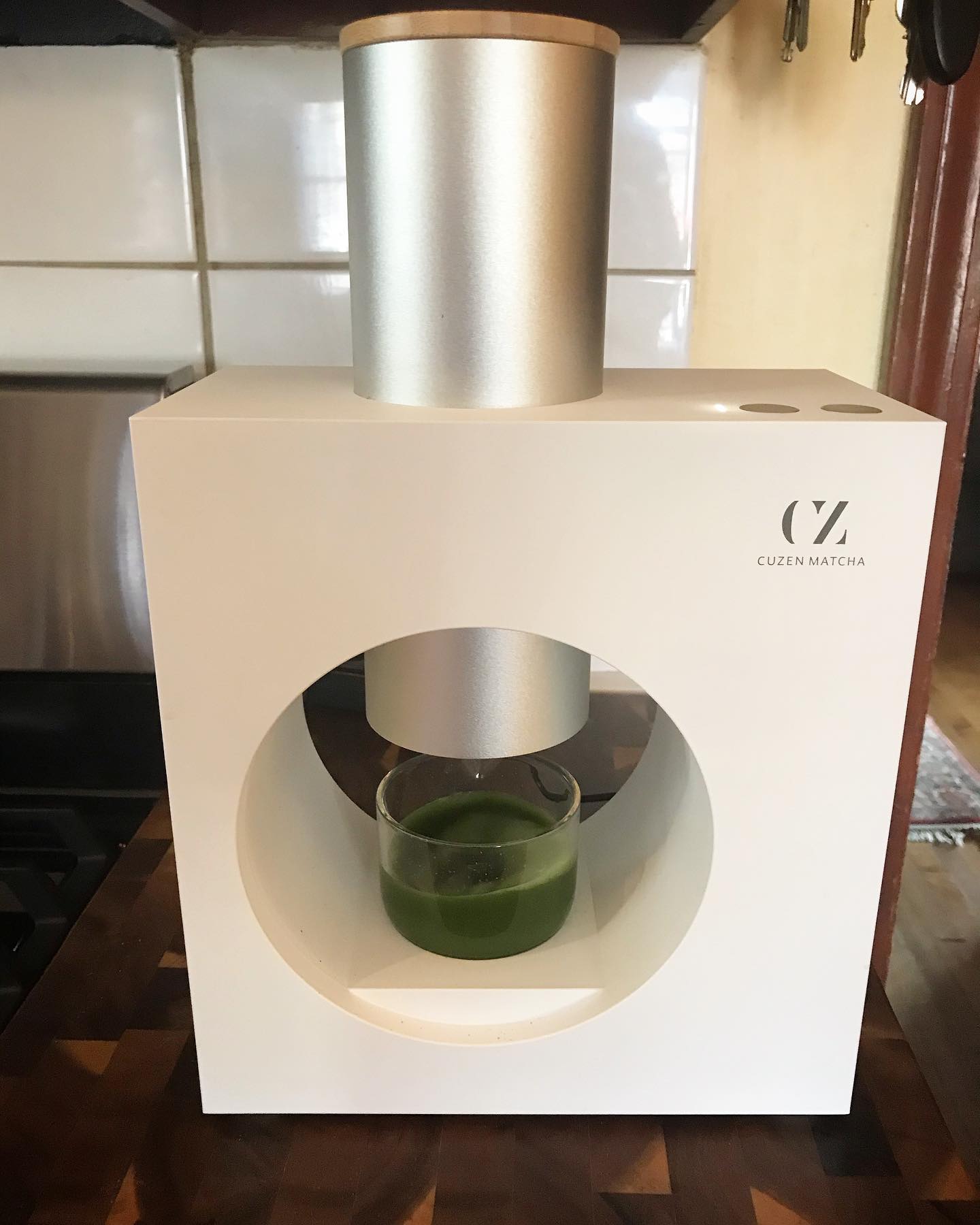 As we enter what is for many a dry January, nonalcoholic beverages enjoy a moment of popularity. Everyone is heavily hydrating, and for those who drink a lot of tea, maybe it’s time to look beyond the Earl Grey and English breakfast to find other brews to replace our daily booze.

Because I write about food, manufacturers sometimes send kitchen equipment to test-drive. Much of the time, this fancy-pants kitchen gear is unnecessary stuff you wouldn’t buy unless you have extra money lying around and lots and lots of extra counter space.

When I received a test model of the Cuzen Matcha, my first thought was that this was probably another expensive, pointless piece of equipment. But first, a little background on matcha, a traditional East Asian green tea.

Matcha comes from the same plant—camellia sinensis—as all other teas. A green tea, matcha is usually powdered, and unlike most other teas, it’s not prepared in a bag or a pot. Matcha is prepared by mixing the powdered tea with water and whisking it all in a small cup. Making matcha takes time and much more effort than dunking a teabag in a cup of hot water. It may be worth the effort. Matcha is high in antioxidants, contains caffeine, and has a pleasant and much softer, less bitter, and milder taste than many other teas, green or black. Perhaps because it contains so much chlorophyll, matcha has the seaweed-y notes of nori, a distinctly vegetal flavor that tastes healthy.

In the 800-year-old Japanese tea ceremony, the patience of a Westerner may be tried as the host adds the powdered matcha to water and then carefully whisks it. It’s a ritualized yet simple procedure, and such simplicity may be the salient characteristic of Japanese cuisine and Japanese tea ceremonies, so it’s ironic that someone invented a machine to quickly whip up a cup of matcha tea with no more ceremony than the push of a button.

The Cuzen Matcha machine is gorgeous, looking a little like a Dyson bladeless fan or maybe a Danish Modern miniature version of the Stargate. The machine grinds the matcha tea leaves and slowly sprays the resulting green powder into a cup that has a spinner affixed to the bottom. The spinner automatically whisks the tea in the cup, saving one the trouble of whisking and, if you drink tea as often as I do, perhaps carpal tunnel syndrome.

As mentioned, I was initially dubious. But after a few sips, I realized I dug this tea a lot, and I would not have it as often as I do now without the Cuzen Matcha machine. Time honored this machine as one of the top inventions of 2020: “There’s a beautiful—if time-intensive—method of preparing traditional matcha, which involves whisking sieved ground tea with hot water using a heated whisk in a small bowl. Cuzen Matcha gives tea drinkers the high-art tea experience via a high-tech automated system. A grooved ceramic plate grinds premium tea leaves…and dispenses them into a carafe that uses a magnetic mixer to create optimum foamy matchas.”

Yes, this is a $369 appliance, and the partially crushed matcha leaves are available for about thirty bucks a sleeve (which yields about twenty cups). Not cheap, but not quite as insanely crazy as the $10,000 grill—controlled via iPhone, powered by artificial intelligence—that I tested a few years ago.

The headline for the Time piece on the Cuzen Matcha is “A More Convenient Cup,” and this setup is certainly more convenient than measuring out the matcha, boiling the water and then whisking it… although the point could be made that one of the benefits of the Japanese tea ceremony is that it slows you down and supports a more meditative attitude toward your tea and your day.

Well, I’ve never been that keen on meditation. I respect the practice, and although I would not kick in any amount close to $400 for one of these tea makers, for the right person, this could be a suitable way to get a convenient booze-free buzz in January.