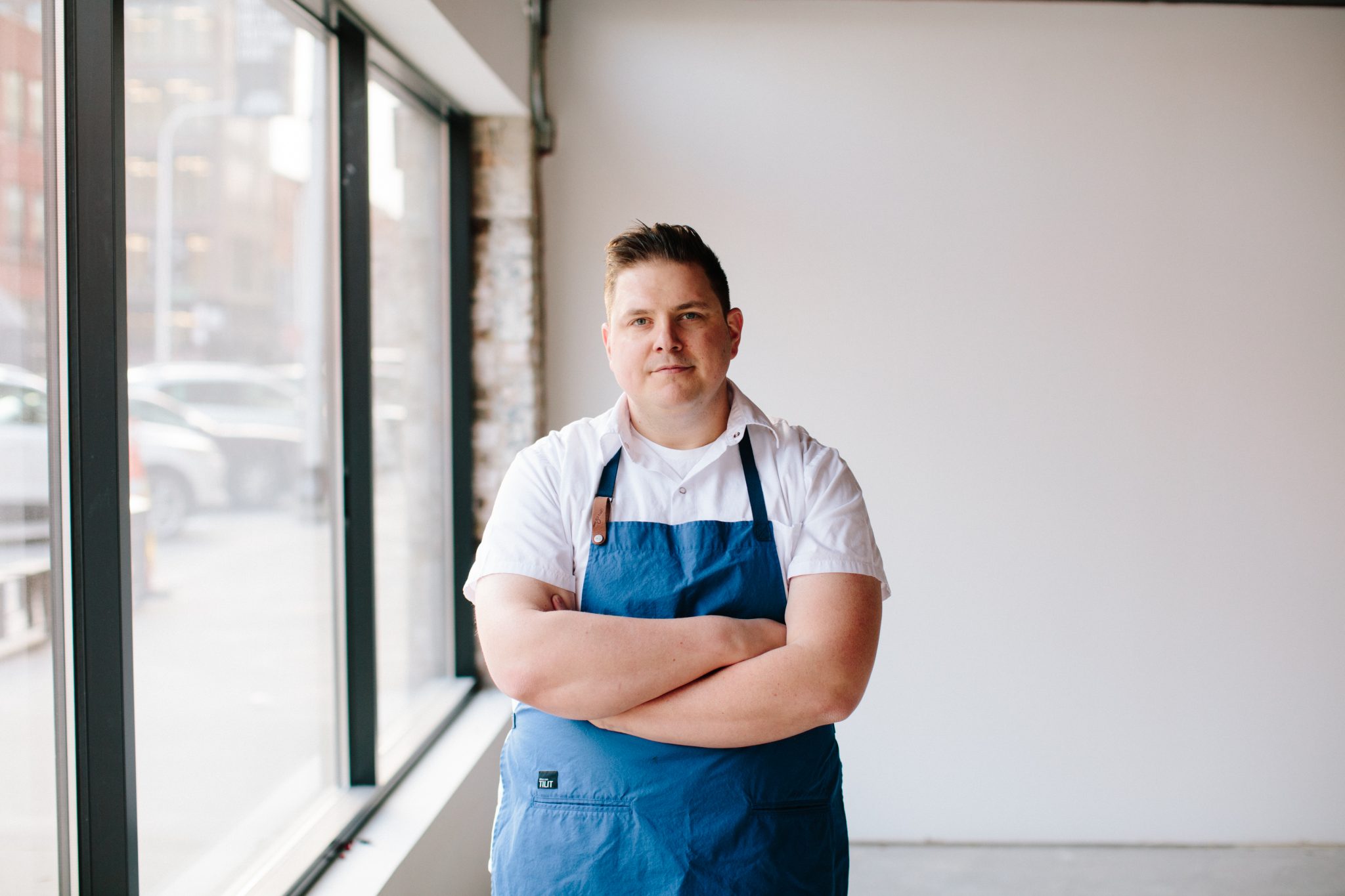 For a city once dubbed the “Second Croatian Capital,” ithere are very few Croatian restaurants in Chicago.

“This is just such an amazing culture with such great, amazing food, and it doesn’t get spotlighted somehow, especially for a city where we have such a big Croatian and Balkan population,” says Joe Flamm, former executive chef at Michelin-starred Spiaggia, “Top Chef” winner and owner of soon-to-open Croatian-Italian restaurant, Rose Mary.

According to the 2015 U.S. Census, about 6,000 Cook County residents identify as Croatian, but because Croatia didn’t have political autonomy when many immigrants arrived, they were counted with Slovenians or Yugoslavians. Community leaders estimate the actual number of residents with Croatian heritage to be 150,000 to 200,000.

Flamm’s family is Italian and his wife is Croatian. He’s cooked in Italy and since meeting his wife twelve years ago has spent multiple vacations eating his way through Croatia, learning about the culture and cooking at parties with family and friends. Not coincidentally, rosemary grows along the coasts in both countries and is a sign of good luck at weddings.

“I wanted to use things I’ve learned but also do something unique that felt genuine to me,” Flamm says. “To tell the story of Croatian food is where my life has gone, and it naturally just made sense.”

Flamm started his career at Grandma Mary’s in Chicago, where he learned the art of handmade pasta and pizza. He moved on to Girl & the Goat, Table Fifty-Two and bellyQ, and he held apprenticeships at Rome’s Glass Hostaria and Dal Pescatore in Runate, both Michelin-starred and beloved restaurants. Most recently, he cooked alongside Chef Tony Mantuano at Spiaggia and Cafe Spiaggia for nearly six years before leaving to start Rose Mary. 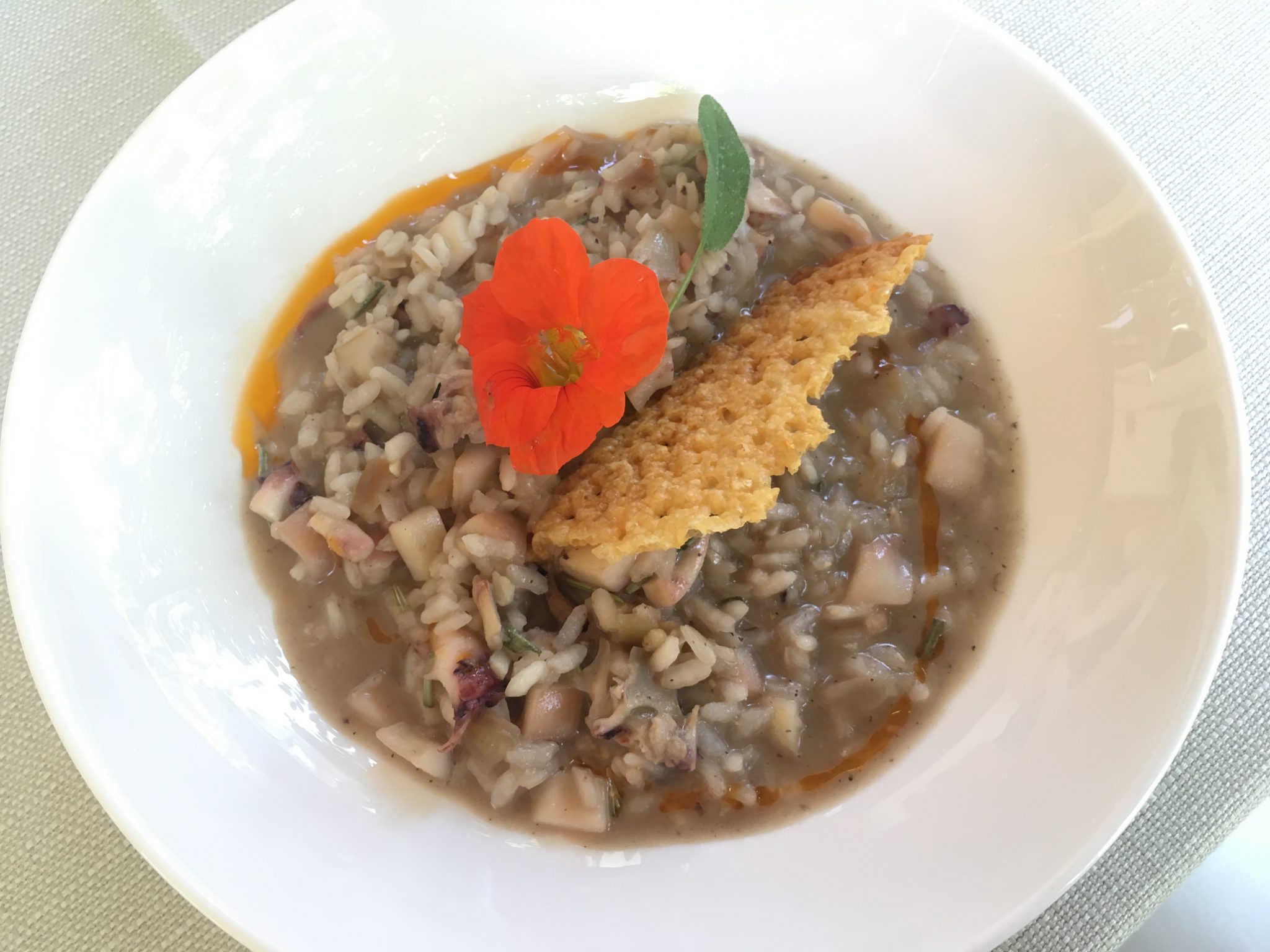 Italy and Croatia share the Adriatic Sea, and both cultures prize seafood, risotto, good olive oil and good wine. Driving along the coast of Croatia you’ll see large charcoal grills. “I was like, man,” says Flamm, “I want to build one of those.”

Bridgeport-based custom metal fabricator Wayward Machine Co came through with a hearth for the restaurant, which Flamm says melds Croatia to Chicago in his mind. “The smell of cooking on charcoal in Croatia made me nostalgic; it reminded me of summertime as a little kid on the South Side of Chicago, running through the neighborhood,” he remembers. “That’s when I really fell in love with the hearth idea. As much as you want it to transport you, it’s nice to have a tie-in to where we are.”

The Rose Mary menu will feature typical southern European dishes: shellfish and vegetables on the hearth with quality olive oil, four to five pastas, and two to three risottos.

“With my wife’s family, there’s always the risotto,” Flamm says, “but in their family they just call it the rice.”

Shrimp busara is popular along the Dalmatian Coast, and Flamm hinted at a soft-shell crab busara at Rose Mary—but don’t hold him to it; the menu hasn’t been tested yet—as well as a squid ink risotto.

Whatever dishes make it to the final menu, the emphasis will be on the ingredients.

“It’s about using what’s best around you,” Flamm says, “buying nice things and treating them simply.”

He’s bringing on young and “super-talented” pastry chef Hillary Grossman, who will also create a “banger gelato program,” and he’s working on a wine list spotlighting Croatian and Slovenian wines along with Italian.

“The wines from there are so fun, and they’re starting to have a moment,” he says.

Rose Mary is set to open April 1, after the pandemic halted plans to open in summer 2020. “We’re not gonna do this until the time is right, in a way that makes sense and is viable,” Flamm says. “It’s hard because we [chefs] spend our whole careers getting drilled into our heads ‘go, go, go,’ and we’re built to be absolute race cars, and now we need to idle, and it’s like, the car wasn’t built for this.”

Still, he feels lucky to have patient partners, and grateful to be able to open a restaurant after the year the industry has had.

“I see friends who are closing restaurants and laying off staff and losing everything,” he says, “so you’re just like hey, the worst thing that could have happened is we could have opened last summer.”

When Rose Mary does open on the corner of Fulton and Sangamon, it will have large front windows to let in fresh air, and a patio that in can seat thirty guests, although it could be extended around the corner to accommodate social distancing. After a year of confinement, Flamm hopes diners will be eager to enjoy his Adriatic drinking food and sip a glass of wine they might not have tried before.